The World’s Favorite Toys Are Back in the Adventure of a Lifetime!

This summer, Disney and Pixar’s “Toy Story 4” took audiences on a hilarious and heartwarming road trip with Woody, Buzz Lightyear and the whole gang, earning a 98 percent critics rating on Rotten Tomatoes and more than $1 billion at the global box office. Packed with old friends and new faces, the fourth film in the beloved Toy Story series, which leads Woody to an unexpected fork in the road, arrives home on Digital in 4K Ultra HD™, HD, and Movies Anywhere Oct. 1, and on 4K Ultra HD™, Blu-ray,™ DVD Oct. 8. 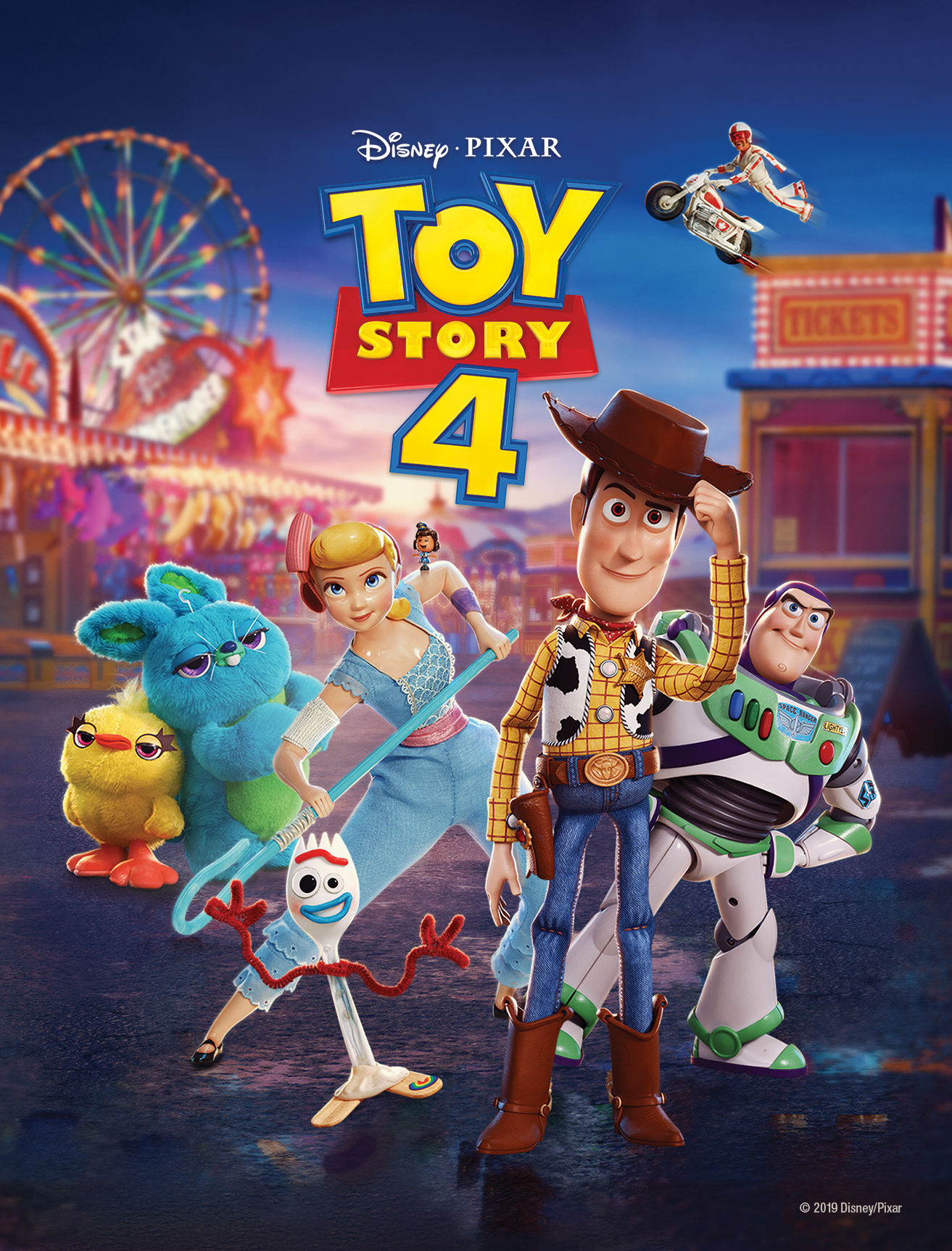 Fans who bring home “Toy Story 4” will be treated to over an hour of bonus features celebrating the film’s iconic characters, Pixar’s filmmaking team and the legacy of “Toy Story,” which began as the world’s first fully computer-animated feature film released nearly 25 years ago. Extensive extras includes deleted scenes such as an alternate ending, an all-new featurette with an endearing look back on Woody and Buzz’s legendary friendship throughout the years; entertaining studio stories shared by members of the Pixar team; a nostalgic look back at the creation and first storyboard screening of “Toy Story” with filmmakers; and the pioneering efforts of Pixar artists who created the sets, characters, look and feel of the original film and much more.

NEW FRIEND! – In Disney and Pixar’s “Toy Story 4,” Bonnie makes a new friend in kindergarten orientation—literally. When Forky—Bonnie’s craft-project-turned-toy—declares himself trash and not a toy, Woody takes it upon himself to show Forky why he should embrace being a toy. Featuring the voices of Tony Hale and Tom Hanks as Forky and Woody, “Toy Story 4” opens in U.S. theaters on June 21, 2019. ©2019 Dinsey/Pixar. All Rights Reserved.

In “Toy Story 4,” Woody (voice of Tom Hanks) has always been confident about his place in the world, and that his priority is taking care of his kid, whether that’s Andy or Bonnie. So, when Bonnie’s beloved new craft-project-turned-toy Forky (voice of Tony Hale) calls himself “trash,” Woody decides to teach Forky how to embrace being a toy. But a road-trip adventure, including an unexpected reunion with his long-lost friend Bo Peep (voice of Annie Potts), shows Woody how big the world can be for a toy. In addition, carnival prizes Ducky (voice of Keegan-Michael Key) and Bunny (voice of Jordan Peele) bring a new level of fun to the film.

The must-own, fourth installment in the Toy Story series will be packaged several ways to ensure families get the most out of their in-home entertainment experience. “Toy Story 4” arrives home a week early on Digital 4K Ultra HD™, HD and SD with two exclusive extras including a deleted scene, “Bonnie’s Playtime”.  A physical copy of the film is available as a 4K Ultra HD™ Combo Pack (4K Ultra HD, Blu-ray, and Digital Code), a Multi-Screen Edition (Blu-ray, DVD and Digital Code) and a single DVD. Fans who wish to relive all four Toy Story adventures may opt for a Digital bundle, which is available for pre-order.

BONUS FEATURES (may vary by retailer) 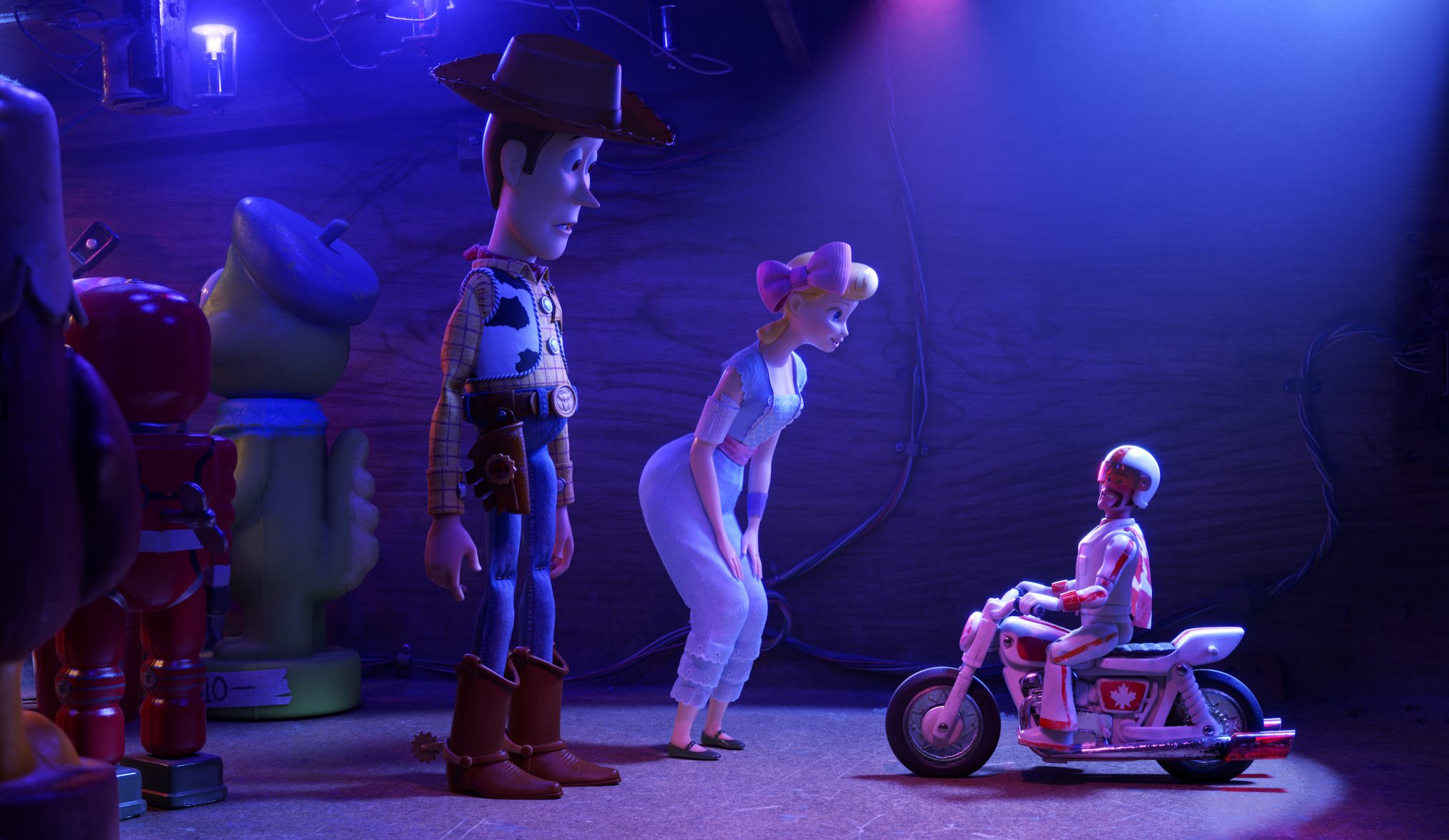 DUKE CABOOM – In Disney•Pixar’s “Toy Story 4,” Woody and Bo turn to a 1970s toy called Duke Caboom for help. Based on Canada’s greatest stuntman, Duke comes with a powerful stunt-cycle, and he’s always prepared to show off his stunt poses with confidence and swagger. Featuring Keanu Reeves as the voice of Duke Caboom, “Toy Story 4” opens in U.S. theaters on June 21, 2019…©2019 Disney•Pixar. All Rights Reserved.

“Toy Story 4” is directed by Josh Cooley, and produced by Mark Nielsen and Jonas Rivera. Andrew Stanton, Lee Unkrich and Pete Docter are executive producers, and Stanton and Stephany Folsom wrote the screenplay. Longtime “Toy Story” collaborator Randy Newman composed the score and wrote two new original songs, “I Can’t Let You Throw Yourself Away,” performed by Newman, and “The Ballad of the Lonesome Cowboy,” which is performed by Chris Stapleton for the end credits.

Check out all the fun printables and MORE in my previous Toy Story 4 Post!