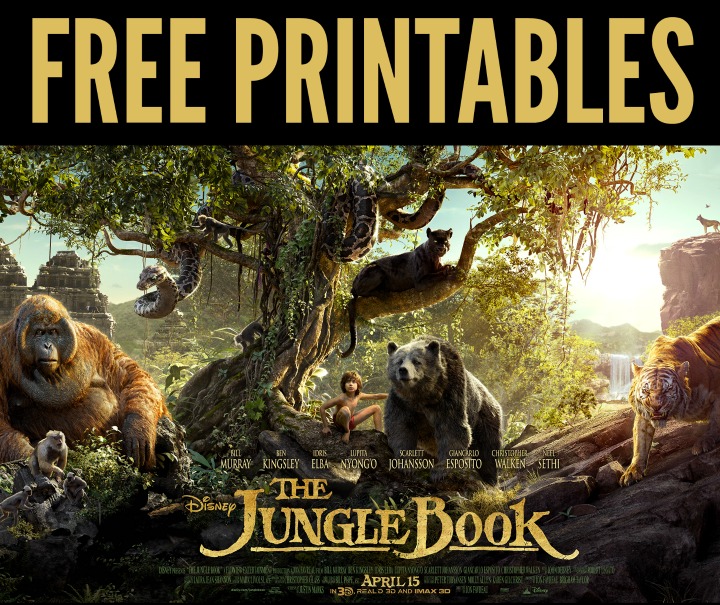 Have you ever wanted to visit the jungle of India?  With Disney’s latest The Jungle Book the audience is going to do just that!   When we go to the theater to see The Jungle Book on April 15th the creators of the film hope we are transported to another world!  They used “the best of the photo-real animation process, the best motion-capture techniques and the best of live-action shooting and combined these three things in a way that nobody’s done before.”  This is going to give us a spectacular view of the jungle!

“The audience will feel the grandeur of the Indian jungle, adds visual effects supervisor Rob Legato. “They’ll experience this exotic land. That’s part of the fun of going to the movies—seeing a place you’ve never seen before. Living it. Walking through it.”

When I read more about all of the technology and hard work that went into the film I was really intrigued.  So much of the film and set is computer generated that they built very minimal sets for newcomer Neel Sethi to perform in. I cannot imagine being an 11 year old child working on a major motion picture film, and having a set with barely anything on it.  That would make me feel so vulnerable, yet, Sethi was able to do it.

“We could look at the monitor and see the virtual set we’d already built and how it married perfectly into that environment,” says director Jon Favreau.“We could get the full picture when we looked at the monitor with the Simulcam in it. We could move the camera and see off into the distance—we could see every mountain and tree that was supposed to be there.”

Doesn’t this process sound really cool to you?  I haven’t been this excited to learn more about the technology side of a Disney film since the first time I saw the behind the scenes preview of the Lion King!

“The Jungle Book” is an all-new live-action epic adventure about Mowgli, a man-cub who’s been raised by a family of wolves. But Mowgli finds he is no longer welcome in the jungle when fearsome tiger Shere Khan, who bears the scars of Man, promises to eliminate what he sees as a threat. Urged to abandon the only home he’s ever known, Mowgli embarks on a captivating journey of self-discovery, guided by panther-turned-stern mentor Bagheera, and the free-spirited bear Baloo. Along the way, Mowgli encounters jungle creatures who don’t exactly have his best interests at heart, including Kaa, a python whose seductive voice and gaze hypnotizes the man-cub, and the smooth-talking King Louie, who tries to coerce Mowgli into giving up the secret to the elusive and deadly red flower: fire.