Mrs. Renfro’s offers a variety of gourmet salsa and sauces that are ready to eat or you can add them to your recipes to make your dishes POP with flavor.

I was able to sample four of Mrs. Renfro’s products including one barbecue sauce, two salsas and a nacho cheese sauce. My daughter and husband actually did the taste testing for me. They set up a tasting bar, heated up the nacho cheese sauce, grilled up a couple pork chops so they could try the barbecue sauce, and we made tacos the night of the testing so that we could make it a night of festive eating.

I love that if I want to try something new, Mrs. Renfro’s provides recipes on some of the bottles and on the website.

“Renfro Foods is an award-winning third generation family business founded 75 years ago by George and Arthurine Renfro in their north Fort Worth garage, as a packaged spices and pepper sauce business. It later expanded to include syrup, jellies, preserves and chow chow, and then salsa.”

The first thing to be tasted was the barbecue sauce. Mrs. Renfro’s Chipotle Barbecue Sauce with a heat range of Medium: the consensus was that there is a smokey flavor with a nice tang and a hint of pepper spice, not too hot. It’s a southern type of sauce with a tomato and vinegar base. It would be good with chops, ribs or even on a burger with fried onions. 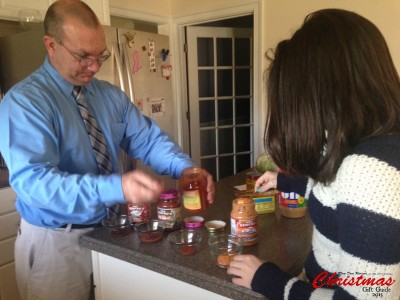 The second product my little tasters tried was Mrs. Renfro’s Black Bean Salsa. “I love it! It tastes really, really, really good!” Rosie says. She also told me that it’s not a hot salsa, even though it has a medium heat rating. She did say that it does warm up after a while, but it’s not an instant hot like some salsas have. My husband, Bubba says that it was great! He says that it was good with a smokiness and sweetness with a decent bean flavor. He says that it’s a good side for taco night. 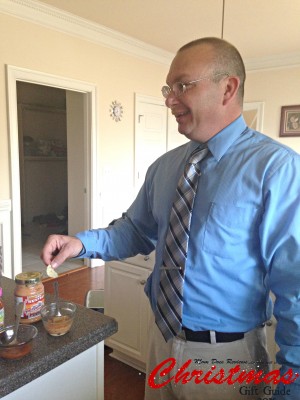 The third product that Bubba and Rosie tried was Mrs. Renfro’s Mango Habanero Salsa. This immediately heated up and they ran for the milk! They weren’t expecting the immediate heat, so it scared my daughter away from trying it a second time. But, even that little taste did give her a sweetness and heat. However, Bubba told me that with the second taste, it wasn’t as hot as the first taste. He said that the first taste took him by surprise! He said that it was sweet and citrusy and it would pair good with fish. It does have a medium hot rating.

The final product that my tasters tried was Mrs. Renfro’s Nacho Cheese Sauce with Chipotle. This was another product that Bubba said would go good with cooking. He said it was good with chips, but it would also be good with Philly cheese sandwiches. (We did make those the following night with this sauce and they were delicious!) The sauce has a nice smokey flavor from the peppers. Rosie said it wasn’t too spicy and she said it was okay.

I’m a fan of anything that makes my family happy and makes my job (cooking) easier. I was shocked when my teenaged daughter wouldn’t stop eating the black bean salsa. I can’t get her to eat anything that has “bean” in, for obvious reasons. She wouldn’t stop eating it! Half the jar was gone before the tasting was over. Mrs. Renfro’s salsas and sauces will make a perfect addition to your dinner or a perfect gift any time of the year. You can make them into a gift basket or put them into stockings.

We have added Mrs. Renfro’s delicious salsa’s to our Christmas Gift Guide! 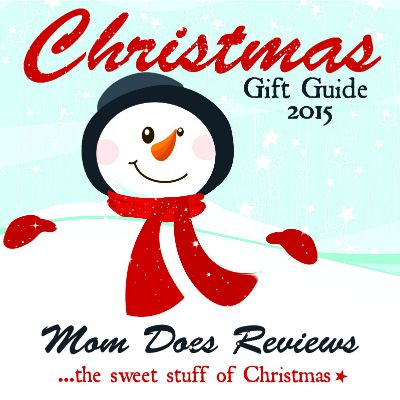