Hocus Pocus has been a Halloween classic for decades, and thanks to its outrageous characters, memorable quotes, and quotable catchphrases, it’s become a cult classic as well. It’s a great movie for Movie Night Parties! The film is filled with memorable and lovable characters that we’d gladly see again.

Bette Midler, Sarah Jessica Parker, and Kathy Najimy Star in the Original Movie “Hocus Pocus 2.” I saw it Friday night when it was released on Disney+.

These Hocus Pocus Party Pack Printables are perfect for your next family movie night! 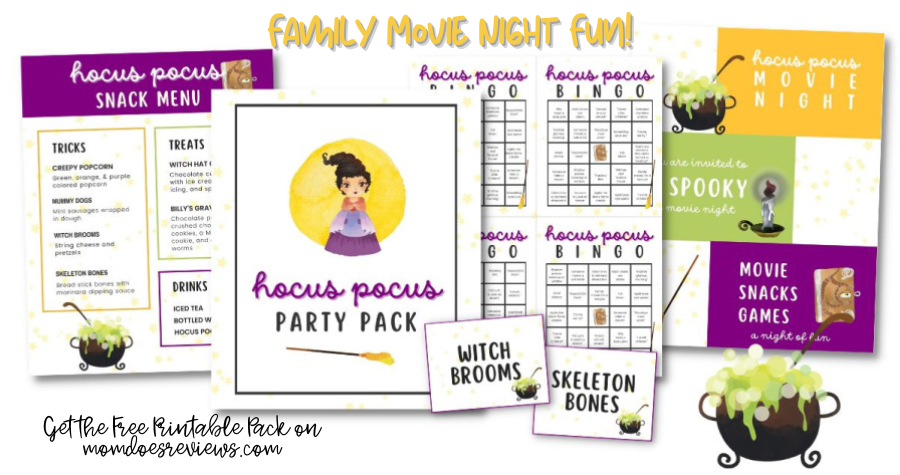 I hope you love these printables as much as  I do!  Print all the Hocus Pocus Party Pack pages or just pick the ones you need! 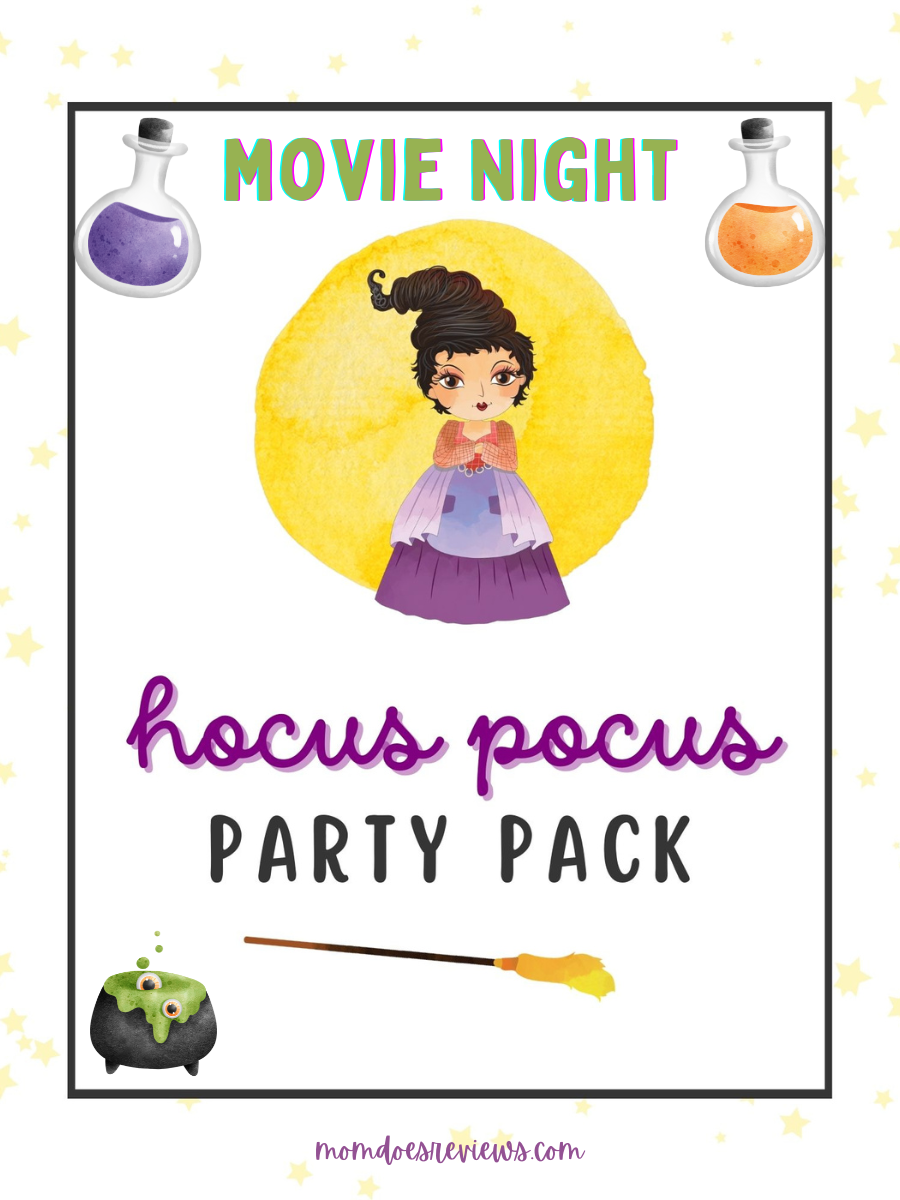 Print these fun invitations to give to family and friends.  Everyone loves movie night!  Hocus Pocus is a great movie you can watch all year long! 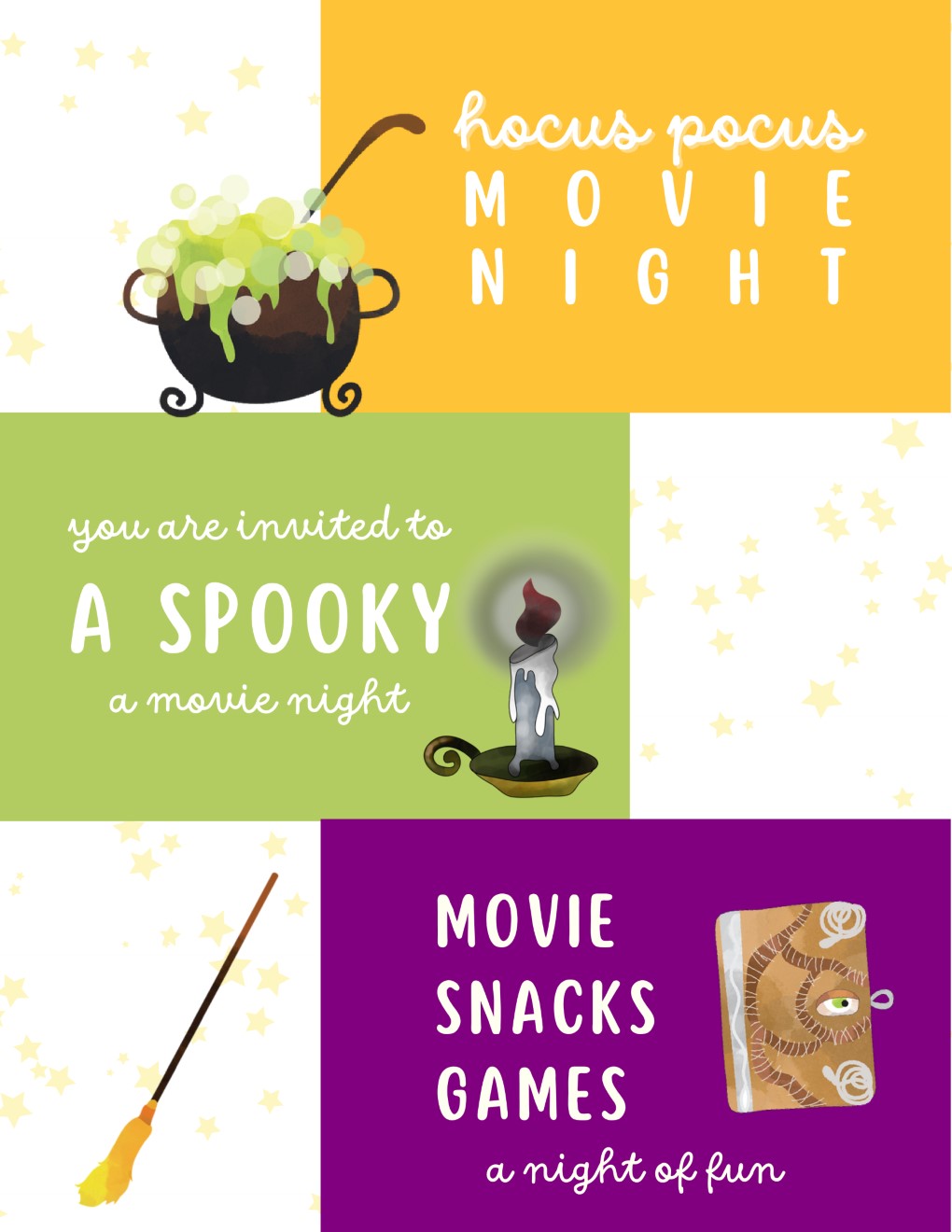 These Bingo Cards are my favorite activity in the party pack! Nothing like a little competition while you’re watching a movie!

Don’t have any Bingo Markers?  I like these Transparent 6 Color Bingo Counting Chips. 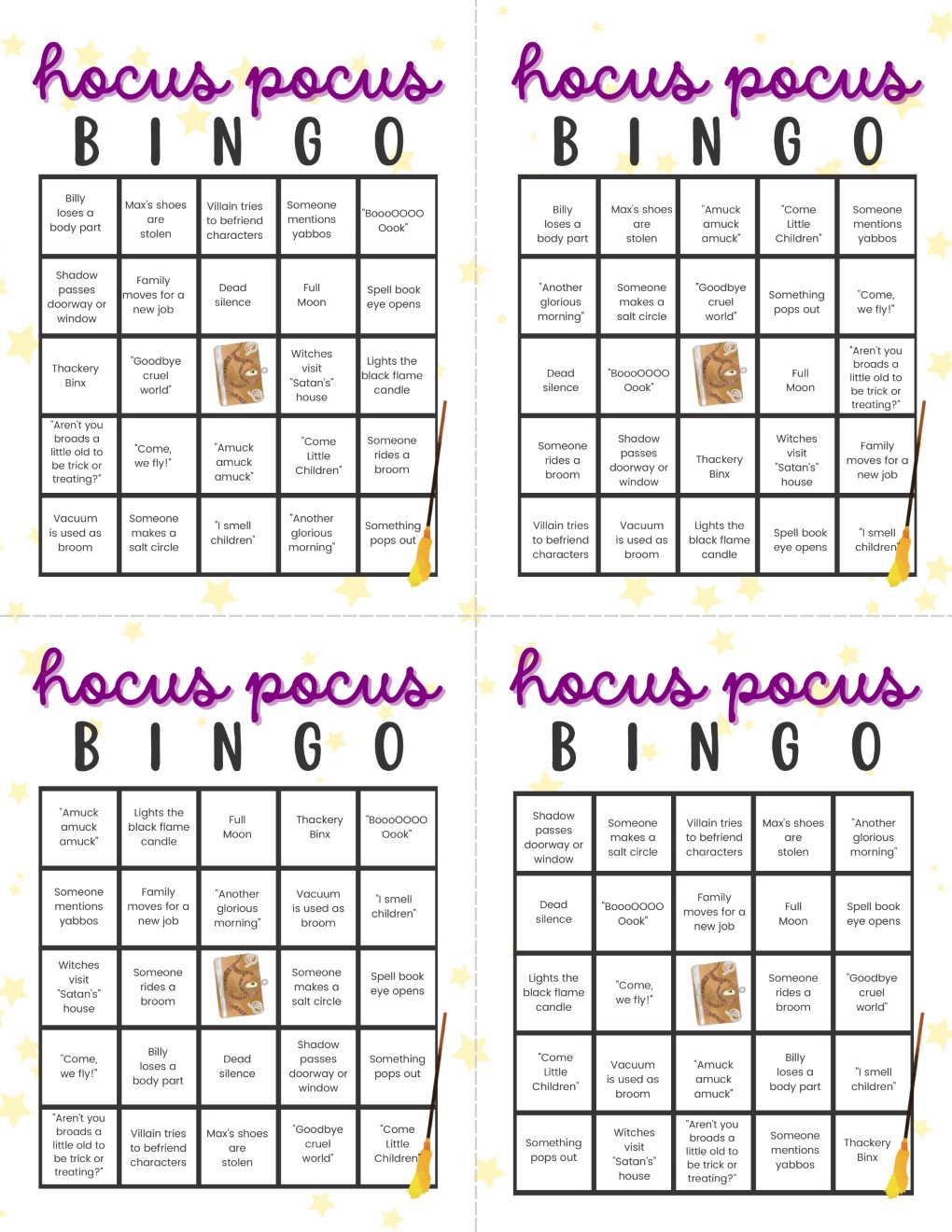 You can’t have a movie night without snacks! 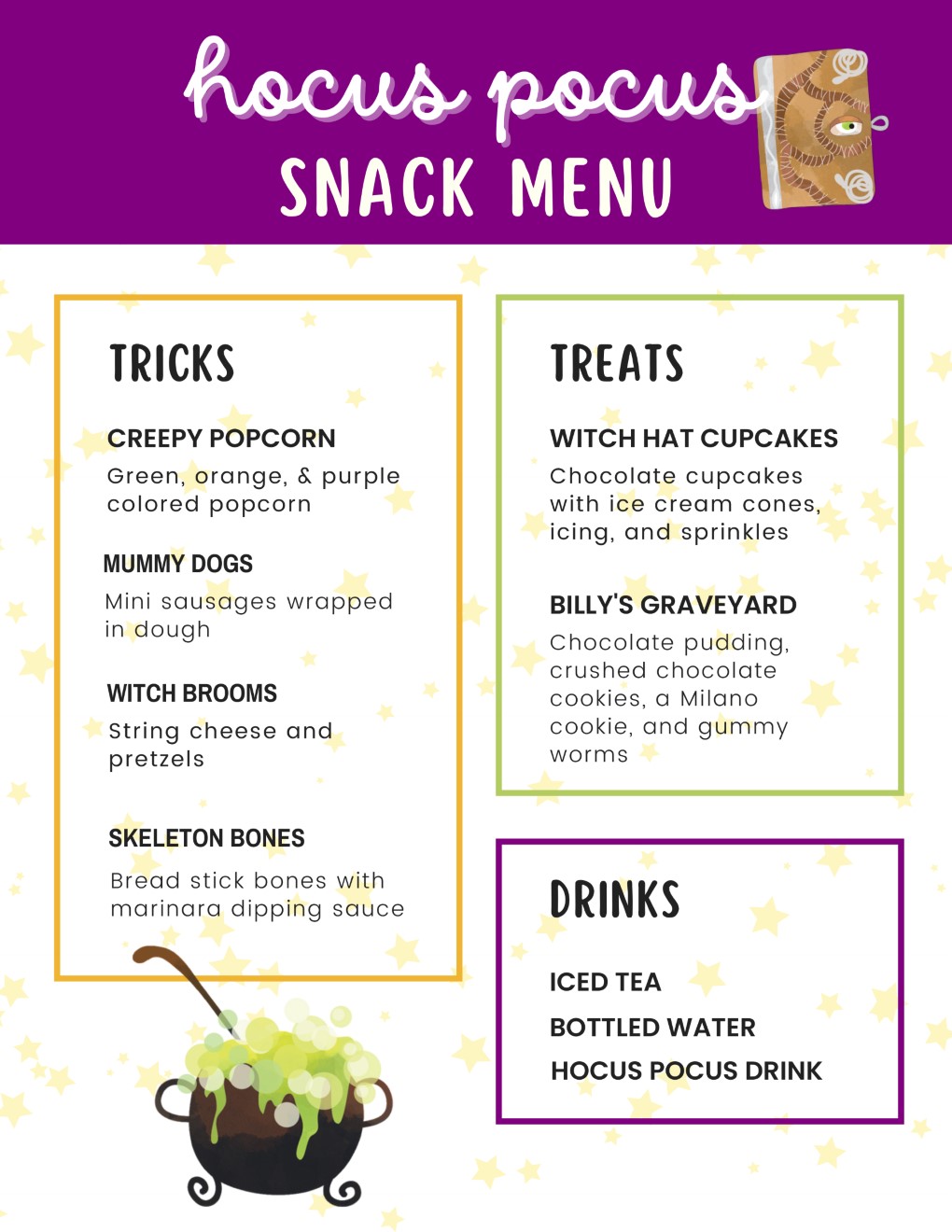 The role of Thackery Binx was originally offered to Brad Pitt.

Brad Pitt was reportedly offered the part of the boyfriend (who turns into a cat) written for Thackery Binx. He ultimately turned it down to star in Legends of the Fall instead. Thackery Binx was eventually played by a relatively unknown actor, Jason Behr.

He later appeared on shows like The O.C. and Brothers & Sisters. The role of Billy Butcherson (the boyfriend turned into a goat) was also offered to Brad Pitt, but was turned down. Pitt reportedly opted to do Interview with the Vampire instead.

It’s a shame, really. The movie would have been a lot better with Brad Pitt in it.

Filming for Hocus Pocus took place during the summer of 1992. The movie was shot in 21 days, with an additional 5 days tacked on for reshoots. The shoot was extremely short, with a total of 16 days spent on location.

It’s truly impressive that this movie was able to be made at all, especially considering many of the problems. There was a lot of tension on set (more on that later), and the shoot went way over budget.

On top of that, cinematographer Michael Fink had to undergo emergency surgery during filming. He was replaced by two separate cinematographers. Hocus Pocus was expected to be a big hit, so the studio was willing to cut the filmmakers some slack.

What’s your favorite fact from either Hocus Pocus Movie?  Let us know in the comments below.