Playgrounds can be a place where children learn the basics of physical and mental development. Every time they go to the playground, they are exposed to various activities that help them grow up healthy and strong. It’s a place where a kid can just let go and be a kid.

Besides, who doesn’t enjoy a good swing on a swing set, right? But even with that, there is something just so magical about inclusive playground equipment.

It’s where kids can go to be a kid, and it’s where parents take their kids to enjoy themselves and see their little ones have fun. While having fun is one of the biggest benefits, did you know there are several more major perks to having children play on the playground? It’s true!

Here are some major benefits that playgrounds have for children! 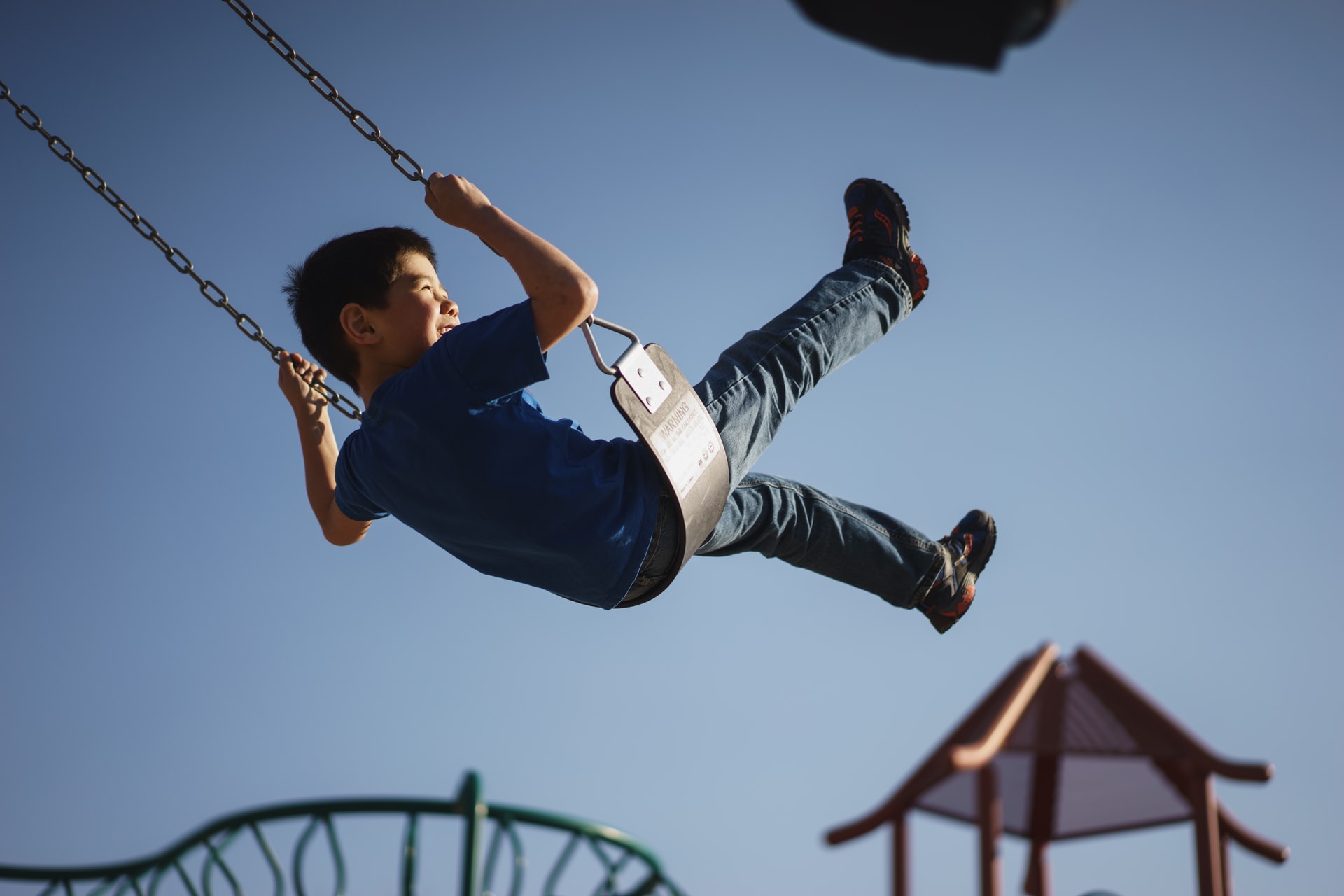 It’s a great place where children can learn all about their bodies. This includes what their bodies are able to do, their strength, flexibility, and so much more. Playgrounds can essentially be seen as a fun way for the child to teach themselves about physical education.

Not only that, but it helps improve their cognitive stimulation as well. That good ol’ reaction time can be greatly increased through this way too.

When schools have recess, they push for social interaction during the playground. But even outside of this, taking your kid to a public playground will allow your kid to be less shy and more outgoing towards other children that are playing.

Taking them to a playground is fun & easy, it’s a way to get to make friends, be less afraid of other kids, and the social interaction is very good for them too. 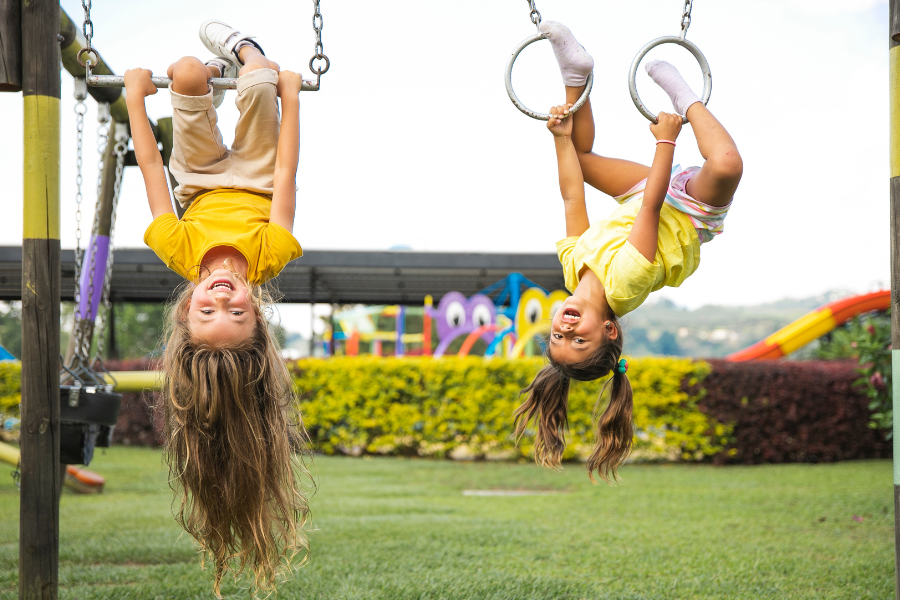 Children can imagine slides as castles, climbing walls as mountains, and swing sets as dragons. So keep fueling this creative thinking by helping them play in the great outdoors!

Just as adults may need to work out, run, or punch something to let out some steam, the same can be said about children too. They need to have an emotional release if they’re feeling stressed, angry, sad, or maybe even tired. They’re little humans but they aren’t that different compared to adults.

Having an emotional release can be very good for them. It’s honestly very healthy rather than trying to get their emotions bottled up or hoping they fizzle out. 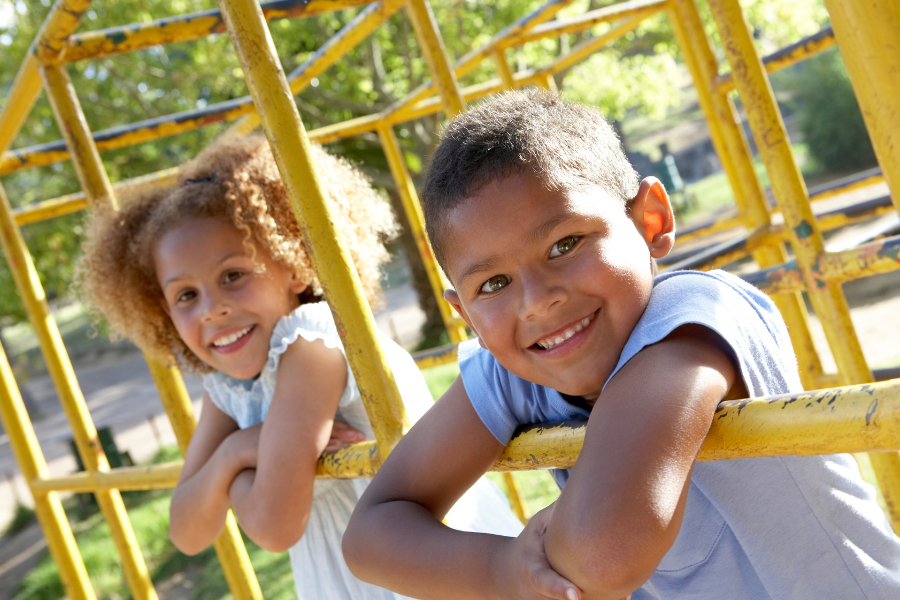 Whether it’s climbing up the rock wall, going across the monkey bars, or even running through the swing bridge. Playing around in the playground can actually help out with developing problem-solving skills for children. In general, most toys will allow this for children, and this also helps them think outside the box.

Being on the playground allows them to run better, do flips, solve problems quicker, test out their bravery, and even talk to other kids without the worry of any judgment. Confidence is key, and it’s vital that all of this starts at a very young age. 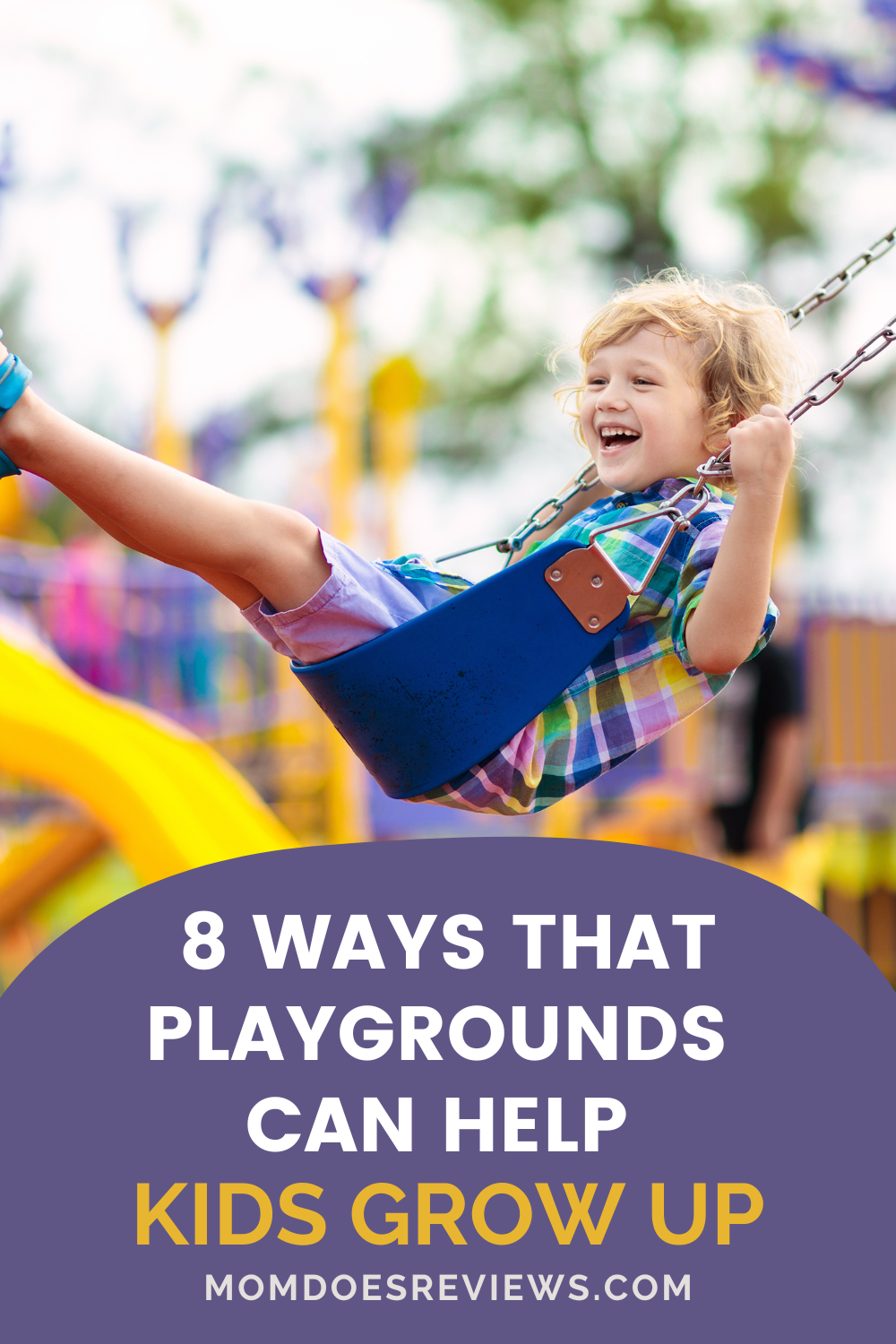 This goes hand in hand with creative thinking, playing is already one way that a child can express themselves. But it’s important that a child isn’t afraid to express themselves in front of others. A public playground basically pushes that self-expression in public is okay and that it can be fun. It also helps children think less of other people’s opinions too.

Not being afraid of sliding down the pole, going down the big slide, or doing a flip can really push a child to stay brave. Even if other kids are picking on them at the playground, this teaches them to be brave and to stand up for themselves.

The playground can really push all of this on a child, that bravery to do anything they want, that confidence to believe they can. These are mini lessons that can honestly last a lifetime.