How to take your family night to new heights? With the Jenga GIANT of course! Jenga® is the classic block-stacking, stack-crashing game where players take turns pulling hardwood blocks from the tower and placing them on top. With this game you can expect taller stacks and much bigger crashes when someone loses the game. What is especially nice about this game is that everyone in the family will enjoy playing it. 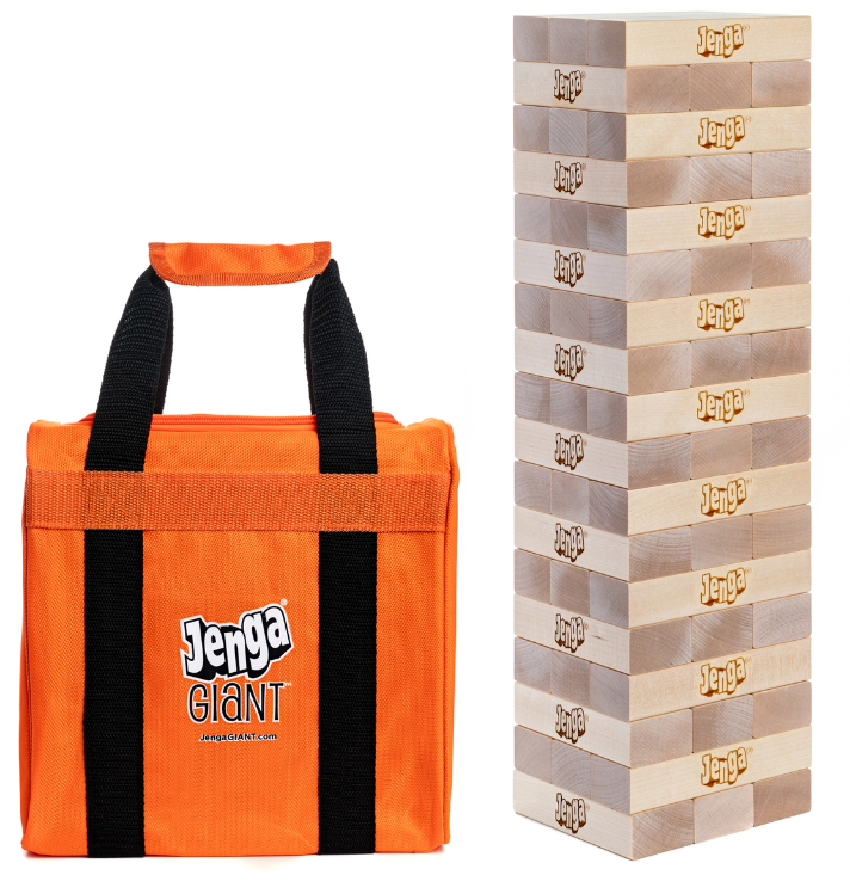 Jenga is a game of physical and mental skill. Built on the simple premise of stacking blocks, Jenga engages players of all ages, across all cultures. Jenga’s success rests on its solid play value. Players take turns to remove a block from a tower and balance it on top, creating a taller and increasingly unstable structure as the game progresses. 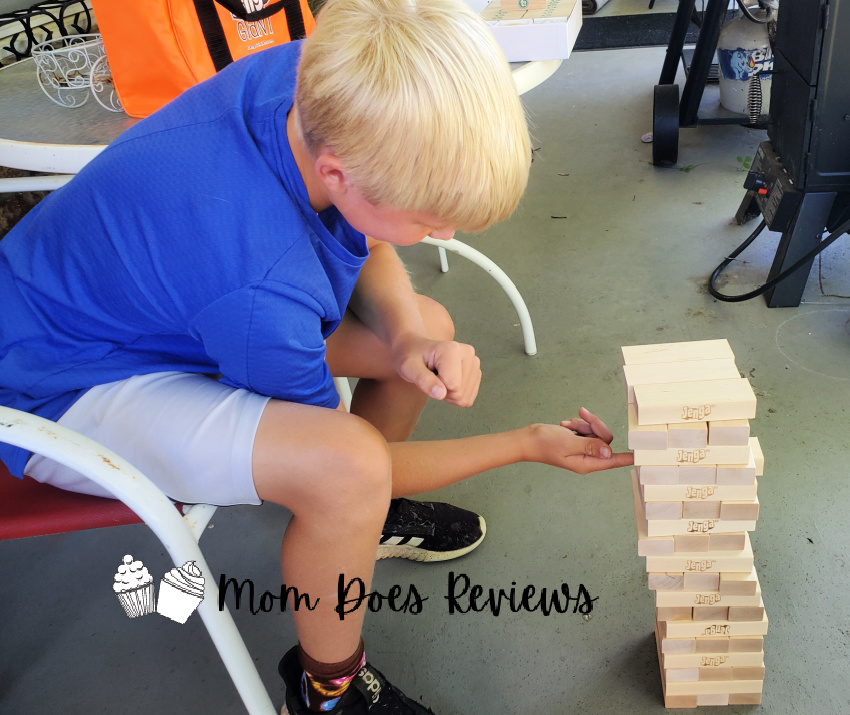 Looking for a Jenga set that will really stack up and take your family night to new heights? Look no further than this Jenga GIANT Set. This officially licensed set includes 54 hardwood blocks, nearly 15 times the size of the classic variety. That means the tower can stack to more than three (3) feet high! But when it comes crashing down, it’s sure to be amazing! The Jenga GIANT Set is heavy-duty and can be played both indoors and out. It’s also suitable for one or more players, making it a great game for all occasions. Plus, it comes with a handy Jenga-branded transport bag for easy storage and transport. 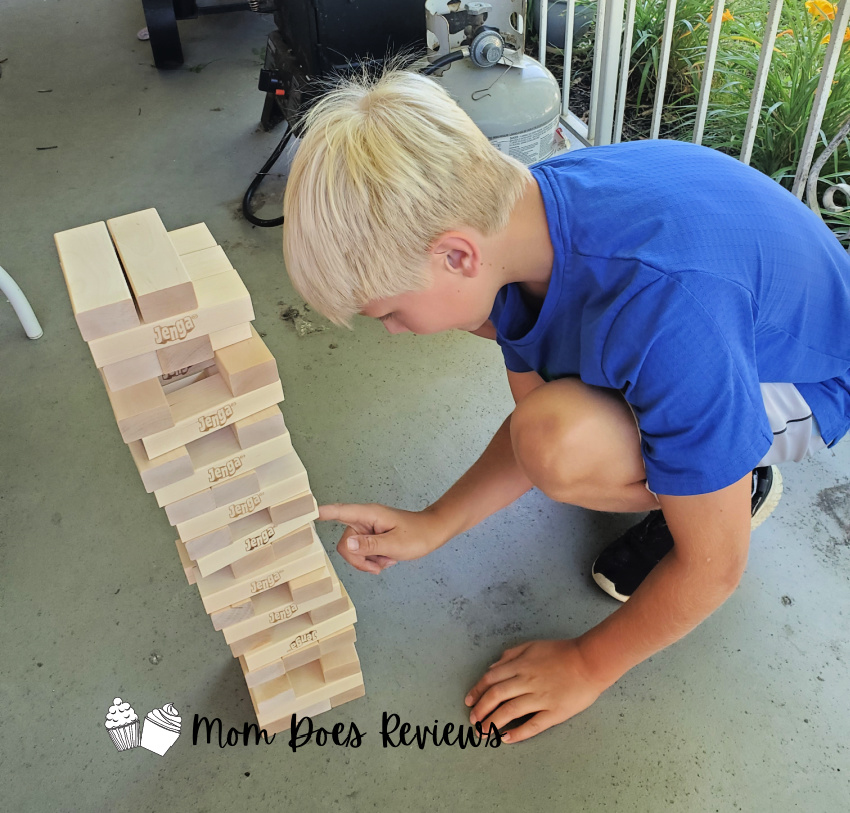 How to play Jenga 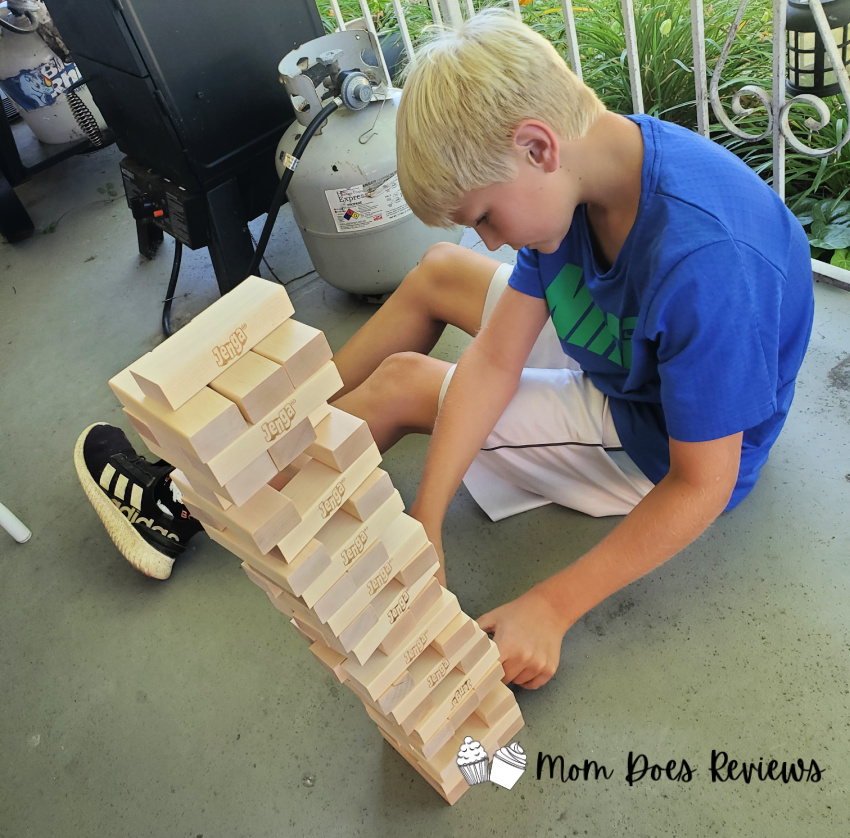 At the start of the game, the tower stands nearly 18 inches high. But, as pieces are removed and balanced on the top, the tower can become over three (3) feet high! So whether you’re looking for a fun game to play at your next party or just want to take your family night to new heights, the Jenga GIANT Set is sure to please. Grab your Jenga GIANT today on Amazon. 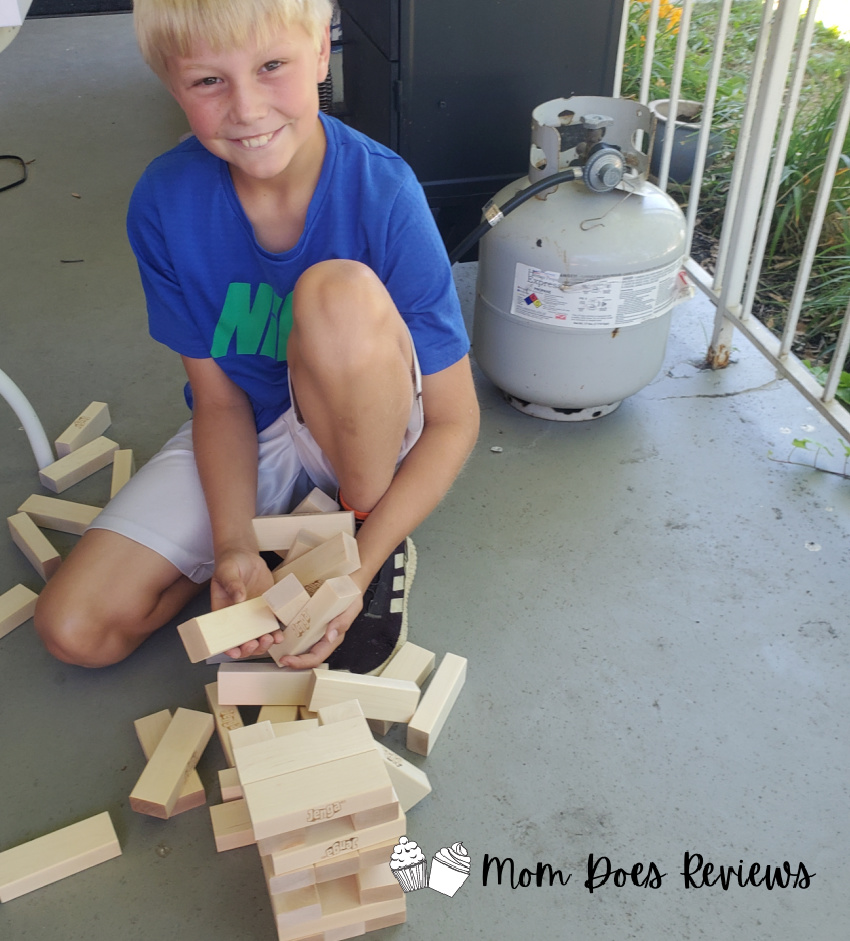 Make sure to follow Jenga GIANT on social media: 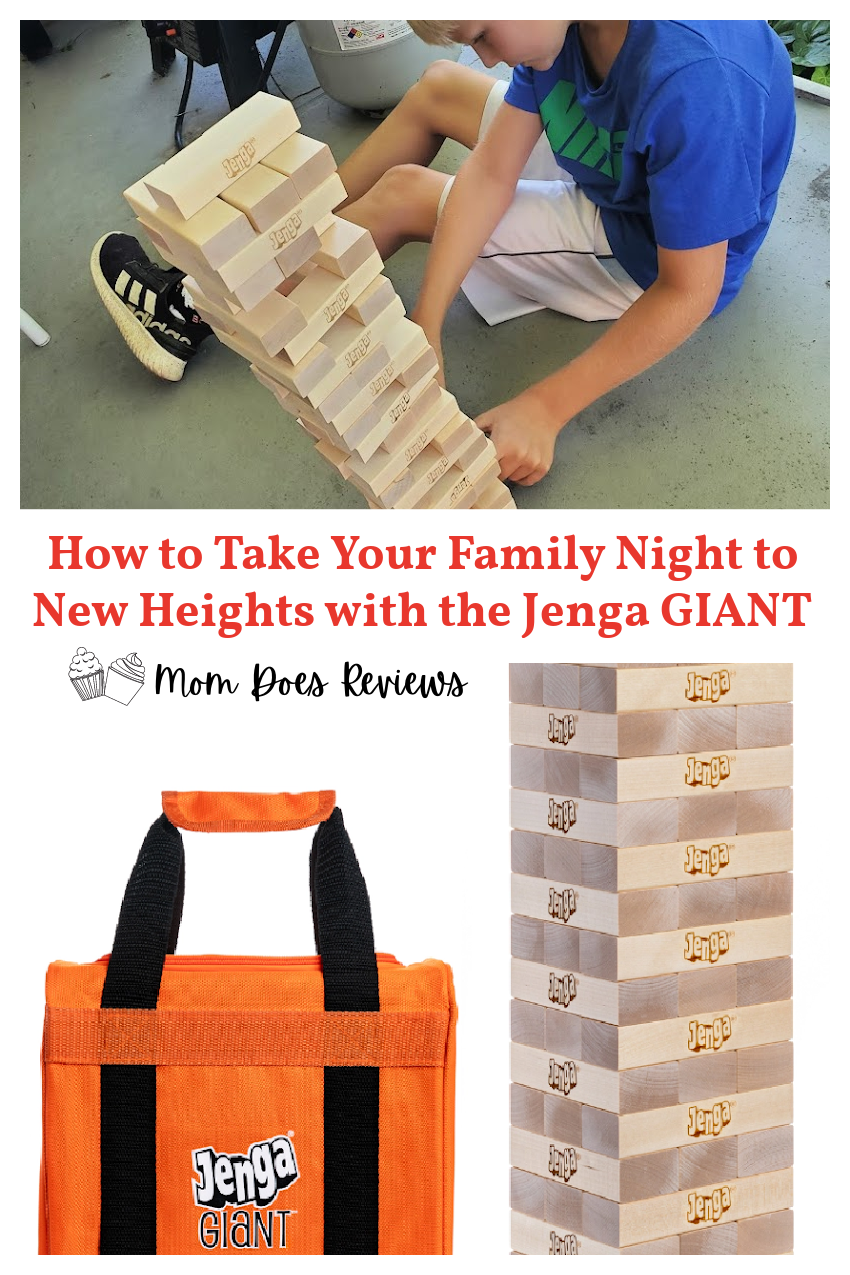 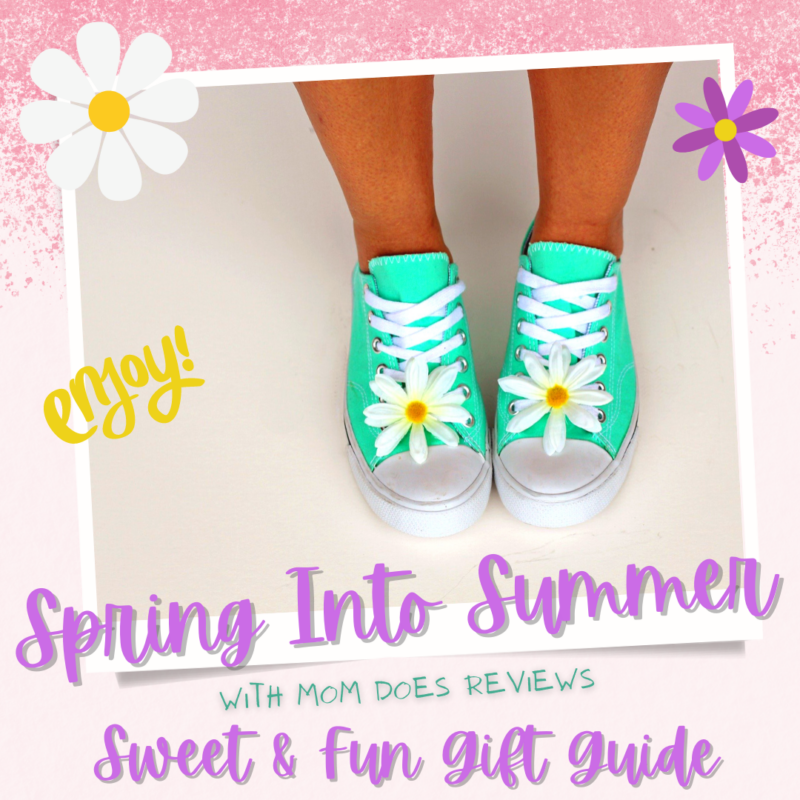