Often people believe that the difference between chow mein and lo mein comes down to the type of noodles used. This finding makes sense since chow mein noodles are delightfully crunchy while lo mein noodles are velvety soft. The way the noodles are prepared, not the kind served, distinguishes chow mein from lo mein.

To help you understand more about Asian food, we’ll discuss what chow mein and lo mein are and the culinary differences between the two favorite meals. We’ll also talk about the process of preparing chow mein and lo mein, as well as particular techniques followed for each so that you can try them out at home. 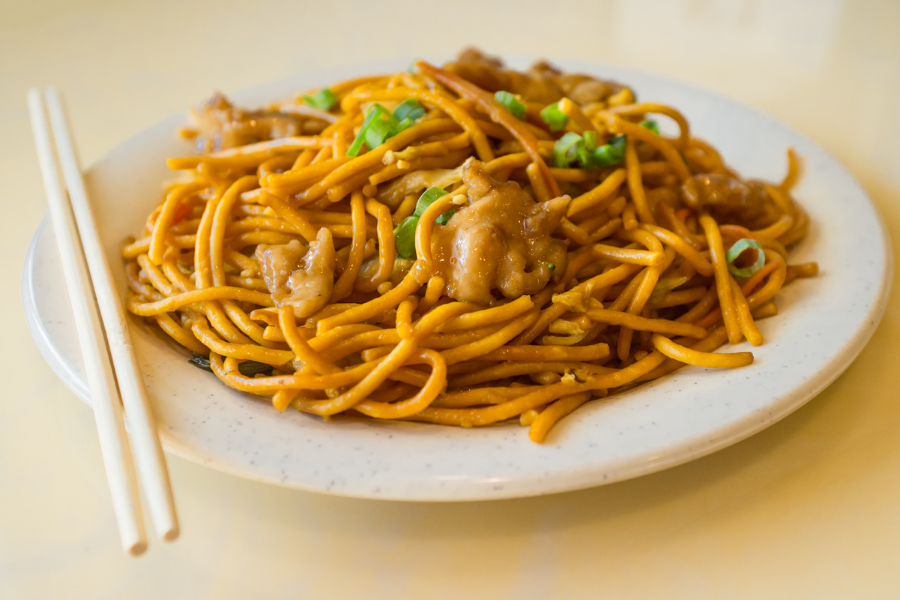 Let’s get to know how both the noodles are prepared in detail, the taste, texture, the preparation process, the difference; lo mein vs chow mein noodles.

How is Chow Mein Made?

Chow mein is a term that generally refers to fried noodles. Chow mein meals are divided into two categories: fried and steamed.

The noodles are the central character of the meal in both varieties of chow mein recipes. Any additional veggies or protein elements are reduced to a minimum so that the crisp noodles are not overshadowed. These toppings are put on the noodles once they’ve been boiled and well fried according to their type, letting the chef concentrate entirely on crisping the noodles to precision.

For chow mein preparation, the sauce is also used sparingly. Rather than smothering the noodle in sauces, a chow mein meal lets the crunchy noodles show through without getting mushy. Crispy chow mein is sometimes served with a rich, dark sauce, which smoothens the crispy skin of the noodles and gives them a creamier, chewy texture. 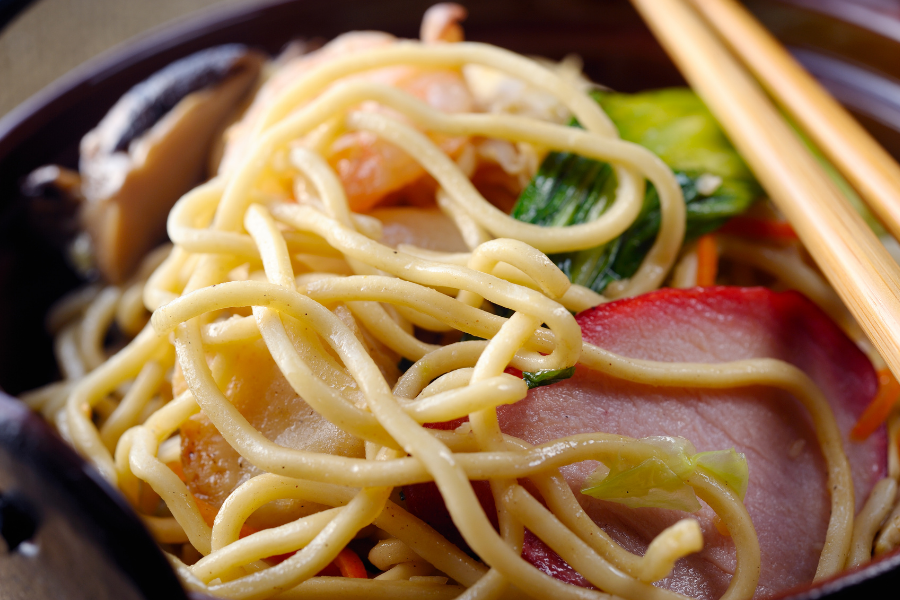 How is Lo Mein Made?

Lo mein is a Chinese dish that consists of mixed or scrambled noodles. The most common ingredients in a lo mein meal are veggies and protein, such as poultry, beef, pig, shellfish, or tofu. Lo mein is essentially a dry version of conventional noodle soup. The noodle meal is coated in a spicy sauce to give it the feel of soup.

Lo mein is cooked with boiling and strained noodles that are thoroughly cooked. These prepared noodles are mixed with various veggies and meats that have previously been fried in a wok. Mix all the ingredients carefully till the noodles are barely cooked through. The additional sauce can be poured over the wok during this stage to complete the preparation.

Lo Mein Vs. Chow Mein: Which is Better?

If you think chow mein is lo mein is the same thing, you’re not alone. Whenever you see the term “mein,” it’s tempting to believe they’re both the same food. Nevertheless, since “mein” basically means “noodles,” conflating chow mein with lo mein is like mistaking ravioli for tortellini. These culinary phrases relate to a sort of Italian pasta, however, they are not the same.

Chow mein implies fried noodles in English, while lo mein means tossed or mixed noodles. As chow mein and lo mein are both noodle meals, the major difference is the process followed to make the noodles. The following are the primary distinctions among each Chinese noodle restaurant’s cooking styles:

The cooking methods for chow mein and lo mein are radically different, even though both recipes ask for comparable components. Before stir-frying, chow mein noodles are soaked in warm water to moisten them.

The noodles, as well as the additional ingredients, are thoroughly cooked throughout the stir-frying procedure. Lo mein noodles, on the contrary, are fully cooked before being combined with the meat, veggies, and sauce. The lo mein components are lightly combined and tossed rather than stir-fried.

Chow mein is a dried noodle meal with a mild and light sauce if anything at all. Lo mein is a mushy and chewy noodle meal that gets most of its flavor from a thick sauce.

Although both noodle recipes benefit from being fried in a wok, the method used varies. To make chow mein noodles, heat a little oil in the wok over high heat and gently cook the contents while stirring constantly. Rather than being fried, the noodles in lo mein are just combined and mixed with the remaining ingredients. 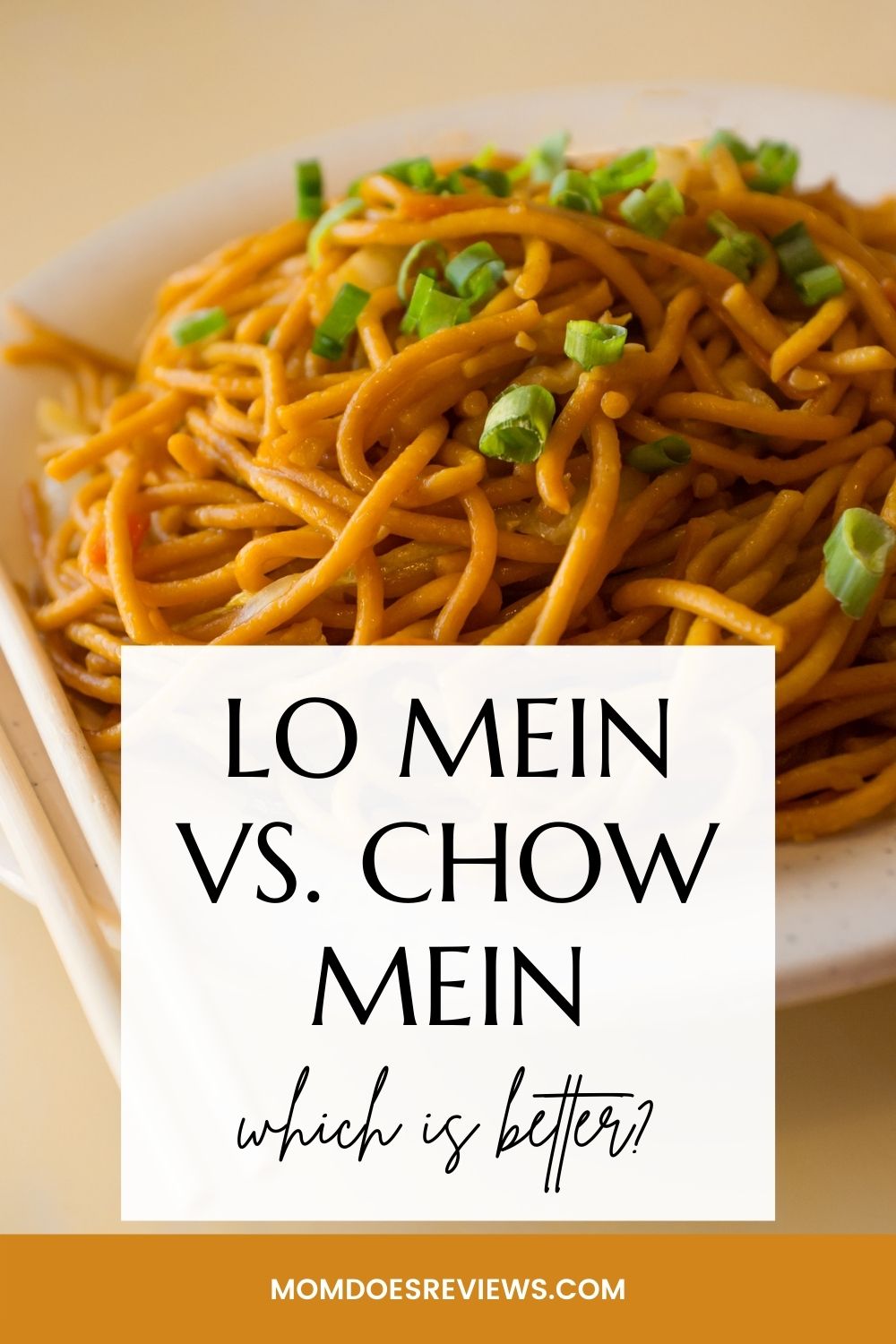 In the end, it all gets down to personal preference. The sauce soaks up more of the chewy lo mein noodles. A chow mein meal, on the other hand, offers a broad range of textures. Delicate mushrooms, black beans, and luscious tomatoes,  mixed with crisp noodles and celery.

Some people favor the crispness of dry egg noodles perfectly stir-fried into a delectable chow mein meal, whereas others prefer a hot bowl of saucy and chewy lo mein.