Have you heard of CBG?

If you’re a fan of CBD, then it’s time to meet your new favorite cannabinoid. CBG is the latest and most exciting player in the game. It has some incredible benefits that make it worth trying.

One of the best ways to use this cannabinoid is by vaping distillate – but before we get into what CBG distillate is, let’s talk about how fantastic this precursor cannabinoid is! What is CBG and is it right for you? Read on to find out! 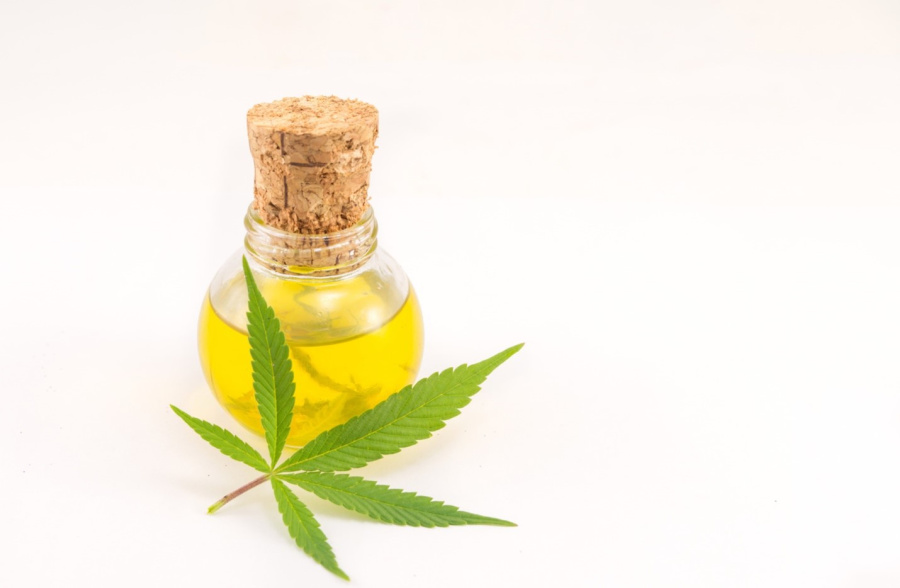 What Does CBG Stand For?

CBG is one of the hundreds of chemical compounds in cannabis plants. It’s a type of phytocannabinoid. It’s the cannabinoids you have to thank for most of the plant’s medicinal effects!

Cannabinoids are chemical compounds that bind to cannabinoid receptors in the body. The most prominent cannabinoid known for its psychoactive effects is tetrahydrocannabinol (THC). However, close to a hundred different cannabinoids have been identified so far, and more are being discovered every year.

The cannabis plant produces natural cannabinoids. However, manufacturers can make them synthetically made through a lab setting as well.

CBG is a precursor to the other cannabinoids you’re more familiar with if you consume cannabis regularly, such as THC and CBD. It’s also considered a secondary cannabinoid, which means it’s less researched than THC and CBD. As a precursor, CBG has to exist before CBD Or THC can be produced.

The precursor cannabinoid CBG does not cause an intoxicating feeling like the other cannabinoids to do. It’s non-psychoactive, which means it doesn’t make you ‘high.’ However, CBG is an incredibly versatile compound that has some excellent medicinal benefits to offer!

Since it’s non-psychoactive, CBG benefits may include anti-inflammatory properties and neuroprotective effects! The fact that it doesn’t make you high makes it an appealing cannabinoid for people looking for relief without the cerebral high.

The best part is it doesn’t cost a fortune. To save the most money, you can try looking for discounts when buying cbg oil wholesale online. Be sure to read customer reviews first, though!

How can CBG help cannabis growers?

CBG is often used as a “marker” cannabinoid. This means the presence of CBG can tell scientists (and consumers) about how rich or potent a particular cannabis strain is.

Cannabis growers use CBG as a method of gauging their crop’s health. Despite its lack of psychoactivity, it does show itself in some common cannabinoids like THC and CBD. When CBG is present, there’s usually more THC or CBD nearby.

A strong presence of CBG is usually a good sign that the rest of your cannabinoids will be present in decent amounts. This can offer growers more chances to make better, healthier medicine for patients!

What Is the Difference Between CBG and CBD?

CBG distillate is different from pure CBD isolate because it contains more of the original plant compounds. CBG will have plant materials such as cannabinol and cannabigerol. These compounds work synergistically with CBG to create a more well-rounded effect than just using pure CBD alone.

Is CBG in CBD?

Do CBD products have CBG in them? Not always.

It is dependent on the sort of CBD goods you’re purchasing! For instance, if you’re getting a CBD distillate that’s broad-spectrum, CBG is probably present. But if you’re purchasing CBD isolate, CBG is not as likely to be present.

That’s because CBG is a precursor to CBD and THC. If the substance didn’t have CBG in it, it wouldn’t turn into those things on its own. That said, some products contain terpenes like myrcene and limonene, which can convert CBG into CBD and THC.

Good news! It is entirely legal in many states, so you can easily purchase it online or at your local dispensary. Make sure that if you’re living in a legalized state, you check the specific laws regarding CBD products first.

What Is a Distillate?

To consume CBG, a lot of users enjoy using a distillate. The distillate is a pure form of the cannabinoid.

CBD distillate filters out all of the plant waxes and chlorophyll compounds, leaving only CBG behind. This means CBG undergoes processing to remove almost all THC compounds from the original marijuana plant. The result is an incredibly potent distillate.

How do they separate the CBG from the other compounds? It starts with an extraction method. Preferably a CO2 extraction since this is the cleanest option. Reducing plant material into a liquid ensures that the cannabinoids are safe from over-processing. 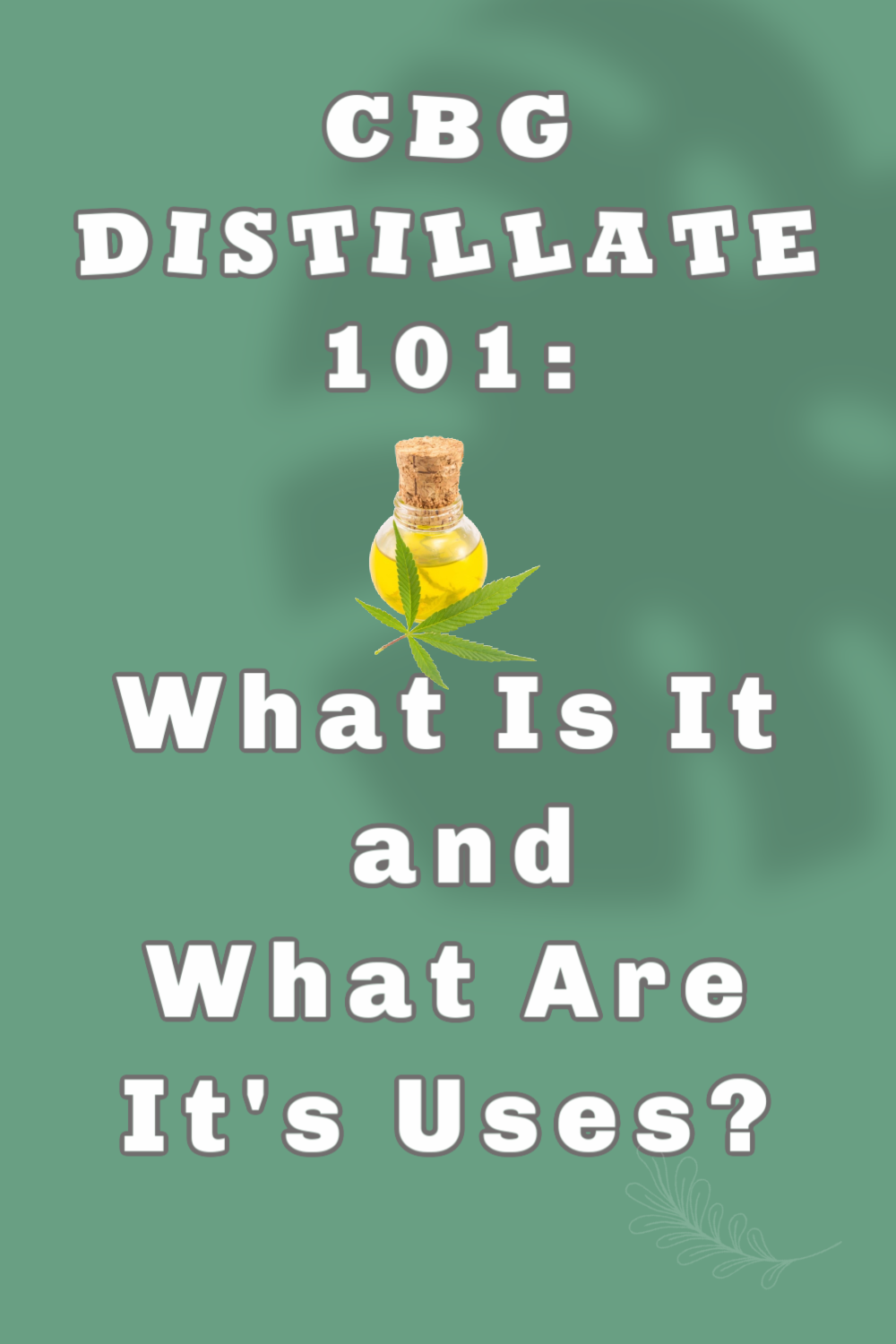 What Are the Side Effects of CBG Distillate?

Are CBG distillates dangerous? Could you overdose on them? Nope, they’re very safe.

The side effects of CBG distillate are similar to other cannabinoids such as CBD and THC. As with any product, make sure you do your research before consuming it, and always follow the instructions on the label.

As far as overdosing goes, there is no reason to worry about that. Like we mentioned above: CBG is non-psychoactive, which means that it doesn’t make you high. This means that there is no risk of fatally overdosing on CBG like you could with other substances if you’re trying to do “too much.”

What are some ways to ingest CBG?

CBG distillates are usually sold as thick amber oil. Some brands will mix the CBG with carrier oils to make it easier for consumers to use. This can be avocado oil, MCT oil, or fractionated coconut oil.

For sublingual applications, place a few drops of the CBG mixture under your tongue. This will give you one of the most immediate effects. You can also vape distillate with a vape pen or consume it orally by mixing it into food or drinks.

If you’re looking for something fun to do, try making your CBG edible treats at home! CBG is very versatile and works well in many different recipes. Almost anything you make will turn outright.

There you have it! The ins and outs of what CBG is all about. The powerful phytocannabinoid is making big waves in the cannabis world. Thanks to its healing potential, and non-psychoactive makeup, it’s likely CBG will be around for a while!

Go ahead and look for a reputable supplier you can get your CBG distillate from today. Remember to read a few online reviews before committing to a purchase. Then you can have fun reading another one of our articles!