So many Comics- so little time!! Bring your reluctant readers to Free Comic Book Day to open up a new world of imagination in reading! 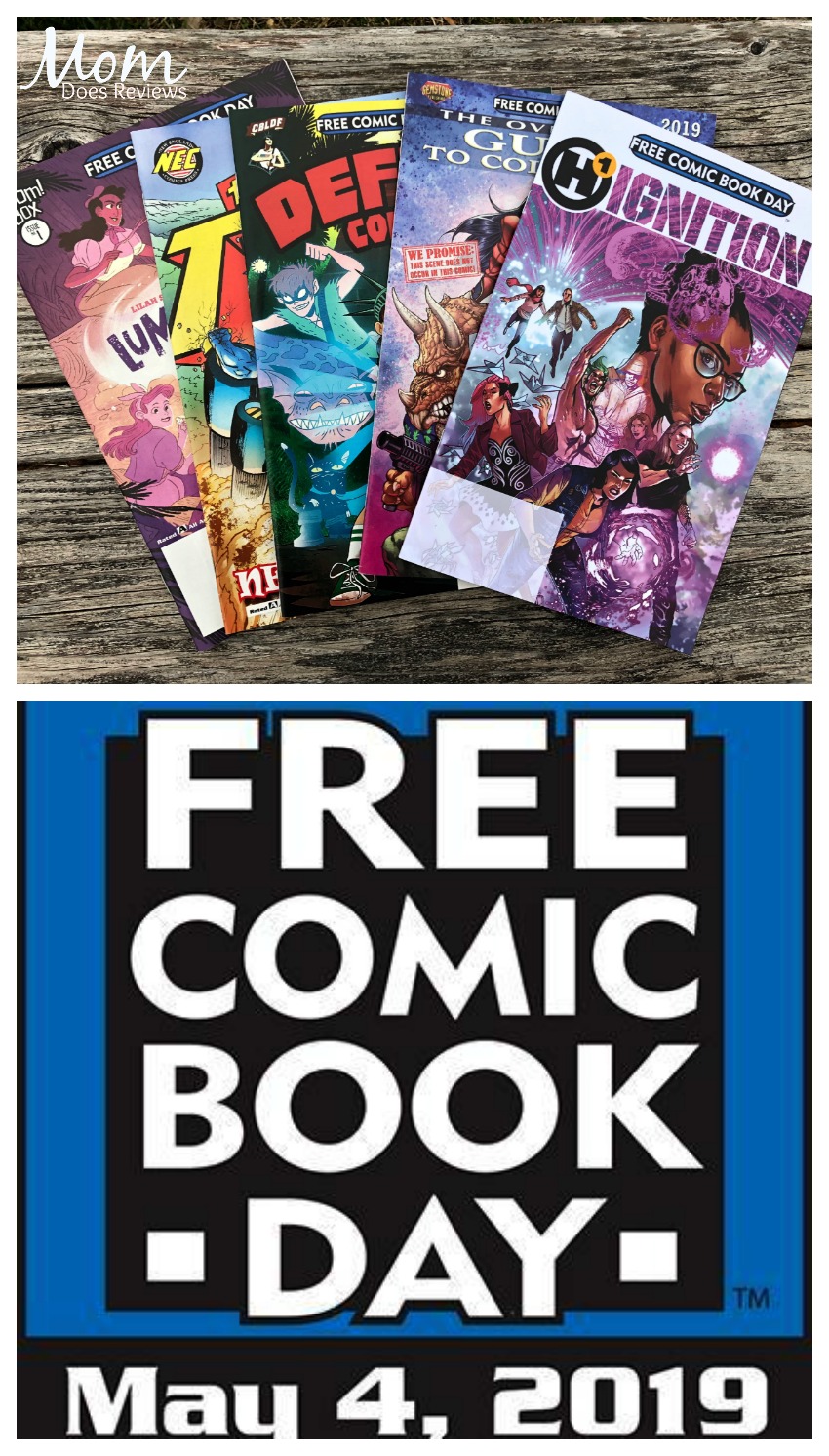 As a mom, I know we are always looking for family-friendly fun for our kids.  Did you know that you can visit your local comic book store and get FREE comics that are suited for all ages?  Below is a list of the All Ages Titles that you can look for when you visit Free Comic Book Day on the first Saturday in May!  Find a location near you HERE. 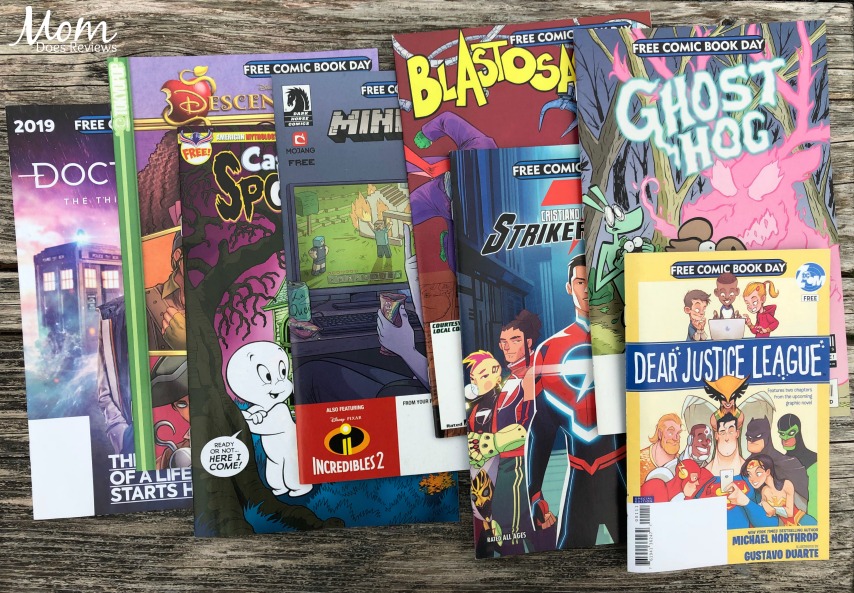 Comic Books are great for kids of all ages!  Here are a few of our favorites for your little ones that are family-friendly and definatley worth visiting your local comic book store on May 4th!

Comic Books for all ages:

These first few have been my son’s favorites since he started going to Free Comic Book Day!

Doctor Who: The Thirteenth Doctor:

Jump aboard the TARDIS with Jodie Whittaker’s Doctor and her companions on Free Comic Book Day! A perfect introduction to the hit new series from Eisner-nominated comics writer Jody Houser, where readers leap through time and space in fun, fast-paced adventures!

Pokemon I Choose You!/ Pokemon Adventures:

When Ash Ketchum oversleeps on his 10th birthday, he ends up with a stubborn Pikachu instead of the first partner Pokémon he wanted! But after a rocky start, Ash and Pikachu become close friends and true partners-and when they catch a rare glimpse of the Legendary Pokémon Ho-Oh in flight, they make plans to seek it out together.

Casper the friendly ghost, the friendliest ghost you know! Join Casper, Hot Stuff, Wendy, the Ghostly Trio, Spooky, Nightmare, and more as this all-star cast of characters tackle magical adventures and tickle your funny bone. Casper’s Spooksville FCBD Edition is the perfect introduction for fans of all ages .

Presenting two stories that are fun for all ages, are you ready?  This is one of my favorite combinations!

The rest are just as fun and don’t forget FREE this Saturday!

A full-color, manga-style graphic novel telling a brand-new story in the world of Disney Descendants, starring Dizzy, the granddaughter of Lady Tremaine, and featuring a host of Villain Kids from the Isle of the Lost! This is the first chapter of Disney Descendants: Dizzy’s New Fortune. 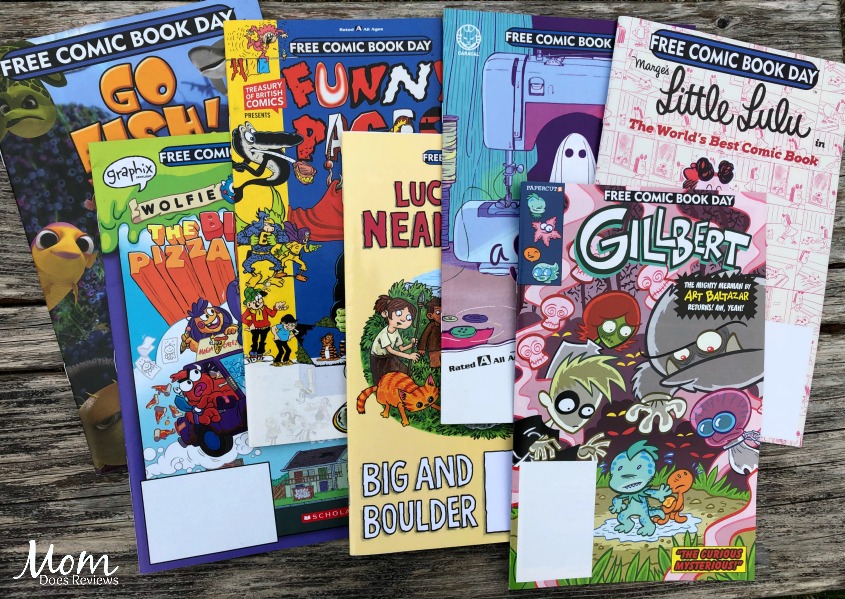 Alex the Parrotfish is off to the undersea city of New Corralton in search of fame and fortune (or at least a decent job). Before he’s through, he’ll face down hungry sharks, rude bureaucrat fish, and a shocking threat to the whole reef!

The greatest Super Heroes in the DC universe, the Justice League, answer mail from their biggest fans–kids! Courtesy of Michael Northrop, the New York Times bestselling author of TombQuest, and artist Gustavo Duarte, DC’s iconic Super Heroes find time to answer questions both big and small when they are not busy saving the world.

Marge’s Little Lulu by John Stanley and created by Majorie Henderson Buell. Lulu Moppet is an outspoken and brazen young girl who doesn’t follow any rules-a protofeminist who is more relevant than ever.

When the Lumberjanes discover the hiding place of a group of magical creatures called Pookas, they think they’ve found new friends. But what they don’t know is that the Pookas are tired of hiding, and they’ve found the perfect way to join the outside world…by impersonating the ‘Janes themselves and taking over Camp!

Young Gillbert is the prince of the  underwater world of Atlanticus. Together with his  best friend Sherbert and mysterious new friend Anne Phibian, Gillbert is curious to find out where all the messages in a bottle are coming from!

An all new original story that takes place after the events of Sheets by Brenna Thummler.

The Tick is back for his 10th Free Comic Book Day featuring an ALL NEW story by Ian Nichols! The Tick has always been one of the most popular FCBD comics! 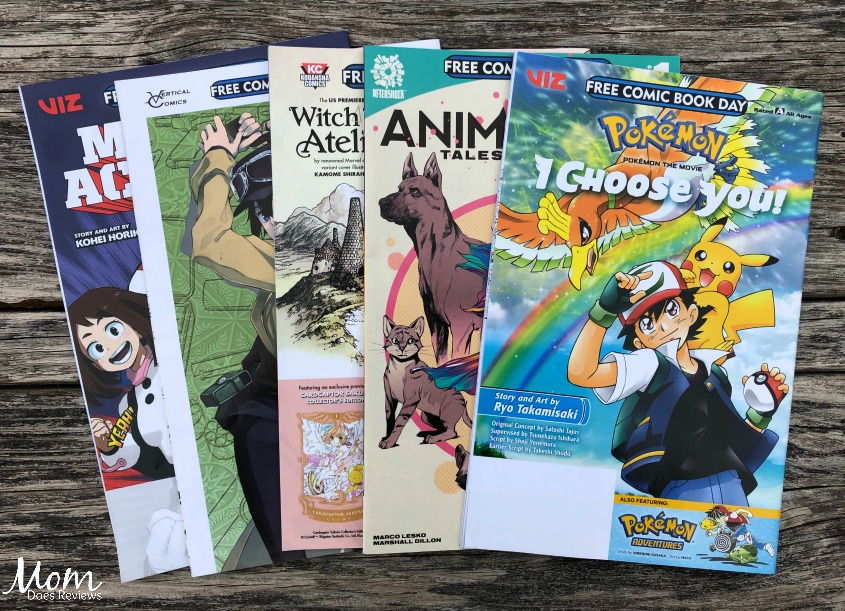 When a meteor hits nearby, Lucy & Andy can’t help but go investigate, and chaos ensues once the kids realize that it definitely has magical powers.

One year since his arrival in Freak Out City, Blasto has touched the lives of the weirdos, mutants and misfits who reside there in too many ways to count.

A new graphic novel from the Eisner Award-nominated creator of MERMIN that deftly navigates loss, vengeance, and acceptance! Truff is the ghost of a young boar, fueled by fury towards the hunter who shot her down.

These action packed comics are great for your Super Hero Fans:

Here are some of MY Favorites: 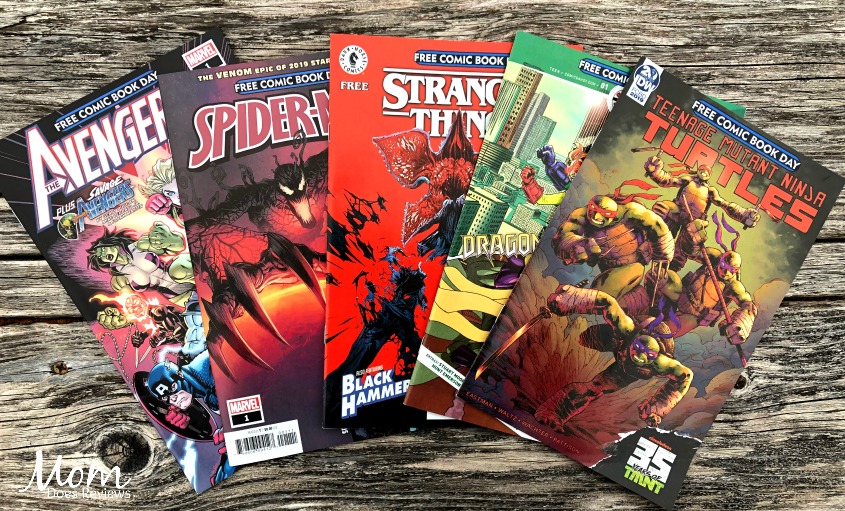 Are you a comic book fan?  Do your kids love comic books?

Check out the Comic Shop Locator!

Let us know which are YOUR favorites in the comments below!