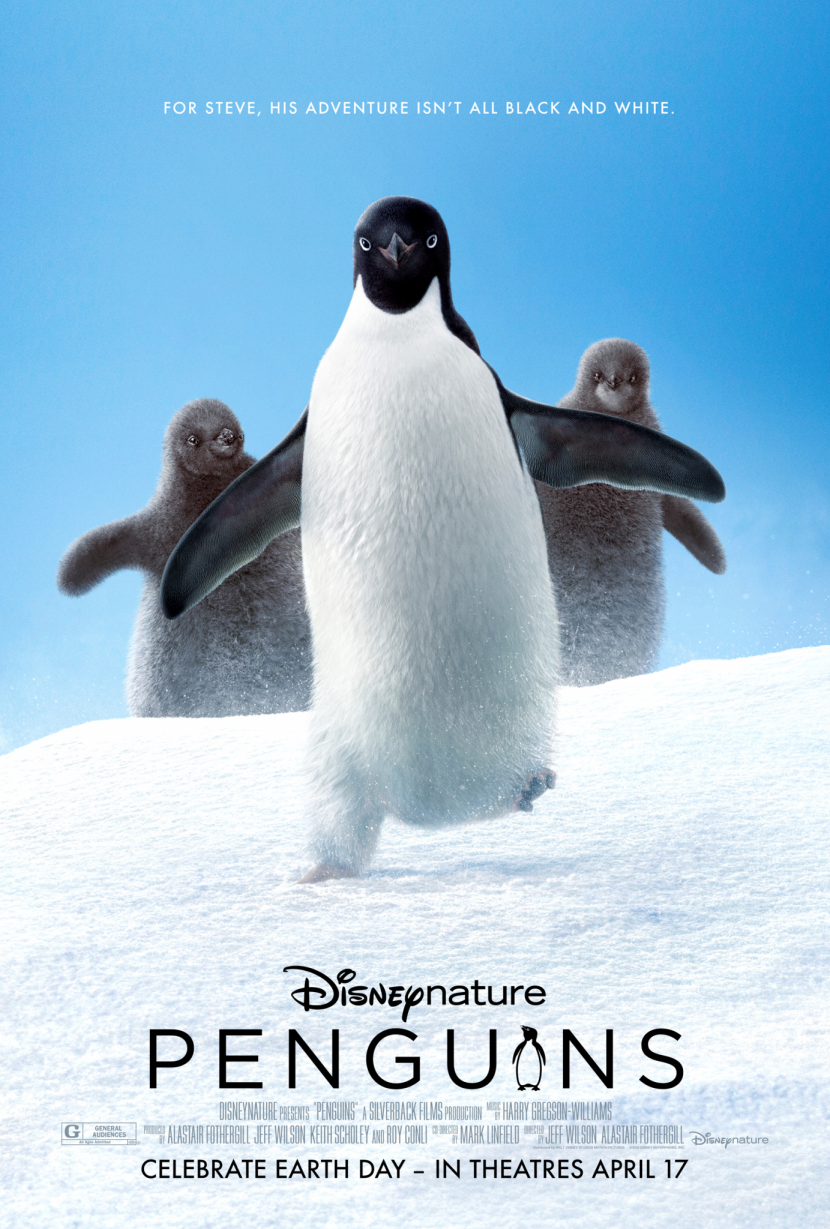 First-Ever Disneynature Film to be Released in IMAX®

Disneynature’s all-new feature film “Penguins” is a coming-of-age story about an Adélie penguin named Steve who joins millions of fellow males in the icy Antarctic spring on a quest to build a suitable nest, find a life partner and start a family. None of it comes easily for him, especially considering he’s targeted by everything from killer whales to leopard seals, who unapologetically threaten his happily ever after. From the filmmaking team behind “Bears” and “Chimpanzee,” Disneynature’s “Penguins” opens in theaters nationwide and select IMAX® theatres starting Wednesday, April 17, 2019.

Check out this all-new 60-second look at “Penguins”

As Disneynature celebrates 10 years since its first feature-film debut, its newest conservation intitiative—this one tied to the upcoming big-screen adventure “Penguins”—was revealed today.  For every ticket sold opening week (April 17-23, 2019), Disneynature will make a donation to the Wildlife Conservation Network (WCN) to help protect penguins across the southern hemisphere. 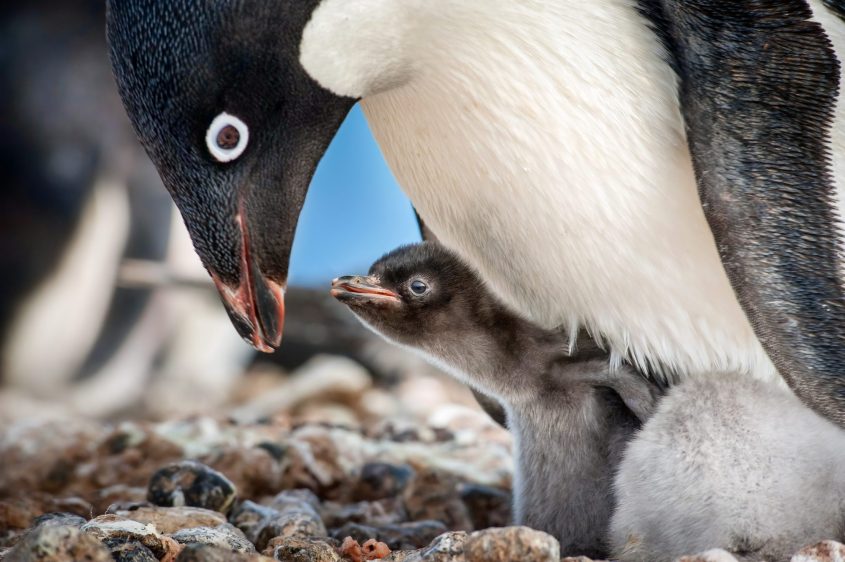 Founded in 2002, WCN invests in a select network of on-the-ground conservationists, including top experts in the field of penguins like the Global Penguin Society (GPS). The worldwide leader in science-based penguin conservation, GPS champions specific programs that align with Disneynature’s conservation mission. “For example, one of our aims is to track different species of penguins’ movements across four continents in the southern seas,” said GPS founder and president Dr. Pablo Borboroglu. “Penguins swim thousands of kilometers to migrate and look for food. What they encounter during their journeys determines their survival, affects the viability of their species and informs science and conservation action. We are also dedicated to cleaning plastics from the beaches, breeding areas and seas impacting penguin populations. Campaigns to clean up beaches around penguin colonies along selected coastal sectors will help secure a healthy and safe habitat for penguins.”

Print out some great Activity Pages HERE or click the image below! 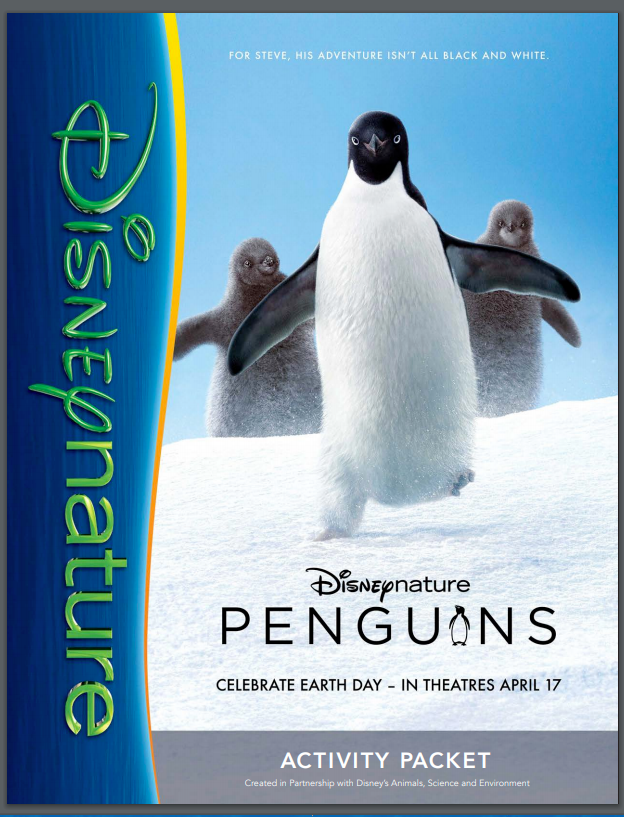