When my kids were little, they loved those push scooters and rode them everywhere! They would finally learn how to balance with one foot on the board, holding onto the handles, and push themselves down the porch, sidewalk, or in the garage! Eventually, some of them would go on to ride skateboards and of course bicycles, but what about for my older kid who is too old for a child’s scooter but isn’t ready for a car? Trying to find a compromise that would suit all of us, I came across the idea of the electric scooters that are showing up everywhere now. But it would have to be safe, well designed, and be able to support a growing teenager! Now, he can ride safely in style with Razor Scooter on their E Prime Electric Scooter! 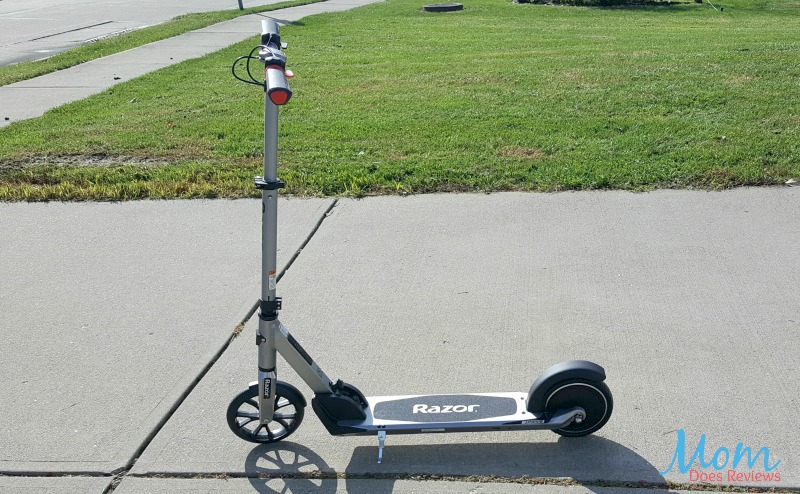 IN THE BEGINNING…
There was the ordinary scooter.  Ancient.  Uninspired.  So boring, even the beloved red wagon threw it shade.  But its moment to shine finally came in the year 2000, when the gang at Razor thought it would be fun to do for scooters what those other guys did for computers and cell phones.

So with some genius engineering and a keen eye for design, we transformed grandma’s scooter into the hottest thing to hit the sidewalk since concrete: The Razor Model A Scooter…The one that started it all.

We literally reinvented the wheel.  The Model A Scooter instantly became a global phenomenon, capturing the imaginations of generations young and old.  Kids loved it.  Parents trusted it.  Big brothers wanted to “borrow” it. But the fun didn’t stop there.  Over the following two decades, we’ve continued to build on our reputation for quality and innovation, as we’ve reimagined outdoor play for millions of kids – and kids at heart.

Razor has been the worldwide leader in scooters since 2000, when we made the kick scooter a global phenomenon.  Since 2000, we’ve sold a whopping 34 million scooters, including 13 million electric scooters, to become the global experts in scooter innovation. From manual scooters to electric skateboards, from hoverboards to turbo-powered heel wheels; at Razor we believe fun is forever.

We grow with you.  Sure, we’ve worked hard to become a global brand and a trusted industry leader, but the truth is – we do it because we love it.  And because our families love it.  And we want yours to love it, too. As they grow, we’ve designed our products to grow with them.  Based on our experience, we can pretty much guarantee your family will be stepping away from their screens, getting out into the fresh air, and bonding together in new and unexpected ways.  And what could be better than that?  Now get out there!

So when looking for an electric scooter for your older child, there are a few things to keep in mind. How easy is it to ride? Are the handlebars adjustable for when they grow? Will the battery last long enough to get them back and forth? How easy is it to travel with in the car or on the bus? Will my child be safe? All of these questions, and probably dozens more, all have to be considered when you’re making your purchase. 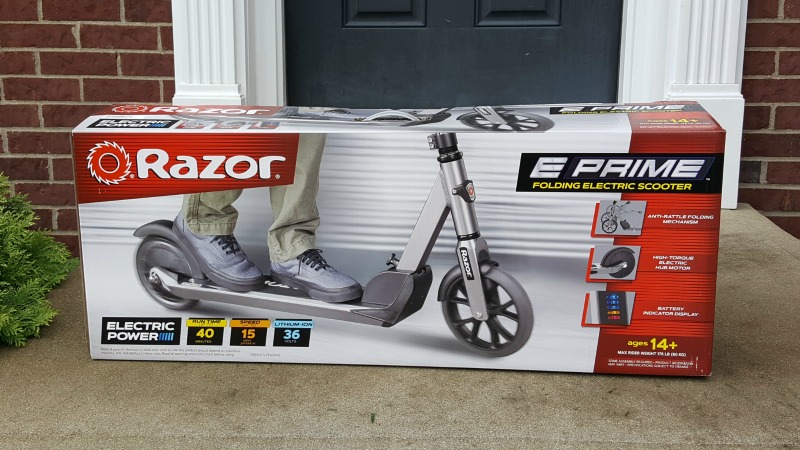 I’m familiar with Razor Scooter simply because they’ve been around since 2000. We’ve had several of their manual scooter models over the past years with other children. But my boy is too grown to ride those (adorable) push scooters to his friend’s houses or even to work down the street. Obviously he’s not ready for a car yet, and he’d like a little freedom and independence to get himself where he wants to go. So why not a step up with a motor powered scooter?

You definitely need to check your local vehicle laws because I found out that these could be considered “motor vehicles” if they had certain features, like how fast they could go, could need to be licensed and insured, etc. Luckily, where we live, the electric scooters were generally considered to be a toy, and not a motor vehicle. I don’t have to worry about a license, registration, etc. But that also means he can’t ride it on public roads, only bike lanes or sidewalks. 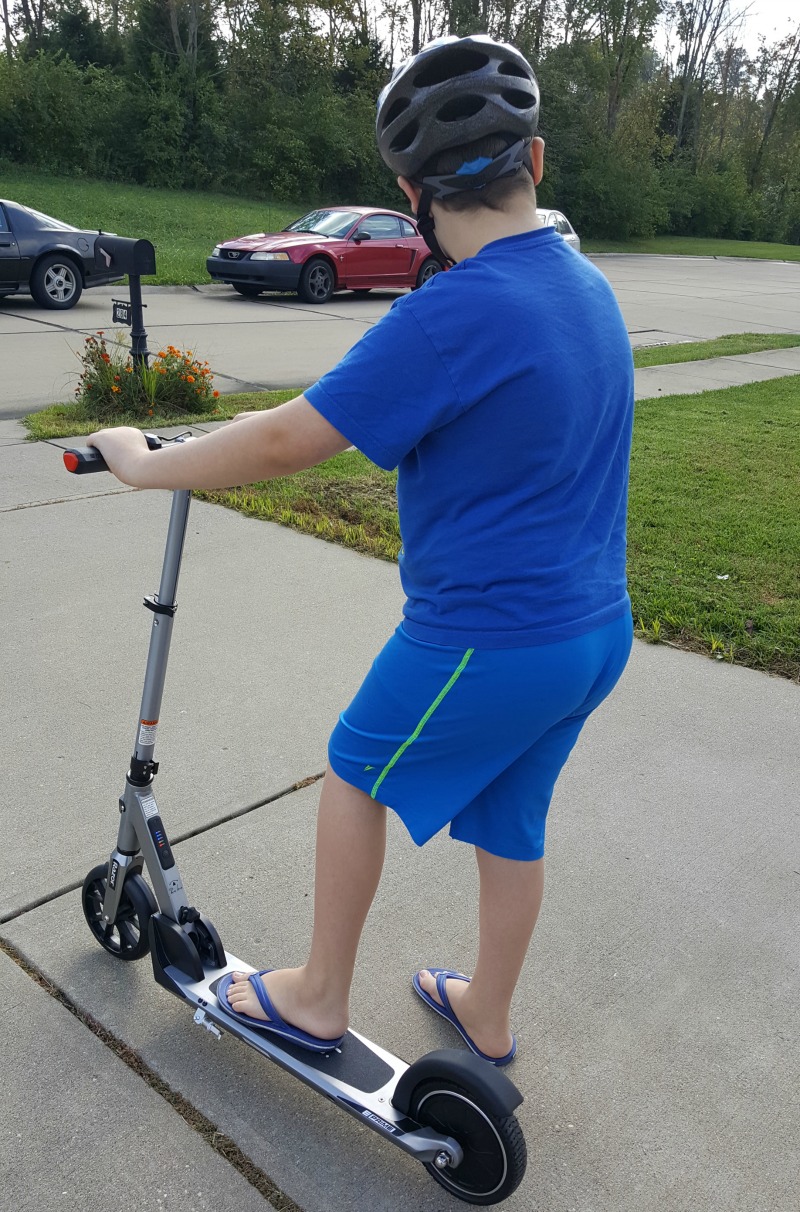 The E Prime Electric Scooter by Razor Scooter is a great option for the older kids like mine, starting at ages 14 and up. It can run at up to 15 mph, supports up to 176 pounds, and has a 45 minute battery life. 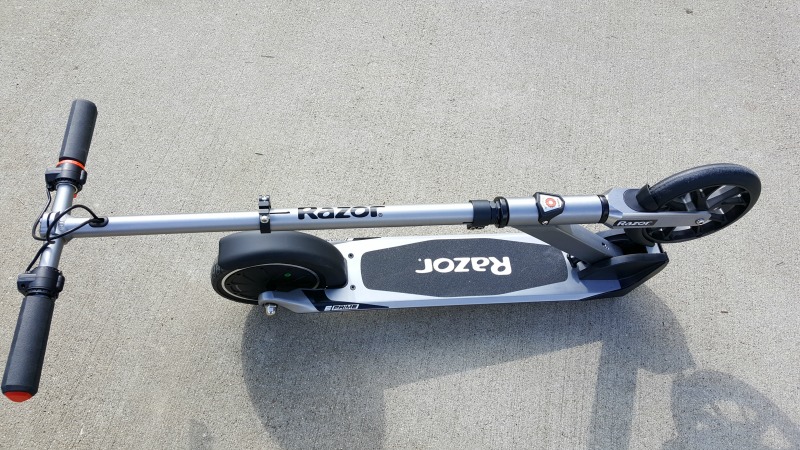 The tires are wider than the younger version for a smoother ride, and it folds down in a snap to make it small enough to carry by hand or toss in the trunk if you need to. The throttle and brakes are controlled by your thumbs on the handle bars with a nice, soft rubber grip. 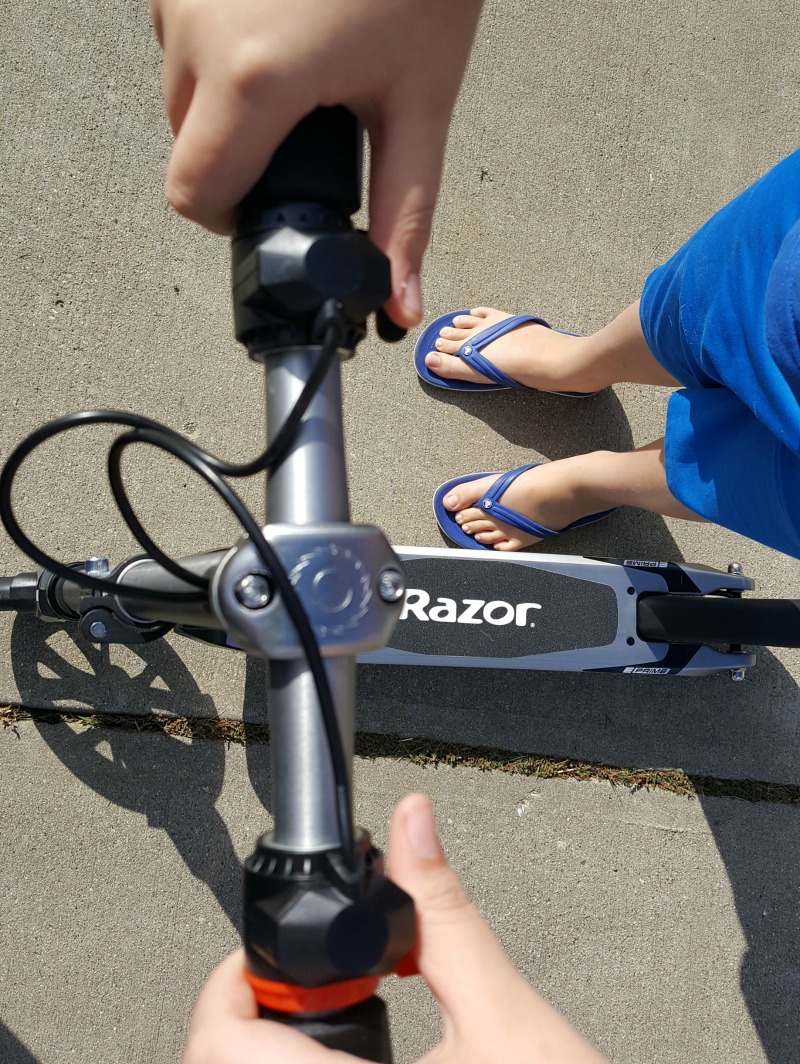 And it runs pretty quiet, so it can be ridden early or late without disturbing the neighbors. And the handlebar is adjustable, so if he grows another inch or two this year, he can just extend the bars and keep riding. It also has an easy to use kickstand to keep it upright when he needs to park it. 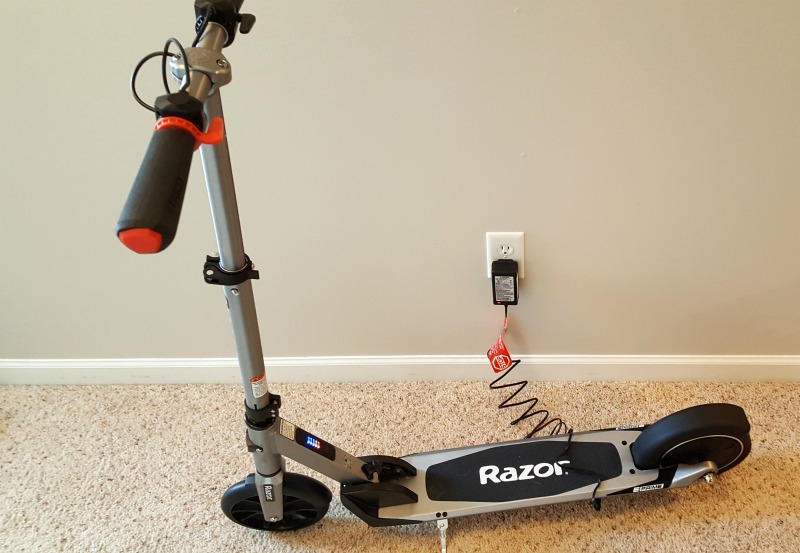 The larger tires and wider board are great for safety reasons. I don’t have to worry about him tipping over or hitting a sidewalk crack and falling over. I make sure he wears a helmet of course, and some kids may need knee or elbow pads too, depending on their age and competency level. And there’s also a second brake over the back wheel they can step on to manually slow or stop the scooter. But I don’t have to worry about him trying to add gasoline, he simply has to plug it in to charge while he’s working or playing with his friends, and it’s ready to go for the next ride. And the bright LED battery indicator let’s him know just how much power he has left on the current charge.

Of course I still worry about him when he’s anywhere off of our street, but we’ve talked about safety, he’s demonstrated confidence and control with the E Prime Electric Scooter, and it’s giving him that piece of independence that he was wanting without completely letting him loose on the streets. I think this would make a great gift for your teenager, or even another adult that would enjoy scooting around the streets a little. We’ve seen a few of them at the local park and it wasn’t just kids taking them for a spin. Be sure to check out how your teenager can ride safely in style with Razor Scooter today. 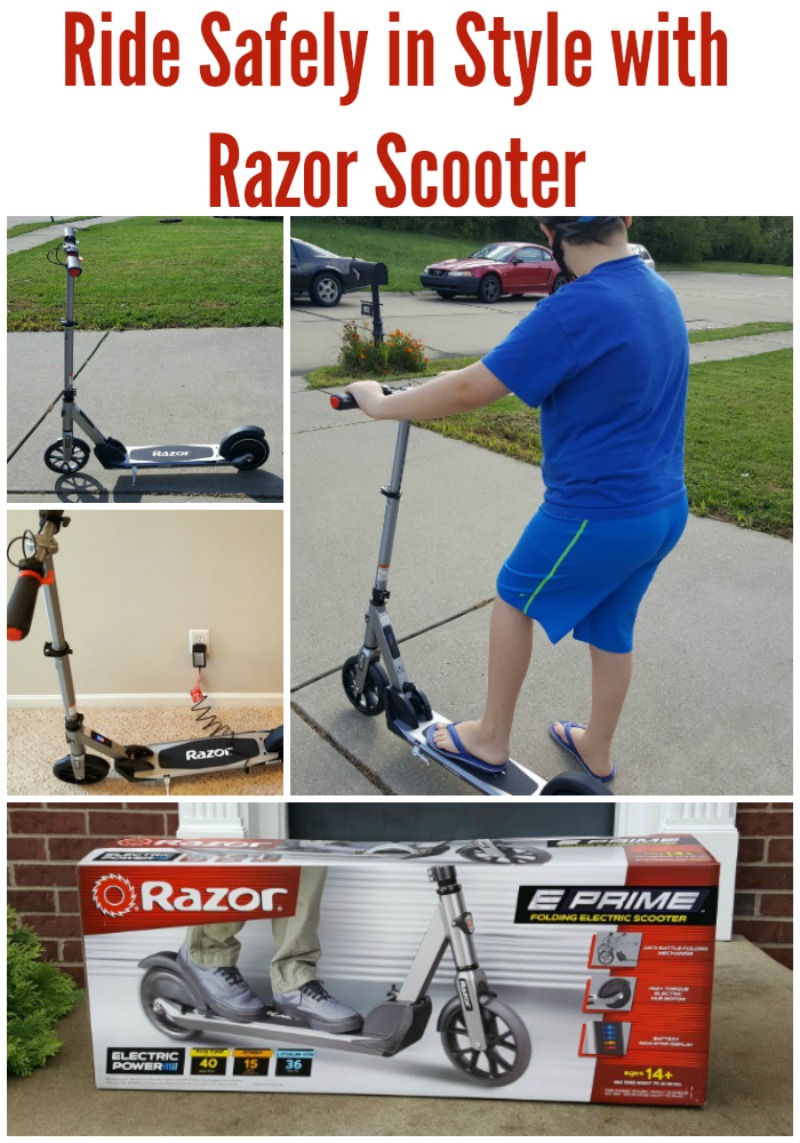