Fall will be here before you know it…and the football season will begin! Whether you host your own fantasy draft to pick your favorite team members, or you cheer on your team from your living room, you can’t help but get excited. And what better way to celebrate your favorite sport than by playing the NFL Pro Bowl Electric Football game by Tudor Games? Be a part of the action with your own hands-on electric football game and make all the calls, coach! Help them celebrate Electric Football’s 70th Anniversary today! 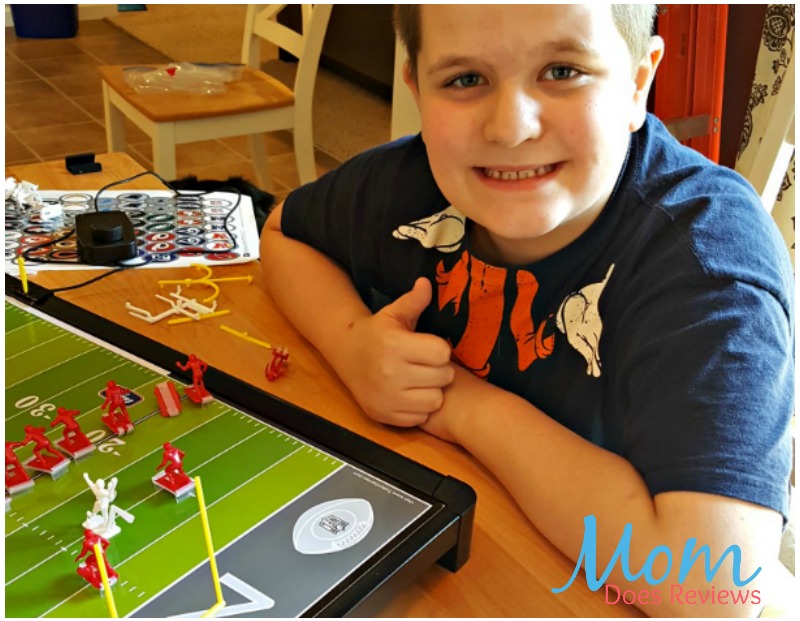 Since 1949, Tudor Games has sold over 40 million Electric Football games, igniting the imagination of football fans young and old. After buying the company in 2012, we have been re-imagining and re-designing Electric Football. Our amazing new products bring kids and adults of all ages together for healthy play. What could be more fun than that? 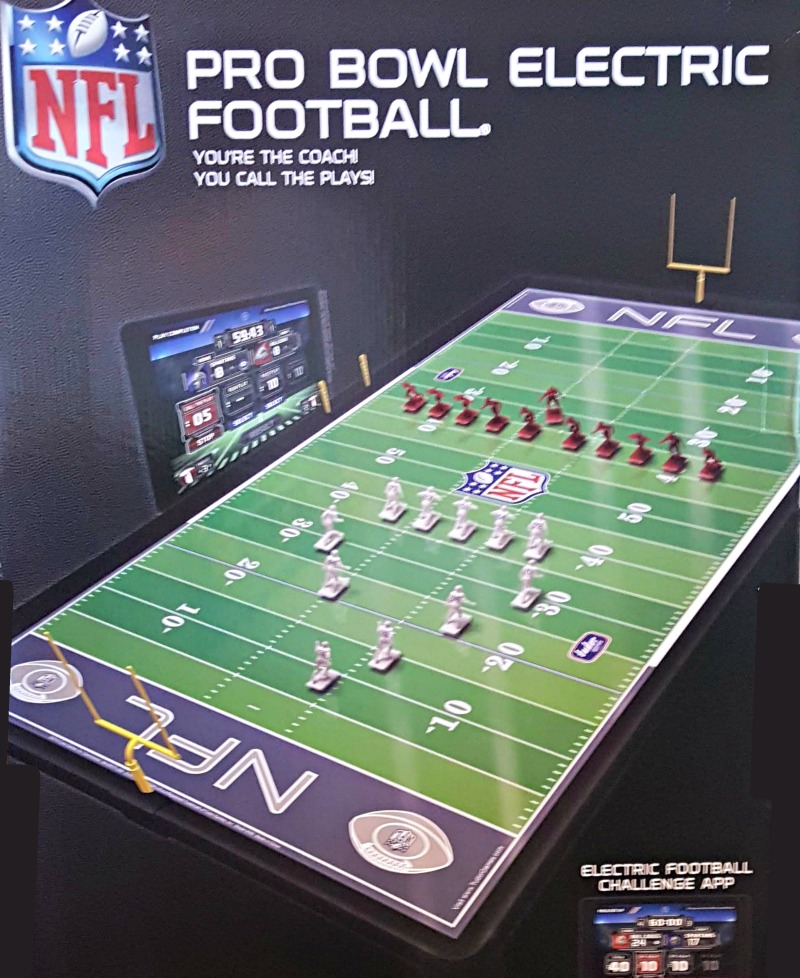 We are definitely one of “those” football families. We watch our favorite team, whether they win or lose, every game for the season. We try to make a few games each year, even if they are nosebleed seats in the cold. And we even defend our team to our out of town relatives when we choke in the first round of the playoffs. But it’s all for fun and love of the game.

Which is why we are proud to own the NFL Pro Bowl Electric Football game; Tudor Games has been making electric football games for 70 years now, with different versions, sets, and even special event game boards to suit every fan’s need. And it’s a great way to combine a game of moving parts along with strategy, teamwork, and sportsmanship. The base is pretty large, which is great when you think about a football field, measuring at an impressive 36″x18″. Plus it includes players for both sides, as well as team logos for the NFL so you can pick your favorite city. And the quarterbacks can run, pass, or even kick while they play the field. 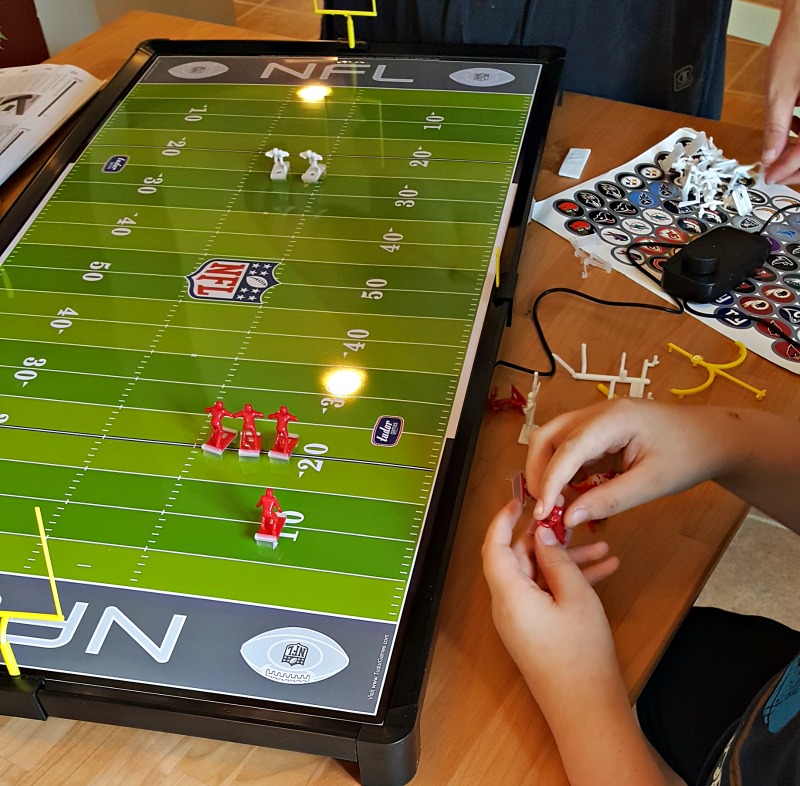 It did take a bit of setting up before the first time it was played, and don’t forget the two AA batteries! But after that, it won’t take too long to get the pieces ready for the big game. We put the pieces into plastic sandwich bags after we were done playing to help keep all the pieces together with the board. A piece of tape worked well to keep it from sliding around when we traveled with it.

You can also customize your game set further by purchasing team specific color bases, team figurines, or even unpainted plastic figures to decorate yourself! Tudor Games also carries carrying cases, wearable merchandise, replacement footballs, and more. And there are a ton of team stickers to add, new helmets and chin strap stickers, plus team or player numbers to make your Electric Football game board and pieces truly unique! Show off your beautiful creation at your next football party, tailgate event, or even the upcoming fantasy draft where you can make all the other members jealous!

Want to play the Army/Navy game? Well now you can with Army-Navy Electric Football edition! “The classic Army-Navy Game between the Army West Point Black Knights and the Navy Midshipmen comes to life in this officially licensed college football match-up!” 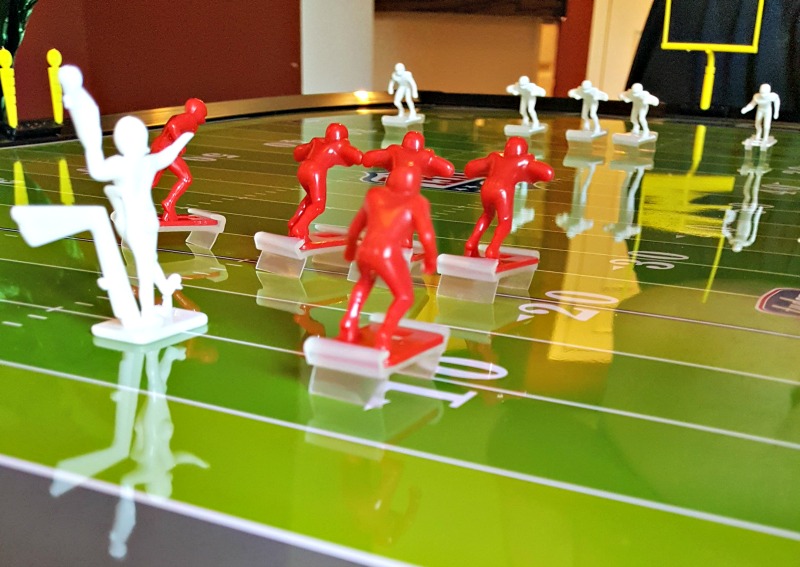 Personally, my husband also enjoyed reading through the Tudor Games tutorials to help tweak the different players. For example, they have suggestions for how to use pliers to change the spike lengths in order to have a particular player & base move more left or right, depending on the position. They even include videos to show you step by step how to change the bases that run on the board, how fast the pieces move, and even how to use misdirection and deception in your game play!

We have found this is a neat game to take to parties or set up during halftime. The kids even try to recreate some of the great football moments or come up with several play options depending on the team they are rooting for. And to add even more interaction, you can download the Electric Football Challenge App for Apple and Android phones and tablets. It’s an easy way to keep score, control the game clock, and even has sample plays to review and learn about. 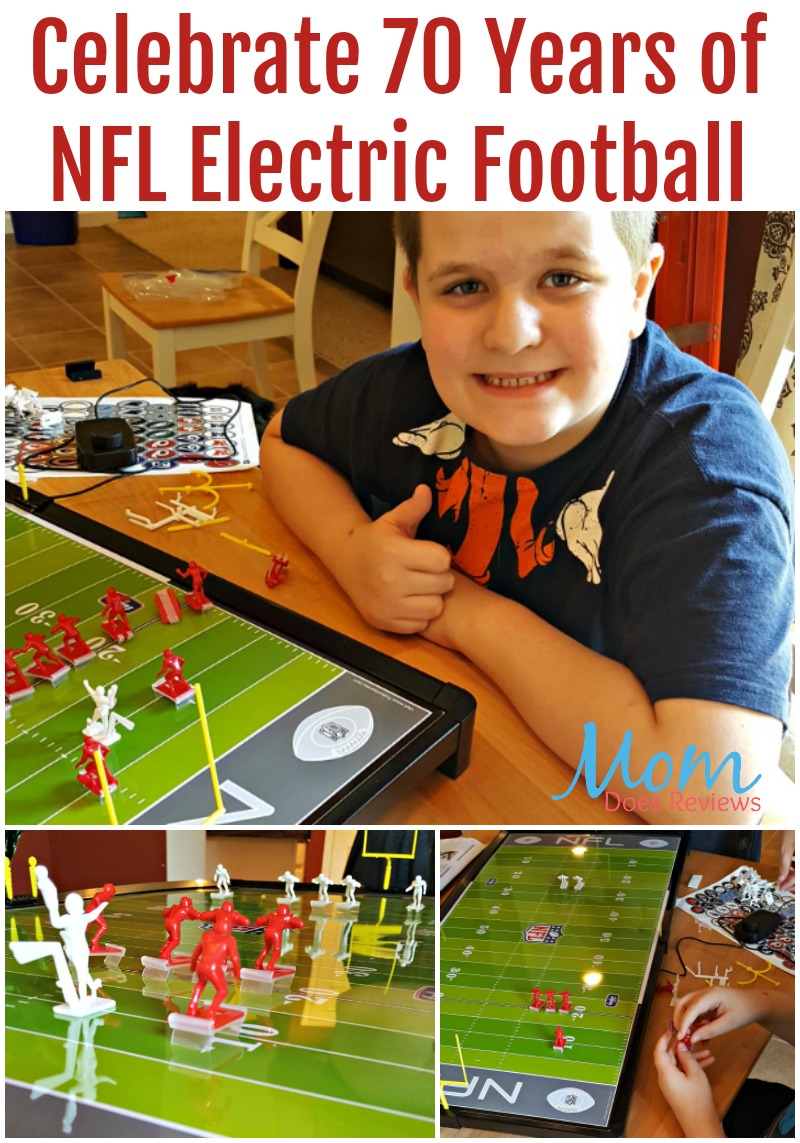 Between the app, the vibrating board that helps move the pieces, plus the fun quarterback play style, this is a wonderful interactive game for the entire family, whether they are football fans or game lovers. It can be as basic or complicated a game as the player’s skill level. You don’t want to miss out on celebrating the 70th Anniversary of Electric Football from Tudor Games with the NFL Pro Bowl Electric Football today!

We’ve added Tudor Games to our Back2School2018 on MDR Gift Guide! Check it out here!