Have you ever looked at the history of music? It crosses boundaries set by man and reaches hearts like no other medium. Children’s music has a special place in my heart as a Mom. Finding music that is not only interesting for the little ones to listen to, but that also encourages or teaches them is important to me. Here are four artists with recent releases that we have gathered to share with you that we think you will enjoy sharing with your little ones. 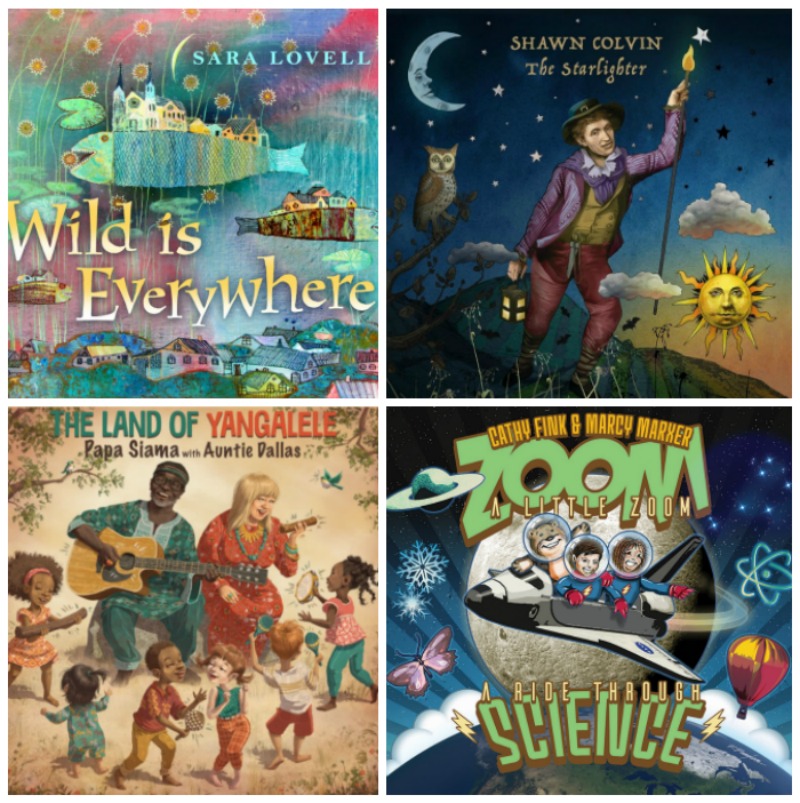 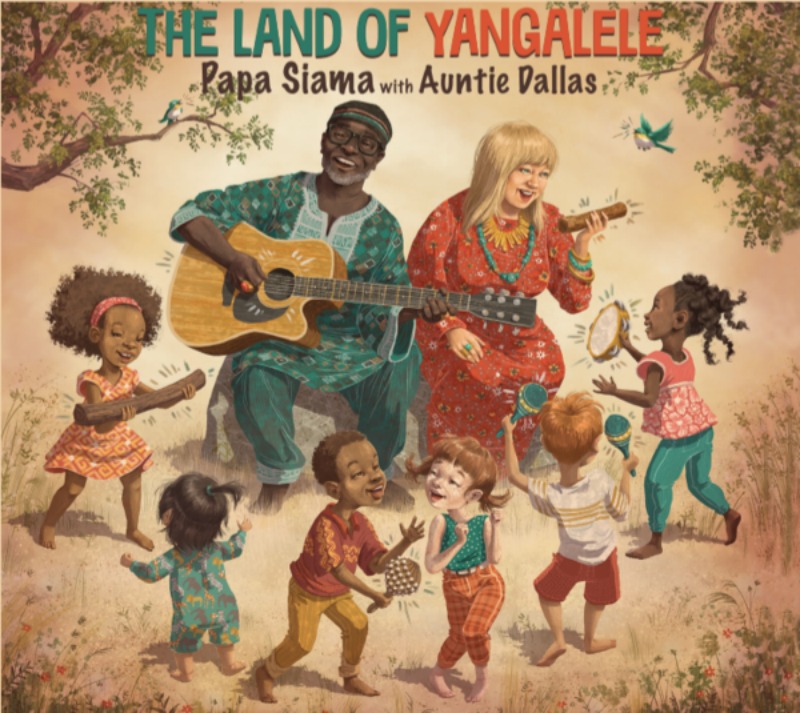 Siama has a brand new kids’ CD. These new songs, inspired by traditional Congolese music and rumba, will take you on a journey to, “The Land of Yangalele”. (Yawn-gah-LAY-lay = Happiness in Kikongo)
Growing up in the Bakongo region of western Zaire, Congolese-born musician Siama Matuzungidi spent evenings under the stars telling stories, playing music and dancing, which formed the bedrock of his musical inspiration. He went on to become a sensation as a Soukous musician, contributing to more than 100 singles from the golden era of Congolese music in East Africa. In 2014, Siama received a McKnight Fellowship for Performing Musicians, which inspired him to finally pic up the mic and sing.

Siama is a renowned artist originally from the Congo, and these songs evoke family sing-alongs he remembers from when he was a child. Album liner notes include a map of Africa, introduction to instruments, lyrics and a glossary of Kikongo words! 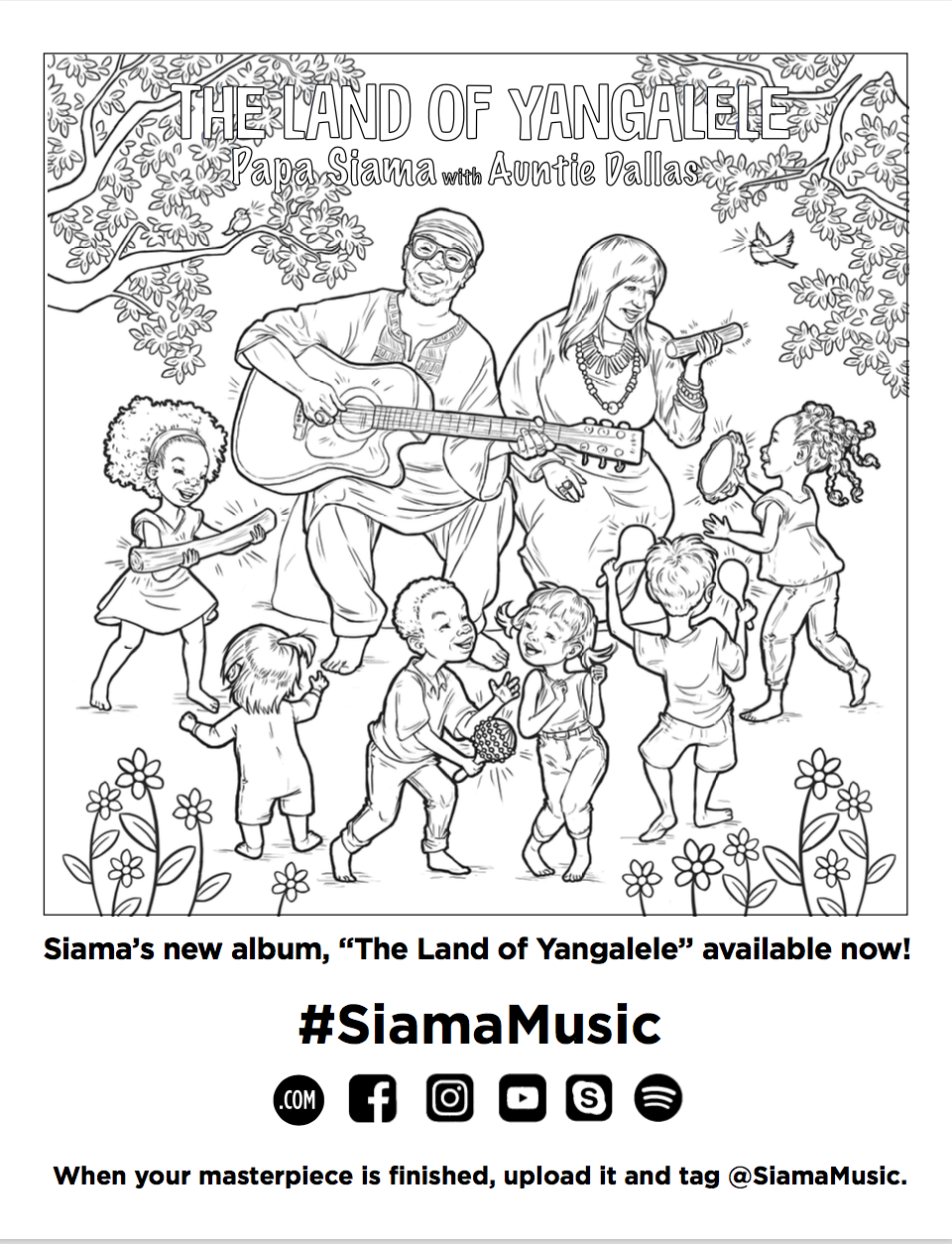 The Land of Yangalele by Papa Siama and Auntie Dallas is available on Siama Music. 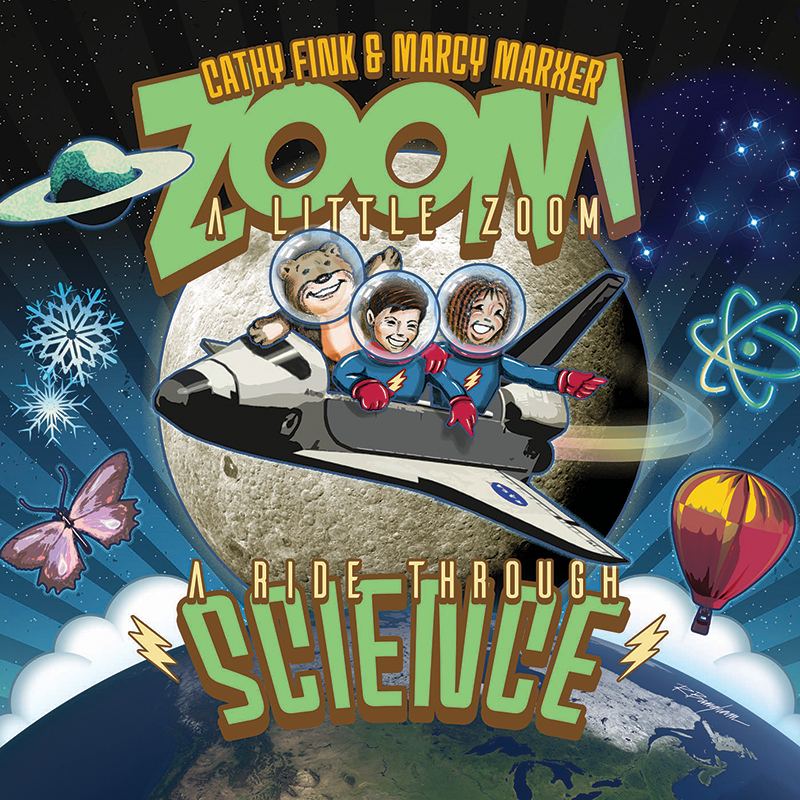 Zoom A Little Zoom! A Ride Through Science is the latest kids and family recording by children’s music GRAMMY® Award winners, Cathy Fink & Marcy Marxer. Great music comes first with the “Constellation Jig”, a Klezmer treatment to the hibernating “Bobo the Bear” and western swing of “Why Does the Sun Shine?”. Boogie-woogie to “What Makes the Lightning?” or learn how to sound like a cricket with “What Is An Insect?”

This bouncy album includes a download with 10 science activity ideas created by a science museum educator!

Cathy & Marcy are trailblazers in children’s and family music. Their relationship with family audiences spans over 35 years of live performances. They play dozens of instruments from banjo to mandolin to rockin’ electric guitar, steel drum and ukulele. Two GRAMMY® Awards (and 14 nominations), Parents’ Choice Awards, American Library Association Awards, National Association of Parenting Publications Awards, Early Childhood News Awards and Washington Area Music Association Awards all attest to the superb quality of their body of work. Along with the album release Cathy & Marcy offering a limited number of live concerts based on the new album complete with fun activities designed by Lynn Baum (formerly of the Boston Museum of Science), plus graphics, animation, and film from NASA.

Zoom A Little Zoom! A Ride Through Science CD and Activity Guides are available on Cathy Fink & Marcy Maarxer site. 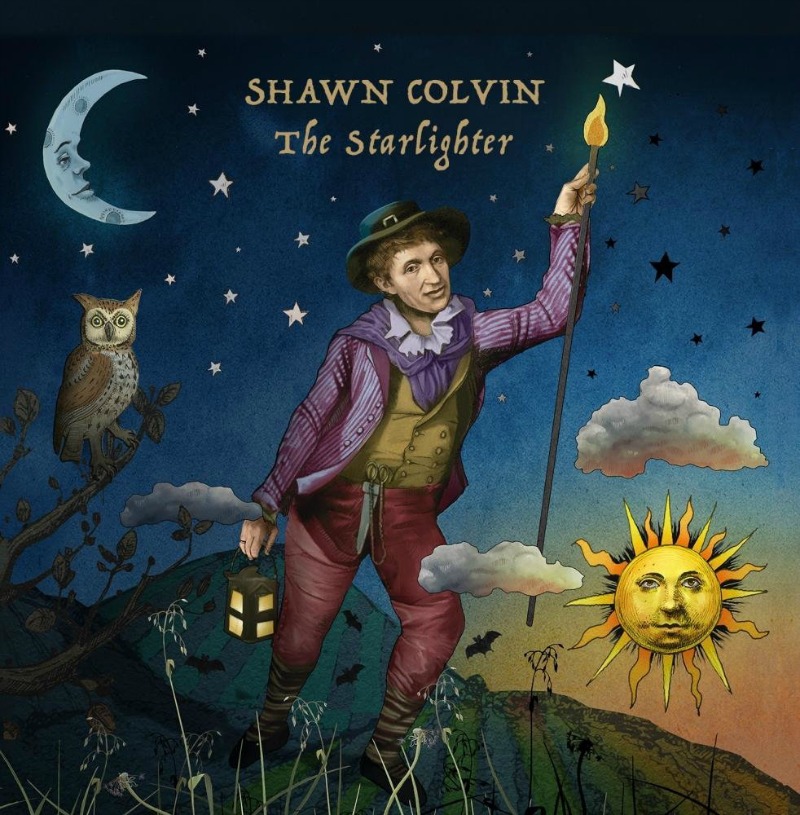 The latest release from Shawn Colvin is The Starlighter, a new album of songs adapted from the children’s music book “Lullabies and Night Songs.” The Starlighter video is based on Victorian paper theaters and the illustration style of children’s books from the same era, and was created by the Manchester, UK/Los Angeles-based motion design studio WeFail. Each scene contains over one hundred layered illustrations, and every element in the video was drawn using a digital tablet before being animated by hand. Shawn’s character in the video consists of 30 individual hand-drawn pieces, each digitally painted before motion design was applied to create the complete figure. 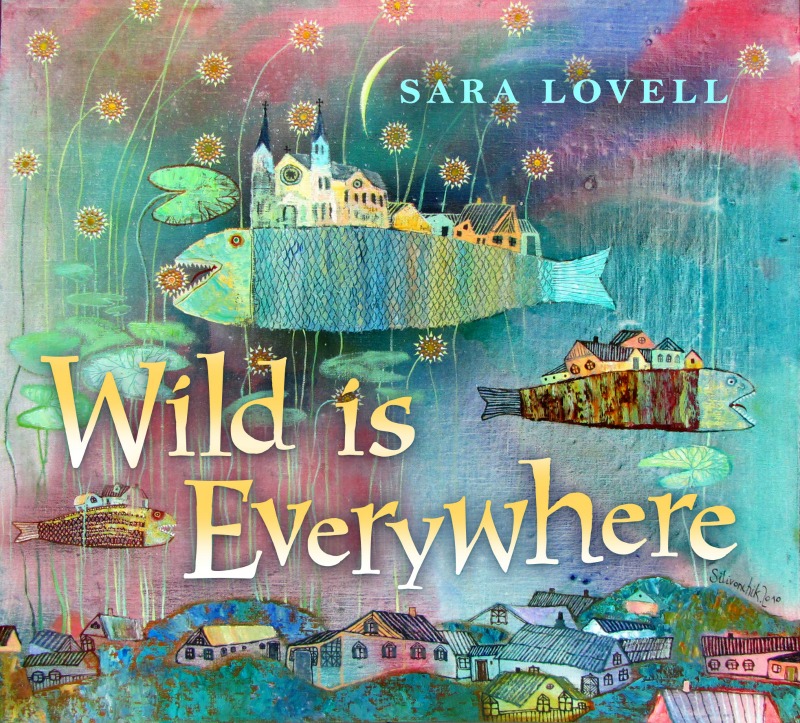 “With imaginative lyrics, sparkling harmonies, intriguing musical layers-and above all, writing, instrumentation, and performance shaped to match the mood and content of each winning song-pop/rock artist Sara Lovell taps into that place in childhood where the everyday can become fantastical at the drop of a hat.”
— LYNNE HEFFLEY, PARENTS’ CHOICE AWARDS®
“Lovell has crafted a kid’s record with adult sensibilities and production values…a record that won’t drive you crazy when the kiddies want to hear it over and over and over in the car.”
— MIDWEST RECORD
“I dare you to resist dancing and shimmying with. (Is it terrible to admit I put this one on repeat for a 20-minute car ride…and I was the only person in the car?)… I think this is going to be one of my favorite albums, no matter how old they grow!”
— ADVENTURES WITH JUDE (AND FRIENDS)
“Lovell’s voice is the bright spot of ‘You’ve Got Me,’ punctuating each song like beams of sunlight finding their way through a leafy tree branch. She’s also keenly adept at making each of these wonderful songs sound different from the rest. Highly recommended.”
— DAN PAVELICH, KENOSHA NEWS

A songwriter, multi-instrumentalist and producer with a wide-ranging musical palette and four critically praised albums to her credit, Sara Lovell moved to Berkeley from Los Angeles several years ago with a desire to create a permanent home and become a parent.

Wild Is Everywhere is available online at Sara Lovell.com 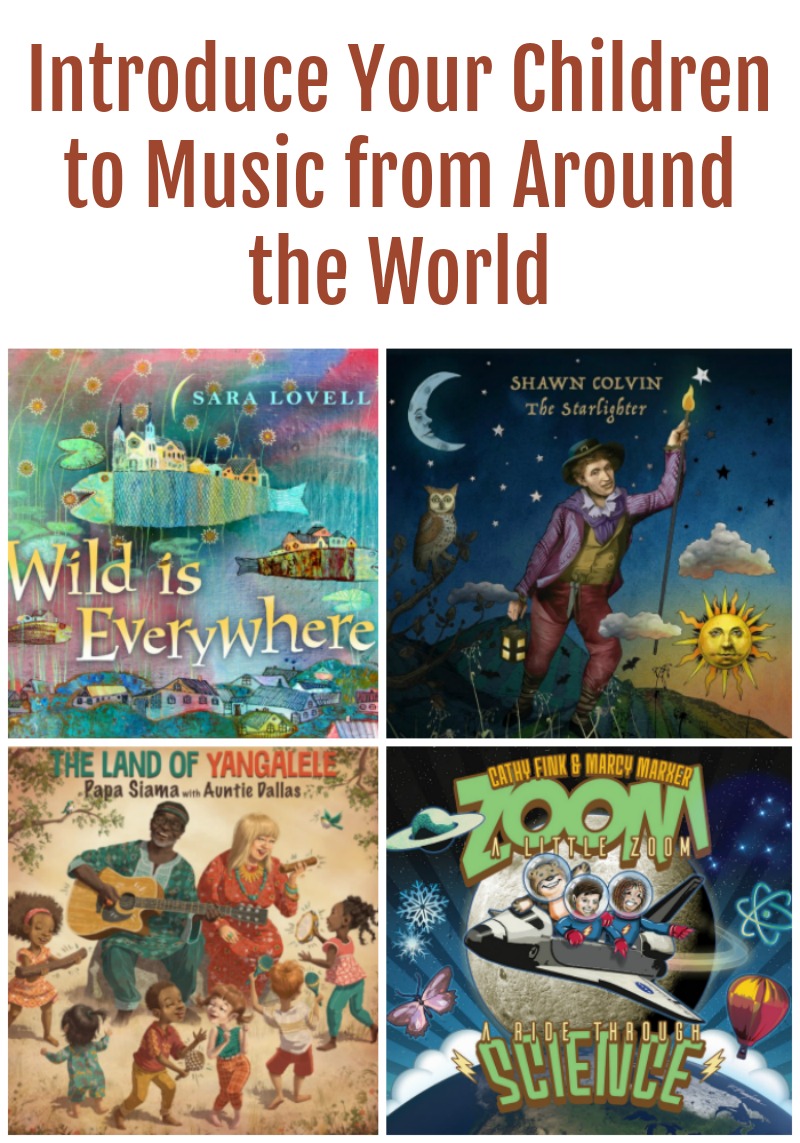 Music has always been a large part of my life. From lessons on several instruments growing up to singing and recording as an adult. My family has also been involved in music and we all enjoy listening to a wide variety of genres.

We have been enjoying the musical talents of the artists listed above for a couple of weeks and I have to say that they are all so talented. Each of the CDs provides entertainment and some have a good amount of educational teaching too.

My little ones are in love with the Zoom A Little Zoom CD. It teaches Science of all things set to music. We learned several of the songs and the little ones have been overheard singing them on their own while playing with their toys.

If you are looking for music to expose your children to that isn’t what you will find on the radio, check out these artists. From lullabies to Science lessons; music created just for children that encourages and teaches at the same time. Artists like this need our support for their efforts too.