My daughter loves owls and wanted an owl themed birthday party.  Therefore I decided to make her a small owl cake and some fun owl cupcakes.  As far as a theme this one did not allow me to go to the store to buy favors and things.  Since I couldn’t buy them, I decided to make everything myself starting. 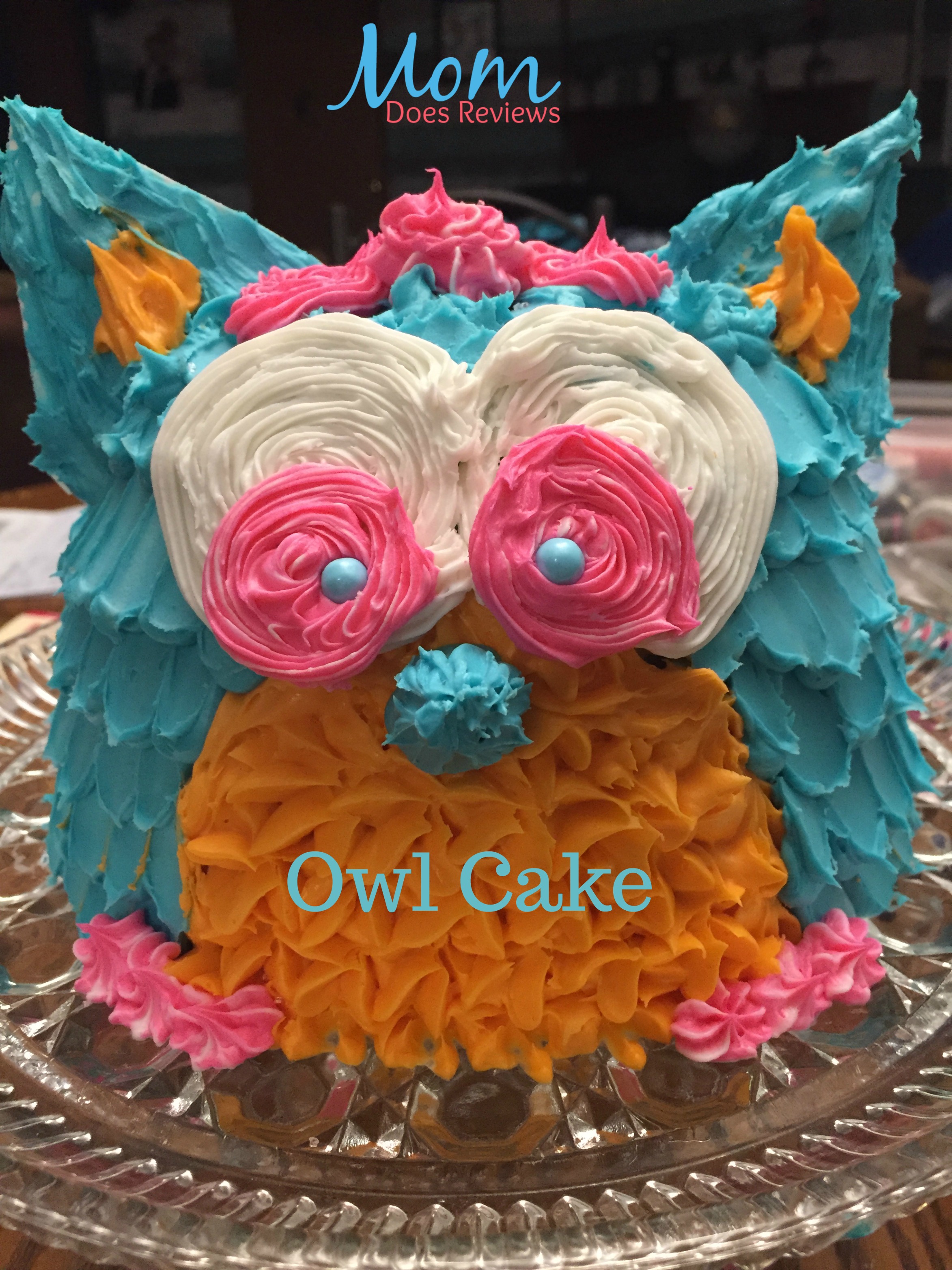 What you need for the owl cake:

This is as simple as following the directions on the box mix, or making your own home made version.  I choose to go the easy route on the cake mix, and then spend time and energy on the decorating.  I use one box of cake mix, and put it in my Pampered Chef glass mixing bowl that is safe for the oven.  The doll dress mold would probably  work just as well.  Once baked, and cooled, I take it out of the glass mixing bowl and wrap it in tinfoil.  Then I freeze it for at least a day.

First take the cake from the freezer and do a light coat of icing all over it.  This is the crumb coat and seals in all the crumbs so they do not come off onto your next layer of icing.  Then I separated my icing into four bowls.  A small amount in two for the white and pink, and a medium amount for my orange.  The blue needed the majority of the icing.  I dyed the blue, orange, and pink colors in their bowls. Then I put the blue into an icing bag with a large round tip.  The orange, pink, and white went into bags with medium star tips.  To begin icing the cake I started with orange and outlined the belly and them filled it in with little stars.  Then I went on to dot blue all around the base of the cake where there was no orange.  With an icing knife I smeared the dots up all around the cake.  Then I added another row of blue dots in between the existing row, and smeared it up.  I continued this process all around the owl and up till there was no white crumb coat showing.

Next I cut ears from white sugar paper and stuck them into the head, then covered them with icing.  I iced the eyes on by just doing circles until I got them to the size I wanted.  I used a icing covered carrot tip for the nose, held in with a tooth pick.  Lastly I added some toes and a bow to my owl cake.

If you want to do some amazing decorations you will need the best airbrush kit. 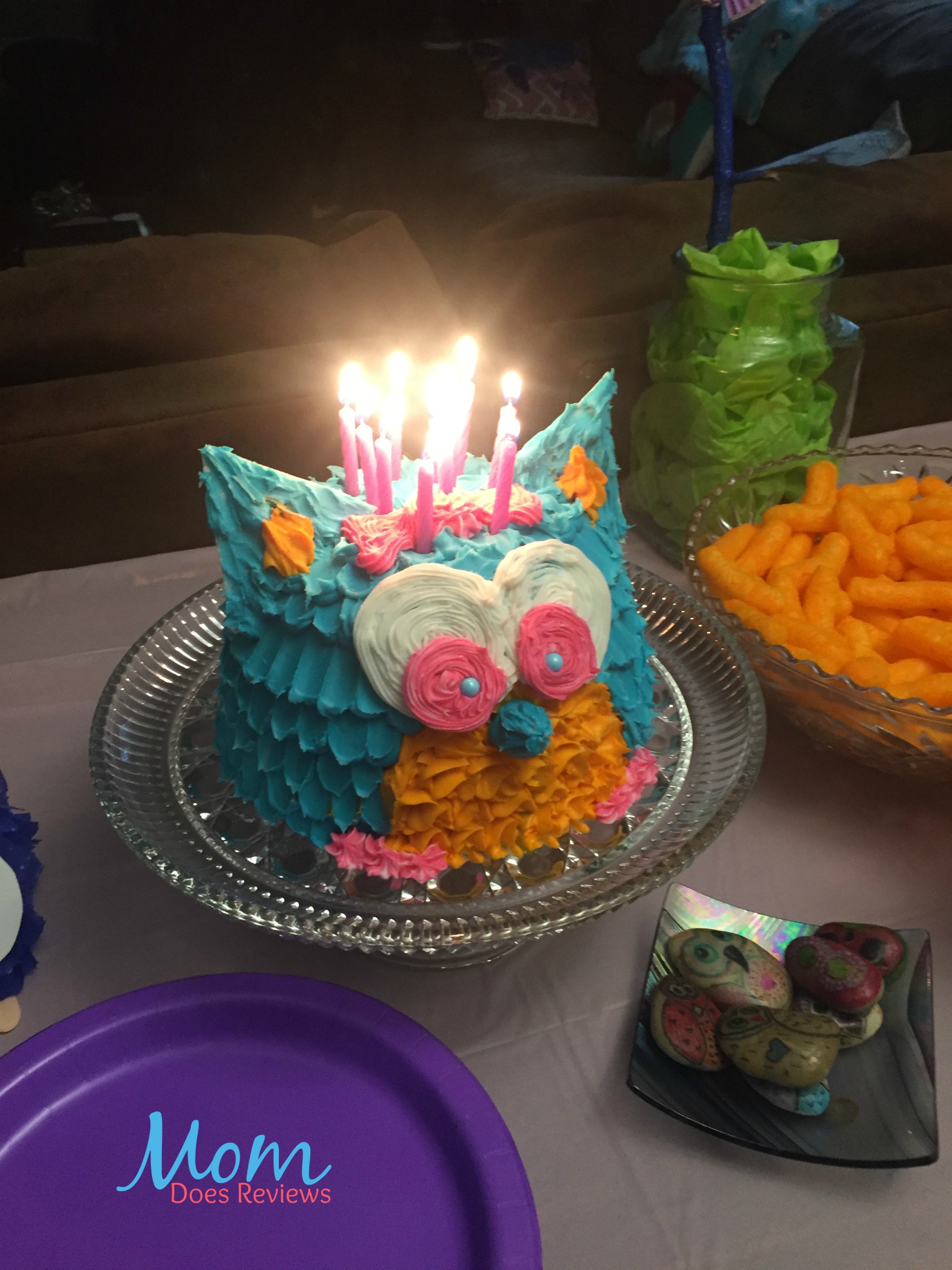 Honestly I would rather work with fondant to get a really flawless finish. but my children begged me years ago to never use fondant again.  Using buttercream is a little harder, but to them it tastes so mush better.  I guess that makes it all worth it.

Now on to her Owl cupcakes. 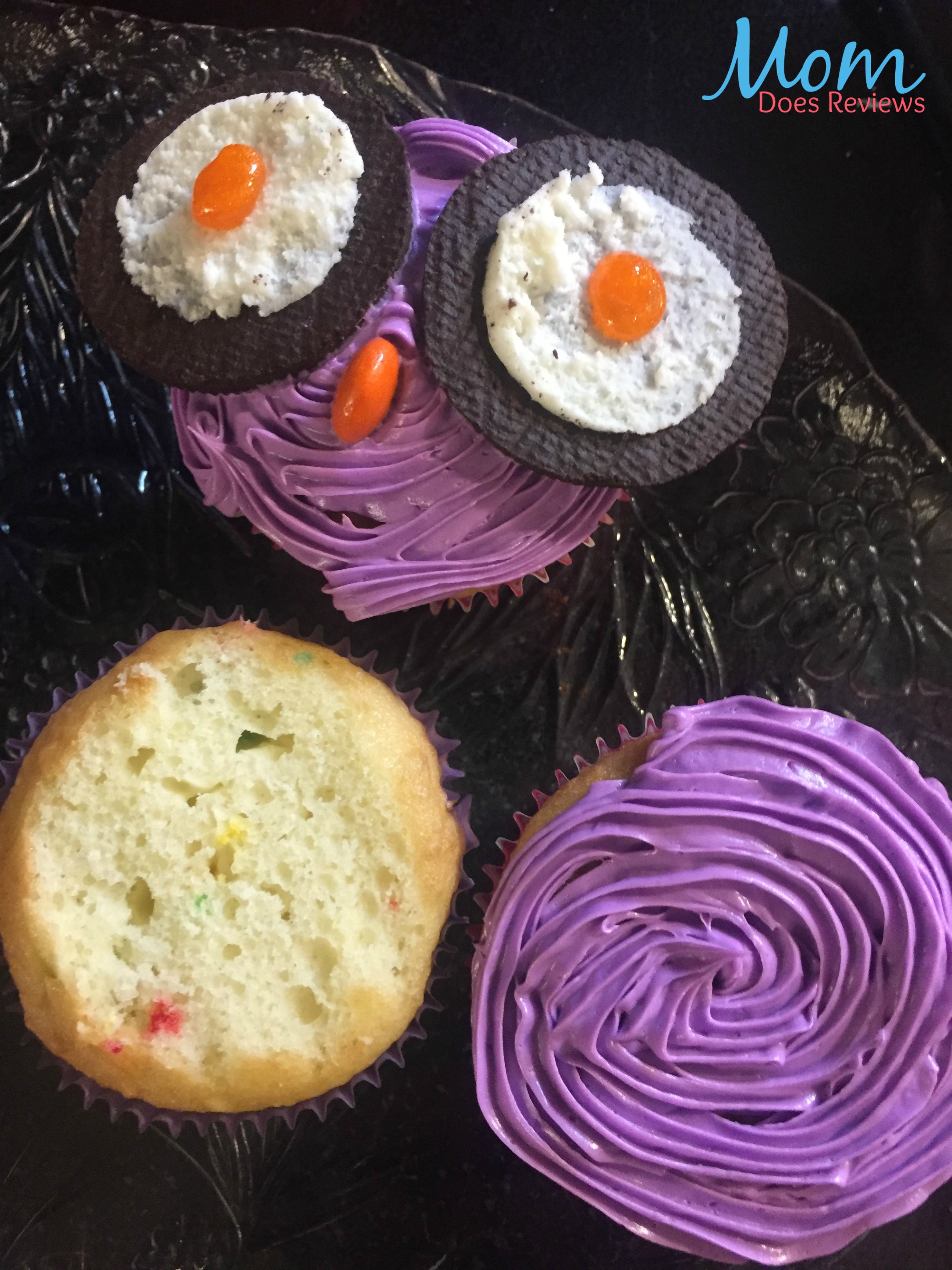 What You Need for the Cupcakes

To Bake the Cupcakes

Follow the directions on the cake mix box and pour into 24 cupcake liners and bake.  Once they are cool, slice the tops so they are flat.

To Decorate the Cupcakes

I used purple frosting, and put it into the icing bag with a star tip.  Then I started at the outer rim and swirled a line of icing until the whole cupcake was covered.  Then I took my cookies and opened them up.  I would advise using name brand because my generic ones split the white icing when I really wanted a think white circle.  Save the discarded side for something else like Oreo Cheesecake.  Anyway I used what I had so my white circles aren’t fabulous but they served the purpose.  I put two cookie halves on each cupcake and dotted the eyes with more icing, or Reese’s pieces.  Next I added beaks by putting a Reese’s Pieces sideways under the eyes. 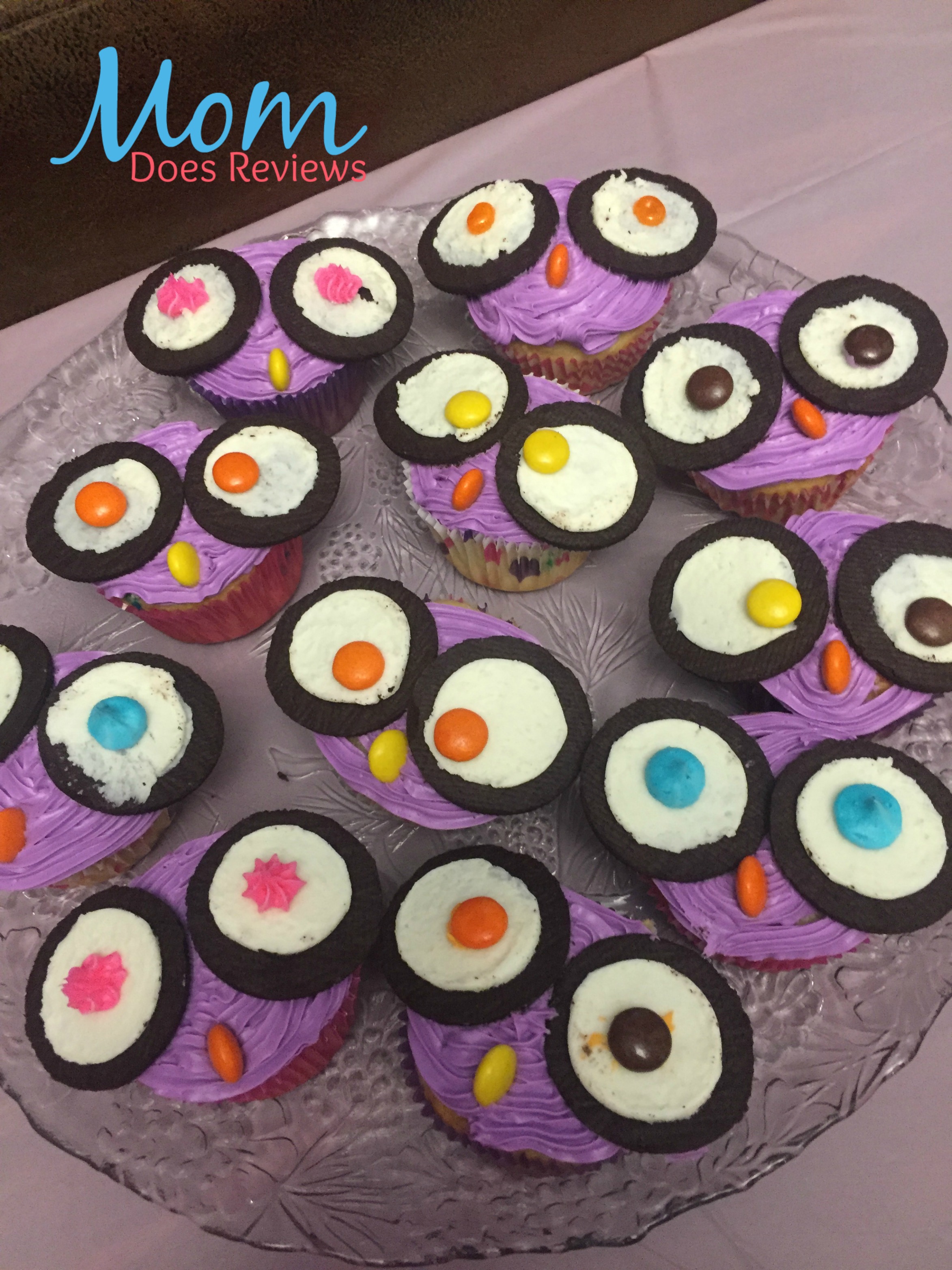 All those cute little owls did not last long.  The cake was devoured by my daughter and her friends without a crumb left for me to try.  I did manage to eat a couple cupcakes though.  They were really good.  The Owl theme was fun and turned out to be a very cute birthday set up.  My daughter was happy and her friends all had fun.  Now we can rest a few months before she starts in on her theme for next year.  She keeps me very busy, but I love it!

What color will you make your owl cake?

Get started on your cake with these supplies: