This is the LAST post in my Cars 3 Sonoma Raceway Disney- Pixar San Francisco Trip!

WHY?  CARS 3 OPENS IN THEATERS TODAY!!

Cars 3 is the PERFECT family movie!! It’s fun, full of energy, friendship, love and learning!  It’s a story everyone can relate to- so DON’T MISS IT!!

Check out my favorite new trailer:

If you have ever seen a Pixar movie, you know that the Pixar short is one of the best parts! 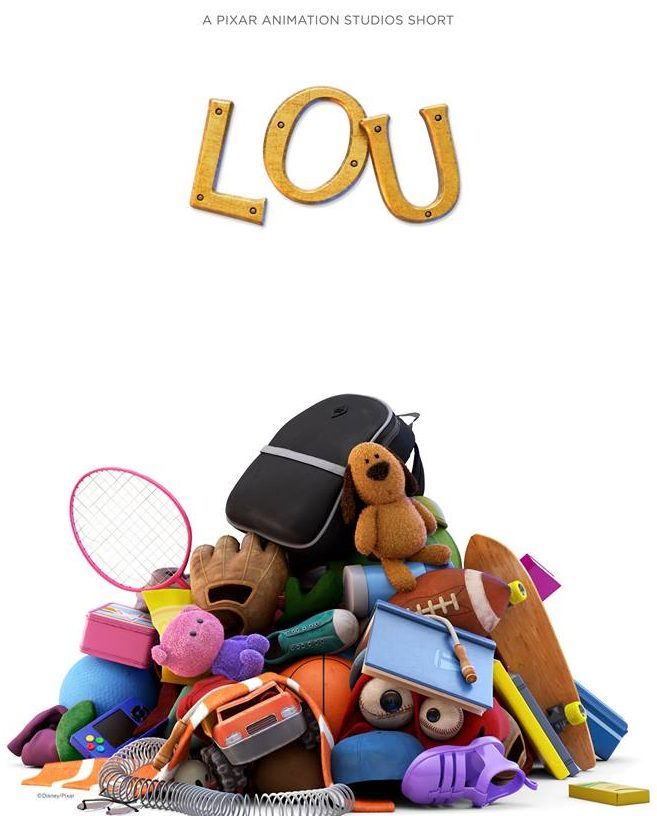 We interviewed  Director: Dave Mullins and Producer: Dana Murray of the LOU Short! 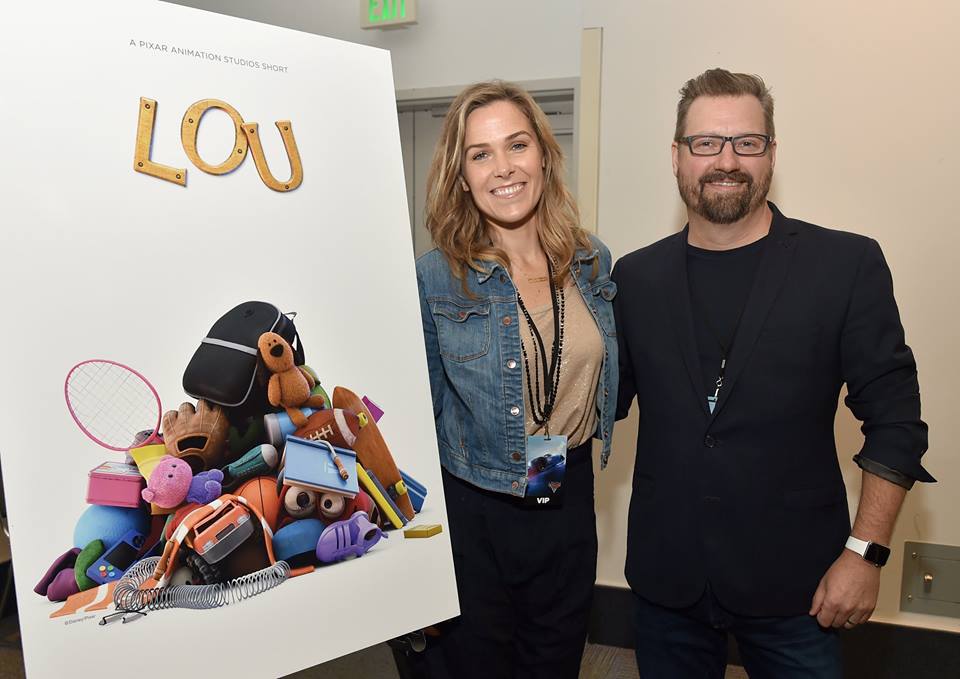 Before I tell you about our fun interview, check out this SUPER CUTE sneak peek of LOU!

Dave said that John Lasseter had said something about Pixar films once that always stuck with him: 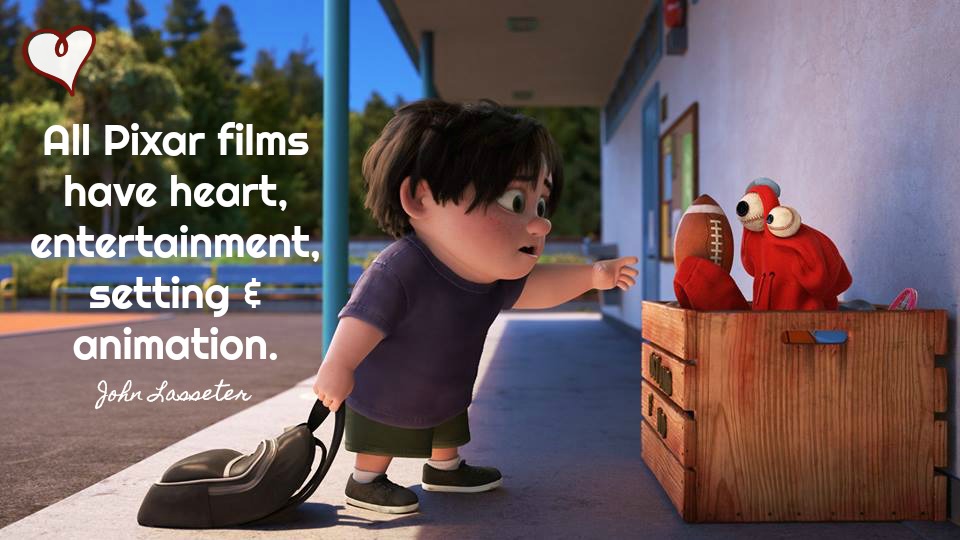 Where did LOU come from?

Dave told us LOU is HIM!  Since 2005 I’ve been pitching short films here, but nothing really took hold.  Then I thought about my childhood, that’s me up there.  When I was a kid I moved around a lot.  I was always the new kid and it was tough leaving old friends behind every year and having to make all new ones … At times being the new kid made me feel invisible.  So I thought about that experience and it gave me an idea for an invisible character that could hide in plain sight at a school and longed to be accepted by the other kids.

LOU was brought to life!

Dave told us: I rethought the character- but I kept that core idea.  A creature that could hide in plain sight at a school and a character that wanted to be accepted.  And this time, the pile of toys was literally the lost and found box at the school.  I followed one of John Lassetter’s rules about bringing inanimate objects to life.  When bringing something inanimate to life, you have to think about its intended purpose in the world.  A lost and found box is meant to collect lost items and return them to their original owners.  This character had a built in sense of purpose. 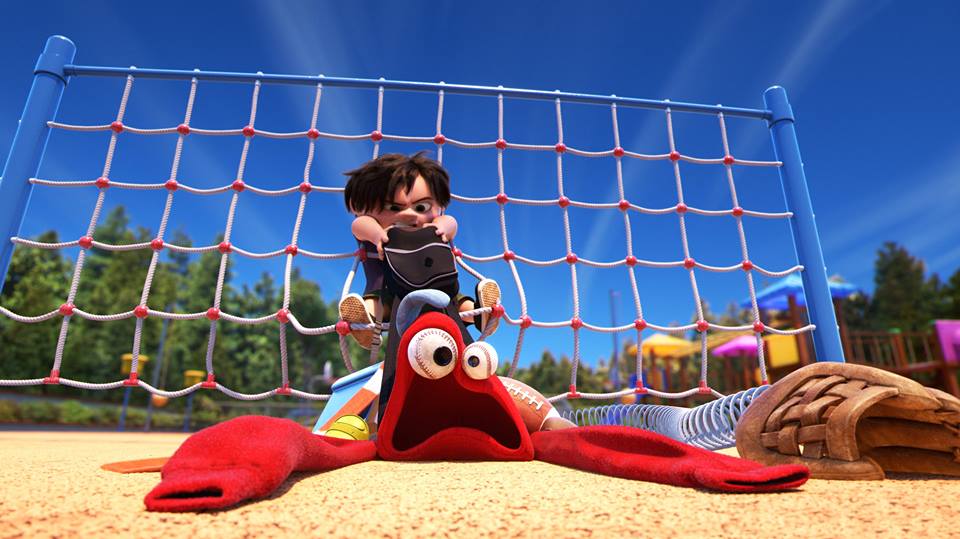 LOU and JJ are animated!

Dave enlisted the help of his wife (she is a talented stop motion fabricator and animator who helped build a maquette of Lou) to bring LOU to life. I discovered there is something interesting with the eyes.  Having the baseballs as eyes, you can turn them to get expressions like lids and as you orient the stitching, he become happy or mad or whatever it is and it acted like eyelids just using the actually objects and for me this is when Lou really came to life and it excited me because this was the part that could only be done in animation.

Dana talked about designing the bully JJ. At first he was way too tough so we looked at Jonah Bobo from Crazy Stupid Love. This kid even though he looked tough also looked vulnerable at the same time.  This was exactly what we needed JJ to look like.  Someone who is as tough as nails but could fall apart when he was reunited with his long lost stuffed animal.  I think you can see a lot of Dave in here.  He may deny it, but this is exactly the design we fell in love with.  So now we had appealing designs for our characters and we started working with the story department. 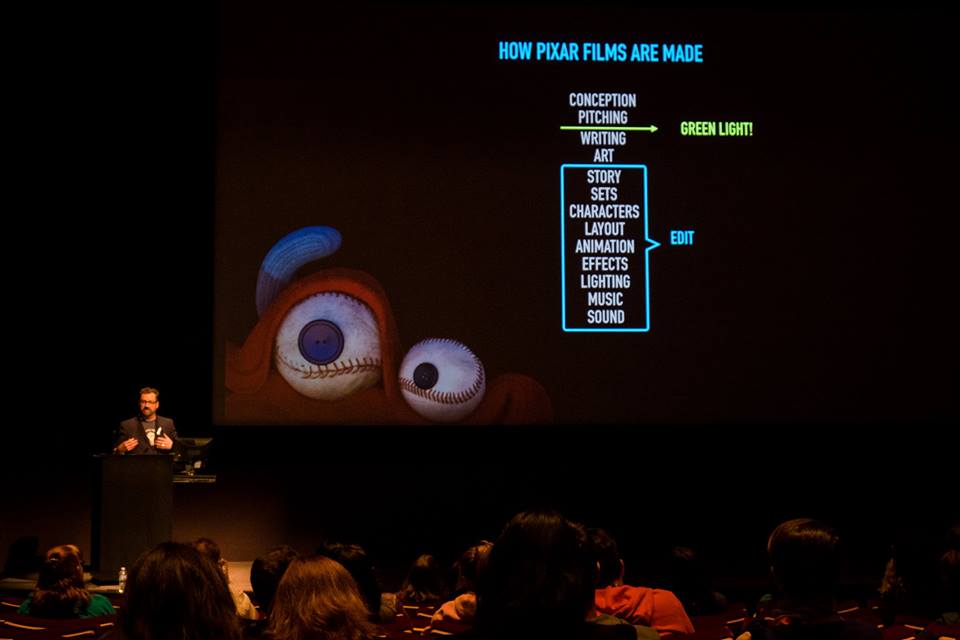 LOU was animated by hand!  There were no computer shortcuts or simulations that we ran to make this character feel alive.  It is fully animation!

Dave told us a little secret about JJ:  his initials stood for Joyce Jean, which is his mom’s full name.

Dana told us that lighting  is done by doing color studies of the world.  They took key moments of the film and did tiny paintings of them, demystifying the emotional beats of the film with color.

Christopher Beck is the music composer for Lou.  Chris had this quirky sensibility about his music and they knew that he would fit the film perfectly. The score was quirky just like Lou and had a lot of heart! 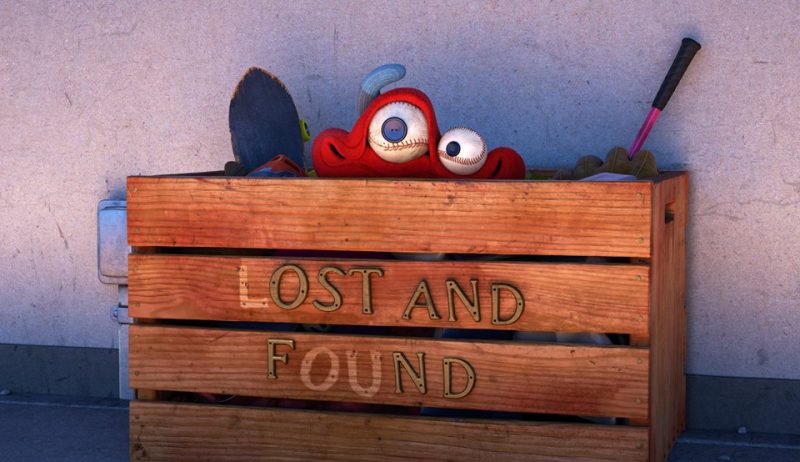 I don’t want to spoil LOU for you, you need to see it for yourself!  Everything from the music to the amazing animation and characters, draws you in! It’s a story about acceptance and finding your purpose.  It’s the perfect opening for CARS 3!

Be sure to check out all my other Cars 3 posts here!  It was an amazing journey of amazing animation, quirky characters and stories full of heart.

Be sure to stay connected socially for ALL of the latest information.