WOW!! I can’t believe there are only TEN DAYS LEFT until CARS 3 Movie Premier in 3D!!!  This post is an exciting one- all the information you need to know about CARS 3 but were afraid to ask, well, almost.  There are NO SPOILERS, don’t worry.  I couldn’t spoil it- I haven’t seen the last 20 minutes of the movie!  So YES, I am BEYOND excited for June 16th!

I attended the CARS 3 Filmmaker Press Conference during my amazing San Francisco Trip!  Director Brian Fee, Producer Kevin Reher and Co-Producer Andrea Warren were there and answered some amazing and intriguing questions. 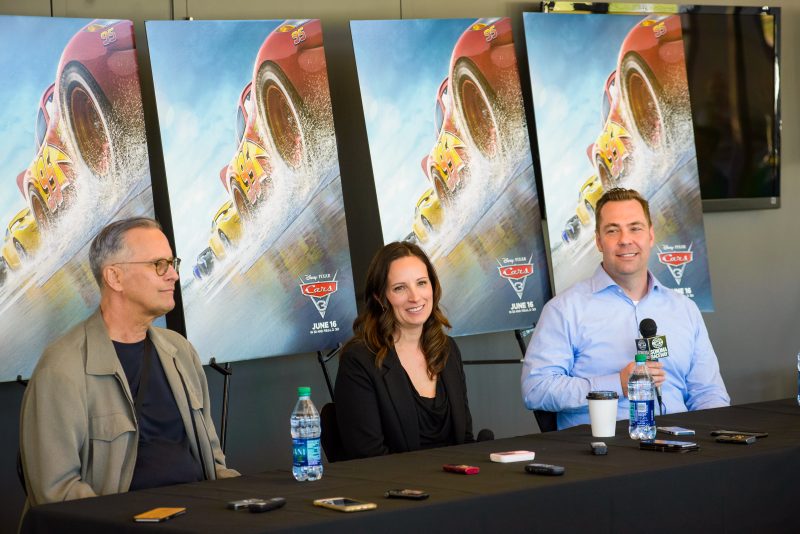 One obstacle in producing Cars 3 was giving Lightning McQueen a problem.  It’s not a story without conflict, and we know STORY is KING at Pixar!  Brian Fee told us HOW they managed to do that!

“We allowed our characters to be imperfect because that’s where we find stories.   We also did a  little research, we started talking to Jeff Gordon, we started to talking to other athletes and we started seeing people who were at the top of the game and they were facing the expiration date that all athletes have.”

John Lassiter always says: we won’t, we won’t make a movie if we don’t have a story we think is worth telling.

What does Lightning say to his problem- I DECIDE WHEN I’M DONE!

Fans ALWAYS want to know what it’s like to work with the actors! We got the inside scoop!

In case you didn’t know yet, here are the actors in Cars 3: 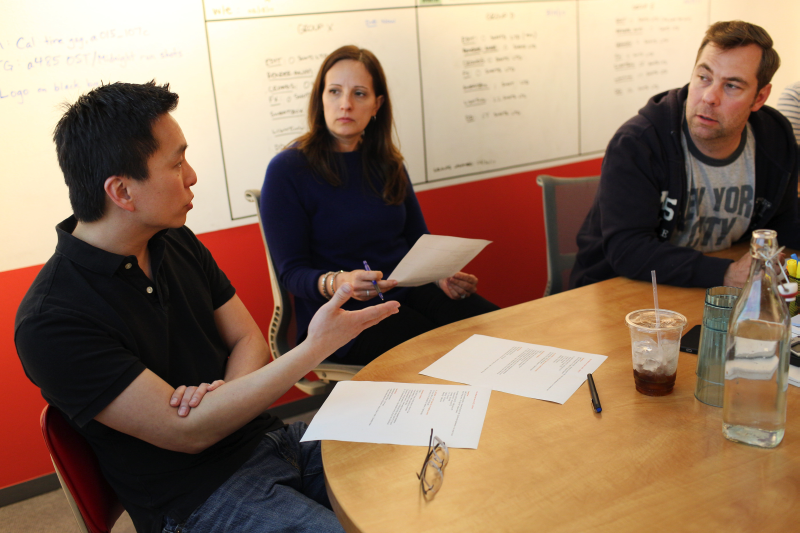 Brian talked about working with Owen Wilson: “With Owen, it was McQueen is saying those lines. It’s really great working with him, he’s very collaborative.  One of  my fondest memories with Owen  is him looking at the lines and stopping and saying, ‘this doesn’t make any sense to me’.”

I know I have always LOVED Nathan Fillion and was intrigued by how he interacted with everyone.

Brian gushed about Nathan Fillion: “Nathan’s very charming and he kind of charmed me the moment that he walked in the room.   He sits you down and he starts smiling at you, you’re like, ‘yeah, you’re the right guy’.”

Kevin said: “Nathan loves animation, he flew himself up to PIXAR to meet us before we even cast him in Cars3!” 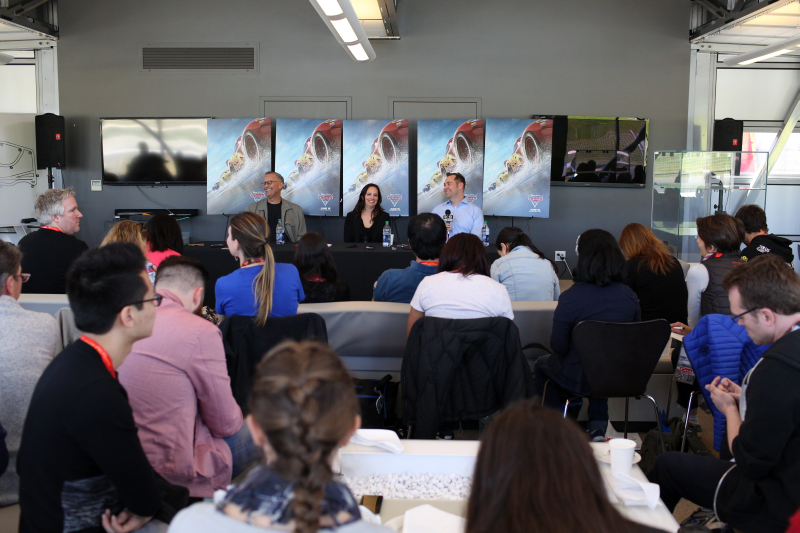 Brian gave us some insight about working with Kerry Washington: “She steps in front of the microphone and starts throwing out all the lines as if she’s a veteran, you know, in the animation.  There’s a certain way we work in animation, it’s a little different and she instinctively had it down.”

Brian also talked about the actual CARS characters: “They’re the world’s characters at this point, so the audience has a certain expectation of the characters that they fall in love with.  And I need to respect that and make sure that we stay within lines of that story wise.”  No wonder the moving is so amazing!!

One of my favorite quotes from CARS 3 is: “You can’t turn back the clock kid, but you can wind it up again.” 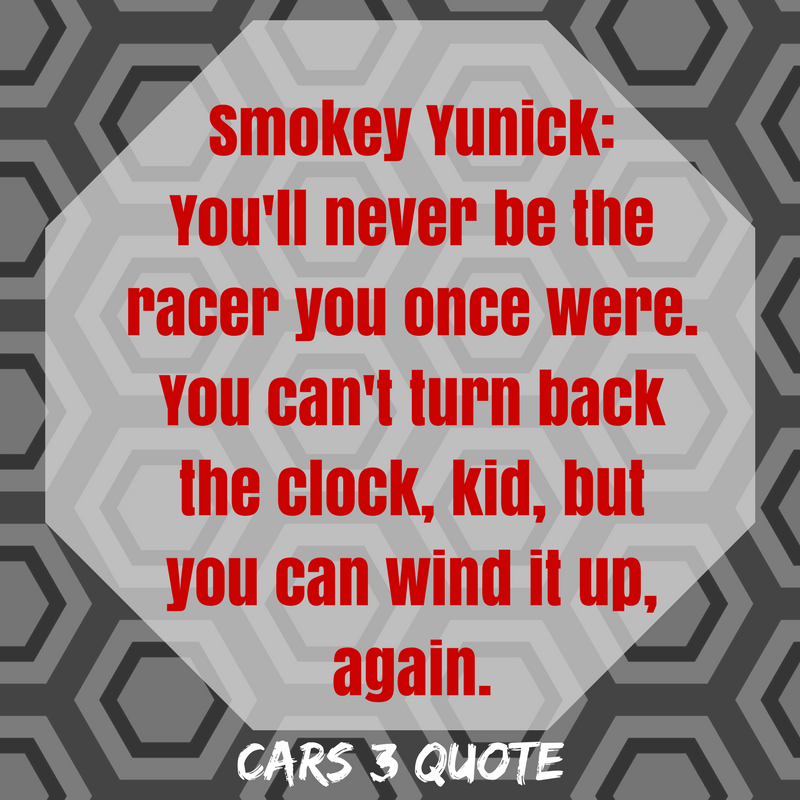 In Disney•Pixar’s “Cars 3,” a sleek, new generation of racers hits the track, including front runner Jackson Storm, who threatens Lightning McQueen’s championship status and forces him to rethink his strategy.  Find out if Lightning makes a comeback on June 16th!

When asked about the message of the movie, Brian said: “It is finding purpose in life.  And, that changes throughout your life. What is important to you when you’re twenty is no longer necessarily what’s important when you’re forty five.   And we go through these changes where life does have new meaning and that’s the discovery McQueen is on.” 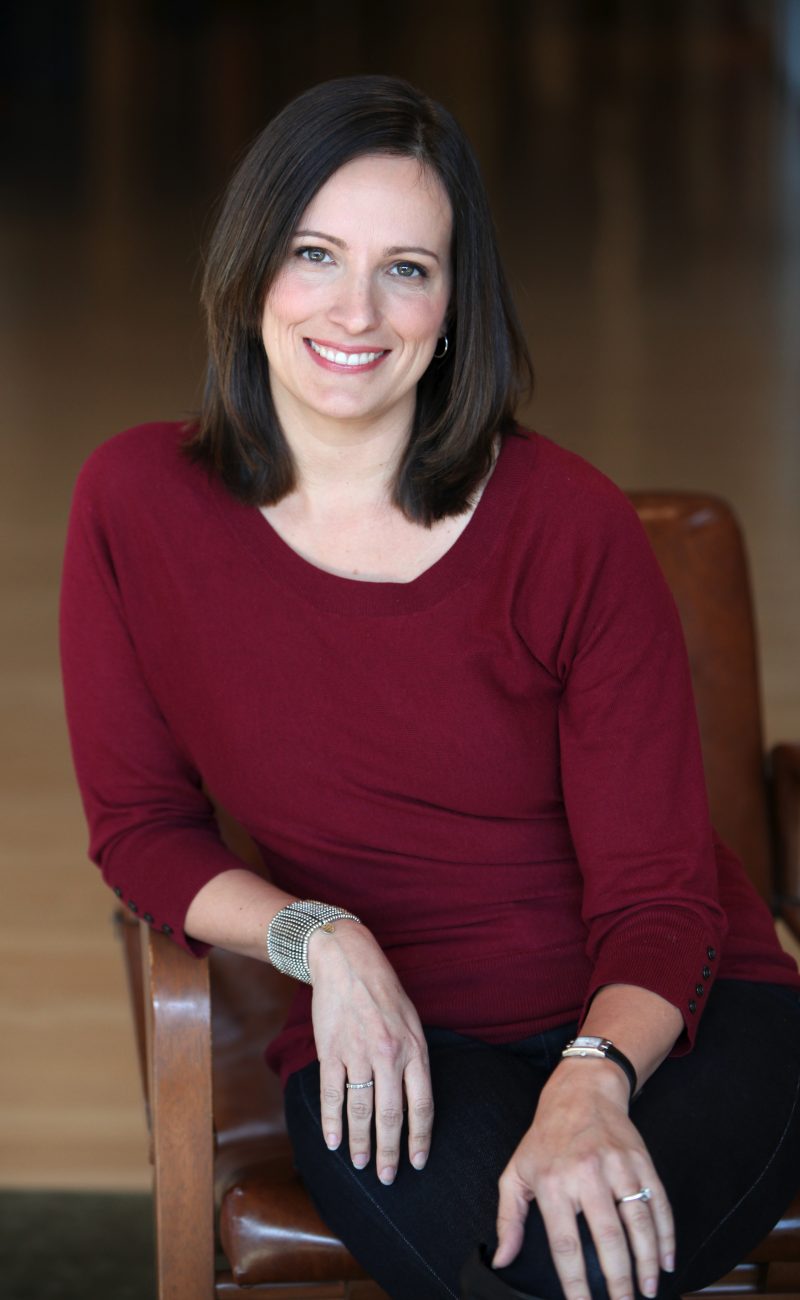 When asked about which angle of the movie did they relate to, Andrea said: “Cruz really makes her mark, she finds her way and throughout this movie I love that we get to know her more, we know about where she’s coming from and what motivates her.”

Which angle of the movie will YOU relate to?  You can find out soon!

Don’t miss any of my previous CARS 3 POSTS HERE!

Be sure to stay connected socially for ALL of the latest information. 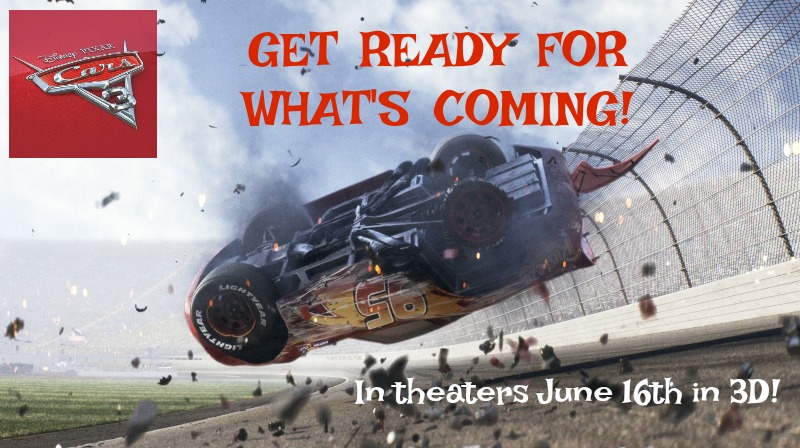