Story is KING at Pixar!

I know I keep saying this, but the Story of our Story Presentation was another one of my favorite parts of the Pixar/Disney Cars 3 Sonoma Raceway trip!  Learning about how the story developed from the writers and Story Supervisor was MAGICAL!!

Speaking of magical- check out the new Cars 3 Trailer- you will want to see the movie even more after watching it!

Part of our day was filled with infinite education about HOW and WHY of Cars 3. We had the honor of listening to these amazing people; Mike Rich, Kiel Murray, Bob Peterson and Scott Morse, talk about the Story of the Story.  We learned so many things that happen behind the scenes, I could write 4 blog posts about it.  I will spare you all the wordiness and fill you in on my favorite parts! 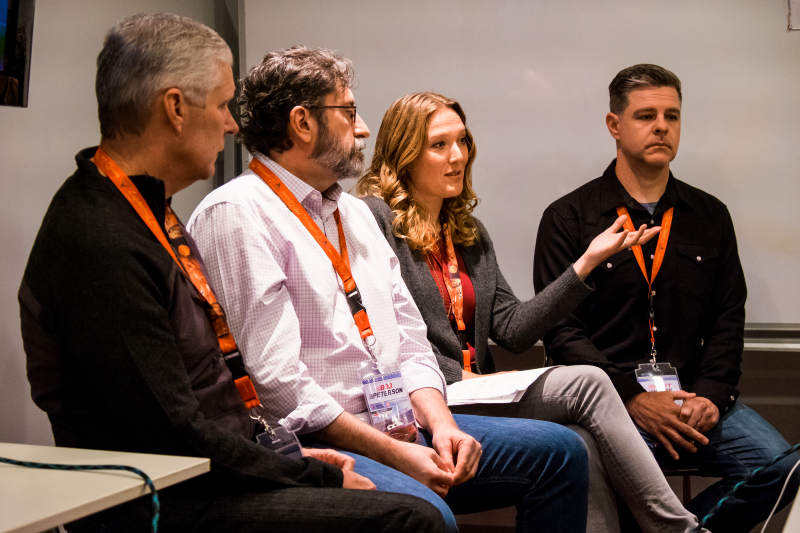 Mike Rich:  I have been a screen writer now for more than 15 years and some of the films that I have written and worked on include Finding Forester and Secreteriat. This was my first time working for Pixar. First time working in animation.

Bob Peterson: Its hard to follow that but I’m Bob Peterson. I am a 23 year veteran at Pixar which means I started when I was 16 years old. LOL. I am a story and screen writing veteran among other things. I was a star supervisor on Monsters Inc, writer on Finding Nemo, co-director and writer on Up, the voice of Doug, Roz and Mr. Ray. 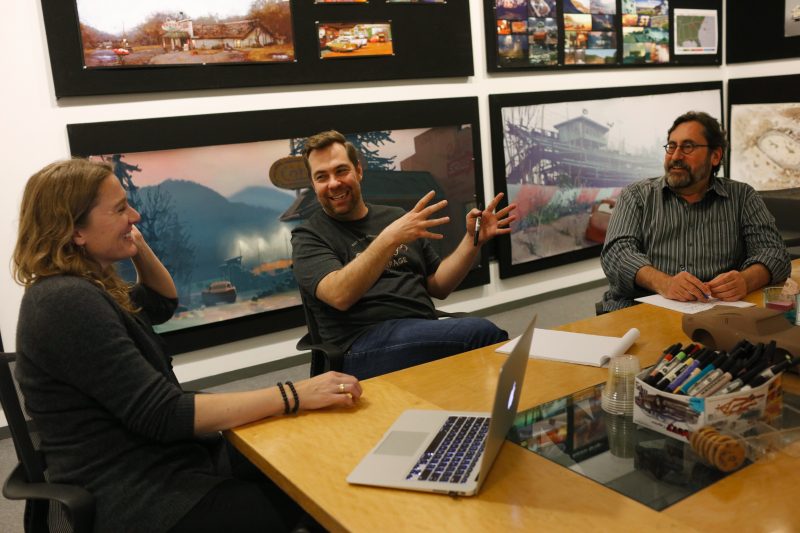 Scott Morse:  I was the story supervisor on Cars 3. I have been at Pixar for a little over 12 years now. I worked on Ratouille, Wall-E, Brave, Cars 2 and now Cars 3. 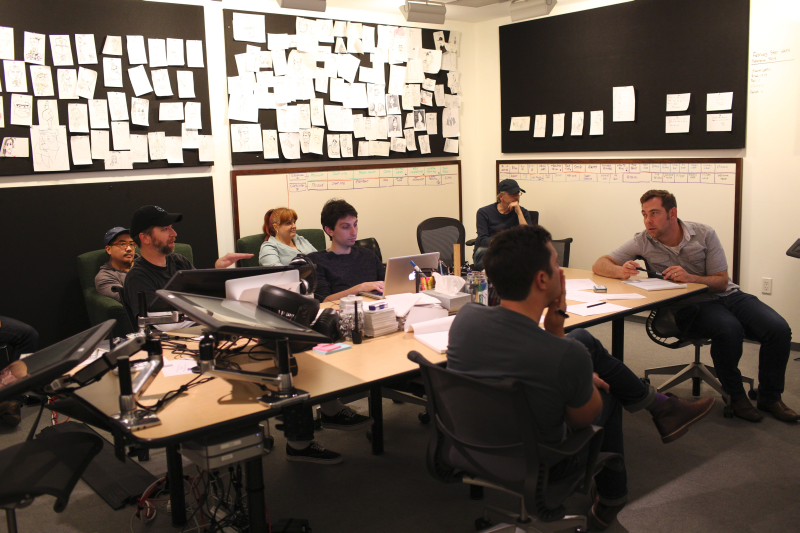 There was a lot of discussion around the theme of Cars 3- about how do you know when things are changing- the answer is (this is mentioned in the film) that the kids will tell you.

Bob said: The exciting thing for us was that Cars 3 is kind of the inverse of Cars 1. Remember when Cars first started out- McQueen was this brash, cocky rookie who just had youth on his side. He had speed to burn. He didn’t need anybody telling him about anything. He had the answers and his appreciation and respect for the sport was basically just for what it means for me. Cars taught McQueen that there is a lot more to value than just that. 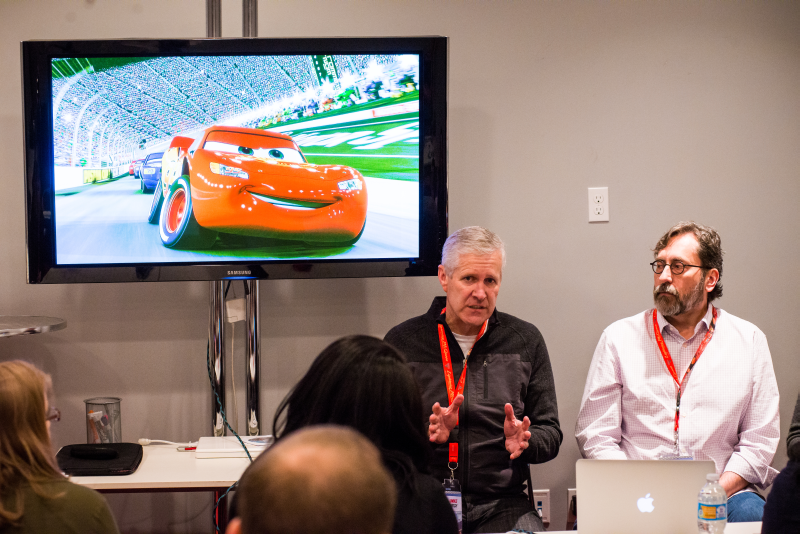 Mike said: For us it was a great opportunity to just create a kid who was kind of a mirror image of McQueen, but has much more of an edge than McQueen had in the first story but has the speed and the technology.  It shows how the sport has changed. For McQueen, Jackson Storm really represents a generation that can take from McQueen and McQueen’s career and the sport that he loves more than anything in the world. 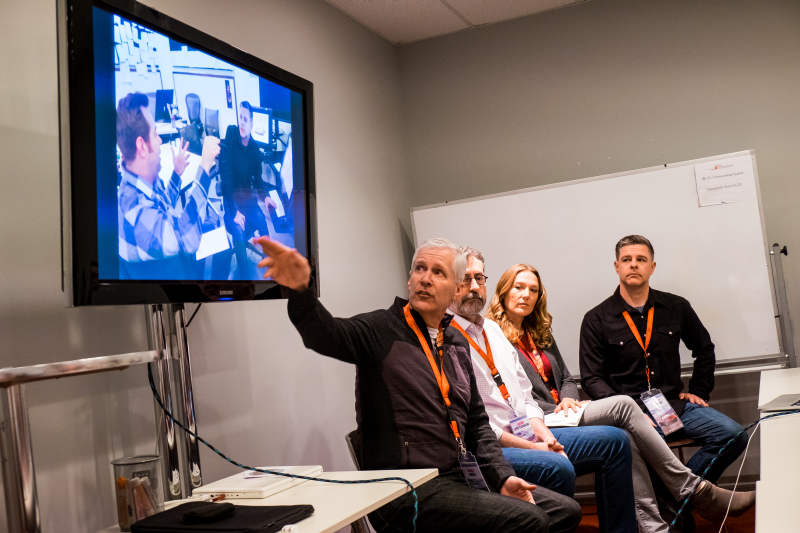 You HAVE to have Side Characters! Bob said: It was a joy to be working on a sports film. You don’t get that too often when working in animation. So we came up with new perspectives and our main job was to work on McQueens’ dilemma -who would he be paired with. All of these films exist in a vacuum if its just the main character. You have to have side characters. What’s your character’s flaw? A side character needs to push that character to learning who the main character needs to be. We went through a lot of variations and we settled on Cruz Ramirez.

SIMULATED SPEED — Tech-savvy trainer Cruz Ramirez (voice of Cristela Alonzo) is armed with cutting-edge tools—like a racing simulator—to help turn racers-in-training into champions. But Lightning McQueen (voice of Owen Wilson) isn’t a fan of Cruz’s high-tech techniques and decides instead to return to his roots—bringing his skeptical trainer along for the ride. Disney•Pixar’s “Cars 3” opens in U.S. theaters on June 16, 2017. ©2017 Disney•Pixar. All Rights Reserved.

The Actors inspired qualities in the characters! Kiel Said: We initially crafted Cruz out of what McQueen needed her to be, but once you know what that who is she is, what’s her own story, its put him aside. We looked at a lot of things and Cristela’s own life was inspirational. She talked about trying to break into comedy, feeling different, looking different and sounding different. She grew up in a small town. We looked at that as well.

How to make a movie in a nutshell: Scott said: You get the movie up and running, you get the emotional on the page but at the end of the day you’re making a movie, you have to make it visual and use that film language that is going to live in your hearts and your minds. 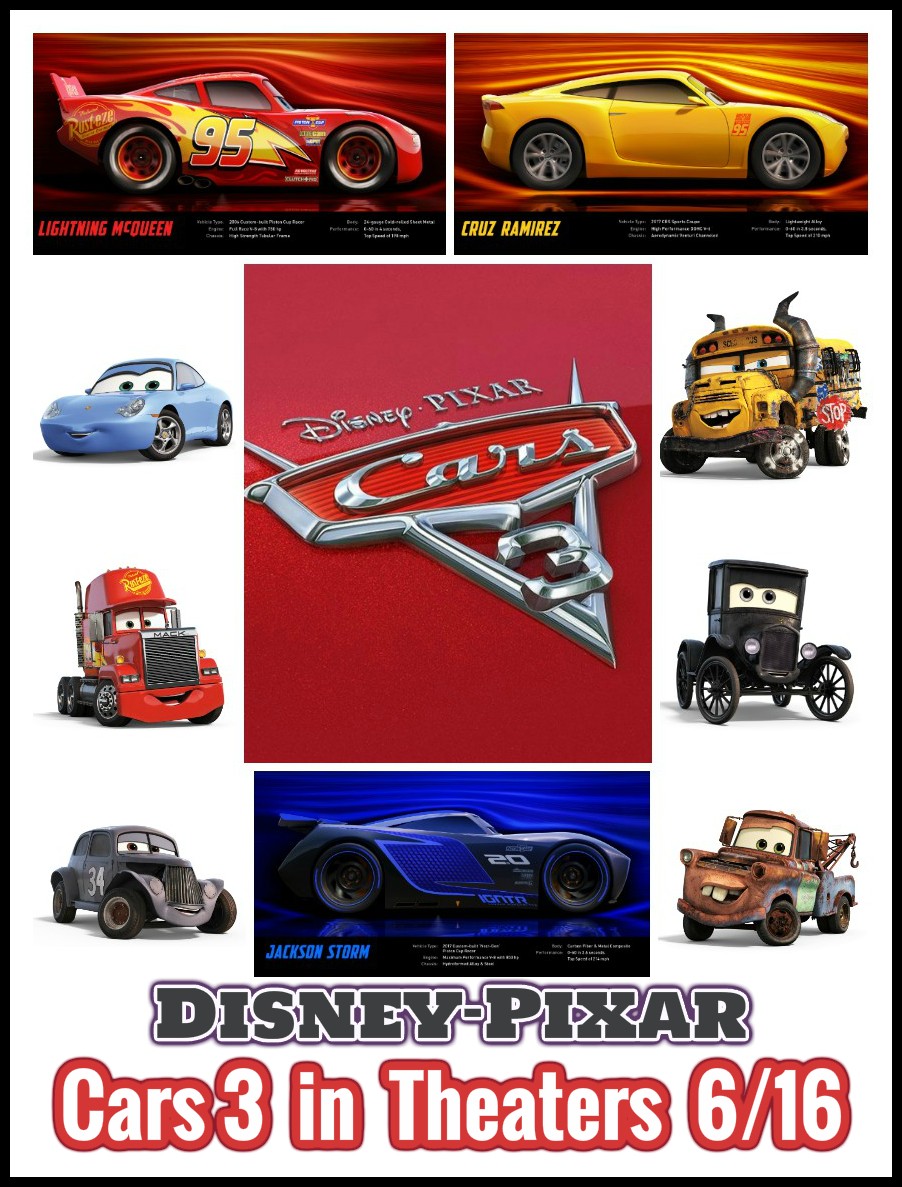 The main theme running throughout our time with Pixar and Cars 3 Event was THE STORY IS KING. (I love that Jenn Tan mentions this on The Toy Box almost every week!)  Without the story, without emotion, there is no movie.  It will not live in our hearts and minds! 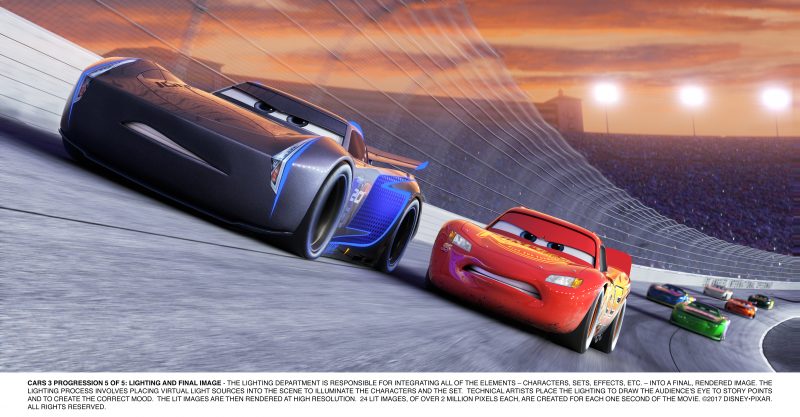 Cars taught McQueen that there is more value in life than just winning.  We see Storm, his younger nemesis, as the generation that can end his career.  You will have to watch the WHOLE MOVIE on June 16th to find out what happens!

Ka-Chow!  Are you excited to see Cars 3 race into theaters this year?  I know I am!  After being at the Sonoma Raceway and at PIXAR, I am beyond excited for June 16th! 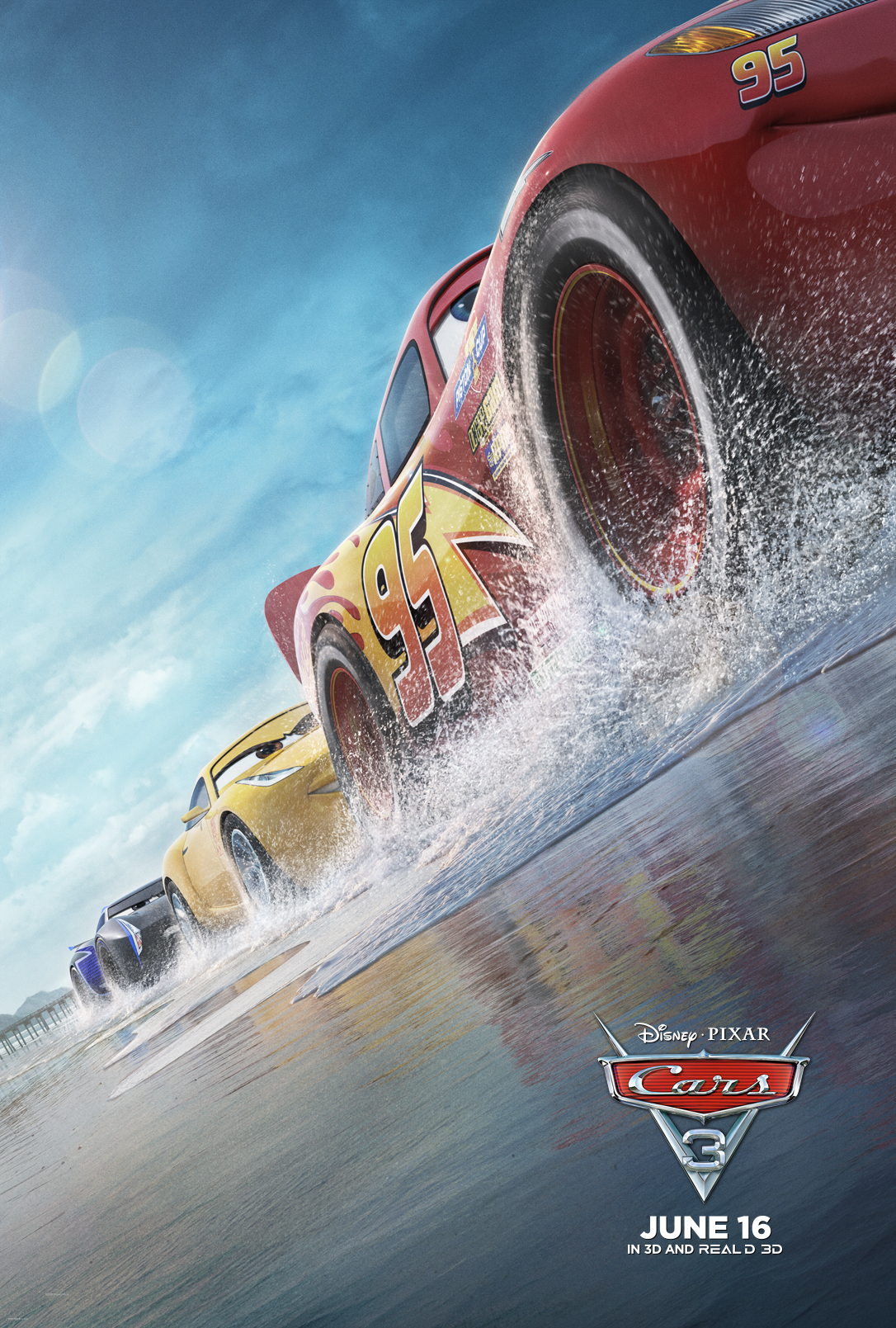