Marvel has made another wonderful superhero movie! Doctor Strange is a movie about a former neurosurgeon that goes on a journey to be healed after a horrific car accident. He finds that he can be healed but goes into a world of magical arts.

Anyone who knows my family knows that we LOVE Marvel and all the movies they come out with. We have followed the Avengers for quite a while. Every once in a while, they will choose a hero that is not as mainstream as Spiderman, Hulk or Captain America. That is what they did with Doctor Strange. 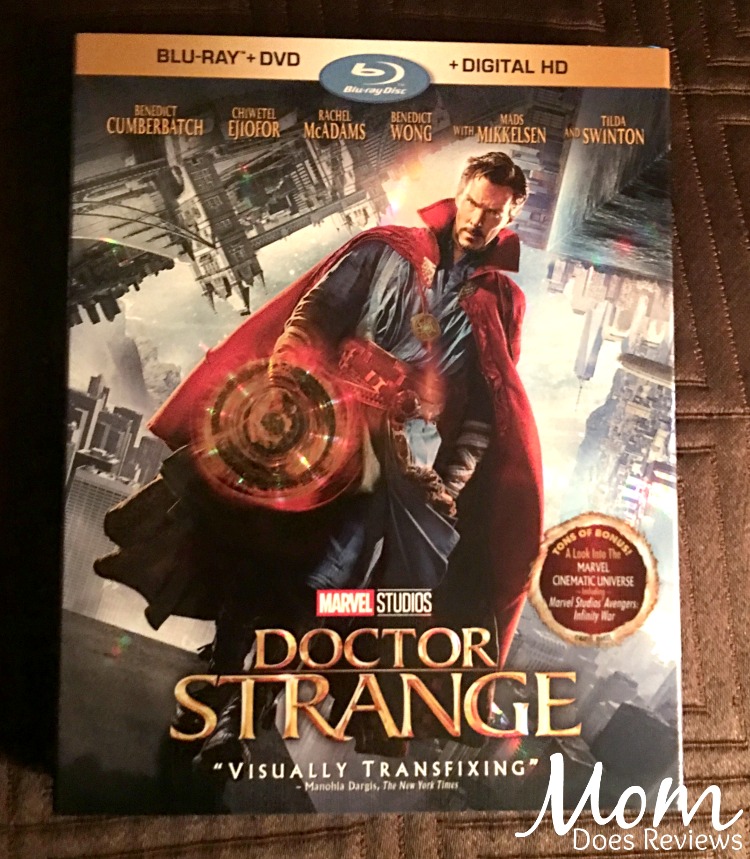 Doctor Steven Strange (played by Benedict Cumberbatch) is THE top neurosurgeon. He was magic in the operating room, fixing anyone who came in his path. One night while driving too fast, he wrecked his sports car and almost died. What did die was his career. With the damage to his hands, he would never operate again.

Searching for a way to heal his hands, he discovers a previous patient (played by Benjamin Bratt) that was completely paralyzed. However, when he ran across him, he was playing basketball without a wheelchair or any aids of any kind.

Following the route as instructed by Bratt, he ends up in a world of dark magic, where he finds healing and a new calling. 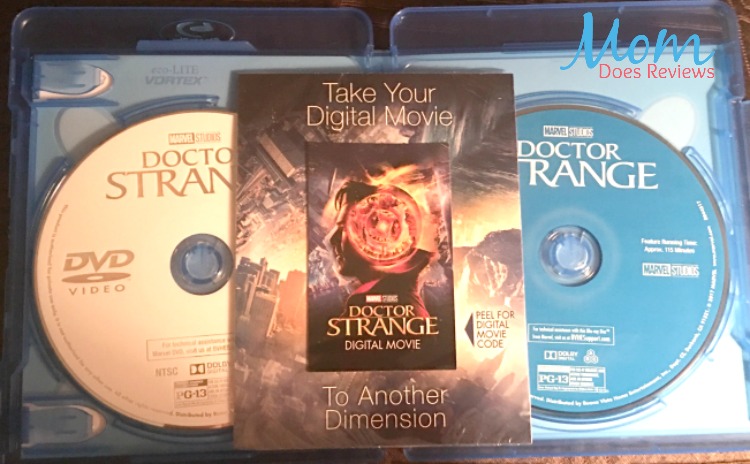 Check out Doctor Strange on Blu-Ray and DVD today! The Blu-Ray offers lots of bonus features including:

♦A Strange Transformation — Open your eye to a new dimension of the Marvel Cinematic Universe, and see how the filmmakers brought one of comic books’ greatest characters to life|

♦Strange Company — Find out what it’s like for the cast to work on a Marvel film, and how Director Scott Derrickson engineered one of the most ambition, imaginative films ever.

♦Across Time and Space — Explore the endless hours of dance and fight choreography the actors endured in preparation for their physically demanding roles.

♦Team Thor: Part 2 — See more of the hilarious partnership between Thor and his roommate Darryl in this satirical short.

You can also stream and download with Digital HD.

Go online to find out more about Doctor Strange and discover more about Marvel Studios!