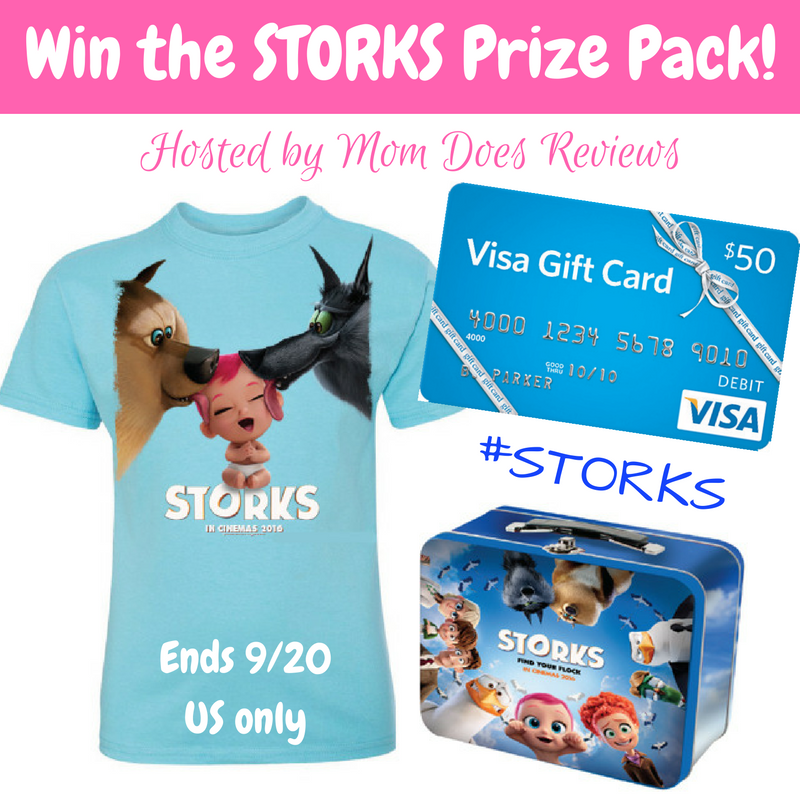 This fun giveaway is sponsored by Warner Bros Pictures and hosted by Mom Does Reviews.

From the studio that delivered The LEGO Movie. STORKS, in theaters September 23!

Storks deliver babies…or at least they used to. Now they deliver packages for global internet giant Cornerstore. Junior, the company’s top delivery stork, is about to be promoted when he accidentally activates the Baby Making Machine, producing an adorable and wholly unauthorized baby girl. Desperate to deliver this bundle of trouble before the boss gets wise, Junior and his friend Tulip, the only human on Stork Mountain, race to make their first-ever baby drop – in a wild and revealing journey that could make more than one family whole and restore the storks’ true mission in the world.

Be sure to check out this fun game!  Time to build! Help Tulip build her flying machine in the Storks Tulip the Builder game! Play now! 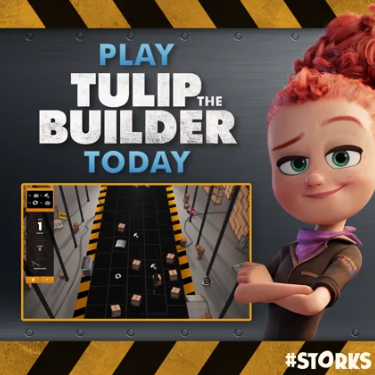 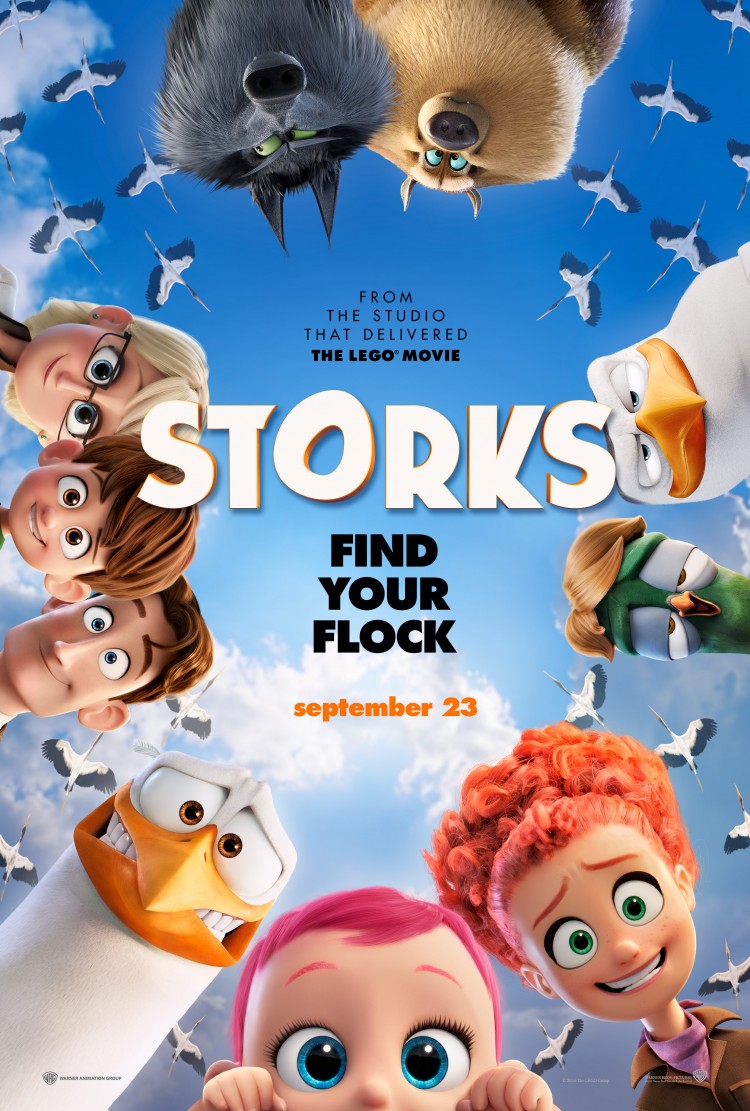 One lucky reader will win a $50 Visa GC, STORKS T-shirt and Lunchbox! 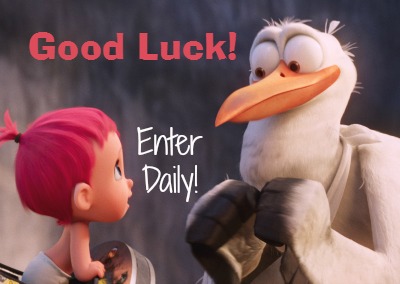