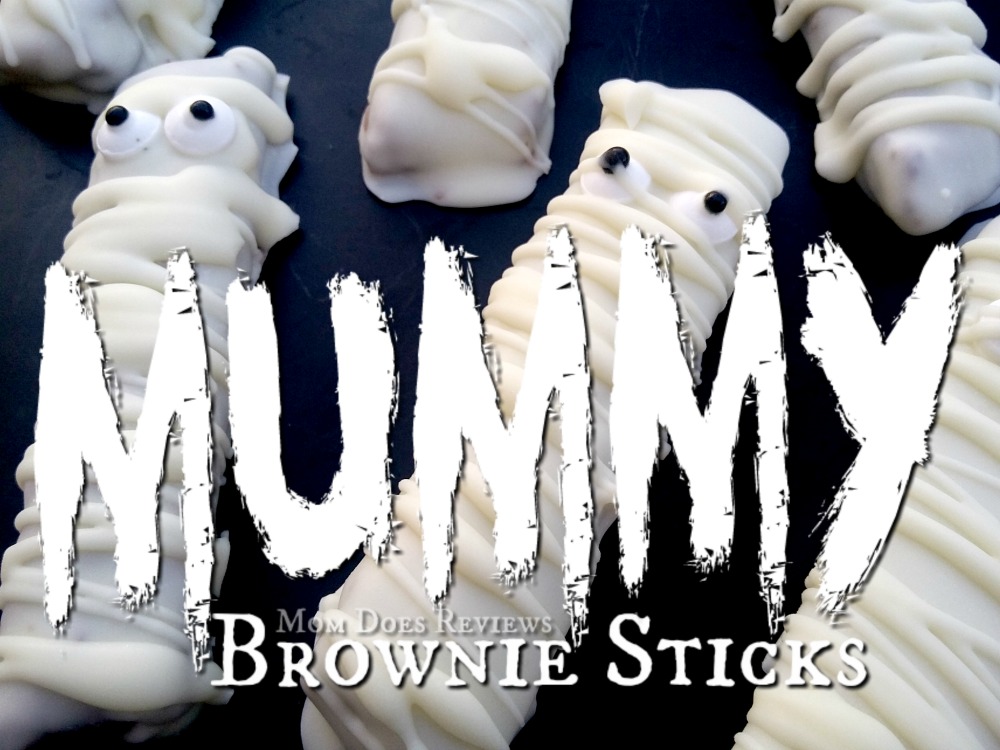 If you are looking for a fun and frugal Halloween dessert

to serve to your party guests this year, we have it!

Ever since I saw a recipe idea for brownie sticks in a magazine a few months ago I was looking for a way to put my own spin on it — that’s when I decided to make these yummy mummies!  They are simple to make and cheap! Honestly, I’m not sure there is anything cheaper to make! Are you ready for a shocker?…

One box of brownie mix made more than THIRTY mummies!

Can you believe a one dollar box of brownie mix can give you so many mummies?  Even after you add together the cost of the brownies (prepared), melting chocolate, and candy eyes, you will be within a budget of twenty-five cents per serving! 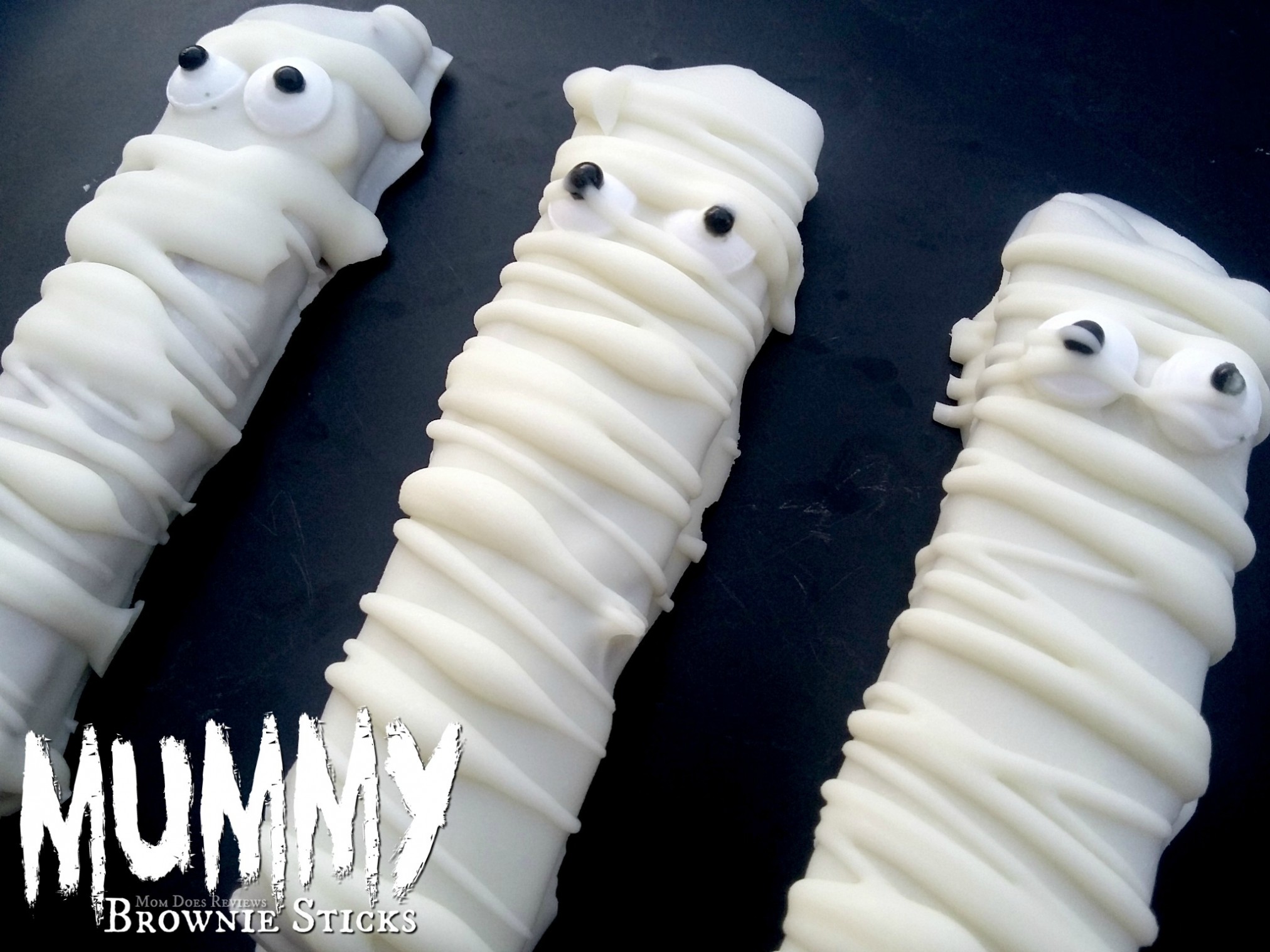 Prepare brownie mix according to the package directions.  Pour batter onto cookie sheet.  Spread evenly (but don’t force it to fill the edges if your batter looks like it may be getting too thin.)

Bake for 15 minutes (or until brownies are done.)

Cut brownies into strips that are, approximately, 1 inch wide and 4 inches tall. Chill brownie strips in your freezer while preparing the melting chocolate.

Combine half of the package of almond bark and 1 tbsp of shortening in a heat safe bowl.  Melt according to the package directions.

Dip brownie sticks (one at a time) in melting chocolate.  Cover with chocolate completely and place on wax paper to set. Don’t worry if you can see a little brown from the brownie under your initial chocolate coat, the mummy wrapping may cover this later.

Melt and repeat the dipping steps (above) until all sticks have received their initial coat of chocolate.

Chocolate Melting Tip:  Don’t melt all of your chocolate at one

time as pieces of brownie may contaminate the batch.

Allow chocolate to set before moving onward to the next step.

Pour remaining melted chocolate into the corner of a plastic bag.  Remove air and prepare to pipe your mummy wrap by snipping a small piece out of the plastic bag corner with scissors.

Using a zig-zag motion begin piping chocolate onto your mummies.  Go from left to right until you have added “mummy wrap” from the top down to the bottom of all your sticks.  Try not to cover the eye pupils.

Break off excess mummy wrap and arrange the yummy mummies on a serving platter! 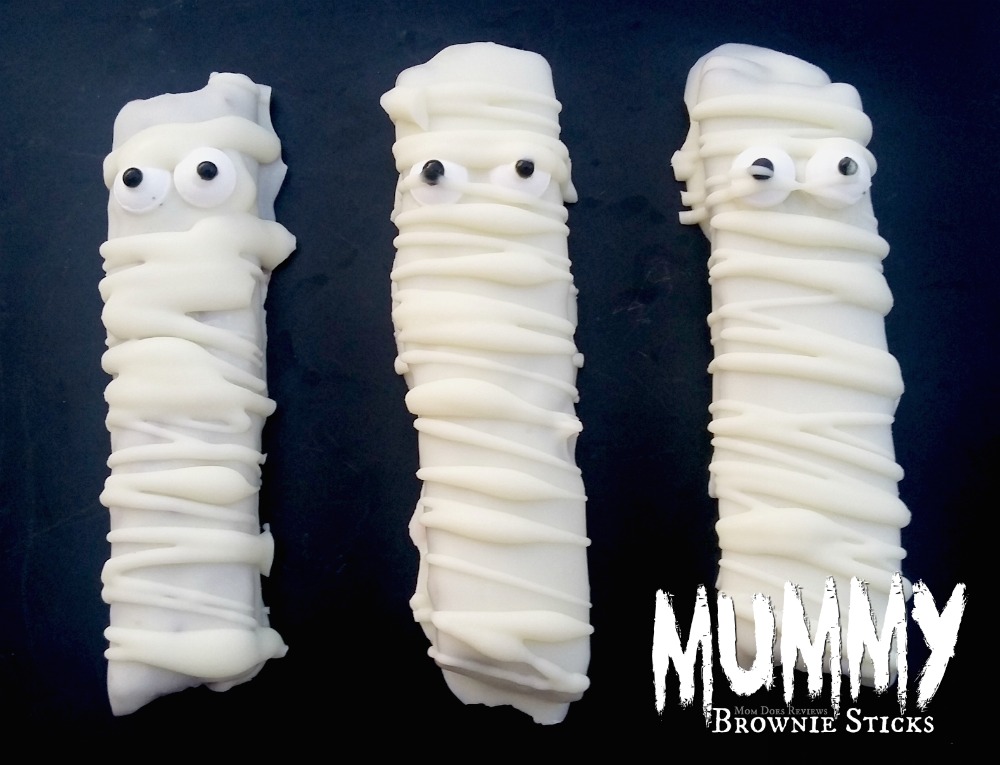