I love when my children think outside the box.  FunnyBone Toys created games designed to challenge the way we think, and that focus on independent thinking.  These games are fun and novel.  We really enjoy playing them on our family game night. 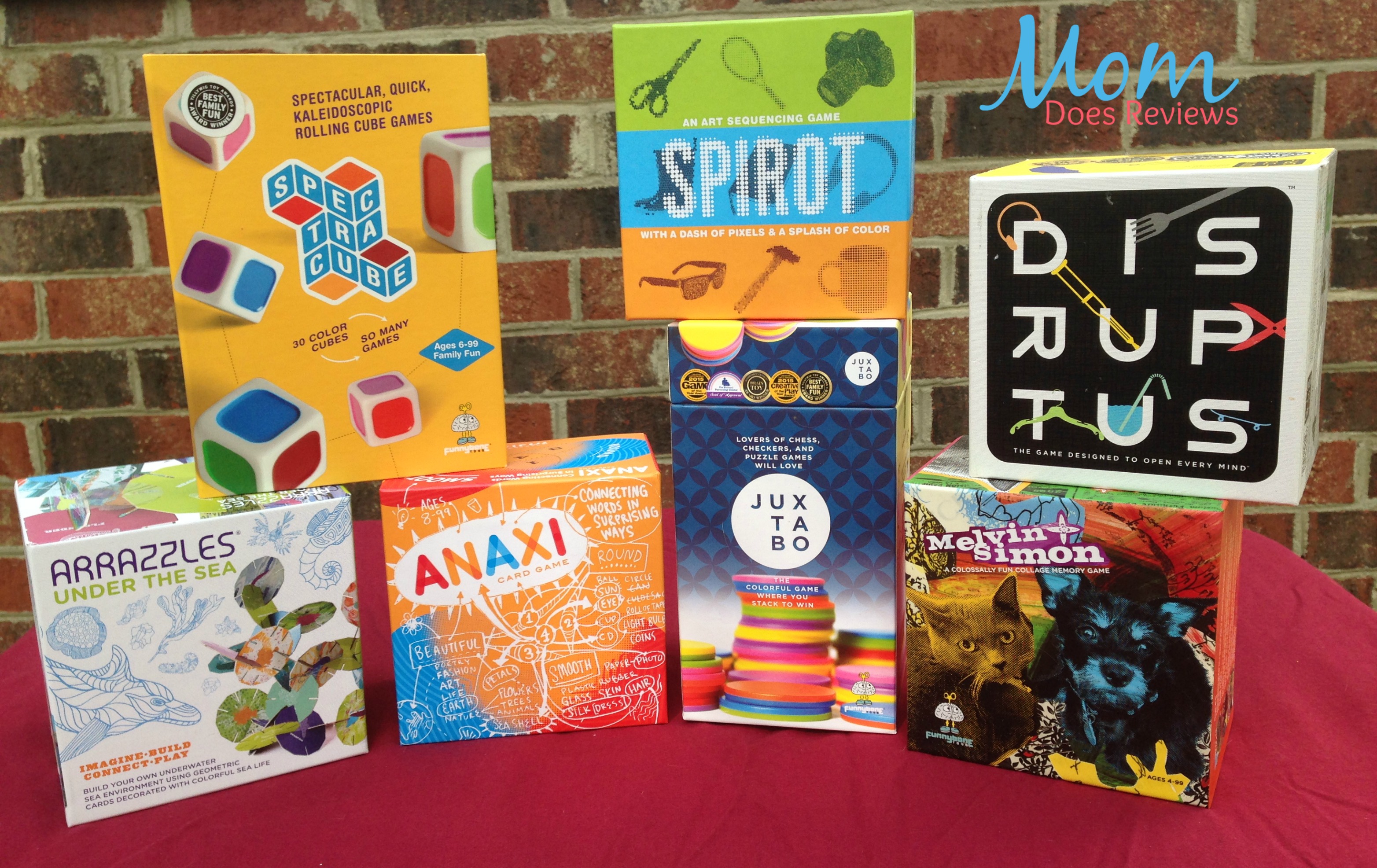 This company loves the element of color, so it is showcased on all their products.  The art in their games is meant to be seen and appreciated, instead of just hidden in the background.  Since its creation in 2011, FunnyBone Toys has strived to create products that combine form, function, and beautiful design. Funnybone Toys are not just visual works of art, they are also fun and thought-provoking. 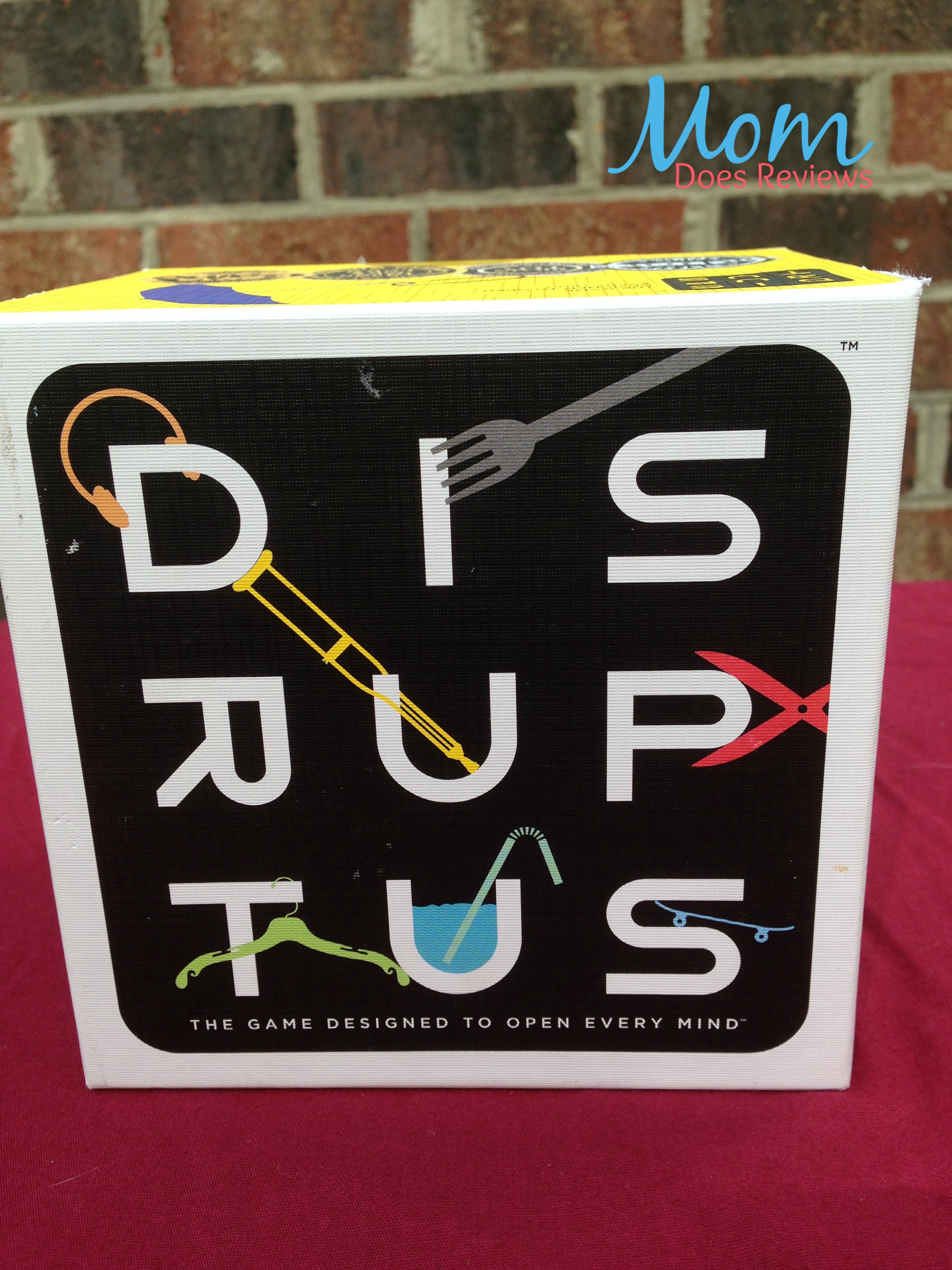 Disruptus was a really cool game.  You roll the dice to see which type of game play to follow.  Then the players have to look at objects and ideas in the pictures, and use different approaches to innovate.  You might have to combine two items to make a new item, or to find a new use for an everyday item.  This game comes from the real world practice of “disruptive thinking.”  This practice helps to innovate in the world and is responsible for ideas like digital music and camera phones.  How it works is by taking an object and coming up with a very different way to acheive the same goal.

The game might show you a toilet, then you will have to disrupt it by finding a new way to achieve the end goal.  After you stop laughing the judge picks the best idea out of the group.  I thought the game was a terrific way to get my children really thinking about things.  They had some really crazy ideas, and some really good ones too.  This game won the Good Housekeeping Award in 2013. 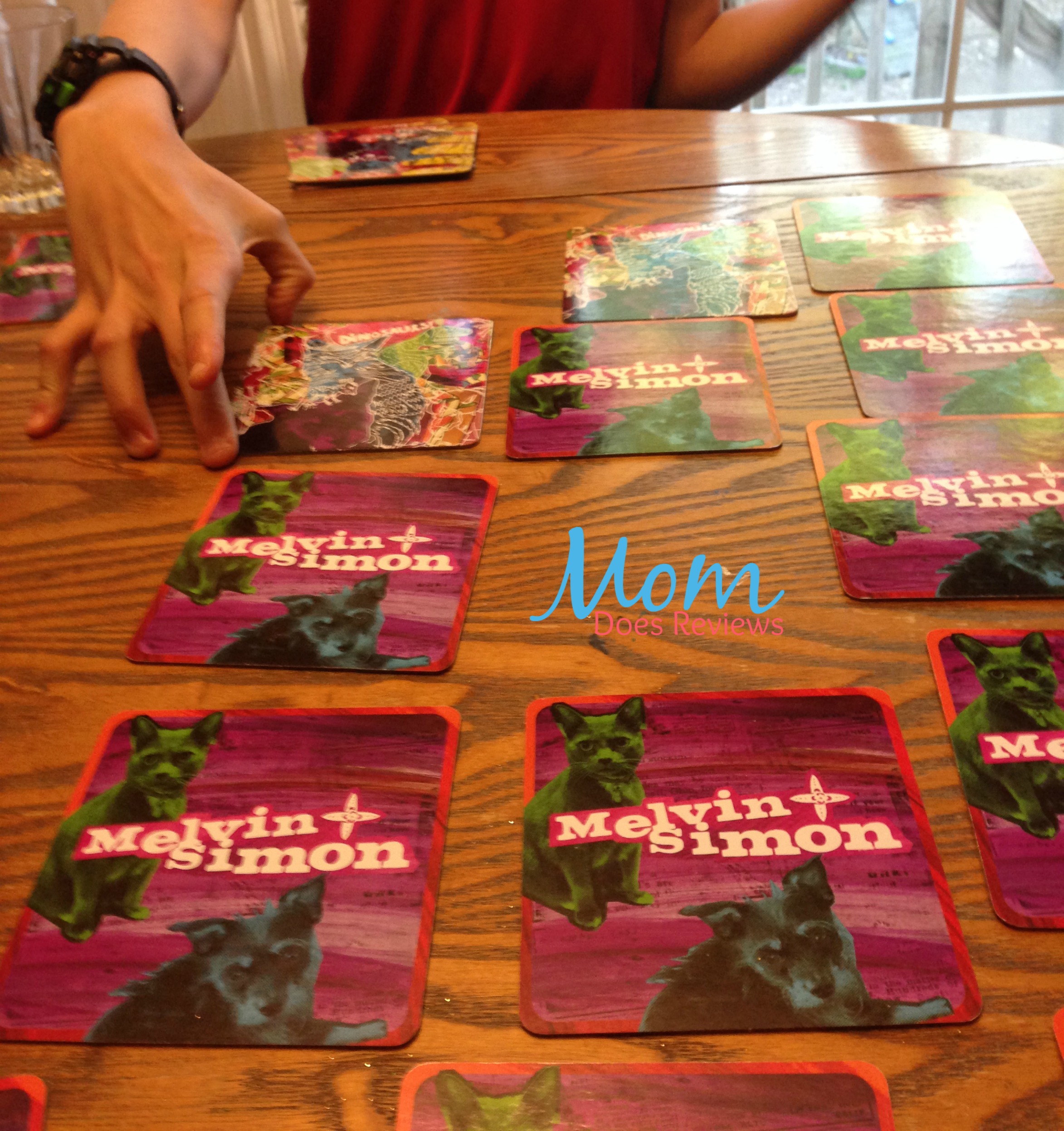 For the family with younger children who might not be up to innovating just yet, Try the Melvin + Simon Collage Memory Game.  This is classic memory with 24 beautifully created collage scenes with Melvin the cat and Simon the dog.  You will see scenes of them cooking, being pirates, gardening, and more.  This game was on large cardboard squares.  The pictures were so cool to look at, and the colors were vivid and fun.  My whole family was gathered around playing memory.  It was surprisingly fun for all ages.  I liked the pictures and we already started nicknaming the cards. 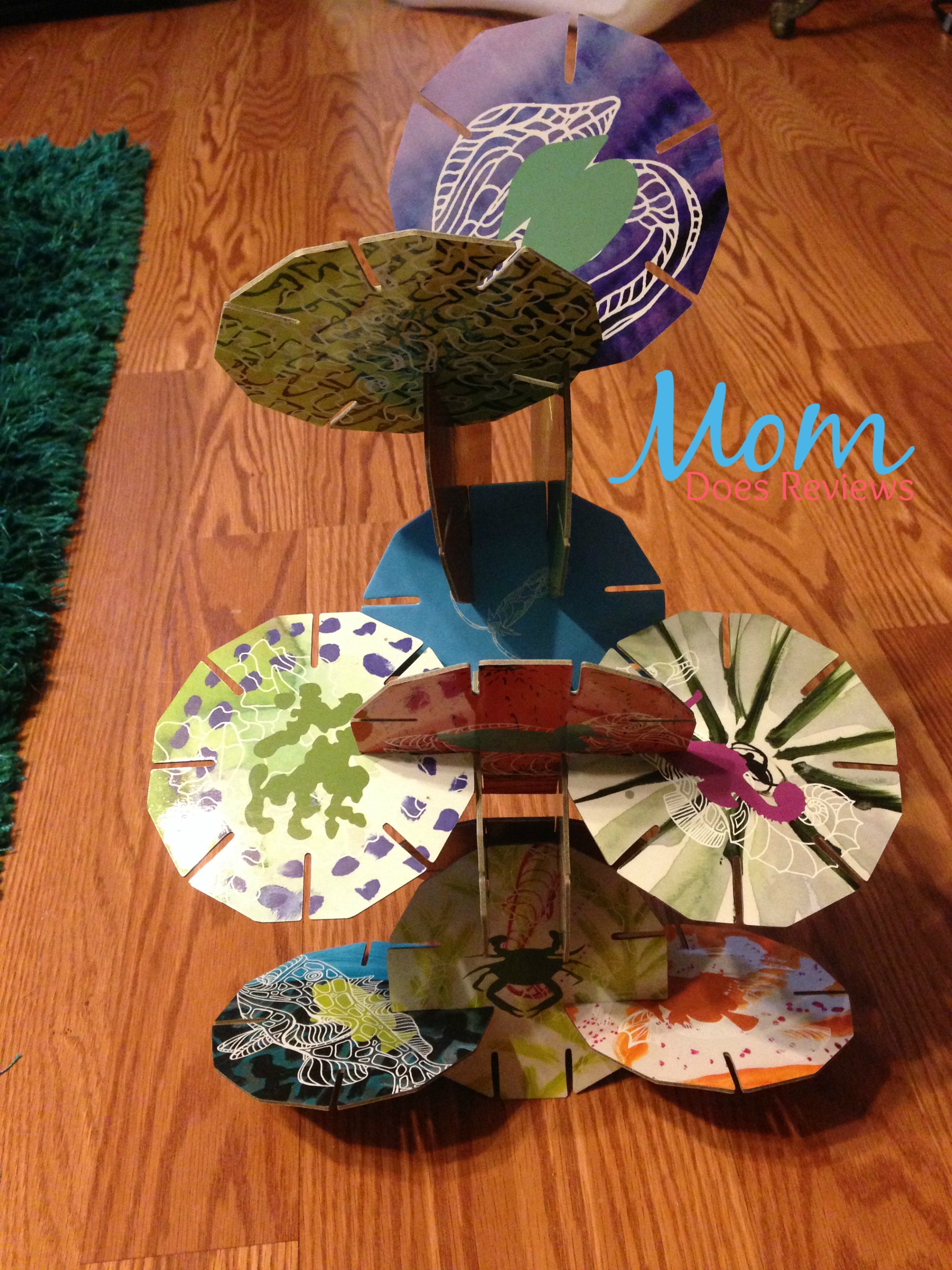 Arrazzles Under the Sea was very neat.  It is a building toy modeled after Arazzles, which won multiple awards and was launched in 2013.  This building set has 45 cards with 5 different slot patterns.  This allows you to create great 3D arrangements.  The cards are so pretty too, they have pictures of beautiful sea creatures, and even some scuba divers.  You can create an ocean reef, or whatever you feel like creating.  I loved the sea theme because that is what the kids are studying in science this year, so the cool marine creatures were familiar to them, and helped to solidify their knowledge.  You can see the great artistic scenes on the cards above. 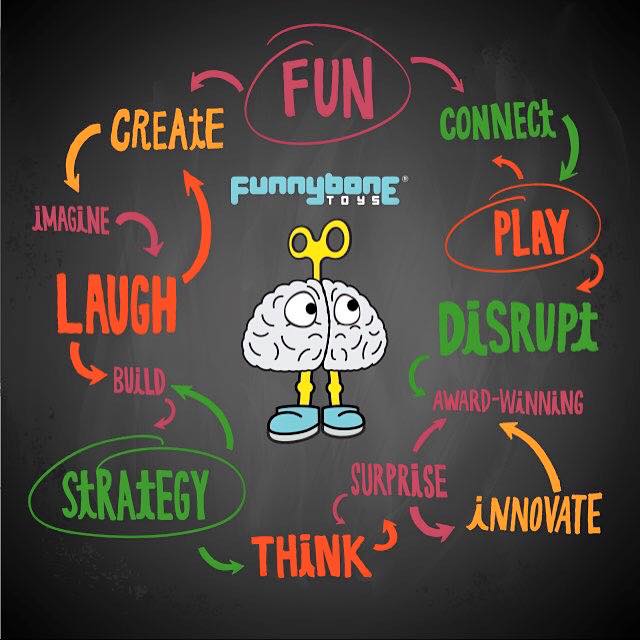 Funnybone toys have really great games that allow you to think, while you have fun.  I like all their games, but Disruptus was my favorite.  The kids liked Arazzles Under the Sea, and Melvin + Simon the best.  My husband liked Anaxi, which is a game where you have to find relationships between randomly chosen words. There is certainly a game for everyone with Funnybone Toys.

Which game will you get for your family game night?