Batkid Begins is a documentary showing the extraordinary measures that Make-A-Wish Foundation went to in order to make Batkid’s dream a reality.  Batkid (real name, Miles) is a five year old leukemia patient who needed to pull all the strength of a super hero in order to beat his cancer.  Afterwards, his family and Make-A-Wish Foundation began this amazing adventure; turning an entire city into Gotham for his dream to become a reality.

Watch the trailer below, you will cry like a baby… guaranteed.  This was supposed to be five minutes out of my day to tell you about a new DVD release and… yeah (sniffle)… this is the sweetest thing I’ve ever seen anyone do for a child.  (Sniffle… where’s my tissues?)

Experience the story of one small super hero who had the courage to inspire millions when “Batkid Begins” arrives onto DVD and Digital HD on October 6 from Warner Bros. Home Entertainment. The documentary “Batkid Begins” chronicles the one day, in one city, when the world came together to grant one 5-year-old cancer patient his wish. The film will be available early on Digital HD starting on September 25.

On September 25, “Batkid Begins” will be available for streaming and download to watch anywhere in high definition and standard definition on their favorite devices from select digital retailers including Amazon, CinemaNow, Flixster, iTunes, PlayStation, Vudu, Xbox and others. “Batkid Begins” will also be available digitally on Video On Demand services from cable and satellite providers, and on select gaming consoles.

“Batkid Begins” will be available on DVD for $28.98. The DVD features the theatrical version of the film in standard definition. Fans can also own “Batkid Begins” via purchase from digital retailers. 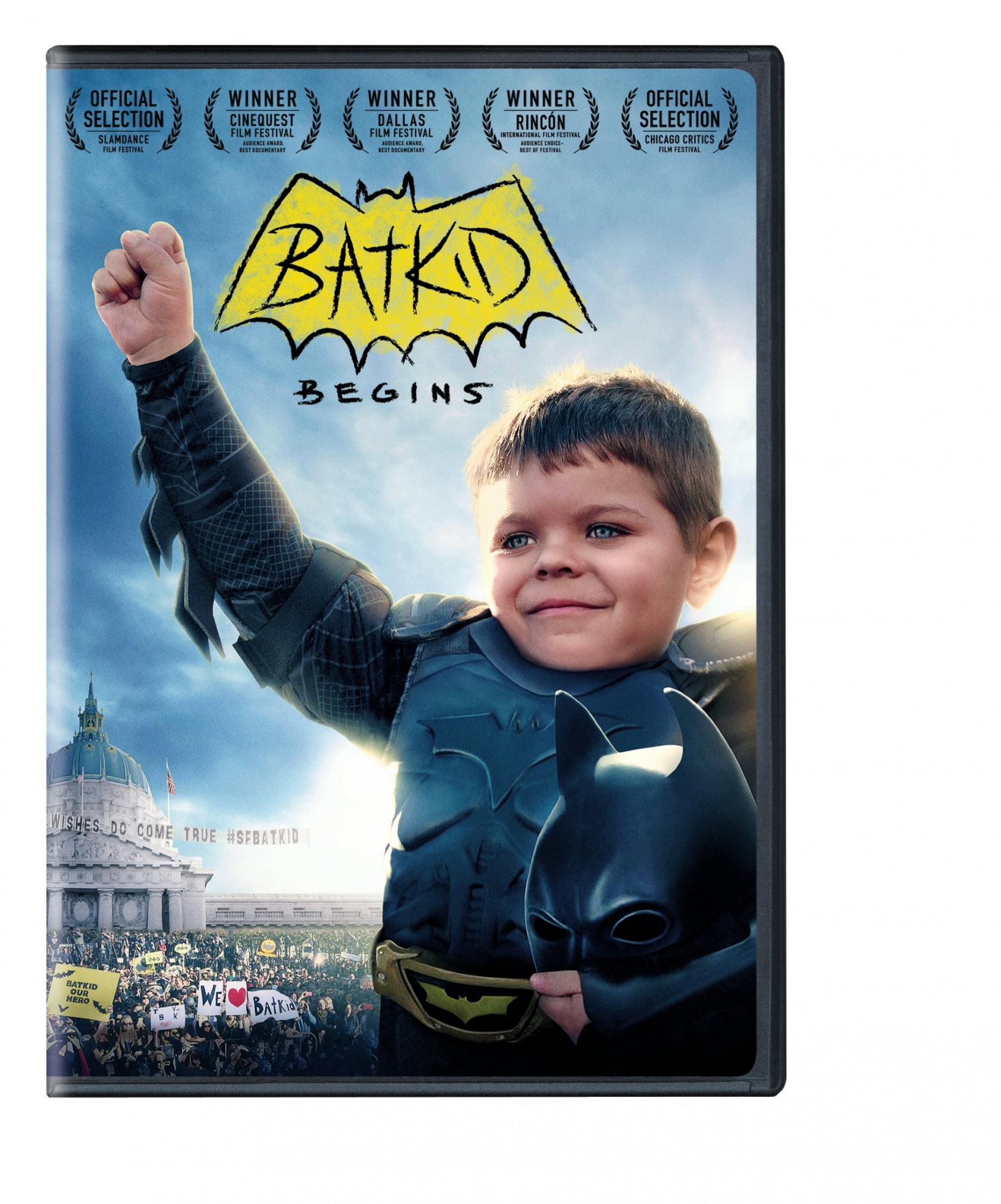 “Batkid Begins” looks at the “why” of this flash phenomenon. Why did the intense outpouring of spontaneous support for a child reverberate among the world and become one of the biggest good news stories ever? The film explores what happens when an event goes viral, and reveals surprising truths about what happens when a nerve is touched in our digital society. Will the Greater Bay Area Make-A-Wish Foundation fulfill its mission to help Miles reclaim his childhood after battling disease for more than half his short life?

In the end, the film leaves audiences to decide: did Miles need the world for inspiration? Or did the world need Miles?