One of the most appealing things about Marvel’s Ant-Man film is that there are two amazing contemporary actors in it portraying a superhero. I can honestly say that I never thought Michael Douglas or Paul Rudd would be playing superheros in a Marvel film.  It is so crazy, that I think many Marvel fans are underestimating the power behind these two – especially Michael Douglas!

As you know, we had the opportunity to preview Ant-Man before our interviews. Michael Douglas was as amazing as he always is.  The script placed a lot of the storyline, and back story, on his shoulders and he carried it well.   When we asked him what his favorite scene to shoot was, he gladly told us his least favorites were “those were the heavy exposition.”

Ant-Man is Michael Douglas’ first film with modern special effects and he was as fascinated. Just telling us how new it was to him was a great story.

I was fascinated and would spend my time between shots, if I had a break [watching the other units]. There were like four units shooting…

We were the first unit. Then you had the second unit, which was your stunt unit. Your third unit was your special effects, your green screen. And then your fourth unit was that macro unit, [who] was shooting these ant perspective ant shots from all over. It was fascinating for me to see  [since] I was just dealing with the first unit.

In the first unit, we were doing stunts, but to see how they put four units together using the story boards, was inspirational. I mean, how often too do you get to do a movie where you get to see yourself 30 years younger. It was wild. I remember that day when they put these little dots all over my head. [Later] when I was doing dubbing for a couple of lines, there’s one scene and they had done half. Half the scene is with the special effects where they made me younger, and the other half I still have the dots on my face. It’s hard to explain. It’s been the wildest experience I’ve ever had.

What did Michael Douglas have to say about his Ant-Man co-stars? 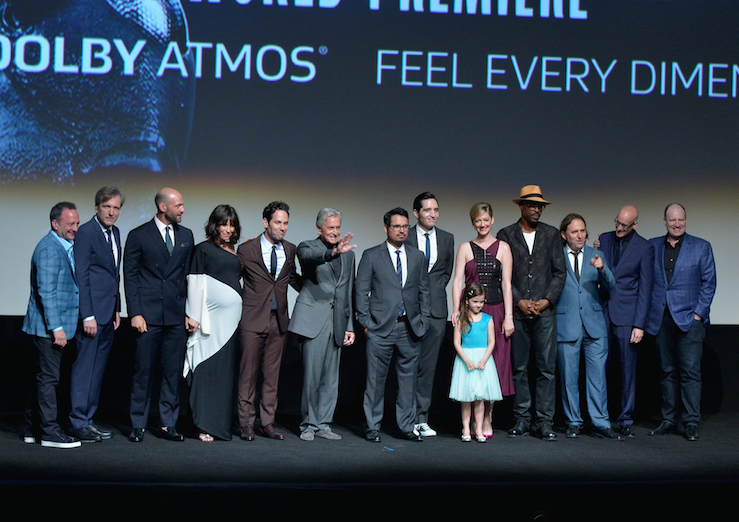 My first question for Michael Douglas was “Who was the greatest joy to work with [on this film]?”I  thought this was an important question because I can’t imagine receiving a greater compliment than a compliment made on one’s behalf coming from Michael Douglas.  He is, as Evangeline Lilly says, “a living legend”, and I hope his compliments carry a lot of weight in the future for his co-stars, film crew, and everyone else involved with the film that he praises.

I produce a lot, too. Even when I’m just getting hired in a movie like this as an actor, I look at the whole picture. I certainly saw Kevin Feige and the great production team that they had.  I saw the job that they had been working on with the screenplay. I was really happy with Peyton Reed as a director. Those are all elements that you want/love going in; a strong producing background, script, and your director.

Then, everybody was solid. I think the biggest surprise was Corey [Corey Stoll]. Corey was a great heavy. He was a great, great villain, and he brought (the scenes I had with him), he brought much more strength and dynamo than I ever had anticipated.

Paul [Paul Rudd], I knew from the beginning, and he’s just as easy and wonderful as could be. He’s lovely. And then Evangeline [Evangeline Lilly] I did not know her range, and so you go wow. There’s, there’s no weak spots here. Everybody’s solid.  I felt, I felt really optimistic about this whole project right from the get-go, because I’d not, did not see a weak link anywhere. 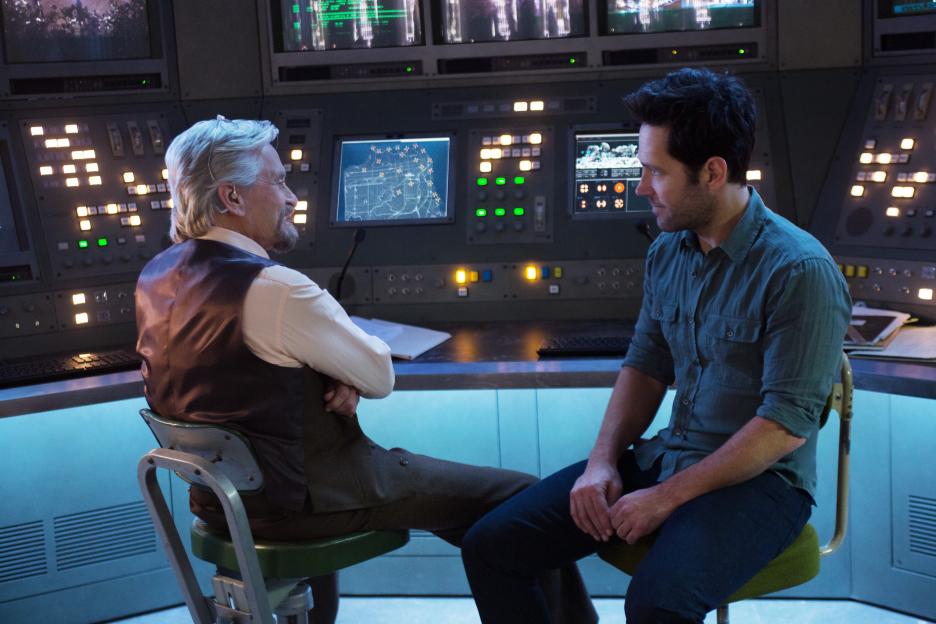 And the question all the mom’s want to know out there…. “How was it working with [Paul Rudd] on set? Was it all laughs?

Yeah, he’s just a sweetest, he’s a lovely guy. He’s very unassuming. Obviously, he did some rewriting on the script and was very helpful. Sometimes I would get frustrated where I’d have one of these five minute long monologues explaining everything, and of course, he would have a one-line punch line.

“Damn, you get a good laugh and all of that. I’m working my ass off. Yeah, you wrote the script, didn’t you?”

But he’s got an elfish grin and quality about him. He was, you know, worked out, maintaining, staying in shape, and then putting in the whole day. My heart went out to him. But he was fabulous. I happened to see his work. Interesting casting, again, on Marvel’s part. Every film is interesting. I mean, Paul now looks to me like Robert [Robert Downey Jr.] did before the first Iron Man (also an excellent actor). I’m sure this is going to be great for Paul. 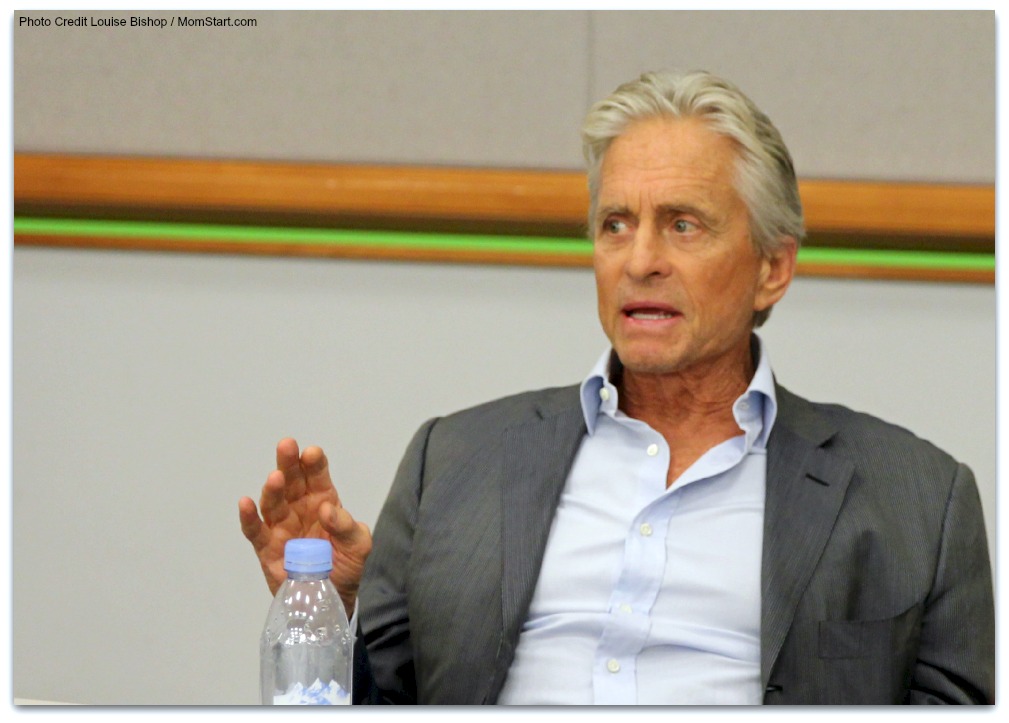 We also had the pleasure of asking the BIG questions. I think the biggest questions for Marvel fans all relate to “the Marvel Cinematic Universe”.

Was Michael Douglas a fan of comics as a child?

Did Michael Douglas KNOW he was entering the Marvel Cinematic Universe?

Now that Michael Douglas is in the Marvel Cinematic Universe,

how does he hope his character evolves in the future?

I think we are all a little surprised to learn that Michael Douglas wasn’t a comics fan, even as a kid.  In one way it is sad to know that he missed out on comics all these years; in another way, it is super cool that Marvel sucked him to their awesomeness anyway.

Historically I’m not a comic book guy. I was not as a, a kid. There was one I kind of followed, but since it’s not in the Marvel world, I don’t think on it necessarily. When they sent me this script, they also sent me a lovely leather bound book with about two years of the Ant Man comics. Before I read the script, I opened that up and familiarized myself with the different characters and a little of the back story.

If you aren’t a fan – if you aren’t familiar and never witnessed how Comic-Con can takeover a city, it is easy to overlook how dedicated Marvel fans are/or not understand the weight of their dedication.  One of the questions we had pertained to realizing that taking this role as Hank Pym in Ant-Man was going to propel him into the Marvel Cinematic Universe.  Did he know that?

I was drinking the Kool Aid….

I’m happy to be part of the Marvel Universe.  I didn’t realize I had to get tattooed. 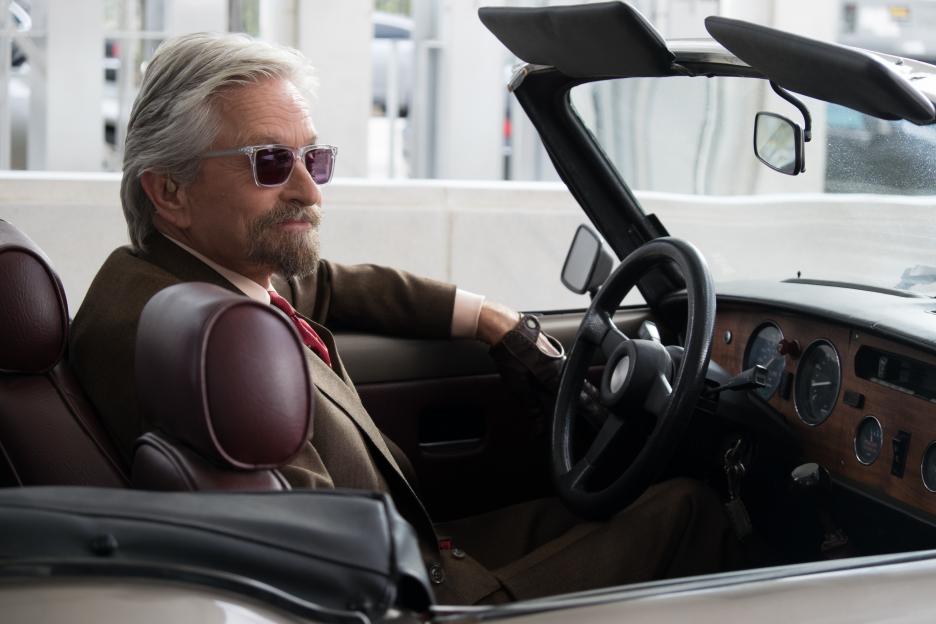 Where does Michael Douglas see his character going? Moving on past Ant-Man will Hank Pym evolve from here?

I don’t know. When I first read the script, I felt that I died on page 70. I read I had an accident and, and I went oh, my God, I had visions of Ant at number 6 when I was 76 years old, you know, and doing all…

They called me to ask me my response on the script, and I said “well, it’s really good and everything, but you know, maybe you want – my death scene – I could have a little bit more made out of it rather than just sort of passing over it.”

There’s this long pause, he says “what do you mean your death scene?”

The classic actor, you know, if I died on page 70, I thumb through the rest of the script, not playing a whole lot of attention.

I’d like to think now that I’m researching all of these Marvel things, and seeing that Hank Pym was really a key part of the Avengers, that maybe he’ll have to come back, certainly the original one in some way. 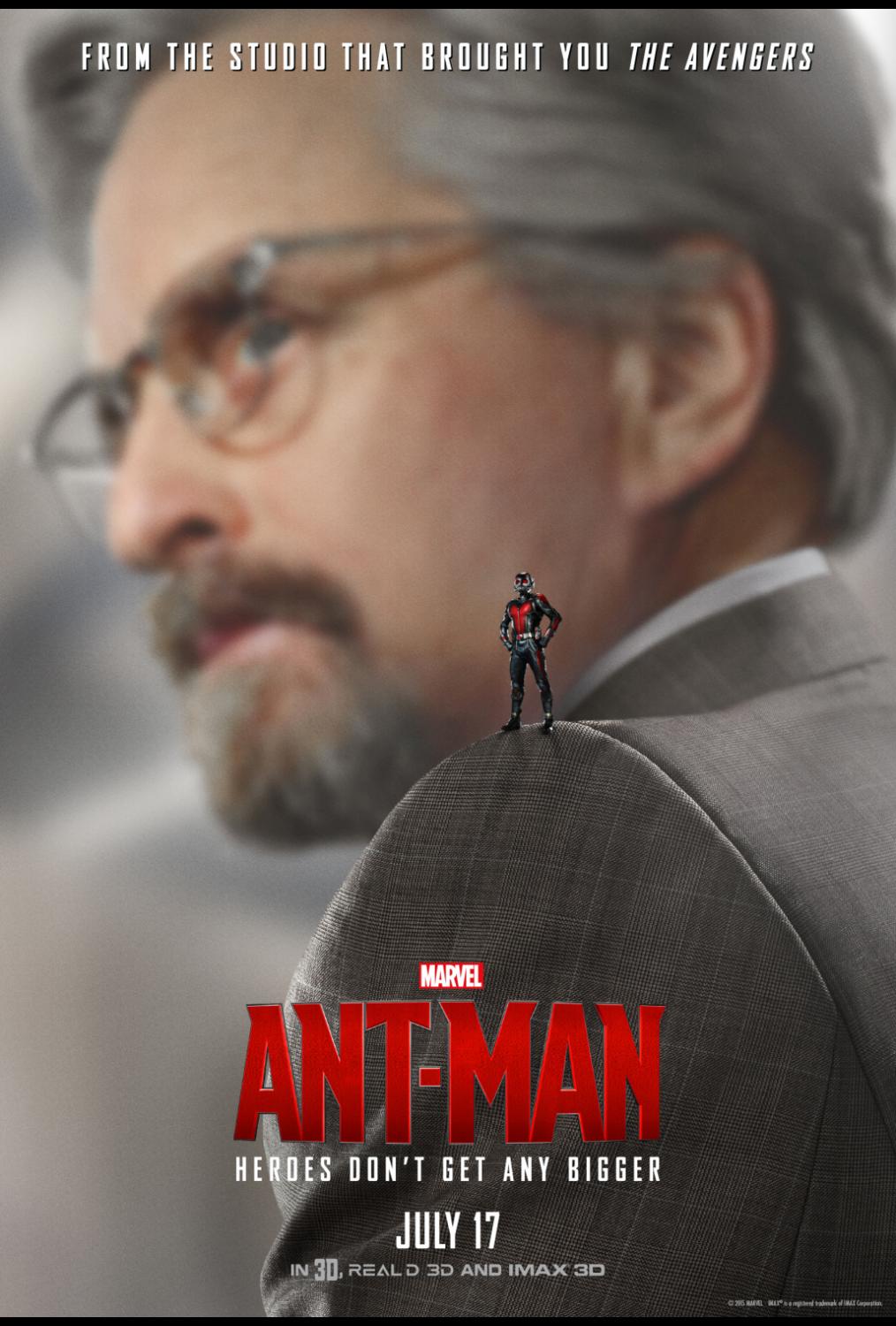 Do we really know who was in that Ant-Man suit?

I am going to close with my favorite answer of the entire interview.  Michael Douglas’ response made everyone laugh. The question was: Going into a superhero movie, were you kind of wishing you were getting  a suit? And his answer is priceless:

“Who’s to say I wasn’t in a few of those takes.

Hard to tell with the helmets down.” ~ Michael Douglas