BE A NEWSMAKER AND A WORLD CHANGER 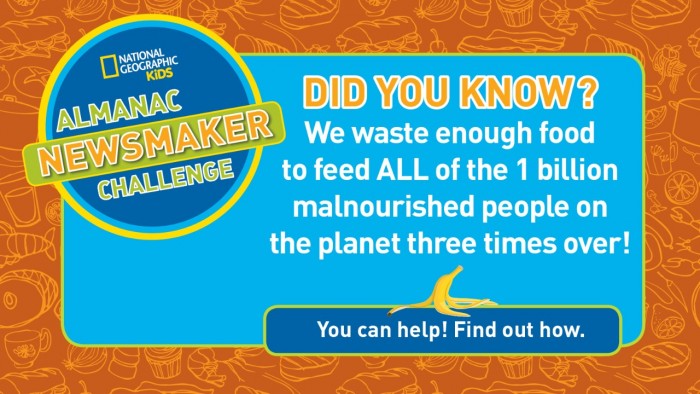 How many times have we heard about the horrible things that will happen if we don’t clean our plates?  I’m sure we as parents have said the same things our parents told us.  But it IS true= all that food we waste could feed the hungry people!  Find out how YOU can help FIGHT FOOD WASTE!

On May 12th, National Geographic launched its first annual Almanac Newsmakers Challenge in conjunction with the release of their 2016 edition of the New York Times bestselling National Geographic Kids Almanac.  The first challenge is inspired by National Geographic Emerging Explorer and food waste warrior Tristram Stuart, author of Waste: Uncovering the Global Food Scandal (W.W. Norton & Co., 2009).  Step Up to the Plate to Fight Food Waste asks kids to take the pledge to “waste less food” and draws attention to the vast amount of food wasted worldwide.

Stuart estimates that each year, the United States alone wastes about 40 million tons of food – enough to feed the 1 billion malnourished people on the planet. The Newsmaker Challenge website provides kids with food waste facts and tips to motivate them to make a difference at the grass-roots, consumer level. Step Up to the Plate ideas include paying attention to how much food gets thrown away at your next meal and then planning carefully to avoid wasting any food for a day or even a whole week, having a potluck party where everyone brings something creative and delicious made out of leftovers, or asking your school cafeteria to step up to host a “Waste Less Food” week.

DID YOU KNOW that 25-32% of food from school lunches ends up in the trash bin?

DID YOU KNOW that Wasted food also wastes FRESH WATER? If that water was not used for crop irrigation, it could serve the domestic need of 9 BILLION PEOPLE!

Kids will be able to read about how their actions made a difference in next year’s 2017 Almanac, from the ages of the participants who stepped up, to the number of family members who multiplied their efforts, to the amount of food saved as a result. They can also look for a new Newsmaker Challenge every year to encourage them to continue being a positive force in the world around them. 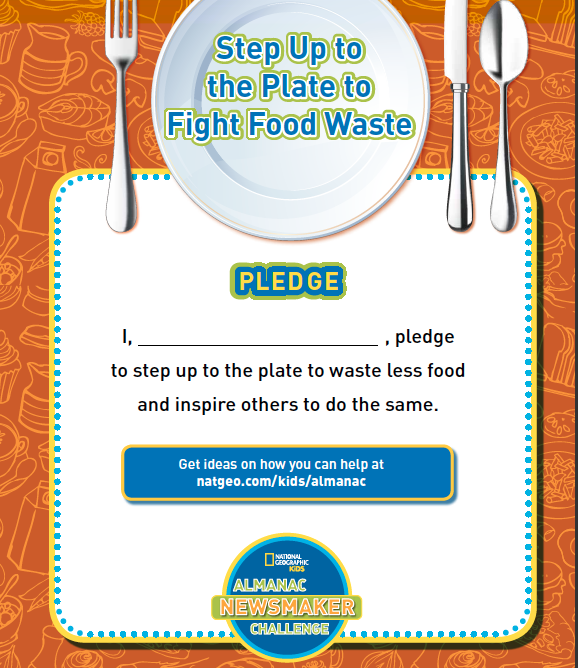 Join the 2016 Almanac Newsmaker Challenge: STEP UP TO THE PLATE TO FIGHT FOOD WASTE and do something good for your family and the planet. Take the pledge, then download your certificate.

Read tips about how you can help Fight Food Waste HERE. 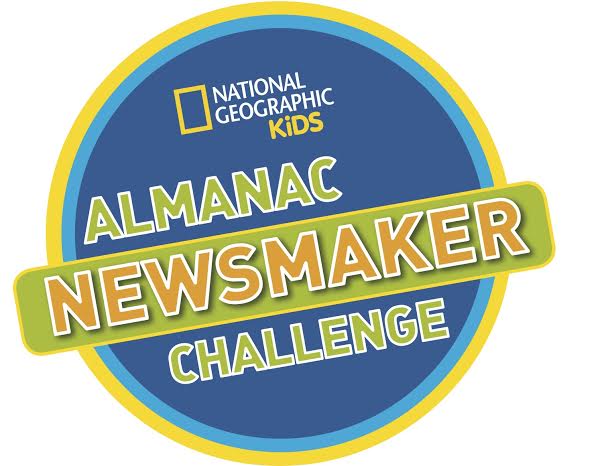 Stuart became interested in the subject of food waste when he was a student and living on a small farm in England. He observed what was going on in his neighborhood and came up with some great ideas on how he could feed his farm animals and waste less food. The more he learned, the more he wanted to do more to feed not just his animals, but people around the world.  He is an author of the award-winning book, Waste: Uncovering the Global Food Scandal, the founder of a global charity (www.feedbackglobal.org), and winner of the international environmental award, The Sophie Prize 2011, for his fight against food waste.