I am the worst about spending my entire dinner party in the kitchen. It isn’t that I don’t want to be out and about with everyone, it is just that I always select complicated menus that require too much of me.  After my last Christmas gathering I realized, I need to get out of the kitchen more.  For starters, appetizers and hors d’oeuvres need to be simplified. New York Style showed me that I don’t need to spend hours cooking elaborate creations. They have several beautiful appetizer recipes available on their website that take minutes to make.  Even better, there are several recipes that share ingredients too.  This makes preparing several complimenting appetizers super easy and budget friendly. 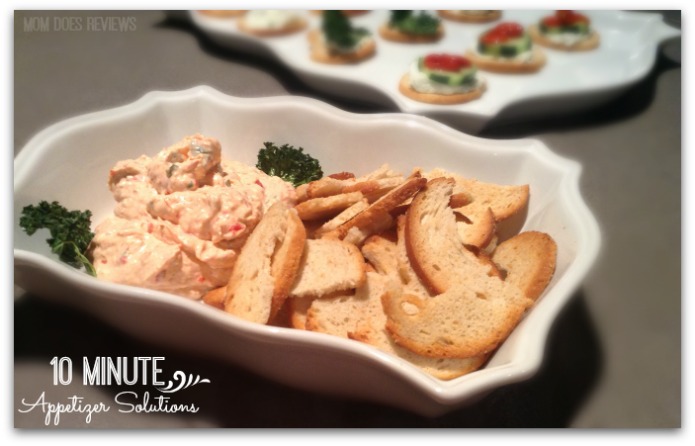 I tried four recipes from New York Style to make my ten minute appetizers:  Creamed Cheese with Tomato and Basil, Herbed Cream Cheese, Veggie, and Roasted Red Pepper Dip.  I chose these four because they share several of the same ingredients AND they even pair well with whatever creation you come up with on your own.  (Like my New York Style Roasted Garlic Bagel Crisps topped with Herbed Cream Cheese and homemade Kale Chips – Oh my goodness, they were amazing!) 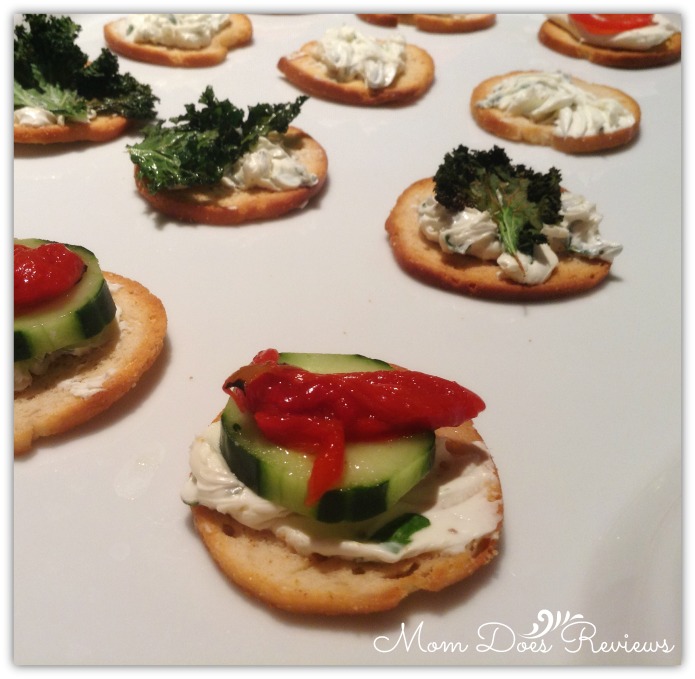 The four (plus one) appetizers were made AND served in less than twenty minutes.  Take a look at my step by step how to for the most efficient way to get all five appetizers done at the same time in twenty easy steps: 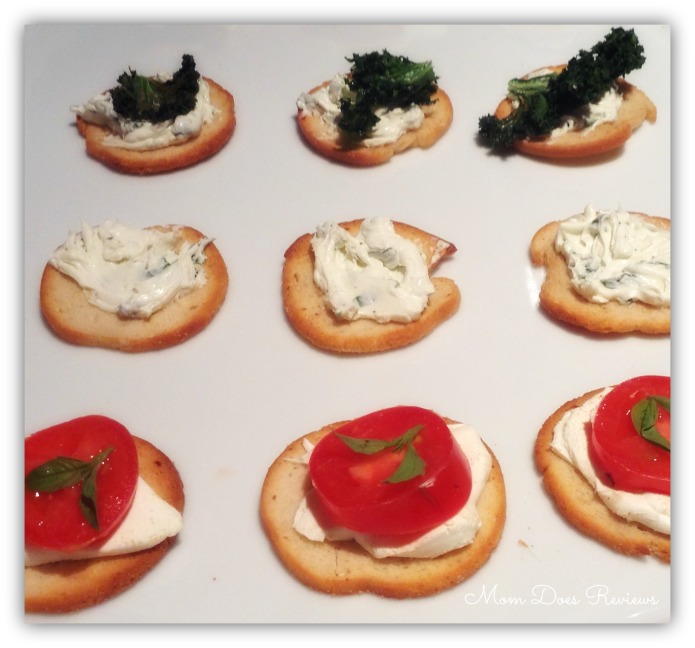 All five appetizers were a HUGE hit wit my family.  (Actually, the platters were clean in a matter of minutes once everyone in the house heard they were allowed to eat them.)  I used one bag of Roasted Garlic, New York Style Bagel Crisps to make all five appetizers and fed five people.  I recommend one bag of New York Style Bagel Crisps for every five people you will be entertaining. You can find them in several locations at local supermarkets.  I found mine right next to the deli counter. 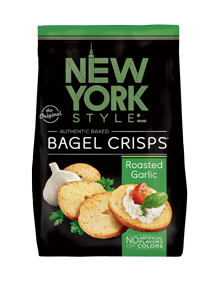 New York Style has so many fantastic recipes available that I had the worst time trying to choose between them all. If cream cheese and veggies aren’t to your liking, they also have meat recipes and vegan choices.  I made my selections based primarily on budget.  I wanted the maximum amount of appetizer choices for the lowest cost. I did this by choosing recipes that shared ingredients and could be made using the same flavor of New York Style Bagel Crisps.

Creamed Cheese with Tomato and Basil

The one recipe you won’t find at New York Style is my Kale Bites, but don’t worry. They are easy to do on your own.  Follow the twenty steps above to prepare all five appetizers.  When it is time to build your appetizers, place a spoonful of Herbed Cream Cheese on your Bagel Crisp and top with one homemade kale chip.