What an amazing story of how it doesn’t matter who you are or were you are from, YOU can achieve greatness! We all have had a time in our life where we were the underdog, and if we would of had someone like Coach Jim White to believe in us, we would have been able to accomplish anything. I am exited to take my kids to a movie that teaches them such valuable life lessons. This movie being based on a true story just adds to experience. I can’t wait until February!

Based on the 1987 true story, “McFarland, USA” follows novice runners from McFarland, an economically challenged town in California’s farm-rich Central Valley, as they give their all to build a cross-country team under the direction of Coach Jim White (Kevin Costner), a newcomer to their predominantly Latino high school. Coach White and the McFarland students have a lot to learn about each other but when White starts to realize the boys’ exceptional running ability, things begin to change. Soon something beyond their physical gifts becomes apparent—the power of family relationships, their unwavering commitment to one another and their incredible work ethic. With grit and determination, the unlikely band of runners eventually overcomes the odds to forge not only a championship cross-country team but an enduring legacy as well. Along the way, Coach White realizes that his family finally found a place to call home and both he and his team achieve their own kind of American dream. 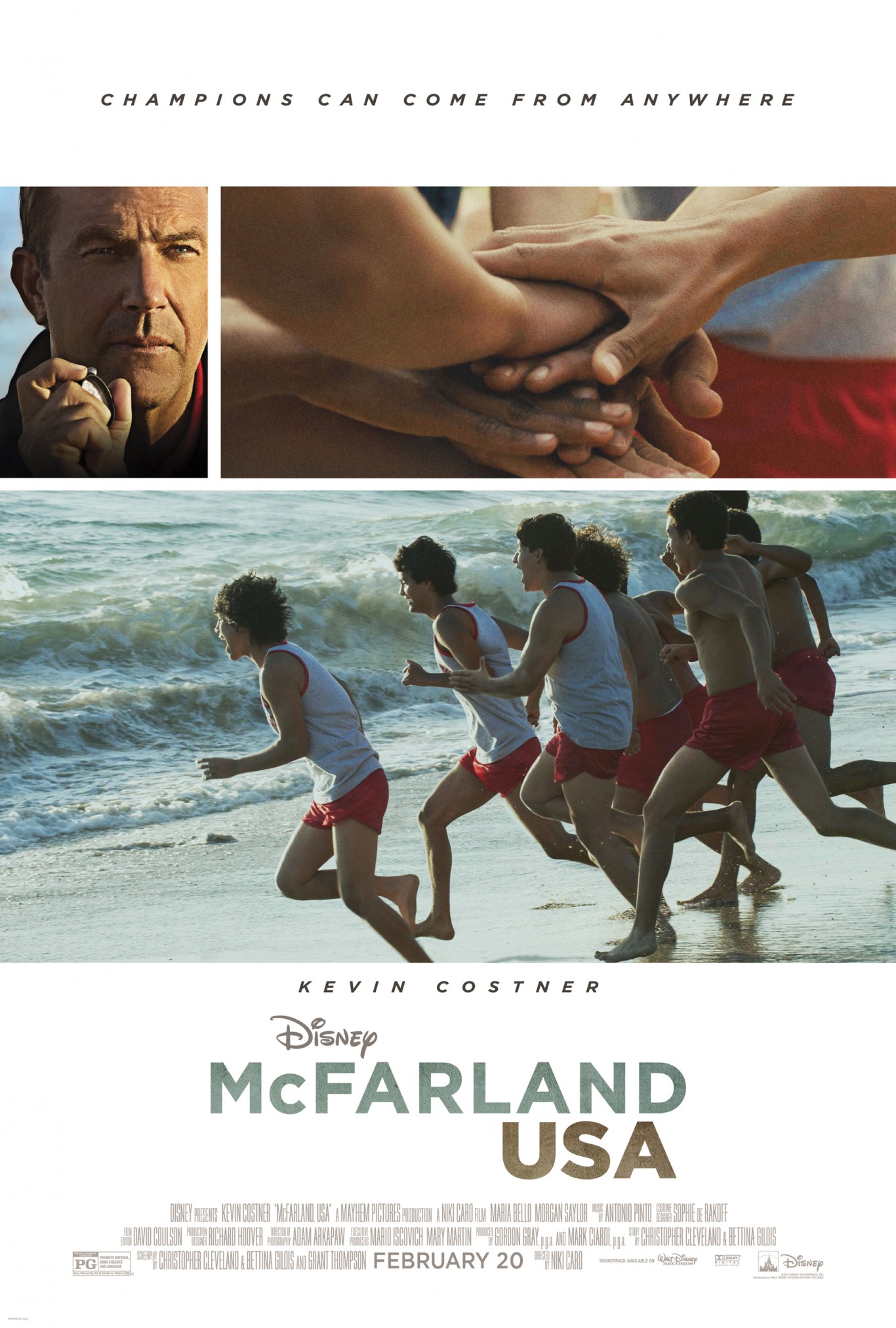