I am so excited to be working with Choice Hotels on this fun campaign- Vacay Gone Cray Cray!   Wait until you see all the fun I have and maybe some relaxation too in the very near future!

Have you ever taken a vacation that went totally opposite of how it was supposed to?  I have, and more than once!  My favorite Vaca Gone Cray Cray story happened many years ago when I was just 6, but I still remember it like it was yesterday!   My family and I were headed to a Billy Graham Crusade in Washington State.  After we finally arrived to the parking lot, actually it was a VERY remote parking lot, we had to board shuttle buses to get to the stadium.  I always love to sit by the window so of course, I shoved my brothers and sisters out of the way.  There are 6 of us and my parents so we did take up a few rows of seats.  My mom realized after we had all sat down that she left her sunglasses in the car.  She ran out to get them and I wanted to stick my head out the window to tell her to hurry!  I stuck my head out and yelled and waved.  When she got back to the bus,  I tried to pull my head back in but I realized that I was STUCK! I started to panic and cry and everyone was whispering behind me. 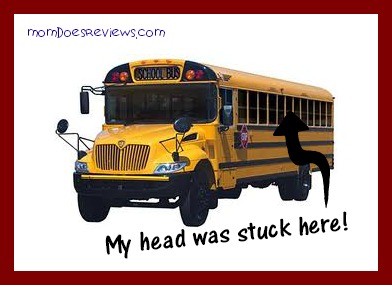 To make matters worse, my dad starting laughing,I mean really laughing.  I just got more upset and cried louder.  How could he think it was funny?  I was stuck!  I kept trying to pull my head in and it wouldn’t go.  My dad finally realized that I wasn’t calming down.  He reach over my sister and just helped me turn my head sideways and tada- I was FREE!  I didn’t know whether to laugh or cry, but being 6, I just kept crying.  It was funny about 20 minutes later.  Of course, no one has ever let me live it down.  Lesson learned: don’t stick your head into or out of small spaces!

In celebration of its 75th anniversary, Choice Hotels International (NYSE: CHH), one of the world’s largest hotel companies, announced today the launch of #VacayGoneCrayCray, a summer contest that will award one lucky participant the $10,000 grand prize for a vacation do-over on a past trip gone drastically awry.

Where would you stay if you won the Vacation Do-over grand prize?  I want to stay in Clearwater Beach Florida in January when we have 3 feet of snow on the ground! 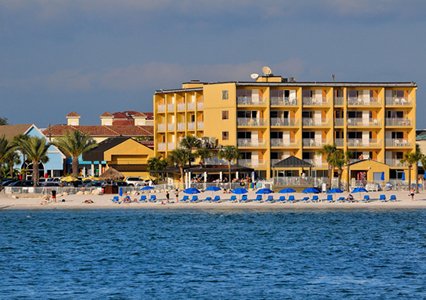 “Every traveler has a story about a vacation or business trip that didn’t necessarily go according to plan,” said Robert McDowell, senior vice president, marketing and distribution of Choice Hotels. “This summer and in honor of our 75th anniversary, we wanted to connect with our travelers in a fun and unexpected way. Through the #VacayGoneCrayCray contest, Choice Hotels can help turn those crazy misadventures back into positive memories.”

YouTube sensations Rhett & Link have signed on to generate buzz surrounding the contest, and will select the best of the worst trip experiences to reenact on their Good Mythical Morning Show every Thursday for their millions of viewers. If you want to bee eligible for the grand prize, please submit your most extreme vacation misadventures  on www.vacaygonecraycray.com or through the embedded video link on Rhett & Link’s YouTube channel. The first vacation misadventure will be reenacted by Rhett & Link on Thursday, July 17, 2014.  The contest entry deadline is August 27, 2014 at 11:59 PM, EST, and the potential winner will be announced September 4, 2014.
Watch Rhett and Link as they explain how to enter 🙂

For Official Rules, including prize descriptions, and how to enter, visit www.vacaygonecraycray.com

So, what are you waiting for?  Go to Vacaygonecraycray.com and submit your horrific vacation story and photo.  Then, while you are there, check out the other stories and rate them!  Which one did you find was the funniest, grossest or most disturbing?

Choice Hotels International offers the Choice Privileges® rewards program. With more than 20 million members worldwide, is one of the fastest growing hotel loyalty programs in the travel industry.

Additional corporate information can be found on the Choice Hotels International, Inc. web site, which may be accessed atwww.choicehotels.com.