I know that everyone makes sure that their toddlers and children are in their car seats and securely fastened when they ride in a vehicle. I believe there is much more we should be doing as parents to ensure our children are safe in the vehicle. It is never too early to begin to teach our children about driving safely and giving them understanding from the time they are very small. 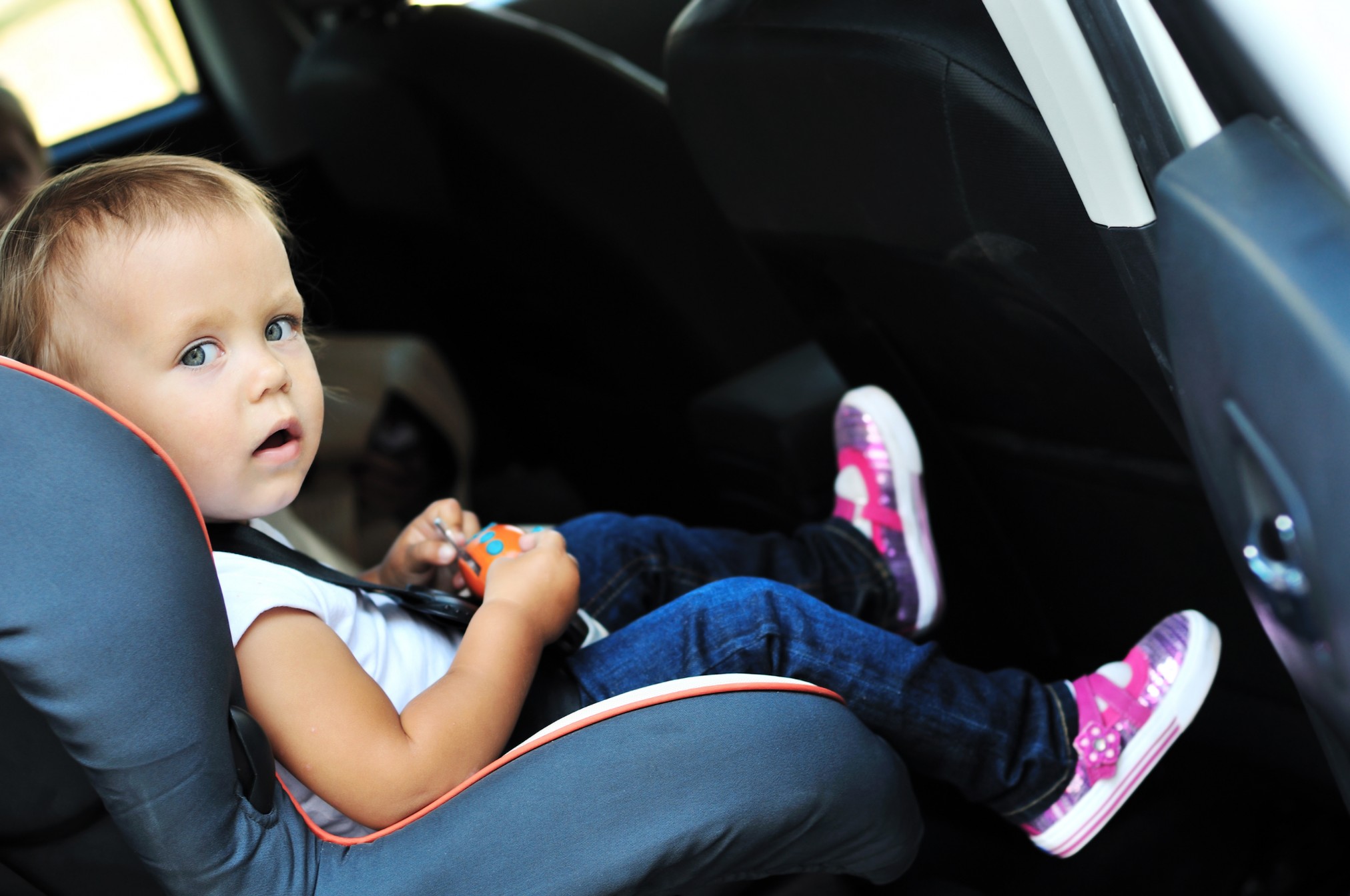 When my children were young I was faithful to secure them in their car seats and make sure that they rode in the back until they got to the proper height and weight. They each could not wait until they could ride in the front seat as they got older. Even when they were older and met the criteria for the front seat I had my doubts about letting them sit there. I remember when my son first rode in the front seat. I had been hearing so many stories about air bags and how people got burnt by them, how young children or small adults got suffocated, and even had broken arms, etc.

The day I let him ride in the front seat (he was a teen) we sat there for at least twenty minutes going over what he would do if the air bag would deploy. I am a little crazy like that but still I believe in better safe than sorry! Anyway, I was mainly worried about the suffocation aspect since there is not a whole lot of time to think about it when the air bags deploy. I told him that if the bag deployed he was to reach his hand to the side of the seat and pull the lever to lay his seat back as quickly as he could. He thought I had lost my mind but we practiced it several times in the driveway before taking off. I know what you’re thinking but it helped my mind and he still loves me.

Anyway, ever since my kids were little as we drove anywhere I was teaching them about red, yellow, and green lights and what they meant. I taught them about making complete stops and (in our state) how you can make a right turn on a red light after stopping. I told them about tailing someone too close and how hard it is to stop a car. And you may think I am crazy but I would go about ten or fifteen miles per hour on our street (we lived in a quiet kind of neighborhood) and then put the brakes on quickly to show them how they would be propelled forwards in an accident. I wanted to show them how much it jerked you around and then I explained to them how much worse it would be if we were going fast on the freeway.

My kids have gotten the crazy bug from me so they were not too surprised by my driving antics but I believe that imbedding it into their minds could save their lives one day. I remember driver’s education in school and the few weeks you sit in there with your peers and listen to the instructor. It is kind of lame to think that this short amount of time is enough to ensure that they know all there is to know about driving. Even if we as parents drive around with them for six months while they have their permits screaming “Stop!” and “What are you thinking?!” this is not enough. The kids are always with me in the car and I have all this time to teach them before I let them drive a three or four thousand pound gas filled bomb. Why not teach them young? The fact that we happen to live in one of the largest cities in Texas is another factor that spurs me on my mission to instruct my children about driving safety.

We also discuss how loud the music is, being on the cell phone, texting, and confusion in the vehicle. When the kids were little we were making a trip to the grocery store because I had run out of diapers. My daughter was several years older than my son at the time. As we were headed to the store my son decided it was time to stink up the place and boy did he. We could not stop to change him because we had no diapers and he had decided (besides being full of poop) that he was not happy in his car seat. He was wailing at the top of his lungs. I guess I was just a tad nervous because I was going five miles over the speed limit, which was forty and on this particular street the speed limit was thirty-five. Well wouldn’t you know I got pulled over but I think the nice policeman got the worst end of this deal. My son was still wailing, the stench was extreme, my daughter got upset about getting pulled over and was giving him the big cow eyes and I was a little frantic and began talking at the speed of light. I explained to him about the lack of diapers and being on my way to the grocery so that I could help that stinky, unhappy boy in the back seat. As I watched him back away from the vehicle slowly it was not long before he told me to get to the grocery, slow down and basically to be careful and don’t run out of diapers again! I think he was as upset as we were before he took off. As I look back it was funny but not at the moment. I say all this to tell you that my children and I have had many discussions about being loud in the car and how it affects your ability to be safe.

I also told my children a story from a time in my youth that I had the radio up pretty loud and I was waiting at a light where a railroad track went over. I had learned many years ago not to sit on railroad tracks from an incident with my brother but we won’t go into that right now. Anyway, I was beyond the rail road tracks and was waiting at the light. I made a practice not to sit on anyone’s tail so I was a few feet back from the car in front of me. You never want to get stuck behind someone who stalls in a big city. So, I am rocking out to some seventies music and all of a sudden someone bumps me in the rear, just a light tap and starts pushing me forward! I look in the rear view mirror and there is a man with eyes the size of a deer in the headlights frantically waving me forward. A train was coming and he was sitting on the tracks and I guess I did not hear him honking. That was somewhat of a terrifying experience, for me and him. I’m sure he thought I was totally inept and I know I sure thought he was a bit of a dolt for sitting on the tracks!

I suppose I should tell you the story of my brother and the railroad tracks because I know you are dying to hear it. This is another great story to tell your kids to make them aware. My younger brother is a deaf man, and when he was younger and hanging out with his friends this one particular day (there are lots of stories) they came upon a railroad track. At this time we lived in a smaller town of about thirty for forty thousand and they were out on a county road. This railroad crossing was on a small side road off of one of the main highways going through town. The railroad crossing arms were down and the lights were going off so he stopped. There was another train parked on the tracks just beyond the road on one of the two tracks. He could not see down the tracks because of this train but after they had sat there for a few minutes (who knows for sure actually how long it was) they thought the arms must be down because of the parked train and they made the decision to go ahead and go under the arms. As they started to come forward (only by God’s great grace) another car appeared on the other side of the tracks and the man started waving frantically for them to stop. They were only inches from the track when a train going pretty much full speed went in front of them. Deaf or no deaf the feeling that pulsed through he and his friends veins and the deep tone of the roar permeated both of their beings. My brother can hear low tones very well. I think their hair was standing on end when he came home to report this incident and my mother nearly collapsed. This was another story I shared with my kids.

You might think my children are traumatized by all these stories but growing up in this family it would take quite a bit to do that. To top it all off I was involved in a serious accident with a semi-truck a few years back because of the rain and the oil all over our freeways and the inability to stop a sliding vehicle in this wet and oily environment. I spent a few weeks in the hospital with several surgeries and now my children are even bigger believers in seat belt use and driving safety. I was wearing my seat belt by the way but instead of me being projected out of the vehicle the engine was projected into the vehicle and crushed one of my legs and broke the other in three places along with my right arm. I believe this tiny design error has been fixed by most car companies today. The engine in this particular vehicle did not drop at front impact much to my chagrin.

Both of my children are at driving age now and I can say with confidence that they are both safe drivers because it has been burned indelibly into their psyches. It is never too early to start teaching your children about driving safety and if you spend as much time in the car with them as I have over the years you have ample time to share all the rules of the road with them. I even have even been reprimanded by my children since they have been driving. They say, “Mom, what did you teach us about talking on the cell phone and driving?” Yes, they may turn this all around on me but that is okay with me; that just meant that it worked!

Stephanie has many years of experience as a nanny. She has always loved children and has continuously been involved in childcare activities. Currently she is one of the writers for houstonnanny.com. If you want to get in touch with her, you can email her at stephanie. Houstonnanny @ gmail. com.