Math Blaster, created by Knowledge Adventure, is a browser-based virtual world full of adventure, aliens, mutts, and math!  There are many places to explore once you launch the math game, most of which function similarly to arcade games. Blasters can build their math skills by visiting the Academy and the Job Board, and there are other fun games in the Space Port, as well. In our newest area, the Monster Mutt Rescue Dome, Blasters can adopt and raise their very own alien pet!

The Review by Mom Does Reviews: 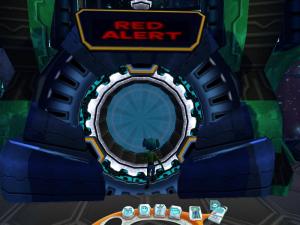 My son loves computer games, virtual worlds and video games.  I was very excited to get a subscription to Math Blaster from Knowledge Adventure.  My son was a big Jump Start fan for years.  Just recently, we cut out all of his online game subscriptions.  When I learned about Math Blaster, I knew he would love it.  His first reaction was that it was for babies.  He grew up on Knowledge Adventure Jump Start programs, )I can remember him doing Jump Start Kindergarten like it was yesterday!)  Now that he is in third grade, he likes to play the “cool” games like the ones on Cartoon Network or Addicting Games.  I convinced him to try Math Blaster and he quickly changed his mind!  Math Blaster is cool, fun, exciting and definitely not for babies.  He was able to create a character, adopt a larvae, (which will grown into a mutt) and play all kinds of games.  In less than 10 minutes, he was hooked!

His favorite game is Red Alert.    Red Alert is an emergency alarm calling all Blasters to help protect the station from rapidly-approaching space debris and enemy forces trying to make their way onto the spaceship. When the emergency alarm goes off, players guide their Blasters to one of the three Red Alert portals to play a fun blasting game. They can utilize their Math Blaster training by blasting meteors and asteroids to keep the space station out of harms way.

HyperBlast Training  was another of his favorite games.  Blasters race through a high-speed tunnel packed with alien robots, razor sharp obstacles and mind-bending math! He had to answer multiplication questions in order to get through the tunnel.  He loved the action and graphics. 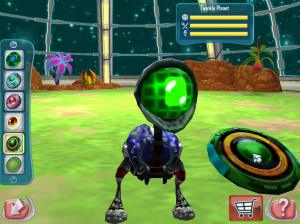 The Math Blaster blog has a lot of extra information for parents and announcements of new additions to the game.  Be sure to check out the the Game Guide to learn more about all the games offered on Math Blaster.

Mom Does Reviews highly recommends Math Blaster for kids ages 5 to 10.  Find out how you can get your child a membership below.

Thanks to Knowledge Adventure for providing one lucky winner a three- month membership to Math Blaster!

This Giveaway is open Worldwide!

Disclosure: I was provided with a membership good for Math Blaster and Knowledge Adventure at no cost by Knowledge Adventure in order to test the products’ abilities and give my own personal opinions on it. The opinions I have given are mine and may differ from others but were not influenced by the company or the free product provided.~Pam at Mom Does Reviews