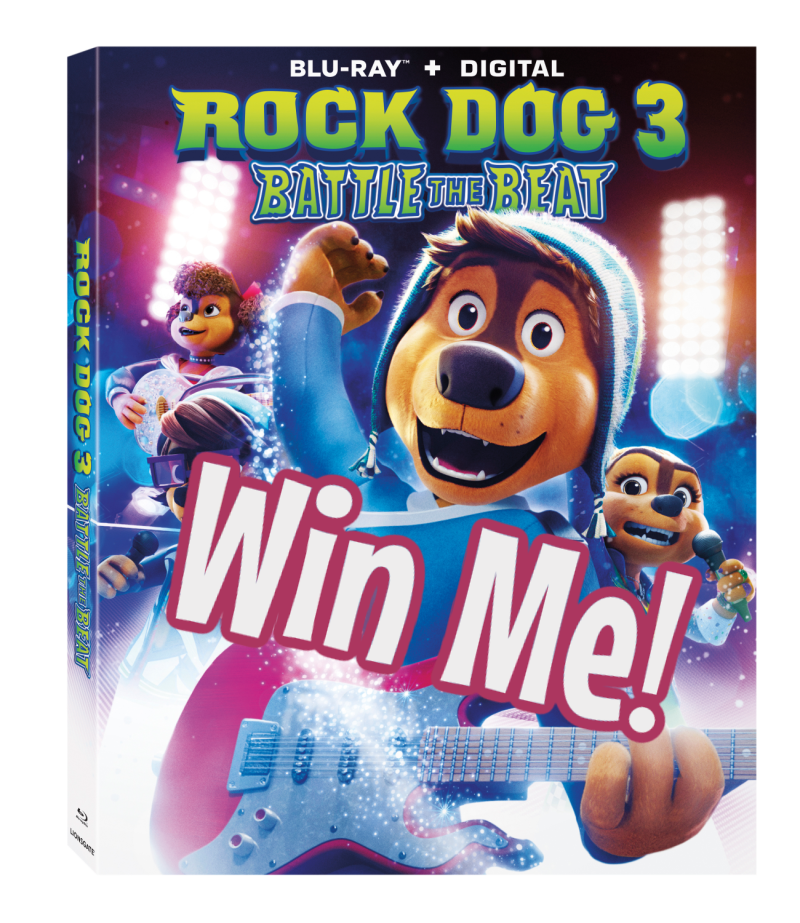 Bodi rocks back into the spotlight when Rock Dog 3: Battle the Beat will be available on Blu-ray™ + Digital and DVD January 24 from Lionsgate.

Join the famous Tibetan mastiff for his newest adventure as he continues on his journey as a musician. Rock Dog 3: Battle the Beat will be available for the suggested retail price of $24.99 on Blu-ray™ + Digital and $19.98 on DVD.

About Rock Dog 3: Battle the Beat:

After touring the world, Bodi takes some time off and returns to his village. When he learns that the girl group, K-9, doesn’t know who rock legend Angus Scattergood is, he is compelled to join the musical competition show, “Battle the Beat,” to inspire a new generation of rock stars.

But after joining the show, Bodi quickly realizes he has bitten off more than he can chew when he becomes an overnight TV personality sensation.

One lucky reader will win Rock Dog 3: Battle the Beat on Blu-ray™!

The giveaway is open to US only, 18+ (no PO Boxes please)