The countdown is on! Disney’s original live-action comedy “Hocus Pocus 2” debuts one month from today, September 30, 2022. 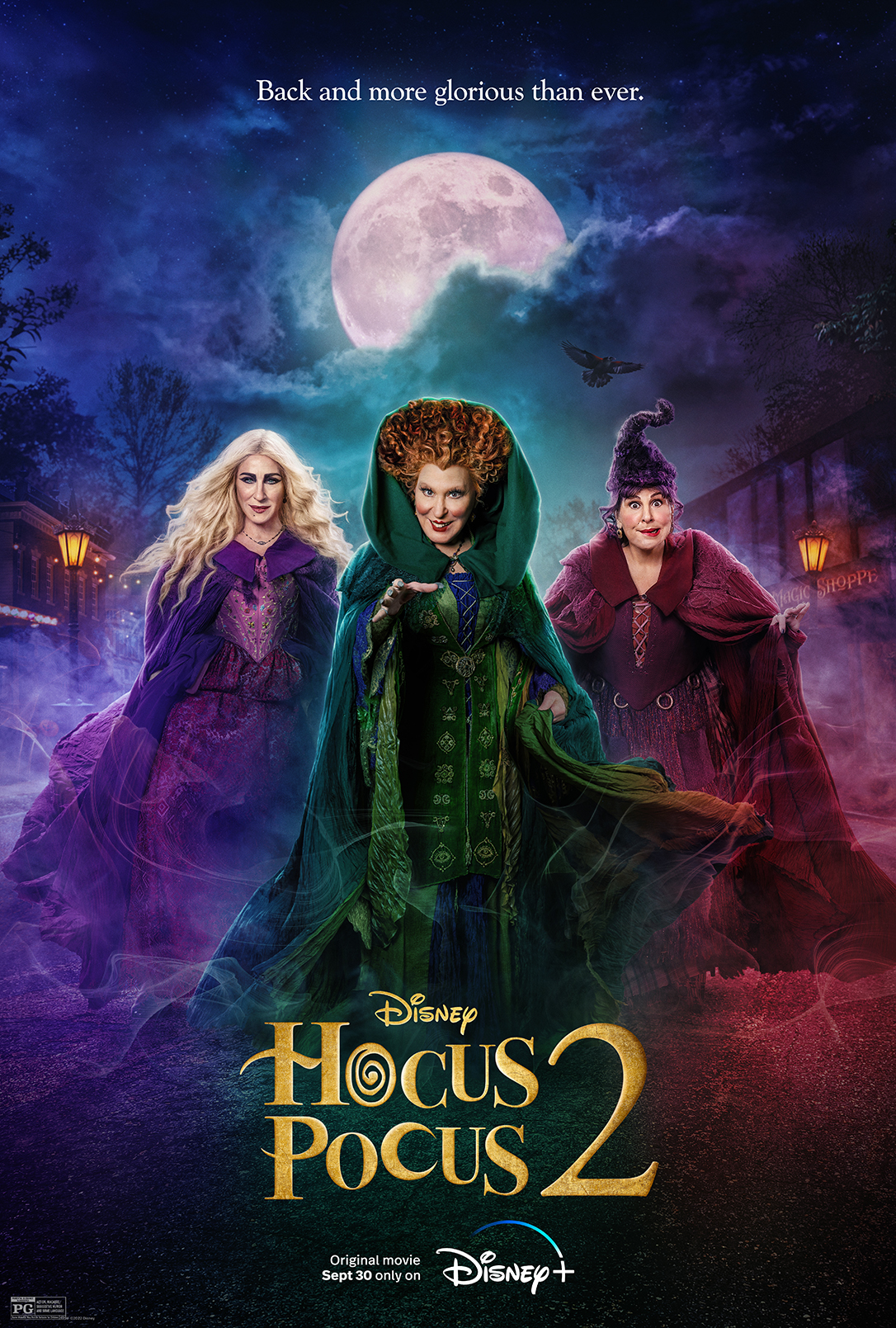 The film will premiere exclusively on Disney+ as a part of the streaming service’s Hallowstream celebration. Check out the new key art for the haunting sequel to the Halloween classic for a new look at Bette Midler (“The First Wives Club,” “Beaches”), Sarah Jessica Parker (“Sex and the City,” “Divorce”), and Kathy Najimy (“Sister Act,” “Younger”) as the delightfully wicked Sanderson sisters.

Hocus Pocus 2 | Teaser Trailer | Disney+
It’s been 29 years since someone lit the Black Flame Candle and resurrected the 17th-century sisters, and they are looking for revenge. Now it is up to three high-school students to stop the ravenous witches from wreaking a new kind of havoc on Salem before dawn on All Hallow’s Eve.