Tom and Jerry take their cat-and-mouse game to the big screen!

I was so excited to get this HUGE Wedding Cake pinata from Warner Bros the Tom and Jerry The Movie! Everything inside the cake reminded me of those Saturday mornings – back when you could only see cartoons on Saturday mornings. We would sit on the floor eating cereal and laugh at the antics of Tom and Jerry.  In fact, there was even cereal, bowls and color changing spoons included in this fun prize pinata!  AND candy- so much candy! 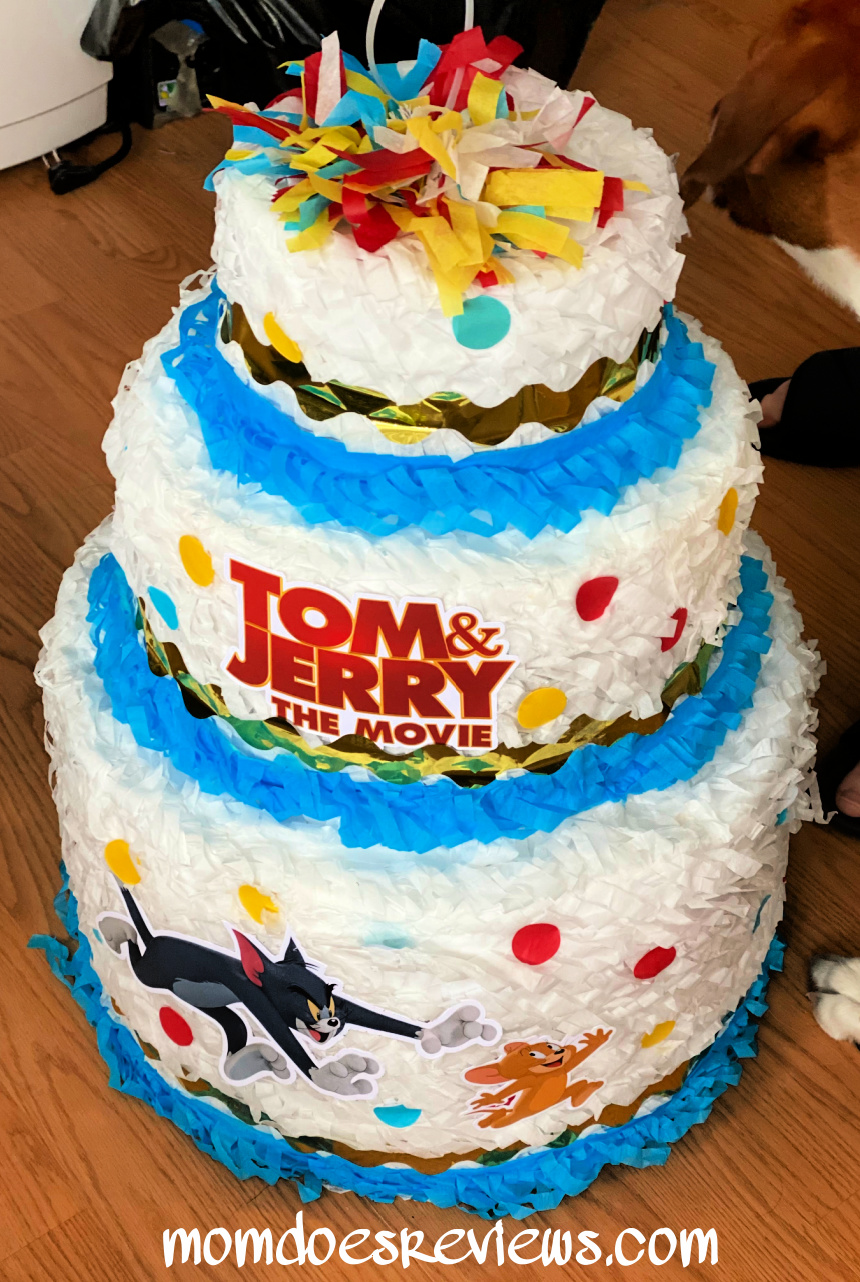 About Tom and Jerry The Movie:

One of the most beloved rivalries in history is reignited when Jerry moves into New York City’s finest hotel on the eve of “the wedding of the century,” forcing the event’s desperate planner, Kayla, to hire Tom to get rid of him, in director Tim Story’s “Tom and Jerry.”

The ensuing cat and mouse battle threatens to destroy her career, the wedding and possibly the hotel itself. But soon, an even bigger problem arises: a diabolically ambitious staffer conspiring against all three of them.

An eye-popping blend of classic animation and live action, Tom and Jerry’s new adventure stakes new ground for the iconic characters and forces them to eventually do the unthinkable… work together to save the day.

Before I show you all the fun goodie that we got, Warner Bros. has created a ton of exciting activities for the launch of the film. You’ll find Tom & Jerry activity guides, games, photos and fun for everyone!

The Tom and Jerry Activity Guide: 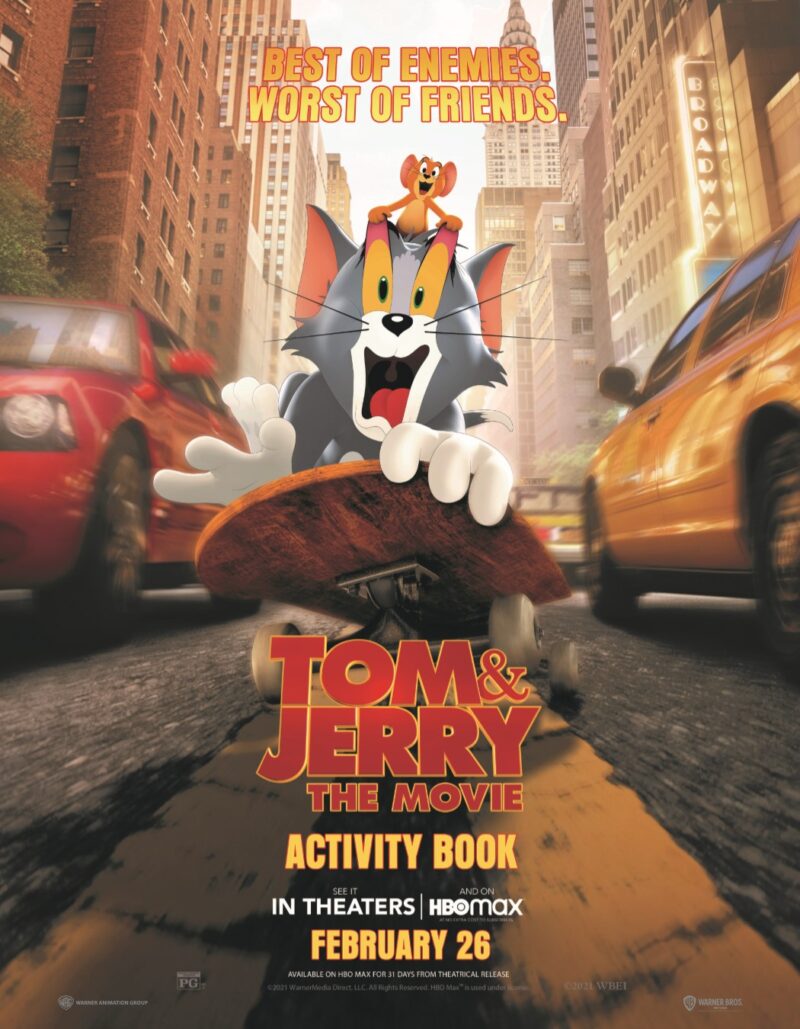 So many goodies were inside the Tom and Jerry The Movie wedding cake! 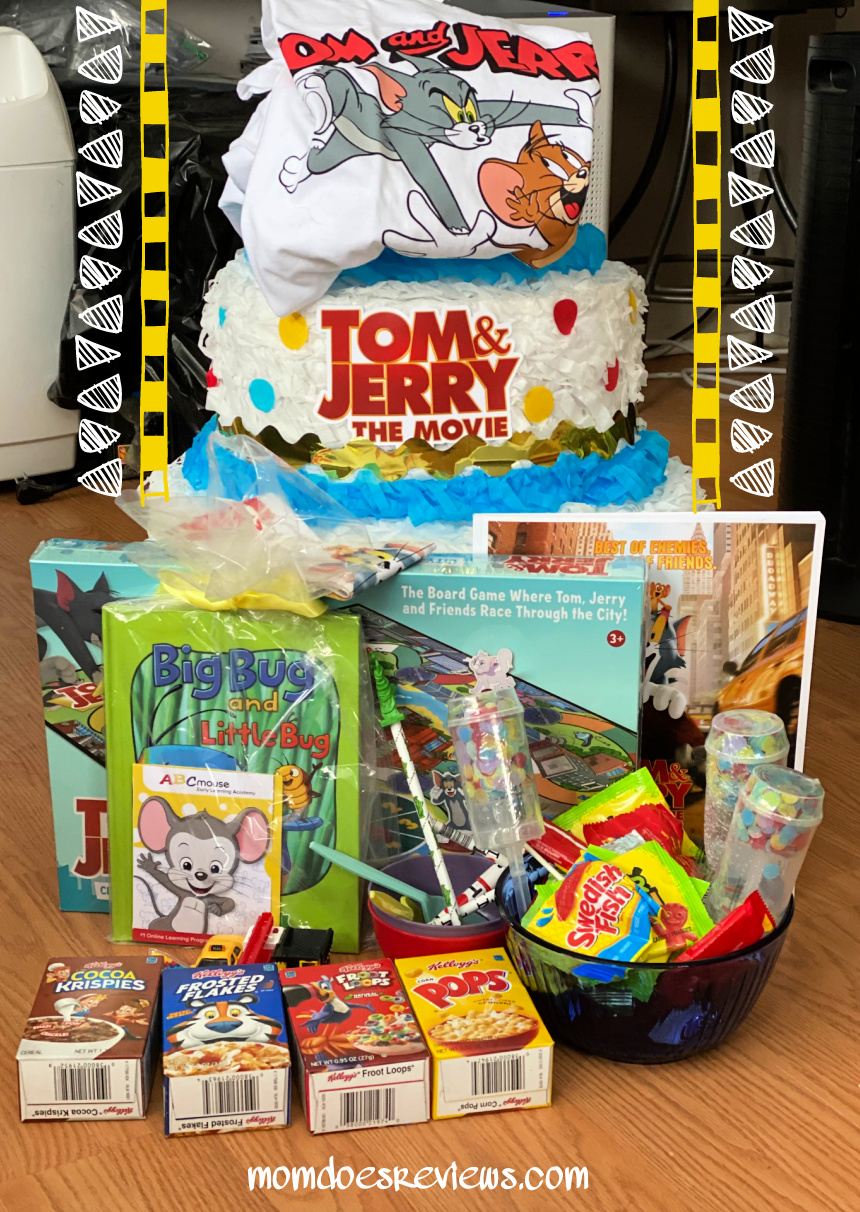 The pups were so helpful!  Our youngest loved Plush Tom and Jerry the best.  I had to chase her around the downstairs to rescue Tom.  She takes her cat watching seriously!

The goodies that came out of the cake was never-ending! Here are a few of the fun things we retrieved: a fun Tom and Jerry T-shirt, Socks, activity book, NYC pencils and pens, toy cars, skateboards, a board game, confetti poppers, ABC mouse book and more! 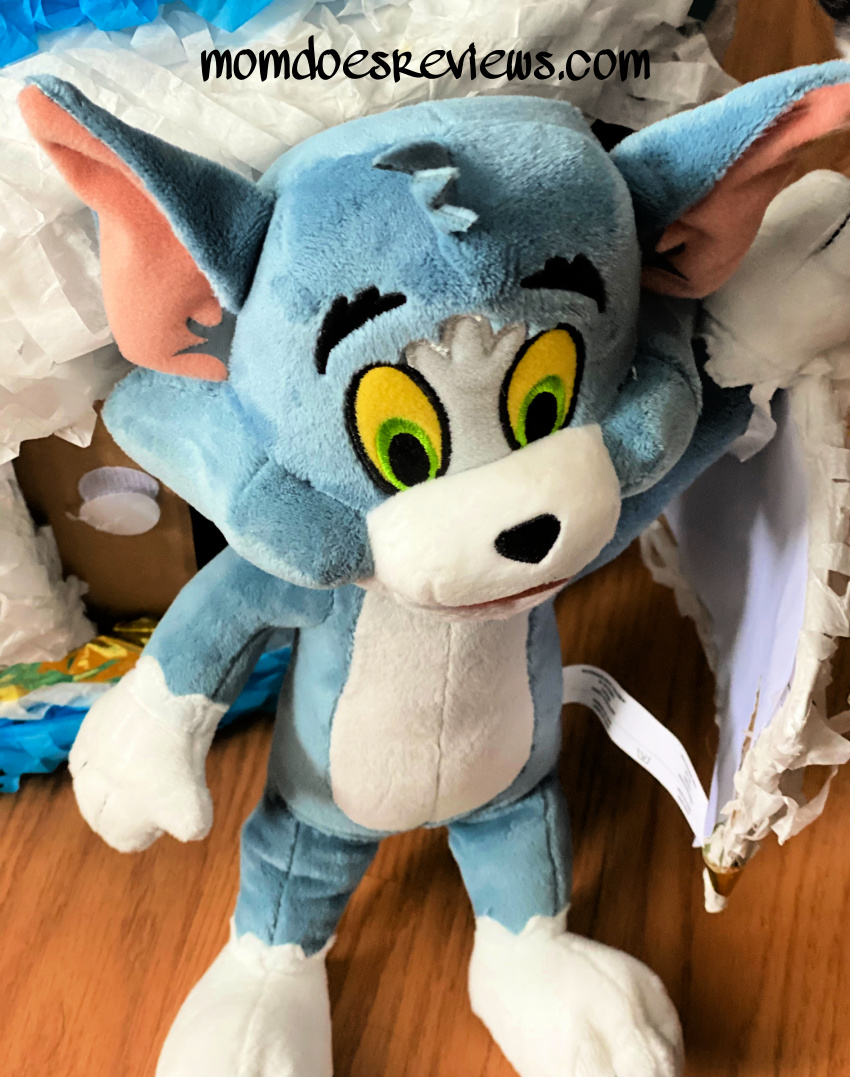 So much fun was stuffed into the Wedding Cake!! Once you watch the movie, it will all make sense! Watch in from home on HBO Max or see it in select theaters. Find out where you can get tickets here. 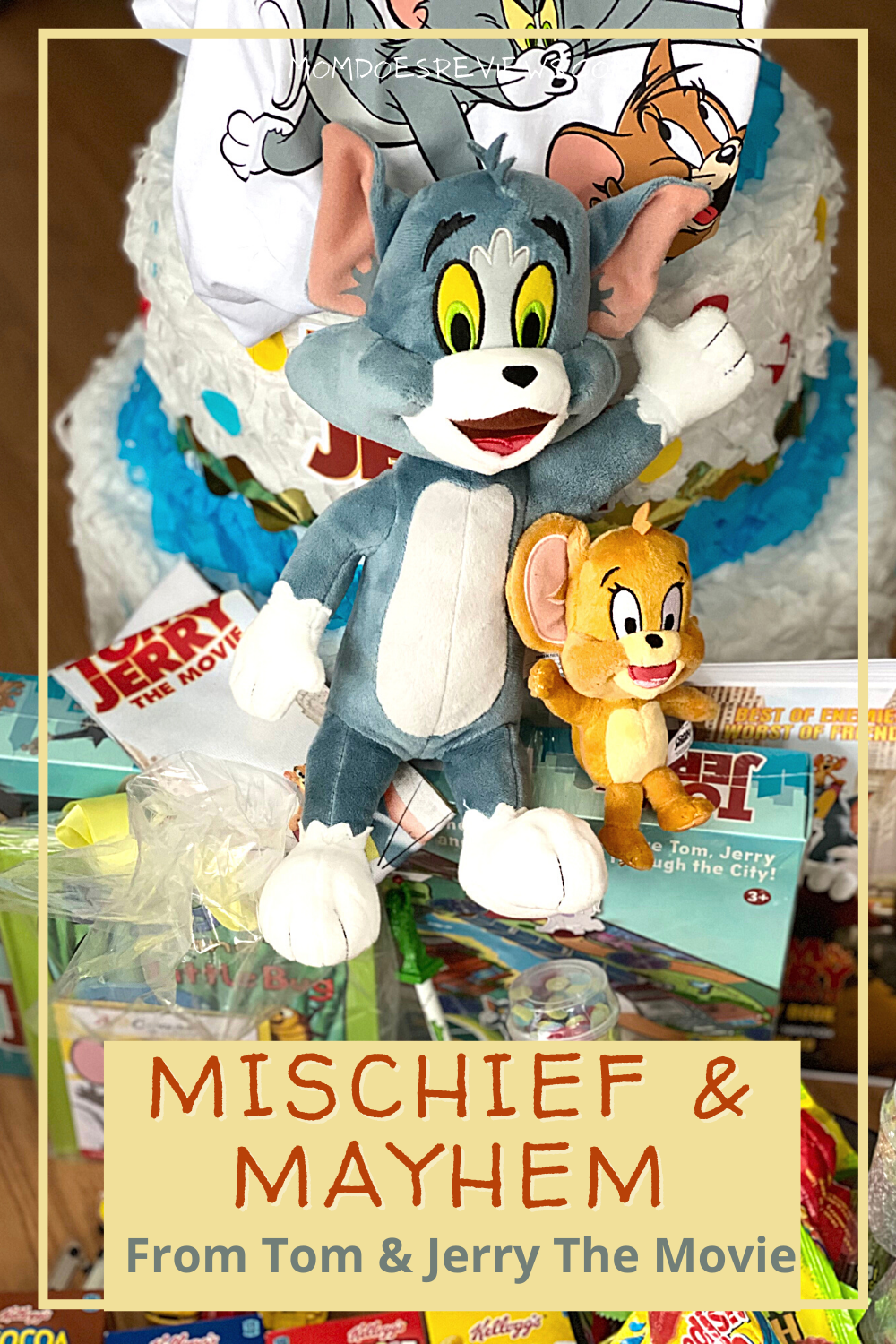 Let me know what you think of the movie in the comments below.  You won’t be disappointed!