Music is exactly what makes the world a better place and what we need right now!  Blue is doing her job to help. Blue’s Clues & You: Sing-Along Spectacular spreads joy to the whole family. If you know Blue’s Clues, you know there’s nothing a little imagination and creativity can’t fix. If you’re kids LOVE Blue like my son did, they’ll squeal, dance and sing along.  They won’t want to stop! 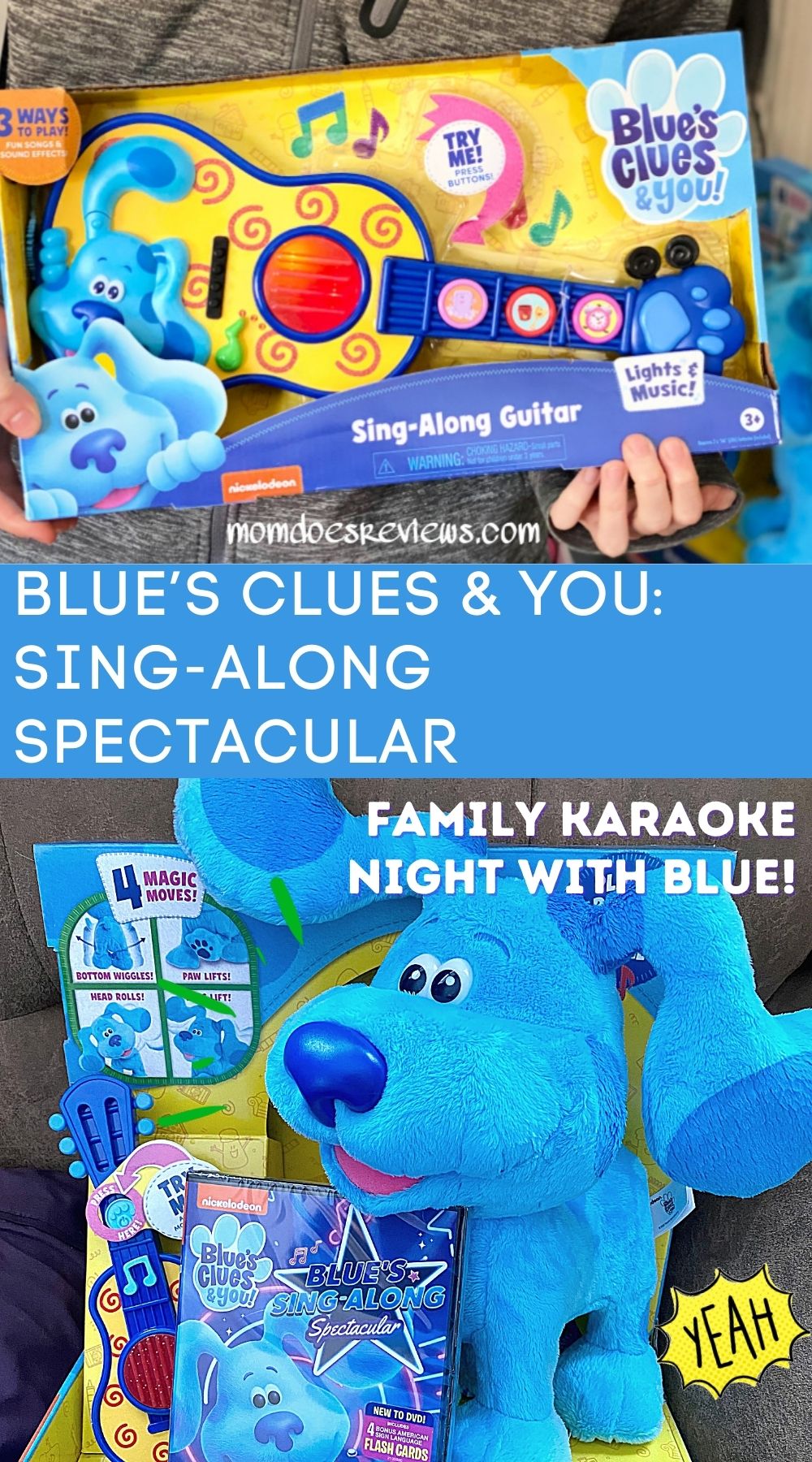 Of course, if you don’t know about Blue’s Clues, here’s what you need to know:

Blue is a puppy preschooler with a clue – three, actually! – and her friend Josh needs help from YOU to find those clues, each marked with Blue’s paw print. After he puts them in his Handy Dandy Notebook, he’ll sit down in the Thinking Chair to figure out the solution. Will you help? Great!

Dance Along Blue dances along to the music, moving her head and lifting her ears and paw up and down. She even wiggles her bottom from side to side! Press the guitar strings while she’s dancing to speed her up or slow her down. This super soft animated plush makes the perfect gift for any clue-finding kid!

You can bring home Dance-Along Blue and the rest of the Blue’s Clues and You! toys to let your little clue-finder use their mind, take a step at a time, and do anything that they want to do.

We had so much fun with the Dancing and Singing Blue!  Even the pups got all excited and did their adorable head tilts when the songs started.  My niece will be thrilled to get all these Blue’s Clues magical toys! 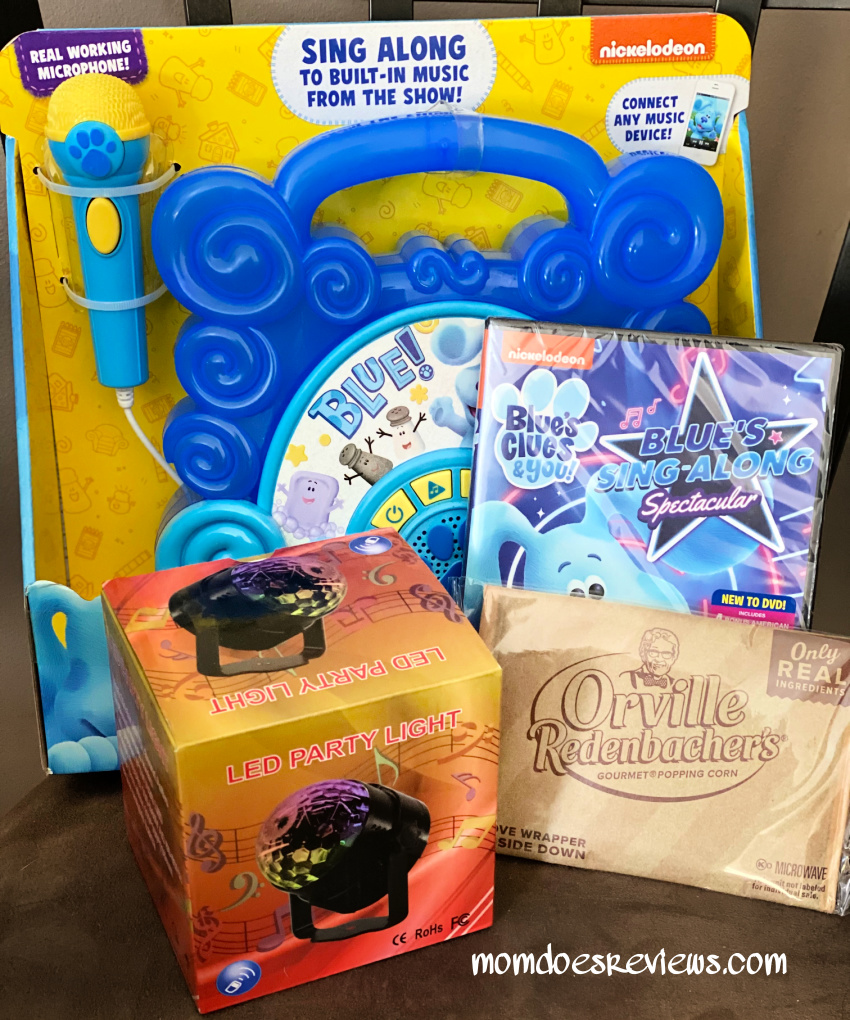 Nickelodeon’s hit preschool series Blue’s Clues & You! is heading back onto DVD with four music-filled episodes in the all-new Blue’s Clues & You! Blue’s Sing-Along Spectacular. Available February 2, 2021, fans can join beloved puppy Blue and live-action host Josh (Josh Dela Cruz) as they play Blue’s Clues to learn about different musical instruments, put on a Blue’s Clues Music Concert, start a band and have a dance party. Blue’s Sing-Along Spectacular will have you putting your paws together for Blue, Magenta, The Mailtime Quartet, Slippery Soap, and surprise guest performer – singing sensation Ally Brooke! 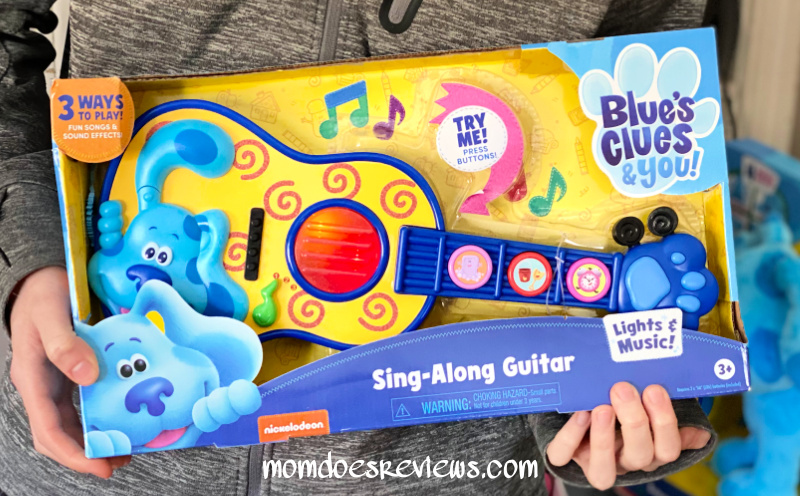 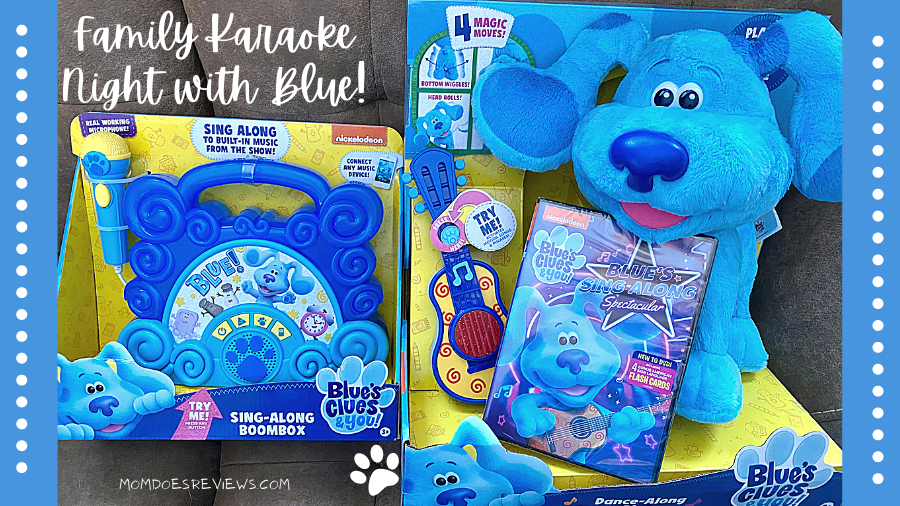 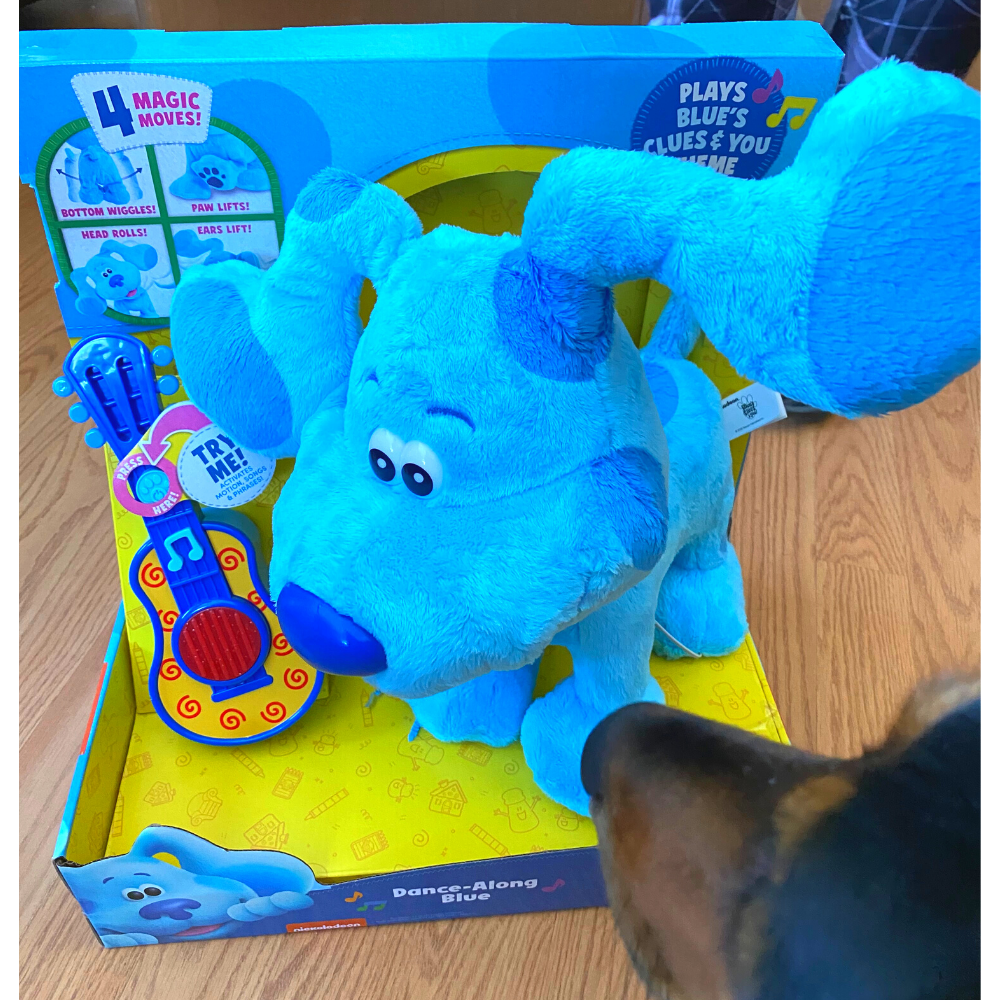 Get these spectacular Blue’s Clues Toys on Amazon!

Now for the best part! 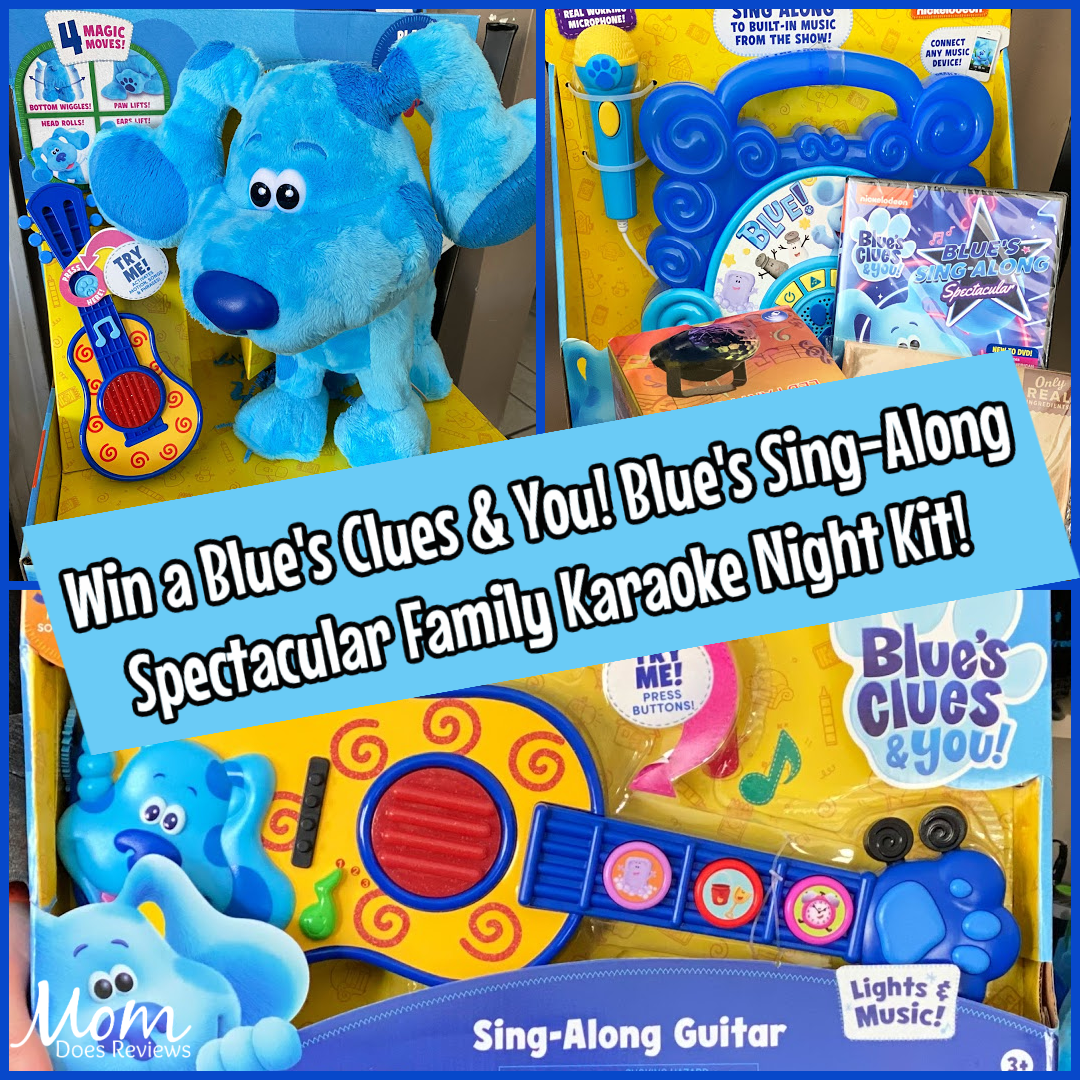 One lucky reader will win all the products listed above- over $120 arv!