Winning Moves Games is celebrating their 25th Anniversary with the release of some great new games!

I love game night with my family, and with us spending a lot more time at home, board games are a great way to wipe out boredom and get some much needed screen time break.

Who doesn’t like classics like Scrabble, Risk, Rubik’s Cube, chess and Monopoly and now there are new versions of the classics along with some new games that have never been released before. Let me tell you about some of our favorites. 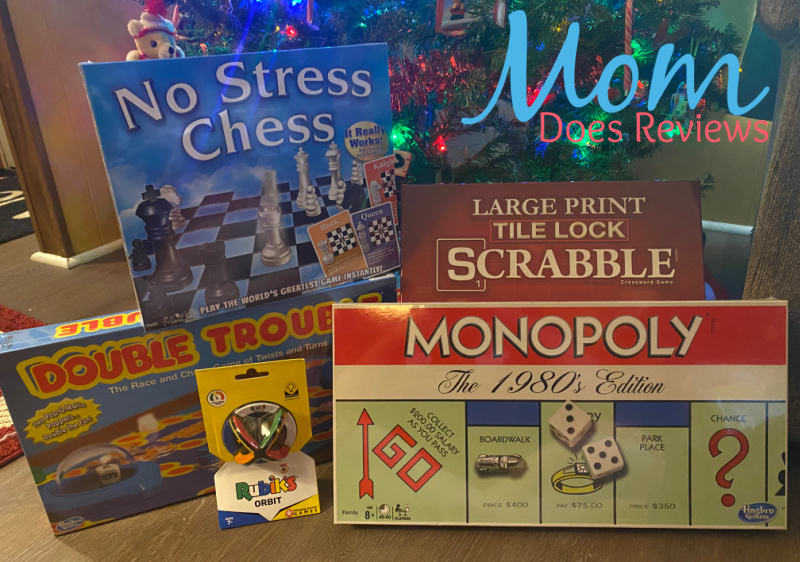 Winning Moves USA (WMUSA) is a leading maker of board games, card games, and puzzles. Since WMUSA’s first year of operation in 1995, the company has forged a close relationship with one of the world’s largest game companies, Hasbro, Inc., owner of Parker Brothers and Milton Bradley.  WMUSA also has a great relationship with Seven Towns, Ltd. (the owners of the Rubik’s brand). As a result, many long-lived Parker Brothers and Milton Bradley games & Rubik’s puzzles are now marketed by WMUSA!

With a talented group of game marketers and developers, WMUSA’s mission is to provide happiness to consumers by offering Classic, Retro, Cool and Fun games for play with friends and family. 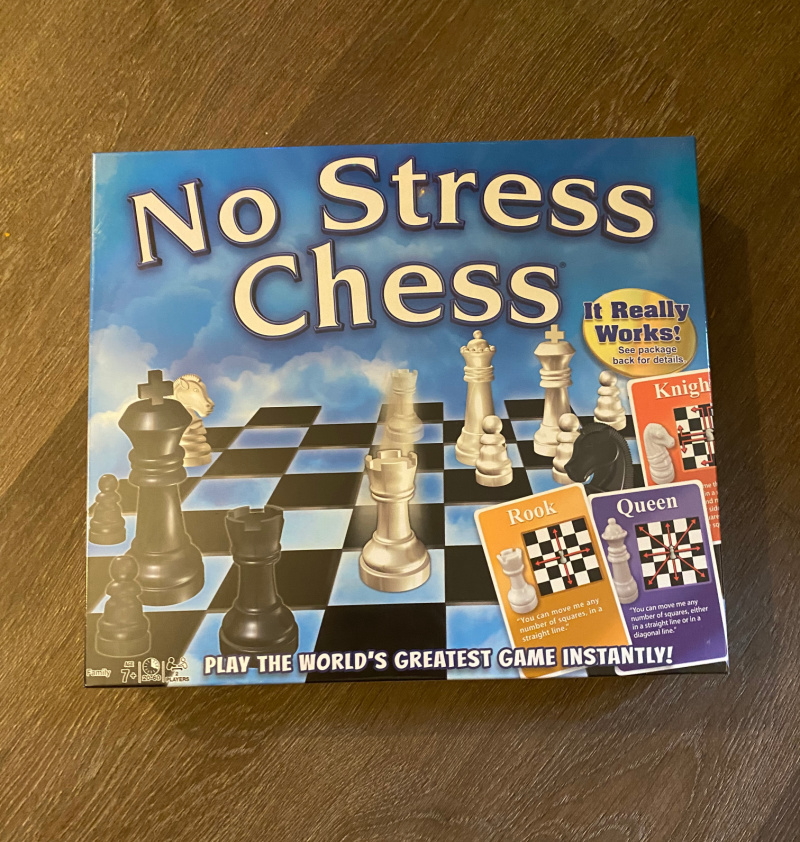 Winning Moves Games is proud to present ‘No Stress Chess‘, a game that will help you learn the world’s greatest game – Chess. You can play instantly because the special game board guides you to set up your pieces and each card in the innovative deck shows you how to move the piece it pictures. You just set the pieces on the board, shuffle the deck, and begin to play! 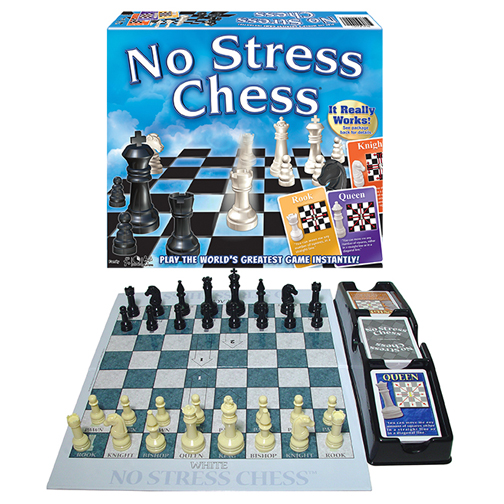 No Stress Chess teaches players the moves of all the Chess pieces. The game is played on a regulation Chess board, but doesn’t require the movement knowledge or planning of Standard Chess. No Stress Chess can be played at several levels of difficulty, gradually introducing players to Standard Chess in incremental steps. When you’re ready, just flip the board to its Standard Chess board side and play the authentic ‘king of games’. This game retails for $18.95. 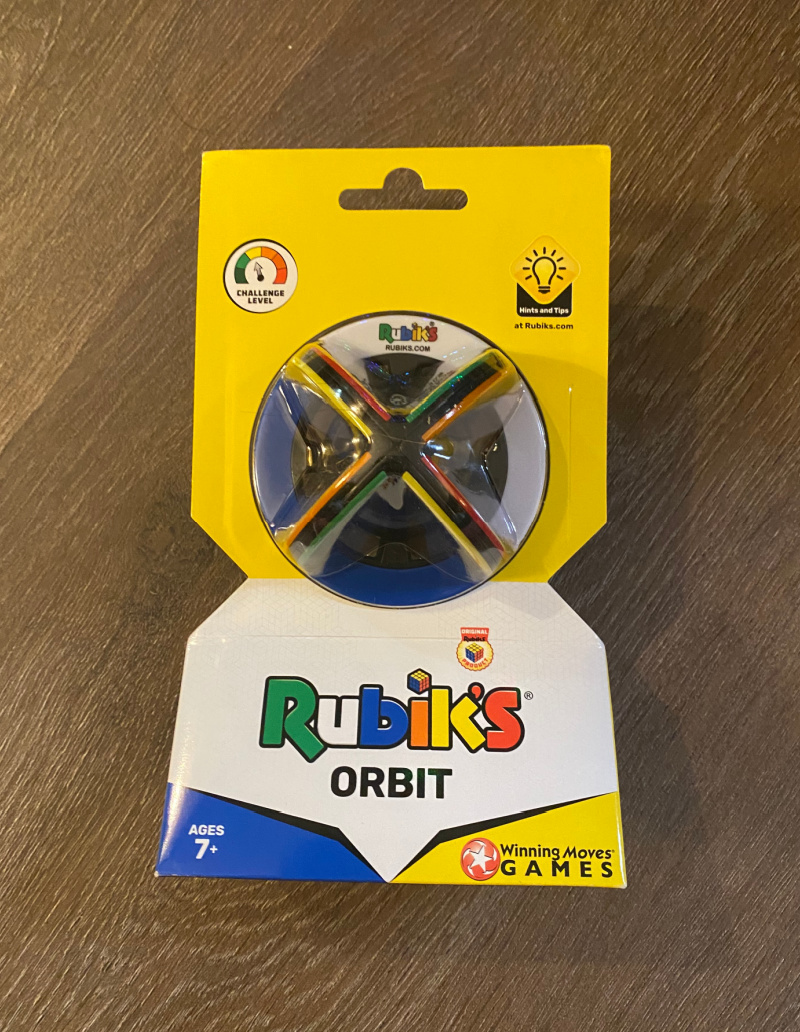 Are you ready to take on the latest Rubik’s puzzle? The challenge is to solve all six sides of the 360º rings to match the Rubik’s color all the way around the sphere. 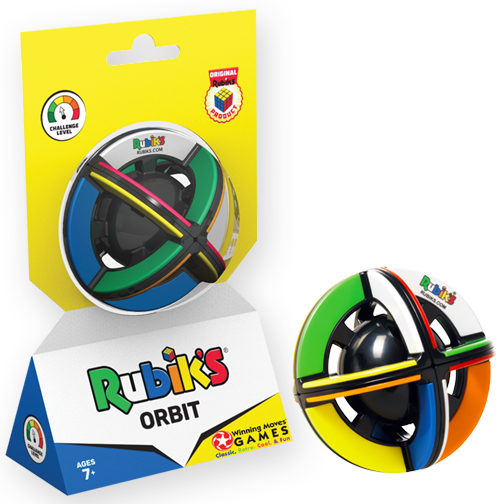 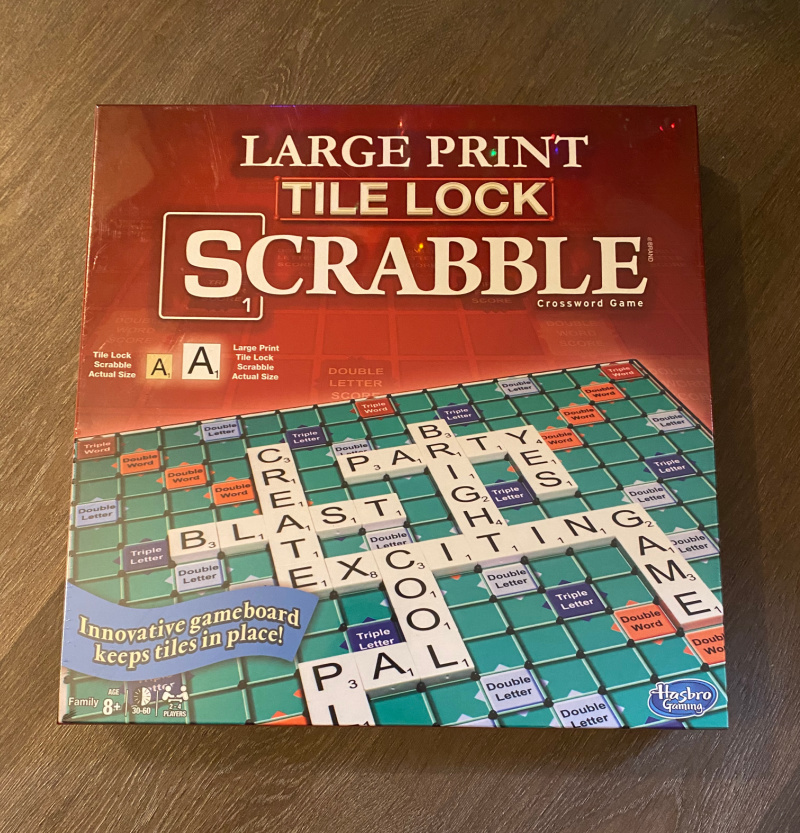 Your Scrabble words won’t be slip-slidin’ away thanks to this boards clever “tile-lock” design. Every word counts when you are playing this specially designed large print version of the world’s leading word game. 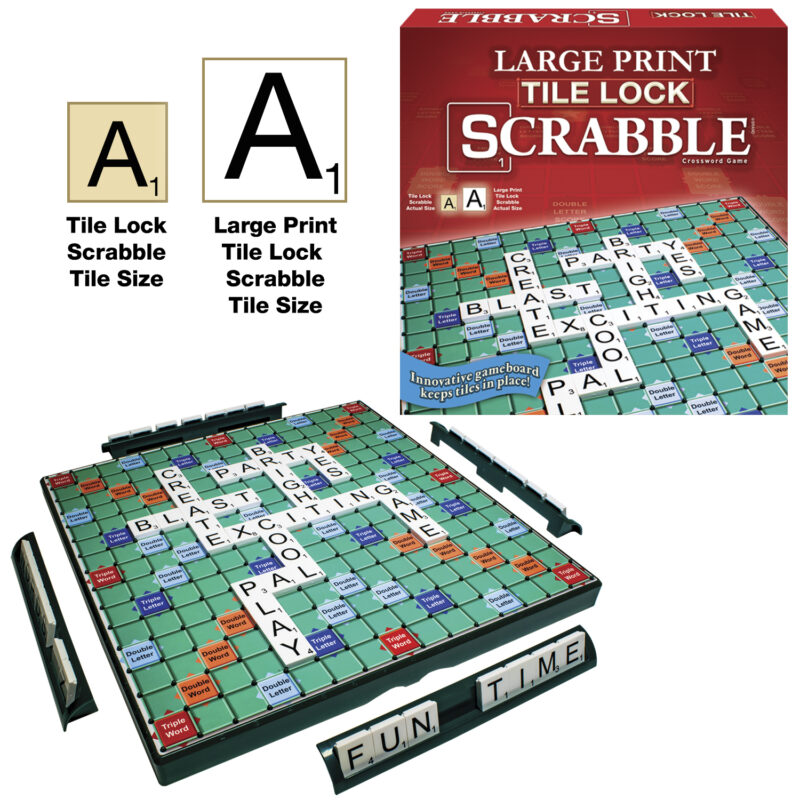 The integrated turntable function makes rotating and moving the board simple, and that large print board, tiles, and rules booklet are clear and easy to read. This game retails for $45.95. 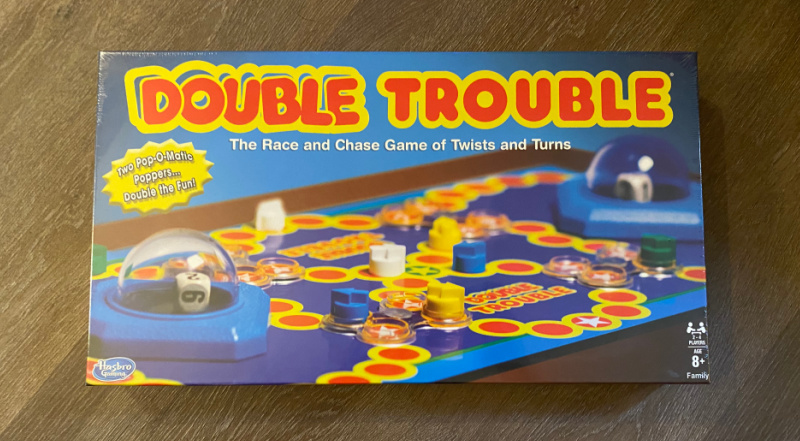 Having originated in the 1980’s, Double Trouble is back to enchant a whole new generation of players! This game features not one –but TWO- Pop-O-Matic Dice Rollers and detour wheels which can really throw your opponents off track. 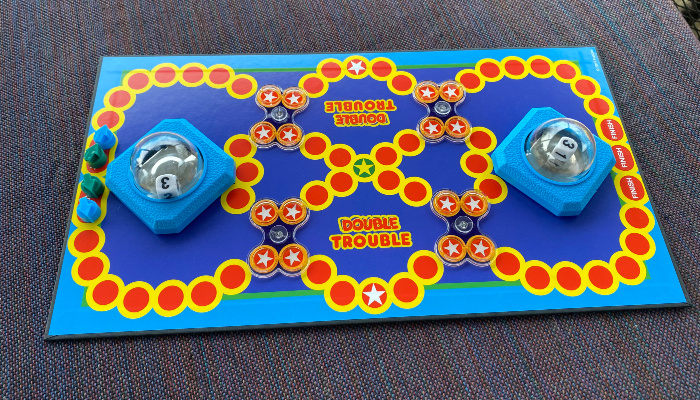 On each turn, players pop both dice rollers and move accordingly. If a player lands on another players piece, a Pop-Off ensues. The first player to get both of their pieces to Finish wins the game! This game retails for $20.95. 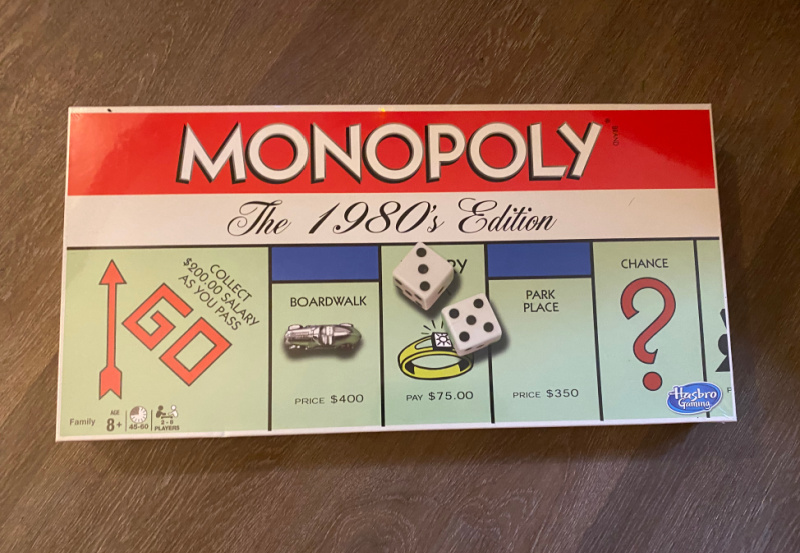 Fond memories will spring to life, with family and friends, when you play Monopoly The 1980’s Edition. Advance To Go and enjoy! The board game of buying and selling, Monopoly has represented family fun for almost 75 years. Players attempt to dominate the game by buying and owning as much property as possible while still maintaining enough money to continue renting the property of others and paying bills without going bankrupt. 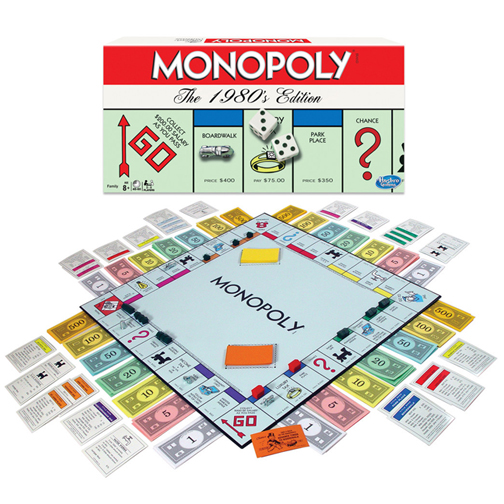 The board game of buying and selling. This game retails for $25.95.

Have you shared fond memories of family game night with any of these classics? How about the new ones, are you ready to give them a try? tell us in the comments below some of your favorite games to play with your family. 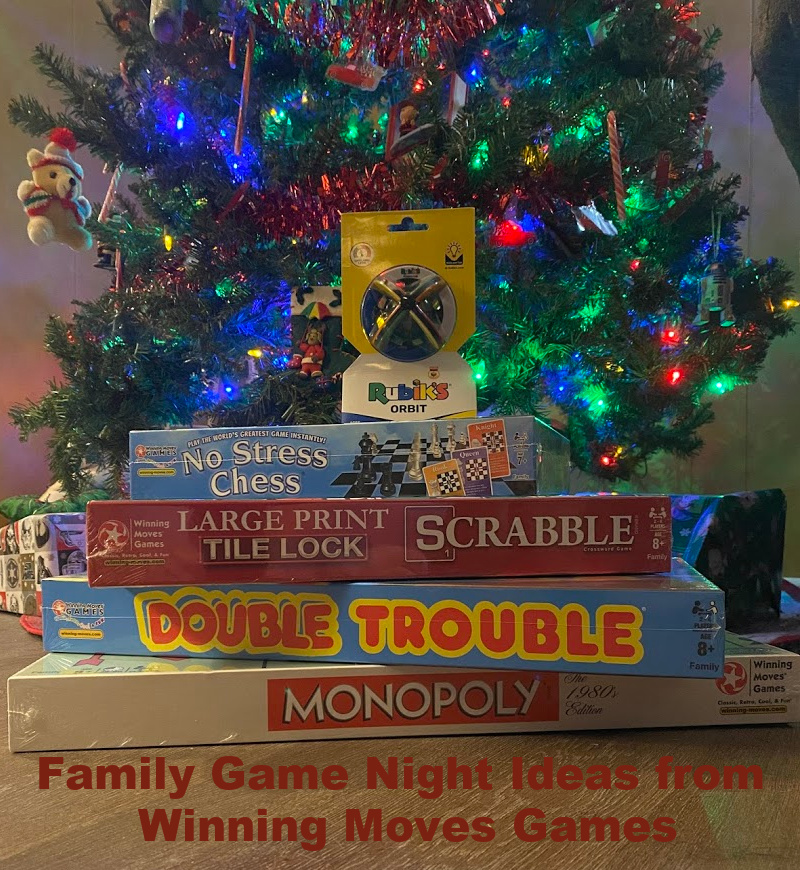 Stay socially connected with Winning Moves for all the latest product releases: 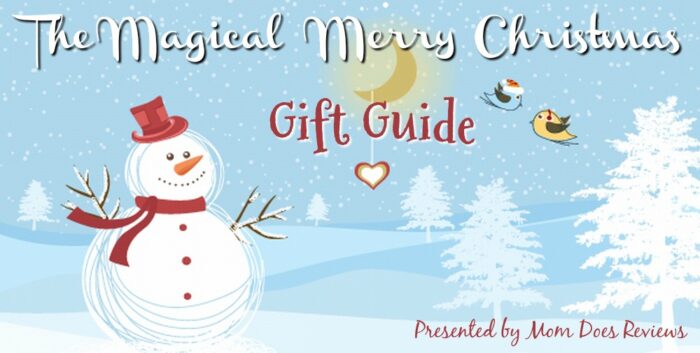