If you love Toy Story 4 as much as I do, you will LOVE these fun FREE Printables!

This summer, Disney and Pixar’s “Toy Story 4” took audiences on a hilarious and heartwarming road trip with Woody, Buzz Lightyear and the whole gang, earning a 98 percent critics rating on Rotten Tomatoes and more than $1 billion at the global box office. Packed with old friends and new faces, the fourth film in the beloved Toy Story series, which leads Woody to an unexpected fork in the road, arrives home on Digital in 4K Ultra HD™, HD, and Movies Anywhere Oct. 1, and on 4K Ultra HD™, Blu-ray,™ DVD Oct. 8. 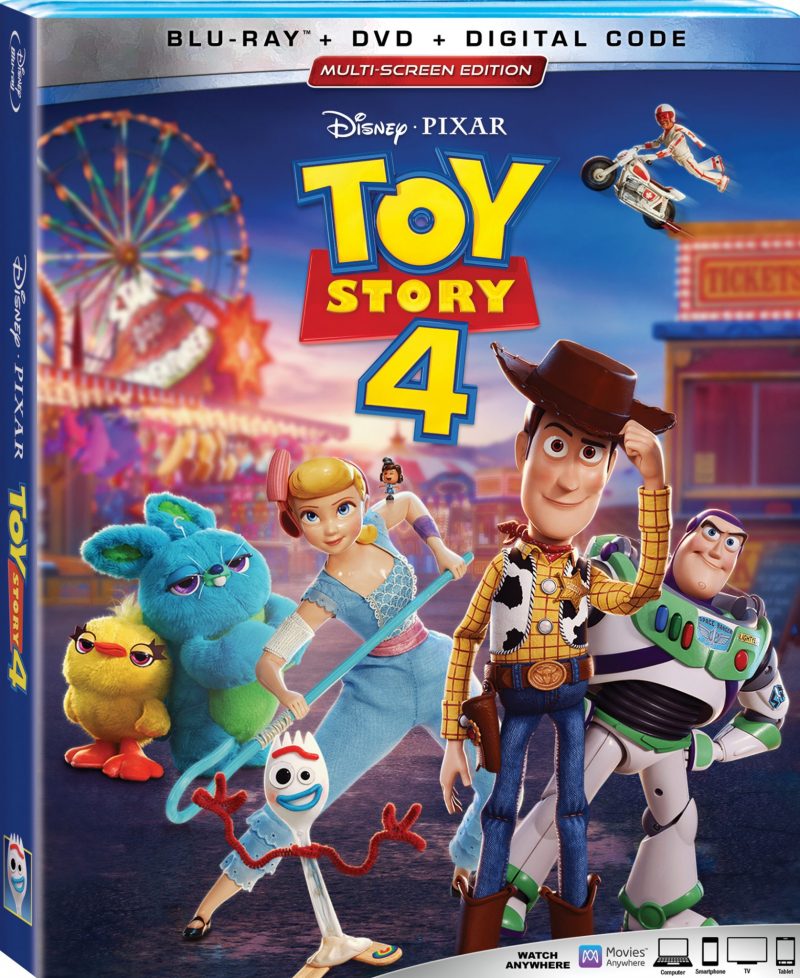 Fans who bring home “Toy Story 4” will be treated to over an hour of bonus features celebrating the film’s iconic characters, Pixar’s filmmaking team and the legacy of “Toy Story,” which began as the world’s first fully computer-animated feature film released nearly 25 years ago. Extensive extras includes deleted scenes such as an alternate ending, an all-new featurette with an endearing look back on Woody and Buzz’s legendary friendship throughout the years; entertaining studio stories shared by members of the Pixar team; a nostalgic look back at the creation and first storyboard screening of “Toy Story” with filmmakers; and the pioneering efforts of Pixar artists who created the sets, characters, look and feel of the original film and much more.

Here is a fun activity inspired by Toy Story 4 that kids and parents will love. 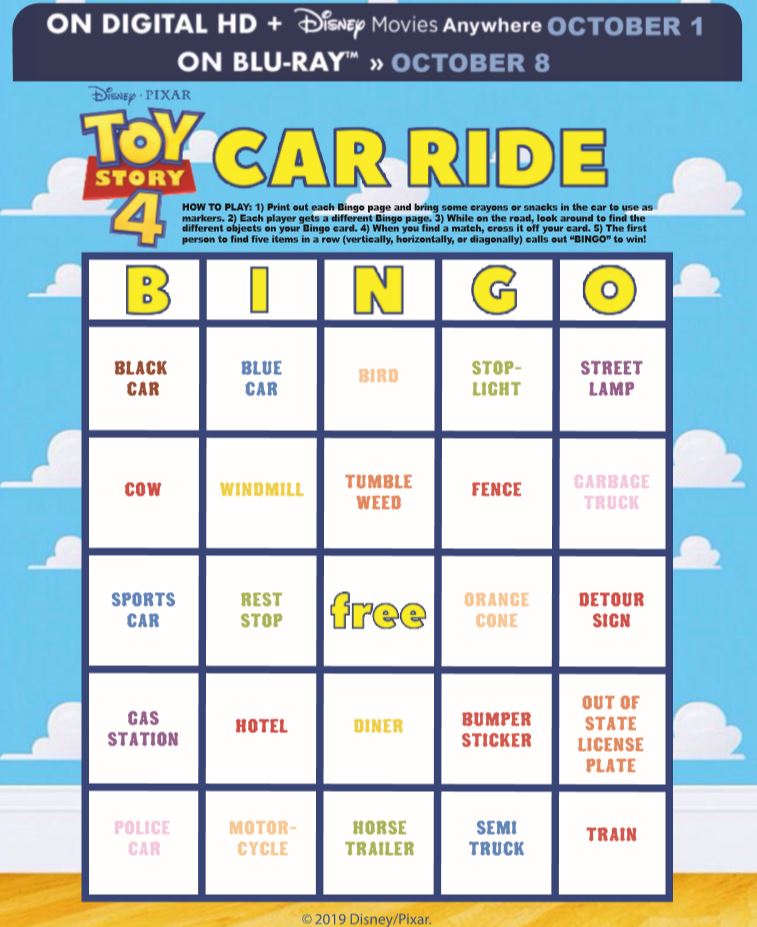 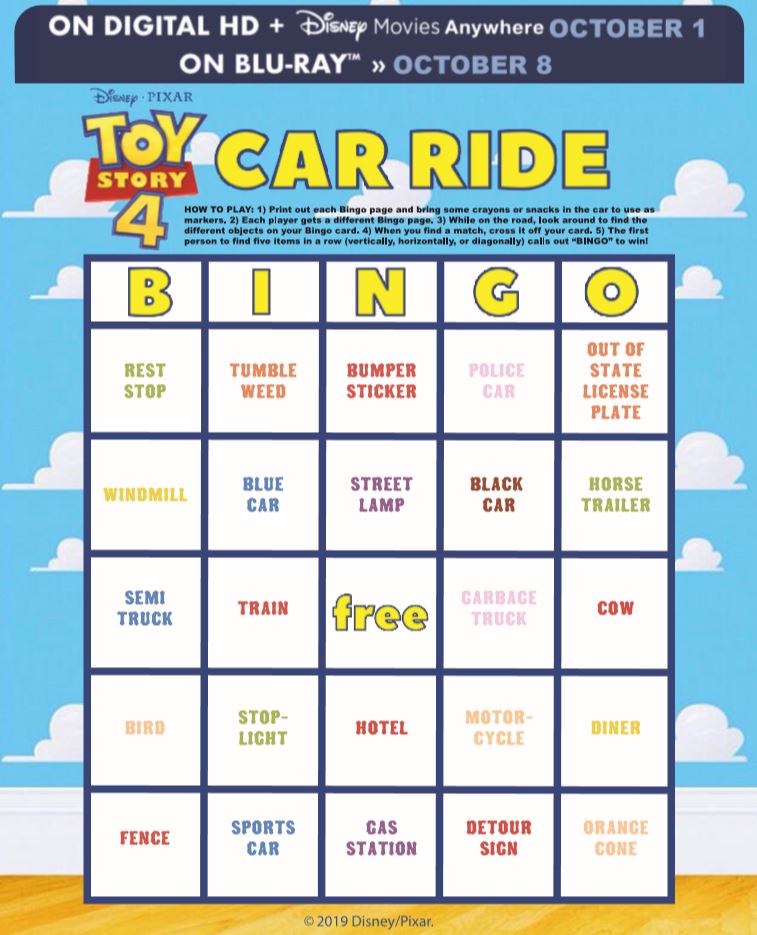 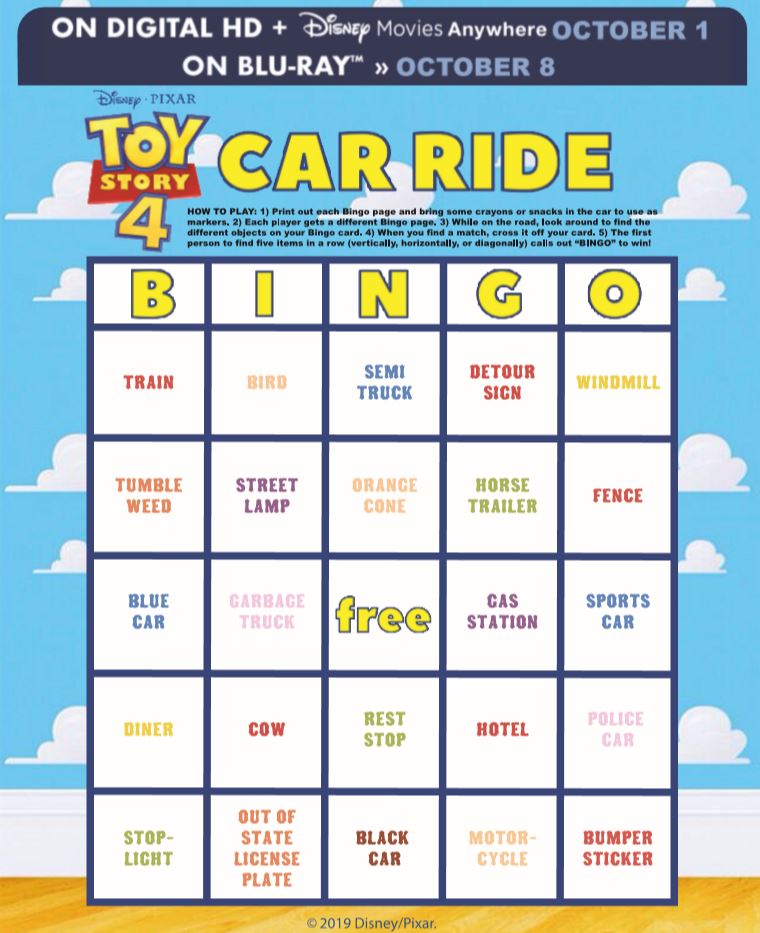 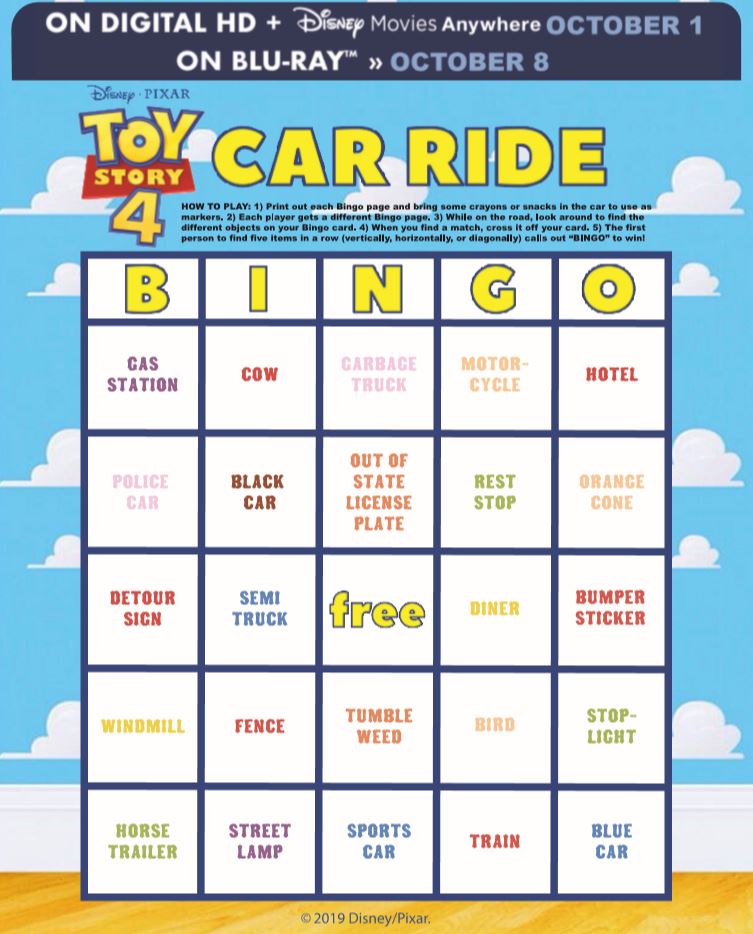 Find out all of the latest movie info online