Your family car is a lifeline and if you are left without it, you’re in a very tricky situation. You need it to get the kids to school and wherever else they might need to go, and you may need it to get to and from work as well. Most of your daily errands require a car as well, so without it, you’re in trouble. If the car breaks down suddenly, you’ll be forced to get it repaired whether you can afford it or not because you can’t survive without it. But you can avoid that if you look after the car properly and keep on top of the maintenance properly. Unfortunately, you can’t do much about it if somebody steals the car and even though you may be covered by insurance, you will still be without the car for a few days at least, and you will have to pay the insurance premiums. The bad news is, you can never guarantee that your car will not be stolen, but you can make it a lot less likely. These are some of the best ways to protect your car from theft. 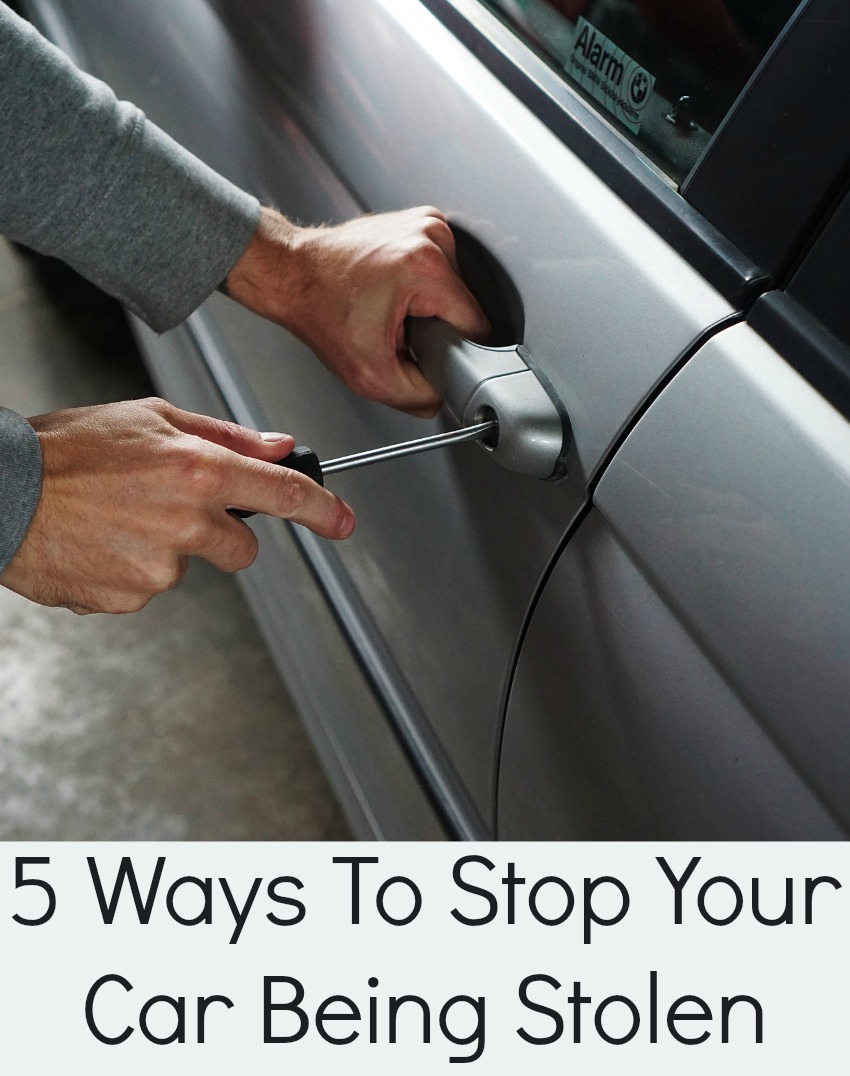 Keep It Locked At All Times

You might think that this is pretty obvious and you wouldn’t leave your car unlocked, but people do. Even if you lock it overnight or if you’re leaving it for a long time, you might leave it unlocked for shorter periods. What if you’re just popping into a shop for a few minutes and you leave it unlocked? Surely, nothing is going to happen if you’re only gone for a couple of minutes? Actually, that’s all it takes and if somebody happens to see you leave the car without locking it, they may jump in and take it. It doesn’t matter how long you are leaving the car for, even if you can still see it, you should lock it every single time you get out, just to be sure.

People aren’t only looking to steal the car itself, a lot of the time they’re just trying to get at whatever is inside. If you have a lot of valuables in the car on full display, that makes you a much bigger target. Things like phones and laptops should never be left where people can see them, and there are some other items that people don’t think about. Sat-navs are a common target for thieves so don’t leave it on the dashboard when you get out of the car. Take it off and put it in the glovebox so nobody can see it. If you use a car seat, you should consider removing that as well. They can be worth quite a lot of money and they might make you a target for thieves as well. It can be a bit of a pain to put it back in every time, but if you want to reduce the chances of your car being broken into, it’s best to be safe and take it out. 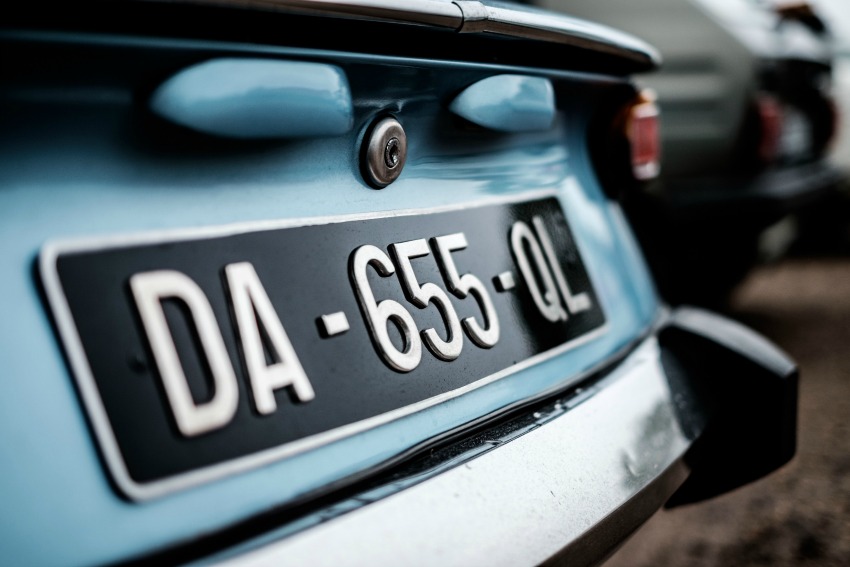 If somebody is going to steal the car, they will try to sell it on as soon as possible. Car thieves don’t like cars that have unique features that make them easily recognizable because it makes it easier for the police to identify the car and catch them. That’s why you should try to make the car as unique as possible. Things like private plates with a customized registration, stickers with unique designs, or a distinctive paint job are all simple ways to set your car apart from others. It might not stop theft entirely because they can change the plates or respray the car before selling it but that’s a lot of trouble to go to. If a car thief has a choice between a car that looks just like all of the others of the same model, and one that looks totally different, they’re going to pick the first option.

One of the best alterations that you can make, which will really deter car thieves, is to have the vehicle identification number etched into the glass on all of the windows. They will not want to replace all of the glass in the car before they are able to sell it on, so they will pass you by and find another target.

Security systems are the best way to protect your car from thieves, but car alarms are not all that effective anymore. Would you call the police if you heard a car alarm? Most people don’t because we assume that it is a false alarm. Car alarms are so easily set off, so most of the time, the car isn’t being broken into and people just ignore the sound until it goes away. Even if it is a break in, most experienced car thieves can disable them in under a minute, so you can’t rely on them to protect your car.

Steering wheel locks are a much more effective way to protect your car. They’re easily visible so if a thief sees one, they’ll probably just move on. It is possible to break the steering wheel lock but it’s not easy and a car thief wants to break in and drive away as quickly as possible, so it’s a good deterrent. You should also look into ignition cut off systems that prevent the car from being started if somebody breaks in. These are both far more effective ways of stopping a thief than an old fashioned car alarm.

Watch Where You Park 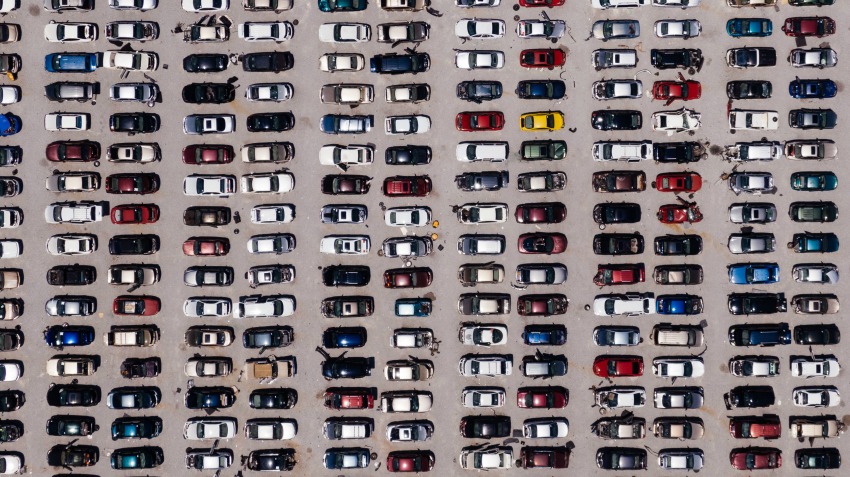 When you are parking your car, you need to think about whether you’re giving somebody an opportunity to steal it or not. If you park in a well lit area where there are a lot of people around, stealing the car without being spotted is going to be difficult. But thieves will thank you if you leave it down a dark street with no streetlights and very little foot traffic. You should also check car theft stats for your city and see what the risk is. If you don’t want your car to be stolen, don’t make it easy for thieves.

As long as you follow these important rules, you can reduce the chances of your car being stolen.

Meet Mom Does Reviews' Marketing Manager, Review Coordinator and Writer, Diane!
Diane is a mom to 9 wonderful furkids! She loves spending her days with them. In addition to her rough and rowdy pack, she is also active in volunteering and animal rescue. When not with her dogs, she loves gardening, cooking, and canning. You can usually find her in the kitchen whipping up something delicious - from people food to pet treats! She is also the one in charge behind Miss Molly Says, even though her funny countrified dog, Miss Molly, likes to jump in with her 2 cents worth of woofs!