Getting ready to hit the road for a summer vacation? One thing I learned years ago was to prepare a summer road trip playlist for the little ones. Having this prepared has, in the past, kept me sane while traveling with seven children! So, along with your packing list to make sure you don’t forget anything, make sure you add prepare playlist to your checklist. Here are some of the best summer road trip playlist ideas. 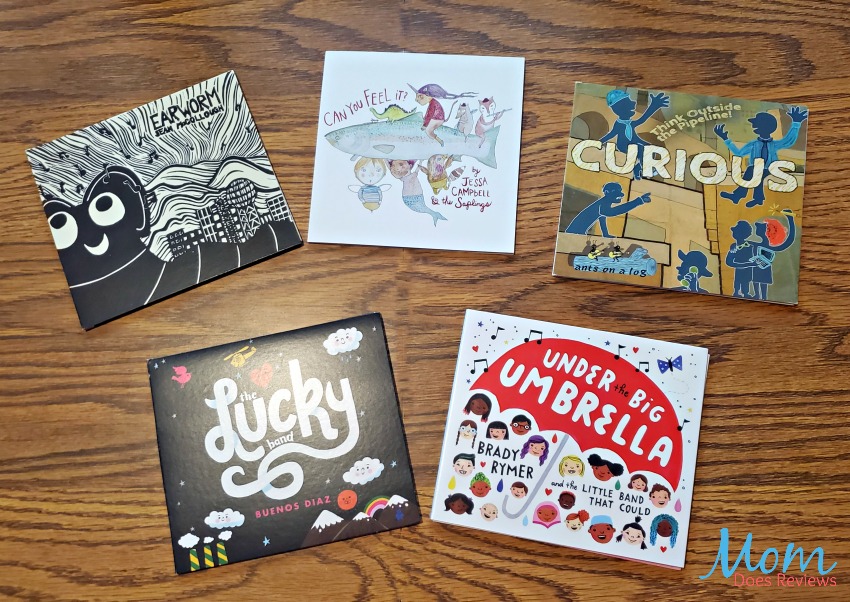 Ants on a Log is Julie Beth and Anya Rose. The folksy duo writes music for children and other childlike people, songfully advocating for positivity, social justice, and silliness! The Ants have been featured on XPN’s Kids Corner, at the Philadelphia Folk Fest, and on radio stations around the globe.

In their off-stage lives, Julie is a music therapist and Anya is an elementary science teacher. Their powers combined make for smart and socially conscious folk, mostly originals with some must-know classics. Their harmonies and rhythmic play are a delight for children (and grown children!) of all ages. 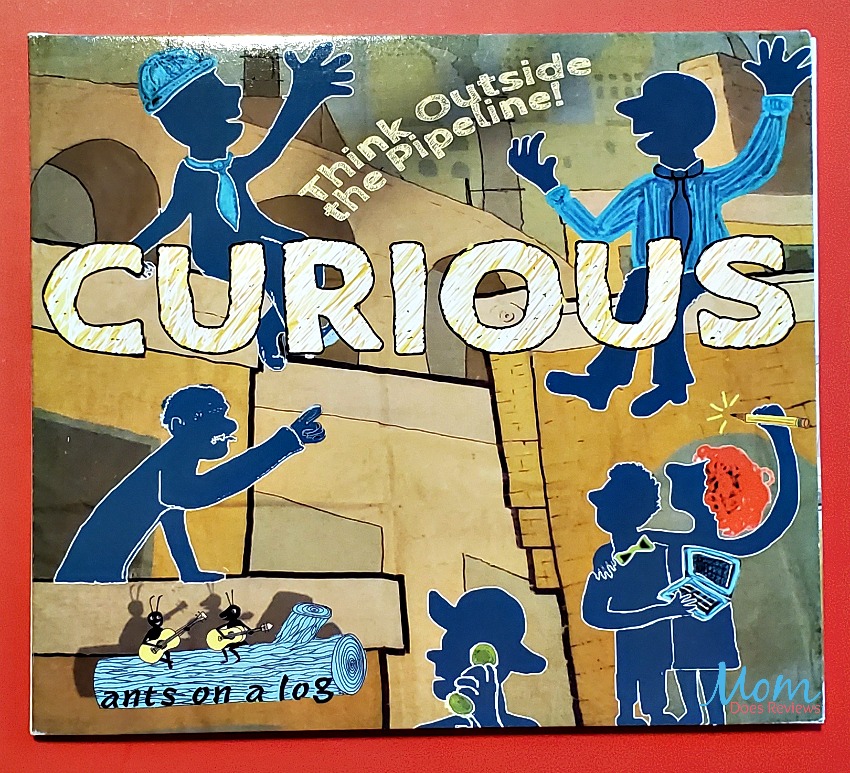 Curious: Think Outside the Pipeline

The release of Curious: Think Outside the Pipeline! is a collection of musical stories about Clio and her sibling Taylor. As the story advances, Clio and Taylor want to make their community better and realize that you make a change by yourself. Both of them understand that it takes a community to make a meaningful change in that same community. And sometimes you have to stand together in order to make others see the truth.

The two overheard a conversation between two men about how they were going to make changes to the city ordinances and no one would know what happened. By holding the meeting during the day, people would be at work and wouldn’t show up to stop them. They wanted to expand the oil refinery but were doing it in a shady way.

This is a group of musical stories encourages the spirit of making things better for everyone around you and the importance of being active members of a community. Together people have power. And it takes a community standing together to protect their rights. From writing letters to visiting politicians, Clio and Taylor continue to gather information and try to get others to get involved. I think it was interesting the way they pointed the differences between how right a person thinks they are compared to how right they actually are.

The issues brought up in the CD are great ins to start a conversation with your children about protecting the community and holding public officials responsible.

Ants on a Log have won several awards and honors for their talent including:

Exciting new changes have arrived in 2019! The band is switching their name to The Lucky Band in anticipation of their new album Buenos Diaz arriving April 5, 2019! Look for them on their 10th Anniversary World Tour! 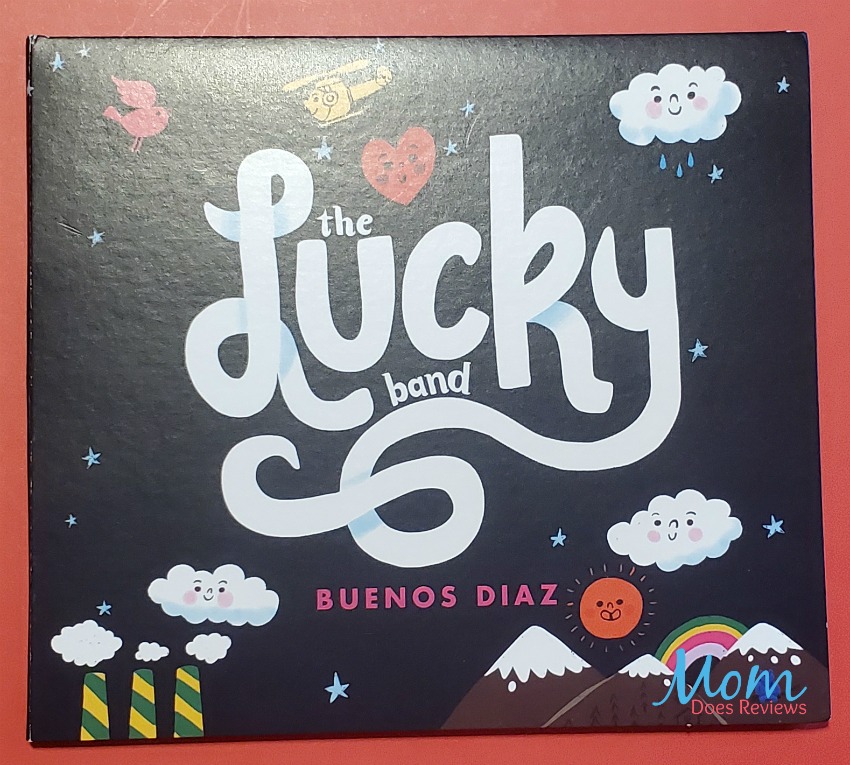 The latest release titled, Buenos Diaz has a collection of upbeat and fun songs to dance around and enjoy. While most of the songs are recorded in Spanish, it was funny that my little ones were learning the words and then realized that they still didn’t know what the song was about! No fear, most are on YouTube and have both Spanish and English sub-titles.

My little ones like the Taco Tuesday song the best!

Make sure to follow The Lucky Band on social media:

After a decade-long career with RCA Records jam band From Good Homes, recording and touring with acts from the Dave Matthews Band to Bob Dylan and Bob Weir’s Ratdog, Brady Rymer ventured into family music as he started his own family, releasing Good Morning, Gus in 2000. Since then, he has released ten CDs, including 2017’s GRAMMY-nominated Press Play, 2014’s GRAMMY-nominated Just Say Hi! and the 2008 GRAMMY-nominated Here Comes Brady Rymer and the Little Band That Could. His most recent album, Under the Big Umbrella, was inspired by and written with students & teachers. It’s a collection of songs full of hope for a future with room for everyone. Brady and the Little Band That Could invite us to join them in a place where individuality is celebrated, and kindness wins the day. 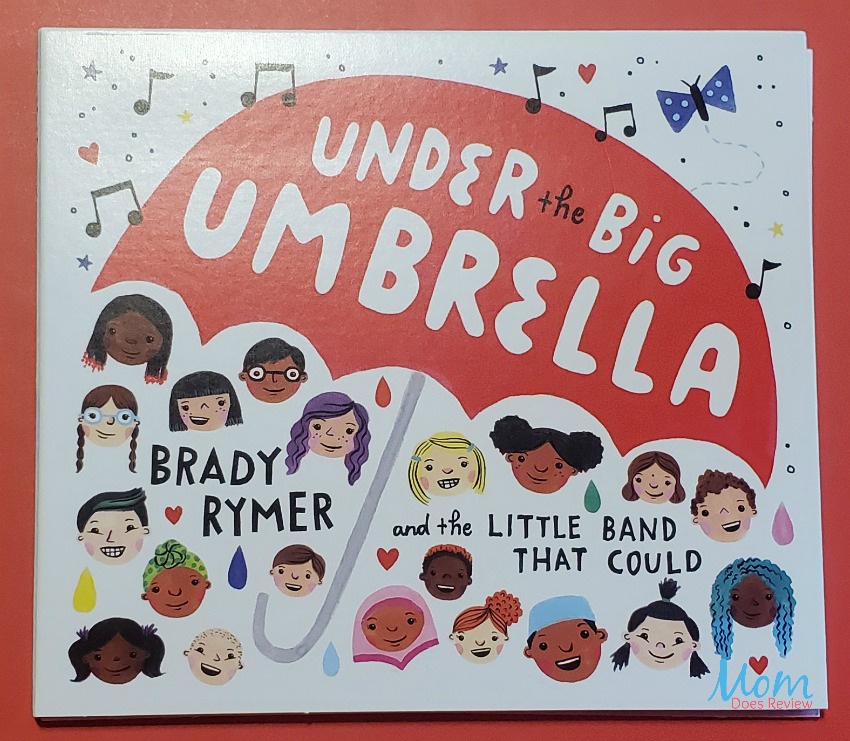 Under the Big Umbrella

This collection of songs include cover songs by the Beatles, Jimmy Cliff, Woody Guthrie, and Diana Ross. Created by songs inspired by students, teachers and families that want to develop a culture of kindness both in schools and in communities. As a parent, I can appreciate the songs that teach children that we don’t need to be afraid of something or someone just because they are different.

My little ones like “Stick Up Stand Up” – they just start wiggling in their seats when it comes on!

Make sure to follow Brady Rymer on social media:

Sean McCollough is a Parent’s Choice Award winner, a children’s radio host, a multi-instrumentalist, and a seasoned performer. He also teaches musicology at the University of Tennessee and is a teaching artist in the schools.

He is, in part, cut from the clothe of the likes of Pete Seeger and John McCutcheon with a passion for American folk music and a desire to play music that brings people together. And he also loves rock ‘n roll, world music, and writing his own songs. 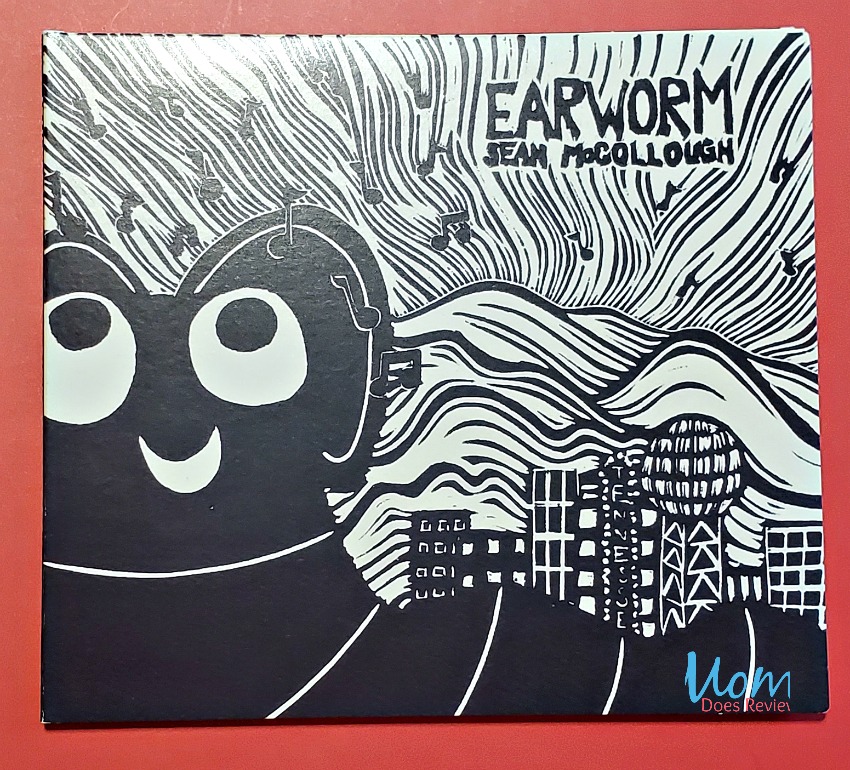 Okay, so we are not talking about actual worms in your ears! An earworm is a silly song that you heard and now can’t get it out of your head. We all are familiar with songs like that!

All 12 songs in the collection are a riot! Let’s talk about getting carsick or having big ears. They are all fun to listen to and they make you laugh which is something we could all use a little more of these days.

My favorite song on the track is Fuzzy Brown Vine (Aka Poison Ivy). Call it my earworm! I have been walking around humming it for days. I am so allergic to poison ivy it isn’t funny. Learning a song about it just might keep me from stumbling over it the next time I am out walking the dogs.

These and other songs can be listened to or even downloaded for free on the website.

Make sure to follow Sean McCollough on social media:

An Oregon-based performer who bridges the worlds of music and ecology by enchanting young audiences with the wonders of nature through her songs. Caregivers can expect a blend of familiar folk children’s songs mixed with original tunes written about what it’s like to grow up in the Pacific Northwest!

With a background performing with the national touring production of hit television show, “Dragon Tales Live,” she’s no stranger to child entertainment! She’s also experienced as a world cruise ship performer, vocalist for Wayne Newton, and member of some of Portland’s prominent bands. Weaving theatrical elements with her song and dance numbers, she encourages kiddos to groove along. Jessa starting writing ecology-based songs with her students for a “Wonders of Nature” class for 5-8 year olds through the local learning center, Village Home. With songs like “The Waltz of Trillium & Ant”, children are educated about simple science concepts like seed dispersal through the living creatures in their neck of the woods! 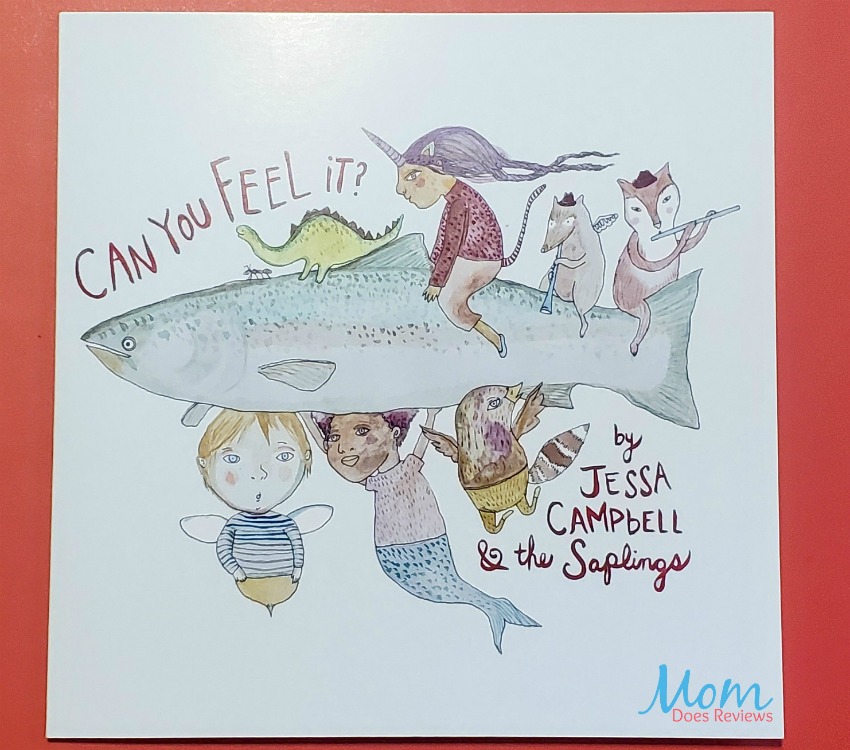 Can You Feel It?

This collection of songs features 10 foot-tapping sing a long tunes. Each tells a story about the wonders of nature woven through folk tunes. I thought the collection was very whimsical and easy for the little ones to understand.

Since this release as not hit the store shelves yet, you can enjoy a sampling of the title track on Jessa Campbell’s website.

Make sure to follow Jessa Campbell & the Saplings on social media: 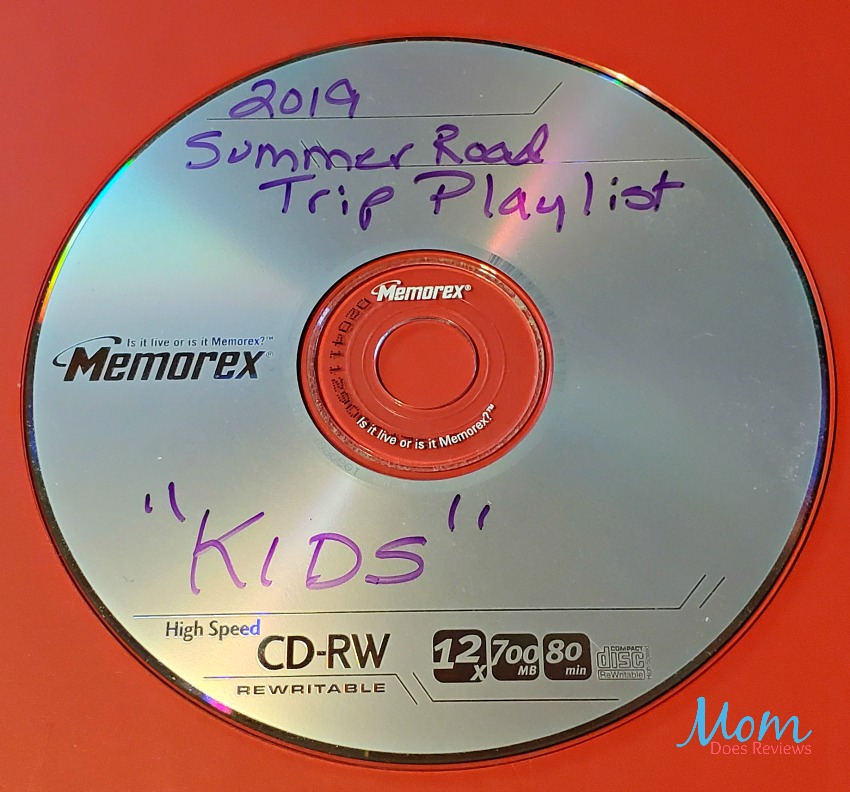 This is a pretty impressive and varied list of songs to keep your little ones entertained. Make sure to create your summer road trip playlist and start packing for those awesome summer trips. Ours is ready to hit the road! Miss Allie approves the new playlist too! We downloaded it to her tablet so she could listen to it any time she wants. 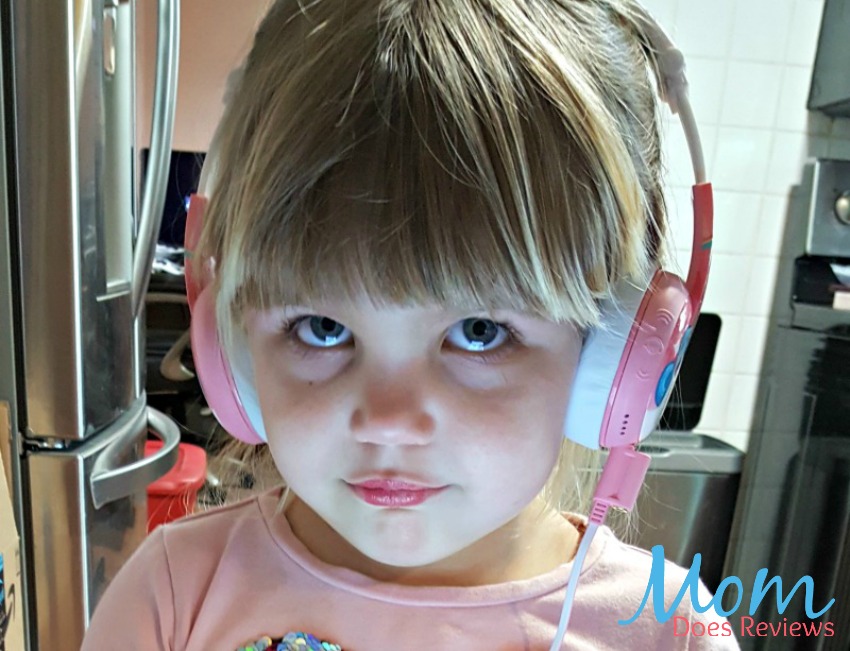 Here is a streaming road trip playlist that includes featured songs you may wish to enjoy. 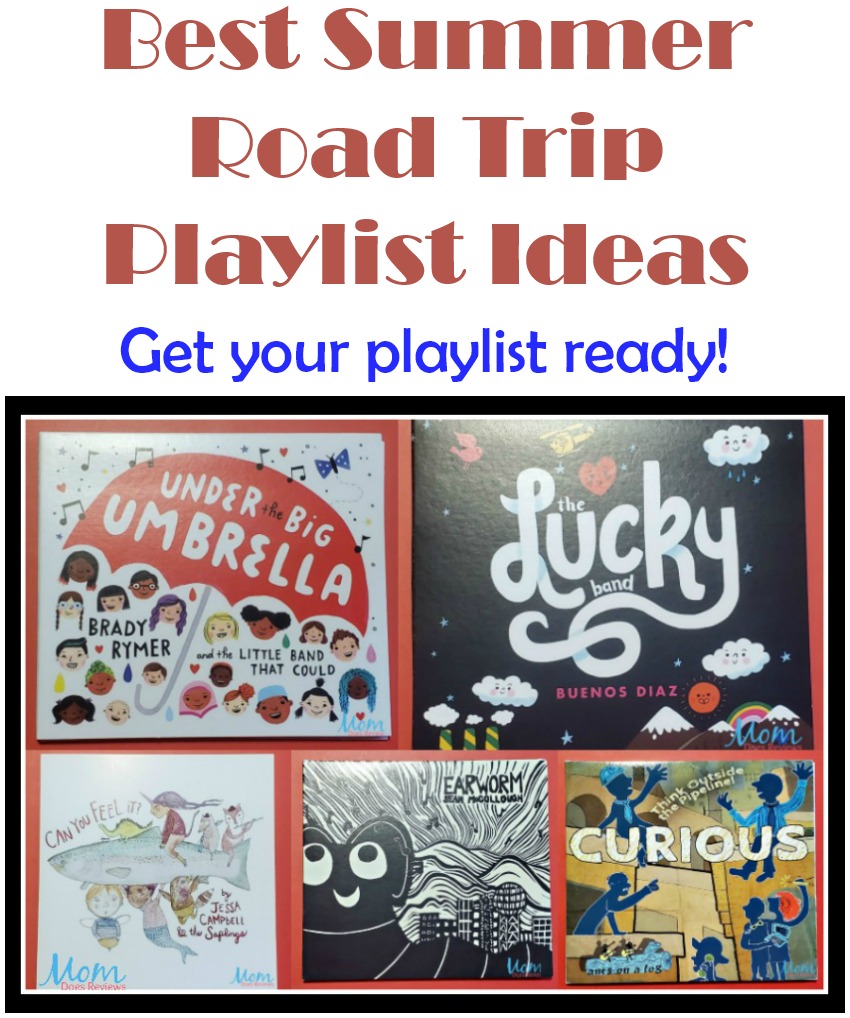 We’ve added all these artists to our Celebrate Summer Fun 2019 Gift Guide! #MDRSummerFun Check it out here! 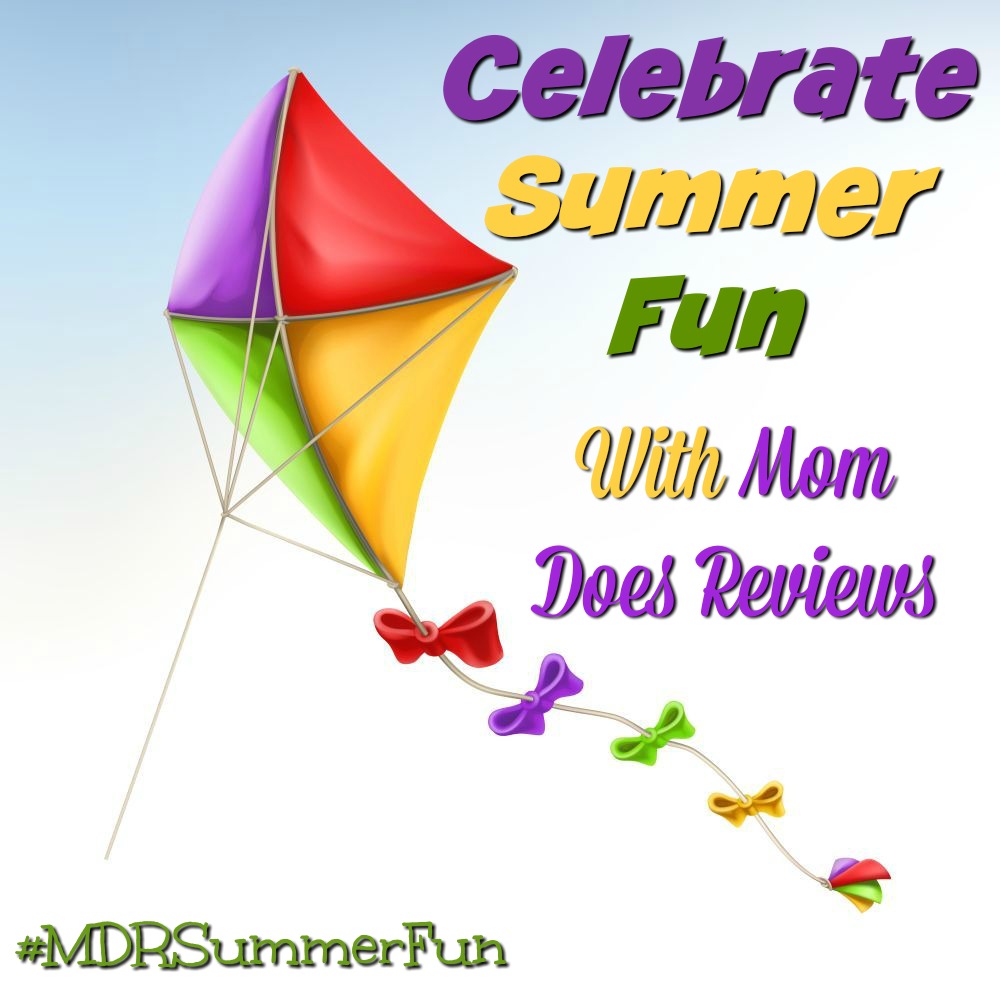