In a world full of technology for every age, it doesn’t take long for screens and devices to take over our daily lives! And they definitely come in handy for education and entertainment! But they can also become glued to our hands so much that we miss out on real life. As a parent, how can you allow your family to enjoy their devices without ignoring the world around them? Let me introduce your home to healthier screen habits with the TechDen. 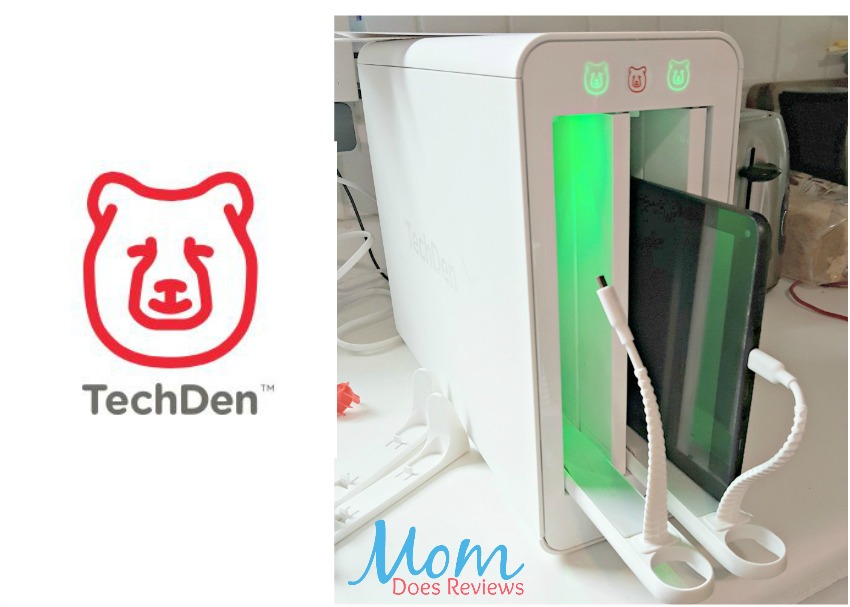 About The Den™ by TechDen

A father’s frustration inspires more family bonding. Device dependency is real, and it hits families hard. One father had experienced enough unhealthy (and unnecessary) conflict in his home. So, he decided to create a unique way to bring balance to relationships with the screens in our lives. His solution, The Den™, increases communication and collaboration, creating a stronger bond between all family members.

Children need, and want, proper boundaries. When kids are involved with TechDen’s scheduling, they have emotional buy-in. So, they’re invested and naturally develop healthy habits. Clear usage boundaries become the norm. And, of course, there’s a reward system that motivates kids, too.

Other apps take a top-down, authoritative approach with negative restrictions, but TechDen develops collaboration. As parents, we’re taking kids along with us in our life journey. Without the right guidance, they’re losing a piece of the human development process. A key to life is balance, and TechDen helps foster that. 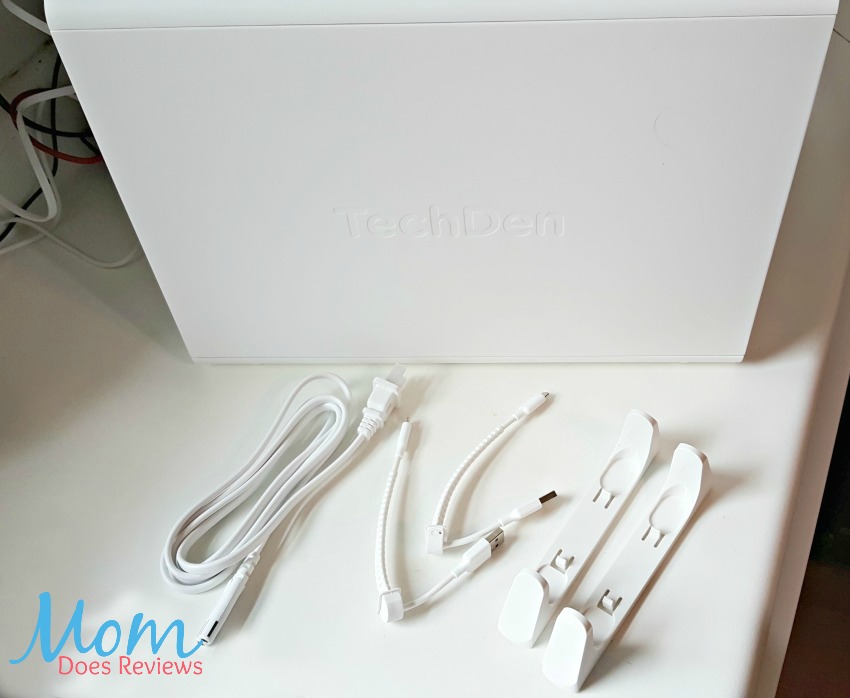 Combining two ways to help develop safe and healthy tech habits for the family. First there is the TechDen which is a physical storage device. It will charge, store, and manage devices such as tablets and phones. The idea is out of sight, out of mind, especially for the younger kids. Second is the app, the TechDen app, which reminds the users how much time they have left. You set the schedule and the app sends a friendly reminder instead of just shutting the device off like some others.

These two pieces work together to provide better habits for the entire family, while also charging and storing their devices.

I know that technology can be overwhelming; it’s everywhere around us! In our homes, cars, schools, and even in public, there seem to be screens everywhere. Don’t get me wrong, I love technology! But in the right place and time, assuming it doesn’t interfere with family time.

No parent wants to be the “bad guy” and be forever taking away phones or tablets because the kids won’t mind the rules. There has to be a better way to help the family learn boundaries and healthy habits, right? That is where you can introduce your home to healthier screen habits with the TechDen! This is really a great two-step system to help limit the amount of time the kids spend on their smart device. 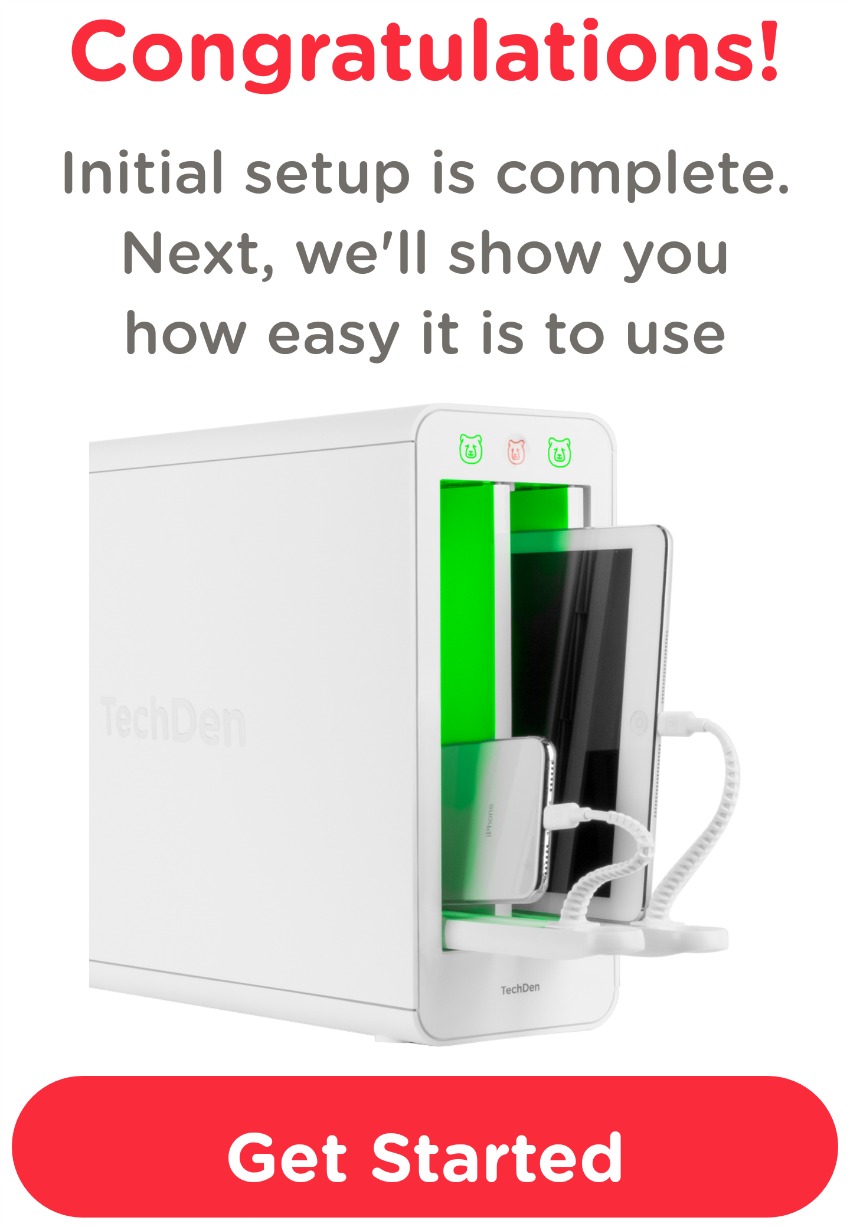 First you set up the actual physical storage device called the TechDen. You can securely store and charge up to 2 devices at a time within the box. It’s a great way to use the “out of sight, out of mind” principal. Plus they are kept safe from being knocked off the counter and they are charged for the next use. It can fit on the counter, desk, or even the bookshelf so it’s not in the way. It “teaches healthy digital habits, establishes boundaries, and creates a positive balance with technology.”

Manage TechDen through app on phone 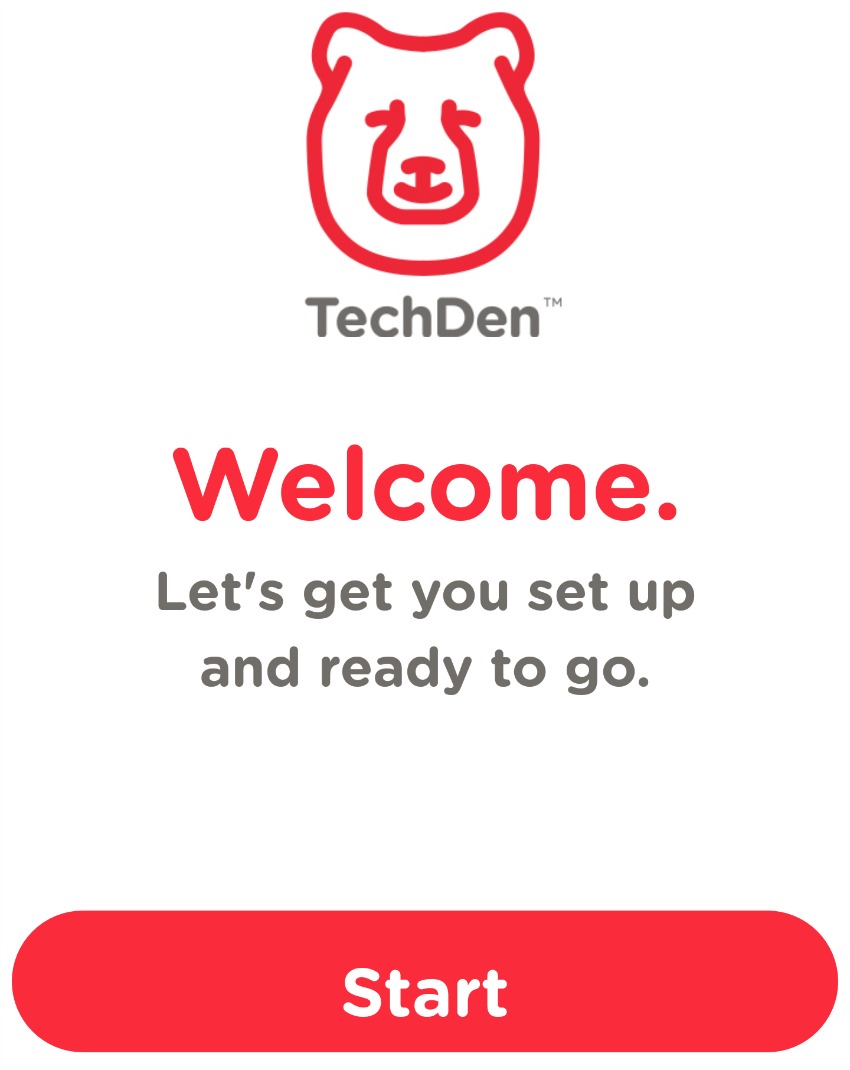 The other piece to the puzzle is the app, called the TechDen app and TechDen Jr app. These apps are meant to help establish a schedule, provide gentle time limit reminders, and set up a goal & reward system. The TechDen app is installed on the parent’s device. You can monitor and access multiple devices, establish schedules, and set up a goal & reward system for each family member. The TechDen Jr app delivers those gentle time reminders to the selected device. It also provides the goals and progress reports so the user knows where they stand. 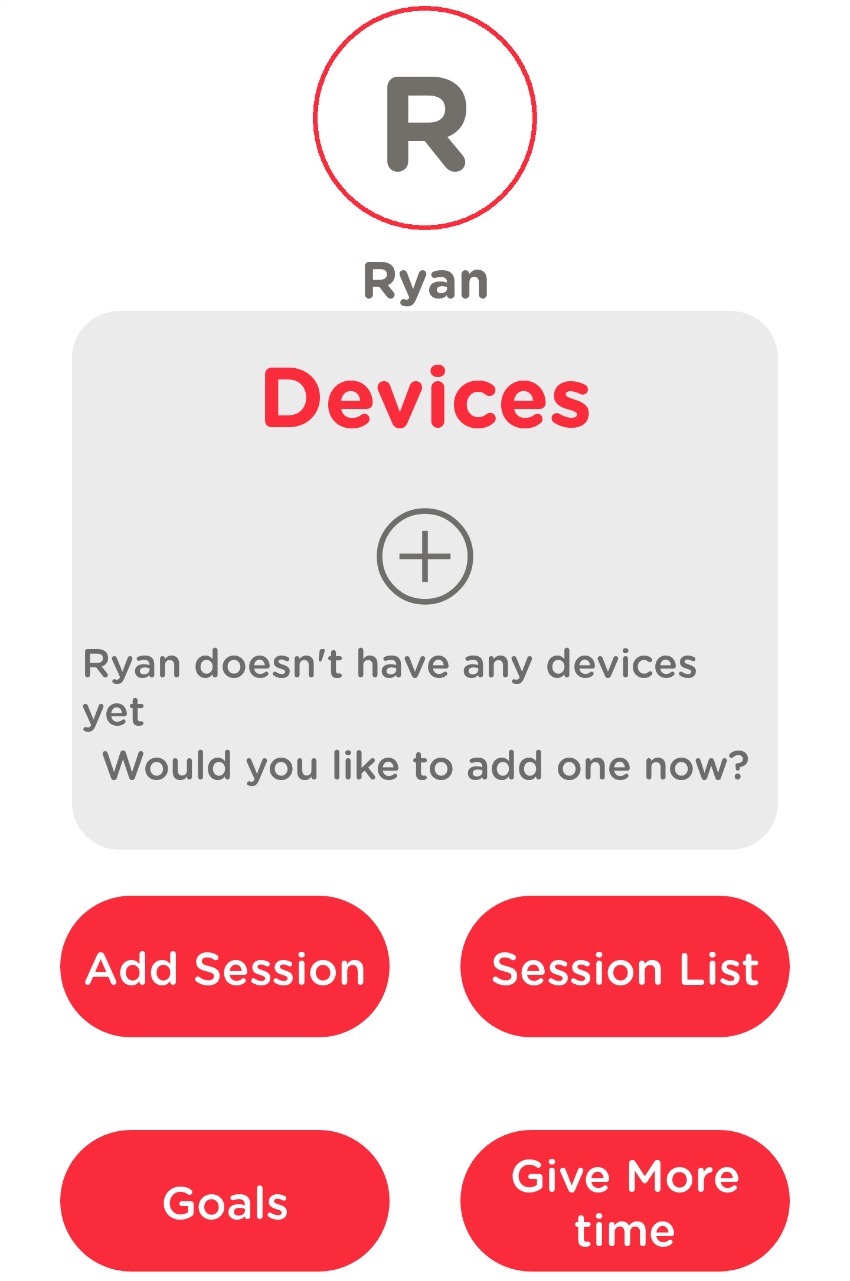 The reminders appear at 10 and 5 minutes remaining, then a final reminder to return the device to the TechDen. It does not shut the device off, but allows the user to be responsible for their actions. This way they can develop a routine and build healthy habits which create a more responsible way to manage technology. And if the device is not returned at the scheduled time, then an alert is sent to the parent’s device so they are aware. This way there can be constructive and immediate feedback from adult to child instead of finding out later and trying to correct it then.

Parents can also set a reward system with pre-assigned goals for the device being returned to the TechDen on time. And once the goal is met, the reward can be handed out, depending on what was agreed upon as a family. This creative solution provides a good option for the entire family in order to teach and manage healthy tech habits. Depending on the settings and rewards needed to use a device, the doors of the TechDen will not open with you over riding it on the parent app. 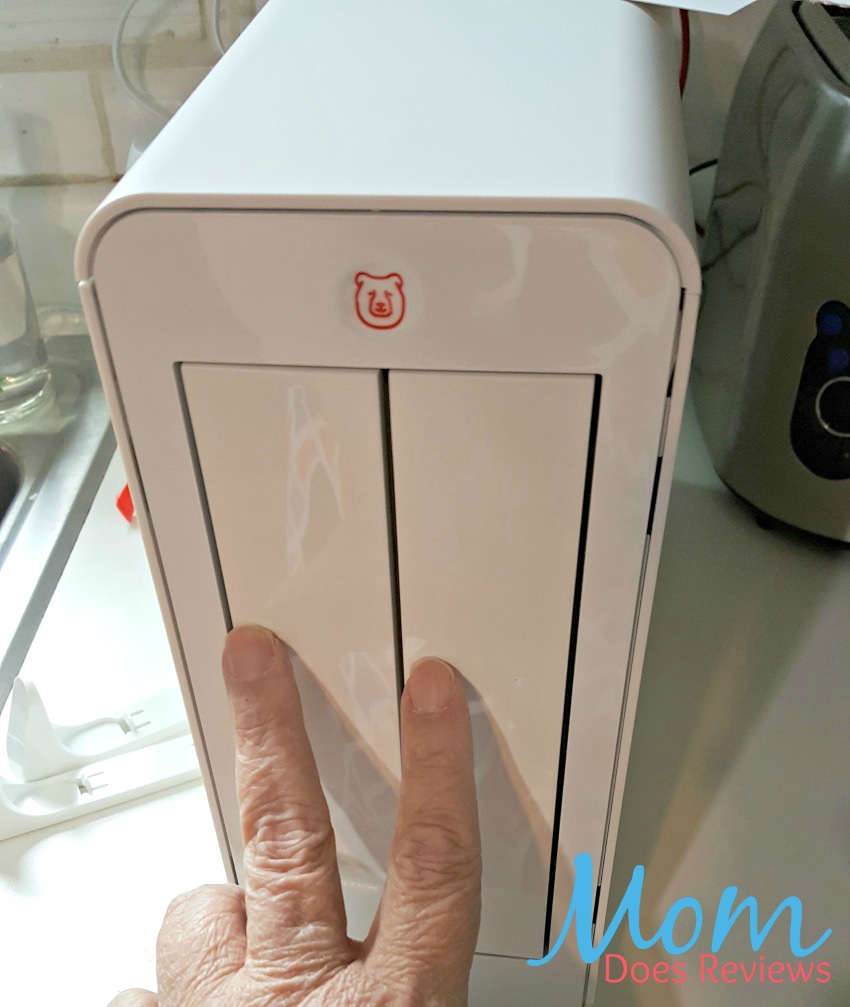 But when it is time or the reward level has been earned to have tablet time, the doors will open when the button it tapped. 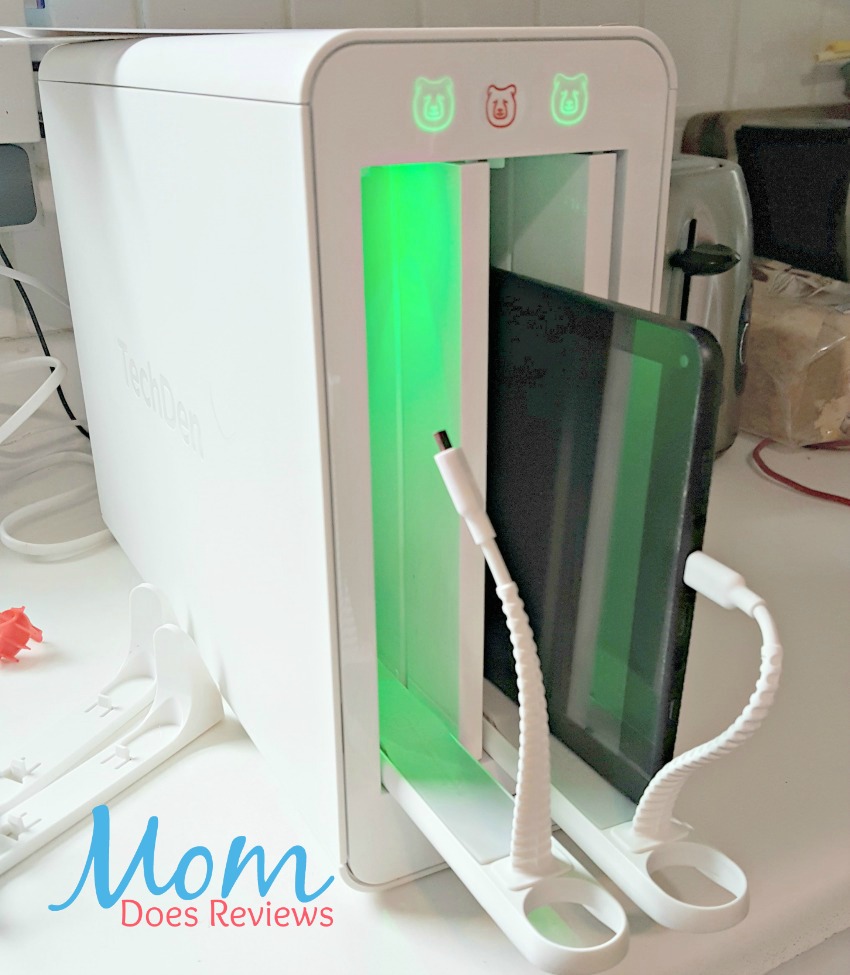 Since using the TechDen, our family has been enjoying the evenings together and the little ones have been “caught” doing things together instead of having their face in their tablet. 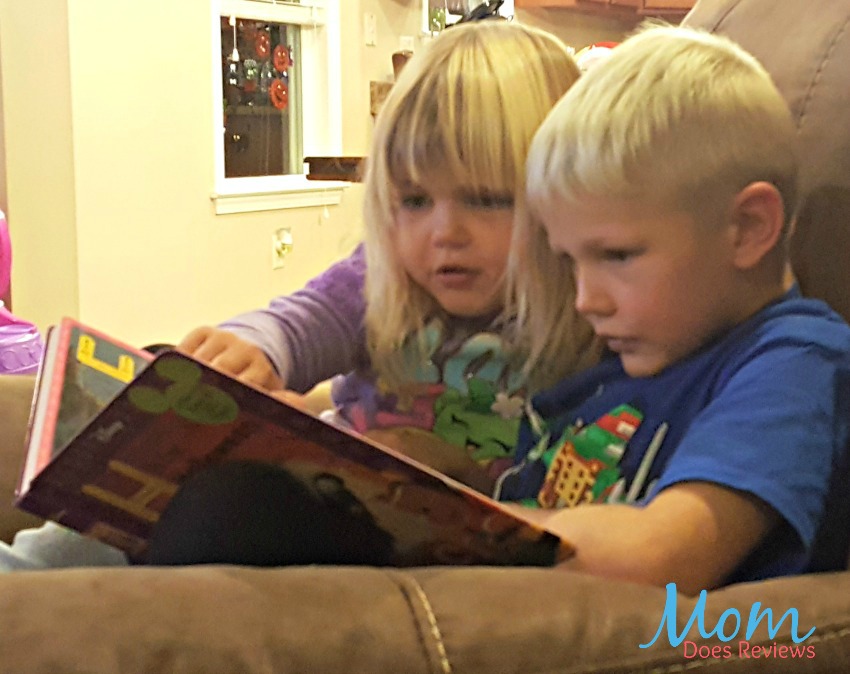 We have also enjoyed the interactions and challenges of daily life including toddler meltdowns when having to share the now favorite toy. 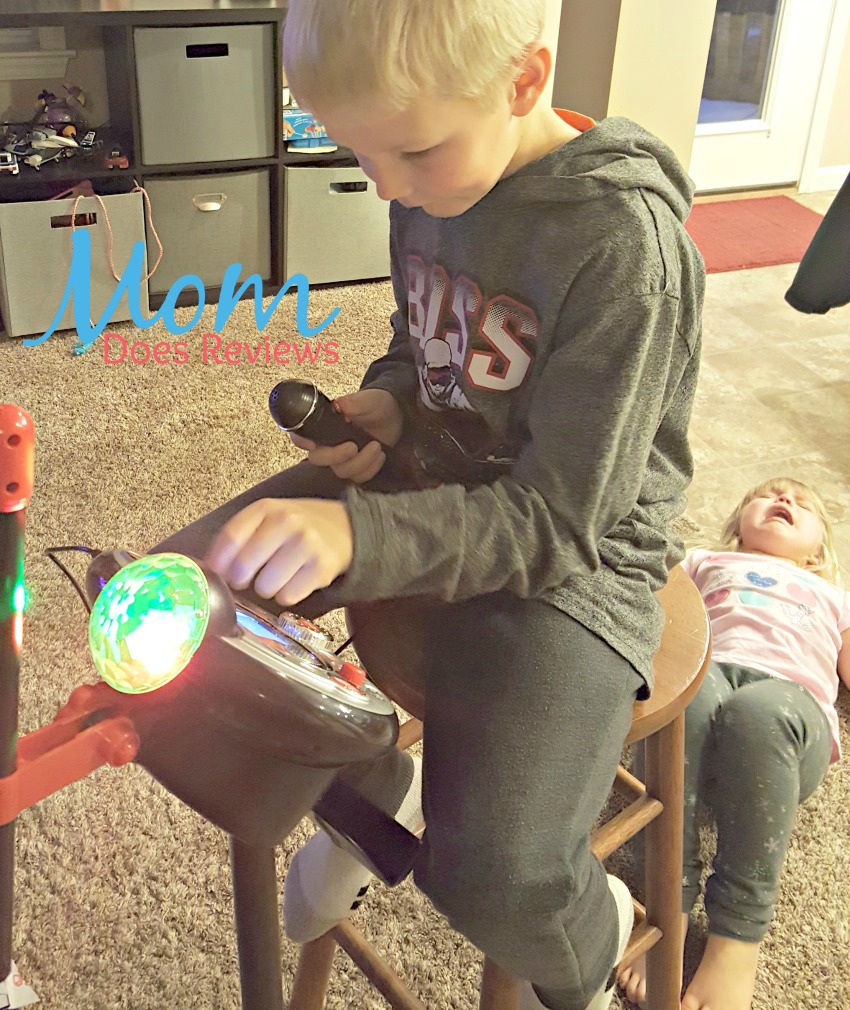 The TechDen is a great way for family’s to work together in order to teach balance between life and tech time. Instead of confrontations between parent and child, simple reminders allow them to be responsible themselves. And the app sends a notice to the parent if they need to address an issue as it happens, not later. Set up is simple by following the easy to read instructions! Make sure you introduce your home to healthier screen habits with the TechDen. 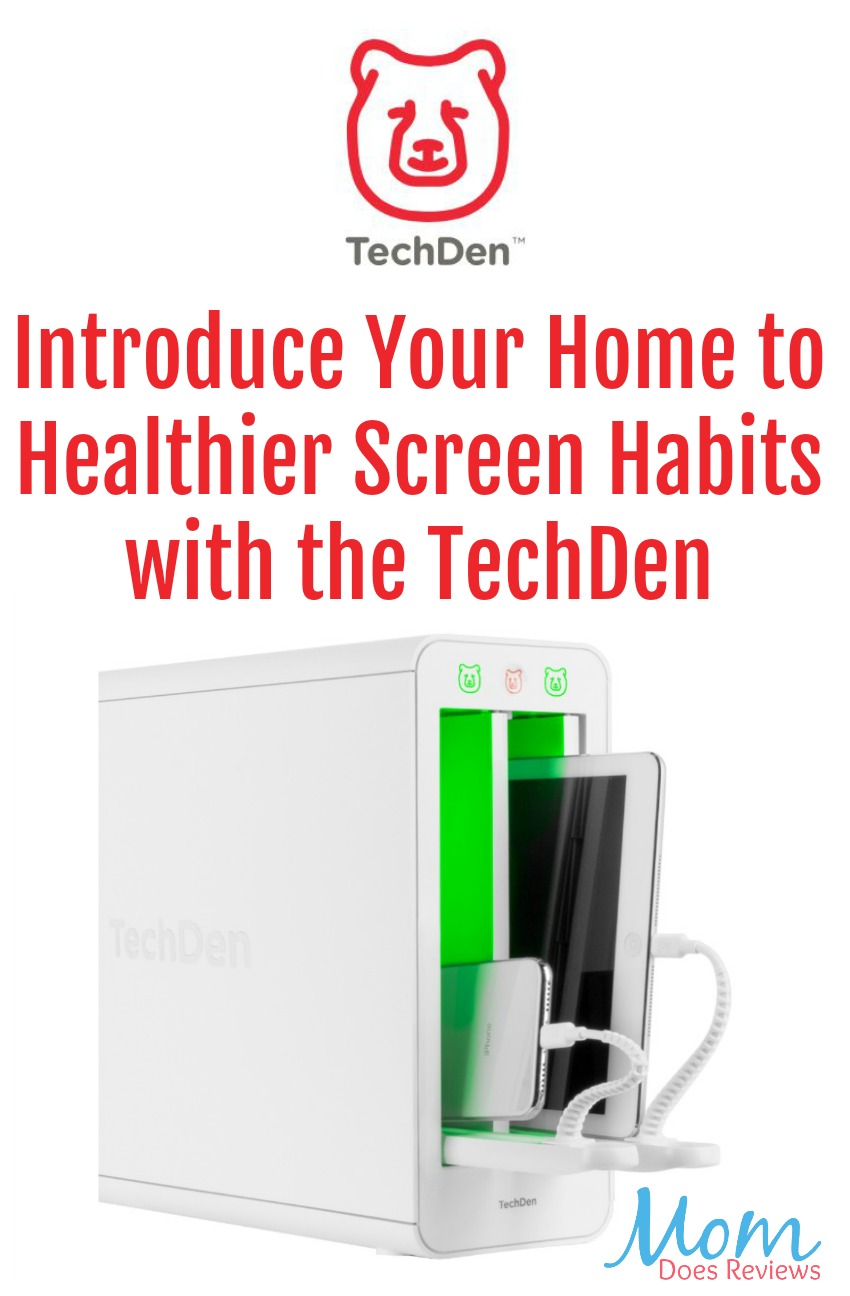 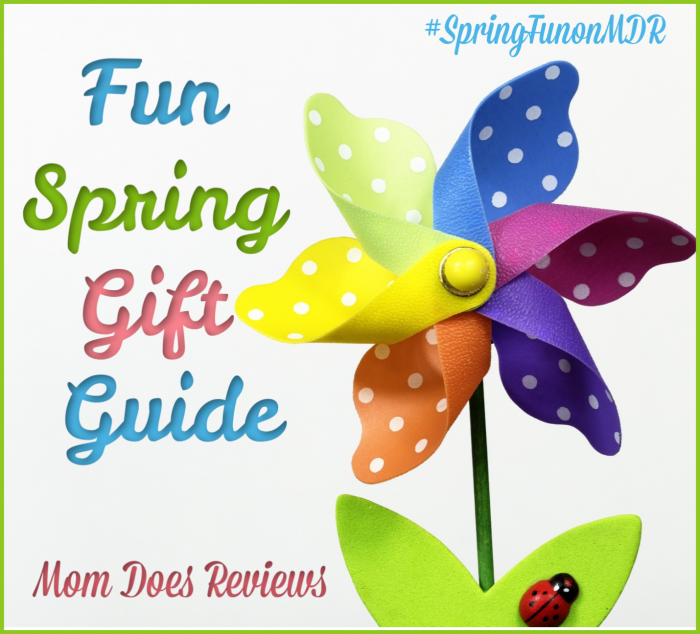 Win a Set of Choice PeachSkinSheets
.