He’s a whole new speed of hero. Watch the new trailer for Sonic The Hedgehog, in theaters this November. 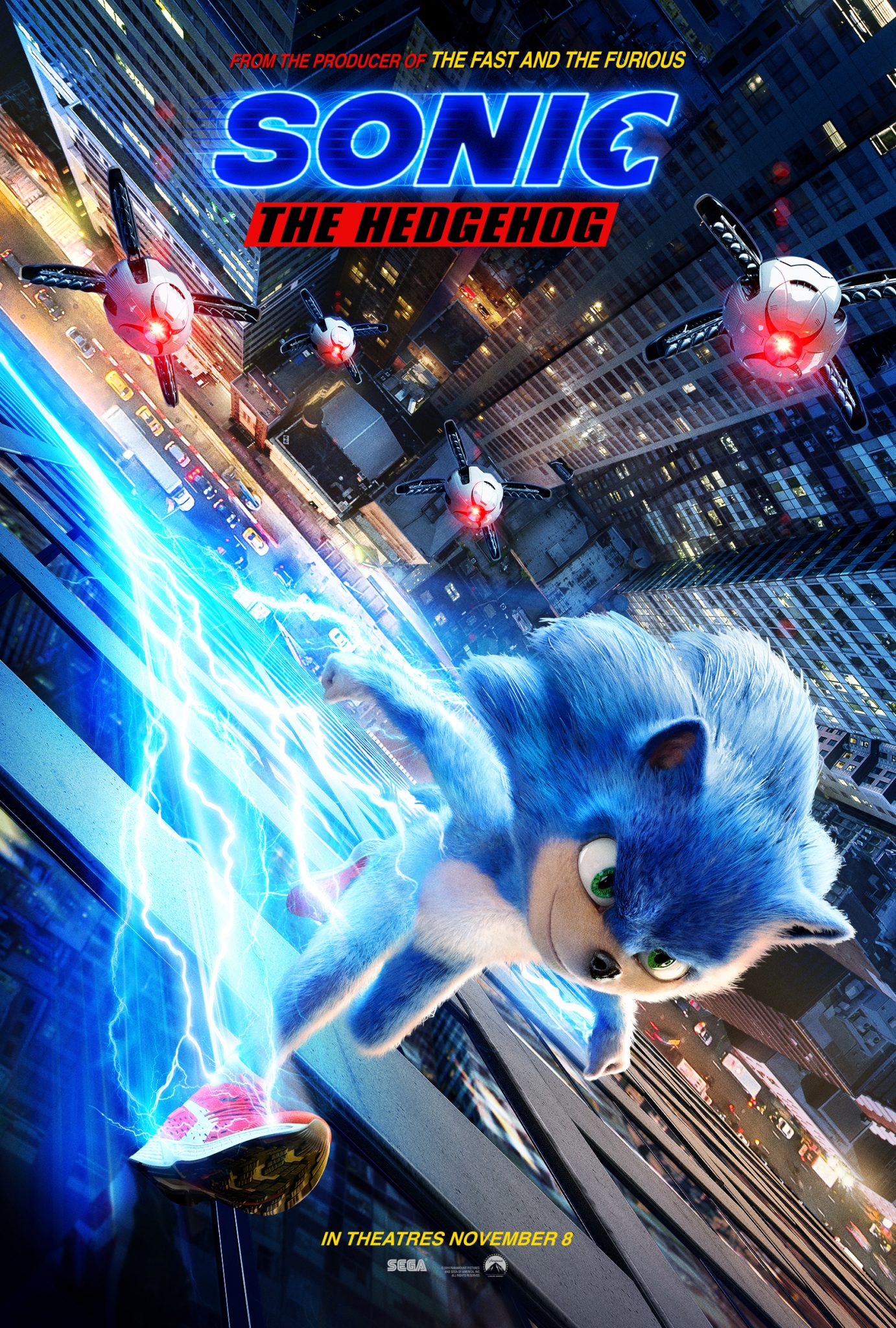 SONIC THE HEDGEHOG is a live-action adventure comedy based on the global blockbuster videogame franchise from Sega that centers on the infamously brash bright blue hedgehog. The film follows the (mis)adventures of Sonic as he navigates the complexities of life on Earth with his newfound – human – best friend Tom Wachowski (James Marsden). Sonic and Tom join forces to try and stop the villainous Dr. Robotnik (Jim Carrey) from capturing Sonic and using his immense powers for world domination. The film also stars Tika Sumpter and Ben Schwartz as the voice of Sonic.

My son was a Sonic fan for years when he was younger!  He even named one of his turtles Sonic!  He had a collection of Sonic T-shirts, action figures and even trading cards.  In fact, one of the Sonic posters is still hanging inside his closet!

Sonic was fast and my son wanted to be even faster!  He was upset that we couldn’t find any Sonic Sneakers so he could run just as fast!  Gotta love kids’ imagination.

Is your family a SONIC fan?  Let us know in the comments below!