This post is in partnership with Paramount Pictures, all opinions are 100% my own.

Are YOU ready for the highly anticipated must-see family movies of the spring- Wonder Park?

The characters are so fun, it ‘s hard for me to pick a favorite.  Be sure to pay special attention to Gus & Cooper (Kenan Thompson and Ken Jeong), Wonder Park’s beaver brother duo that can fix ANYTHING (even a bad mood!) This duo is the positivity glue that keeps Wonder Park amazingly adventurous, even when things go wrong.  It’s no fun having an imagination that doesn’t come with a silver lining.  The beavers help June to think positive – a failed mission is not the end of the world. Their “look at the bright side” attitude is what we all need more of!

I don’t know about you, but I can hardly wait!  Even my 16 year-old is excited to see Wonder Park.  He is in Willy Wonka and the Chocolate Factory High School play this year.  One of the song’s he has to perform is “Think Positive”.   He mentioned right away that his song is perfect for Wonder Park! This movie is all all about how with your imagination, you can achieve anything you believe.  Willy Wonka has a similar theme. 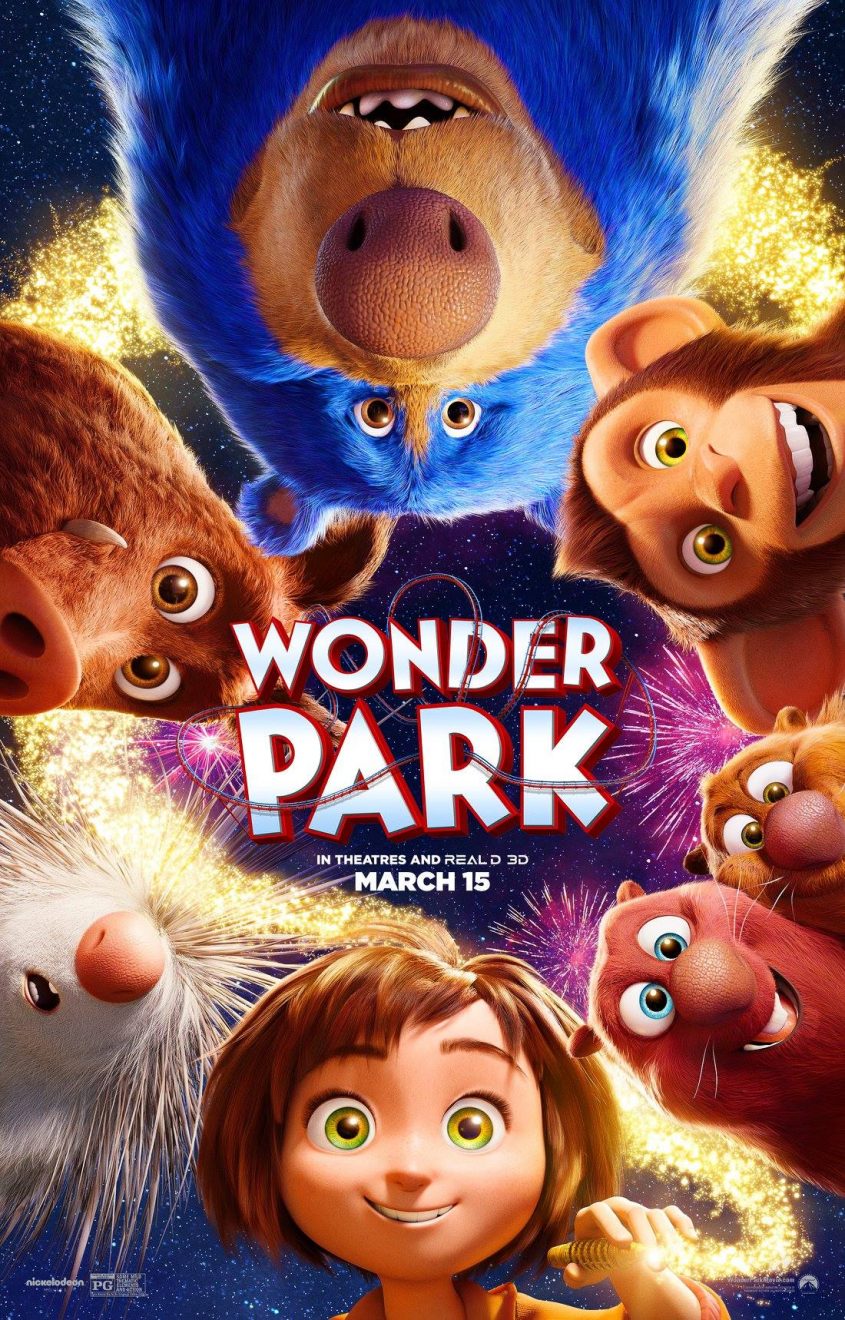 Wonder Park tells the story of a magnificent amusement park where the imagination of a wildly creative girl named June comes alive. One magical day, June is running through the woods to find her way home where she discovers an old rollercoaster car and climbs inside. She suddenly finds herself in Wonderland, an amusement park she had created in her mind and put aside. All of her rides and characters are brought to life but are falling into disarray without her. Now, with the help of her fun and lovable park characters, June will have to put the wonder back in Wonderland before it is lost forever.

Who do you think will be your favorite character in Wonder Park?  Let us know in the comments below.