We recently received a movie projector and decided to have our Star Wars Movie Night OUTSIDE!!  The load of goodies we received to make our movie night extra special, are the perfect gifts for any of your Star Wars Fans Friends!  From the Chewie Blanket, to the Chewie Masks and all the fun games, the night was very memorable.  I think my favorite part was my hubby wearing the Blanket and the mask and scaring our border collie.  We couldn’t stop laughing!

Check out all the fun items we received below.  Most are available at Amazon, so add them to your wish list! 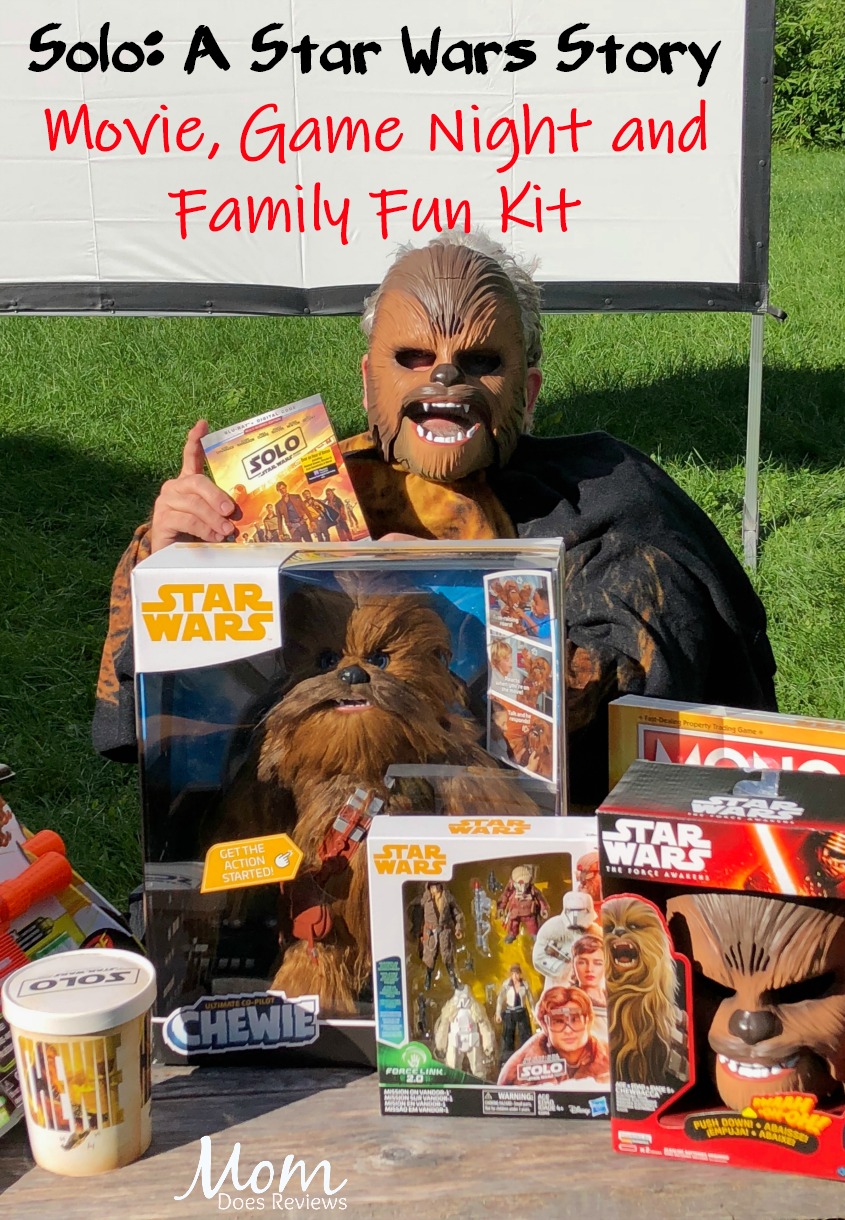 Chewie Pillow – This fun pillow is a keeper!  In face, our border collie pup likes it so much, he is keeping this pillow all to himself!  He snuggles with it on the couch and it doesn’t show any dog hair!

Chewie Blanket – My son loves this blanket.  It’s like a backwards snuggie.  He’s always cold so it will come in handy on those cool nights when we are watching movies.

Popcorn Tub – You can’t have a movie night without popcorn! There’s buttered and caramel popcorn in the tub.  I confess, I ate all the caramel popcorn, shhh, don’t tell the boys. 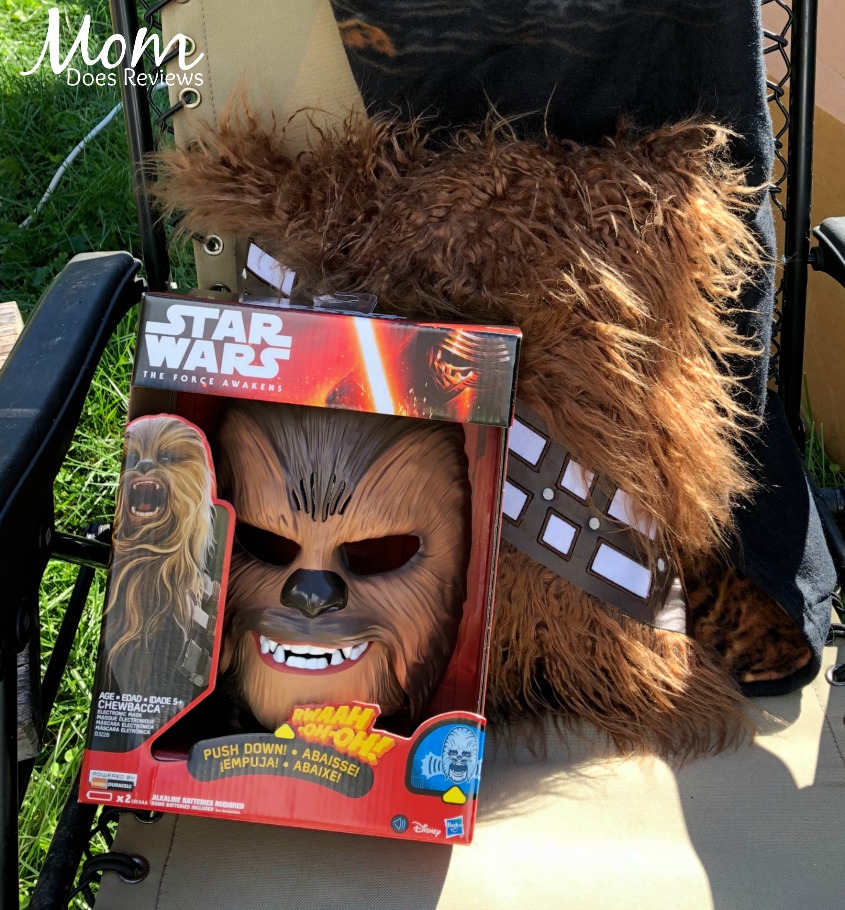 Ultimate Co-Pilot Chewbacca– this toy is very cool! He does a lot of things but we had a lot of fun talking to him in the Wookiee Language. He also reacts whenever he’s in motion.  Interactive plush Chewie figure is the ultimate sidekick for kids who love imagining their own intergalactic adventures.

Solo Home Entertainment Figure 4-Pack – These figures include movie inspired accessories and design. If your kids have their FORCE LINK wearable technology, and pick up and of the 4 movie-inspired figures, they can activate authentic figure phrases and sounds.

Chewbacca Masks –  If you want to sound and look like Chewbacca – this is a toy for you! When you open your mouth slightly you will  hear Chewbacca roar. Open it wider, and the roar gets louder!  We had so much fun with these.  Our border collie was a little spooked by them, I tried not to scar him for life. 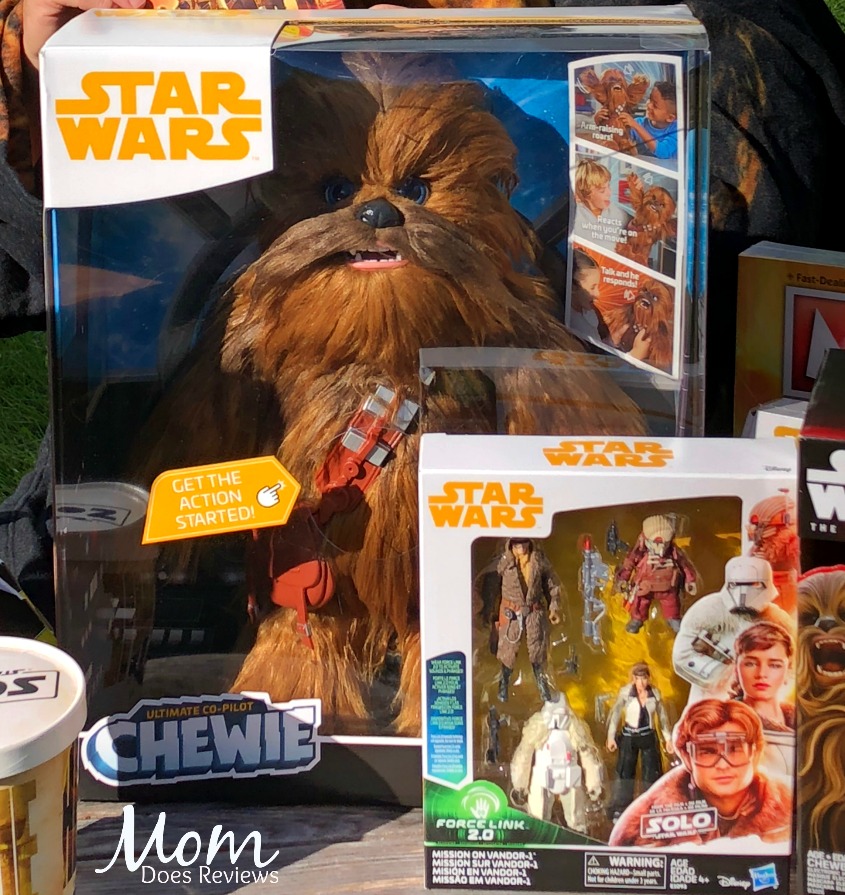 Han Solo Nerf Blasters – This has GlowStrike technology for light effects and glow-in-the-dark darts! My son had a few friends over and they had a great time with them.  You are never to old for Nerf Blasters!

Han Solo Monopoly– this isn’t your typical Monopoly Game! Star Wars version of the classic Monopoly game where players explore the galaxy with Han Solo and his group of fellow smugglers.  It works like the Fast-Dealing Property Trading Game but with hideouts and facilities.  Another great game that will keep your family playing for hours! 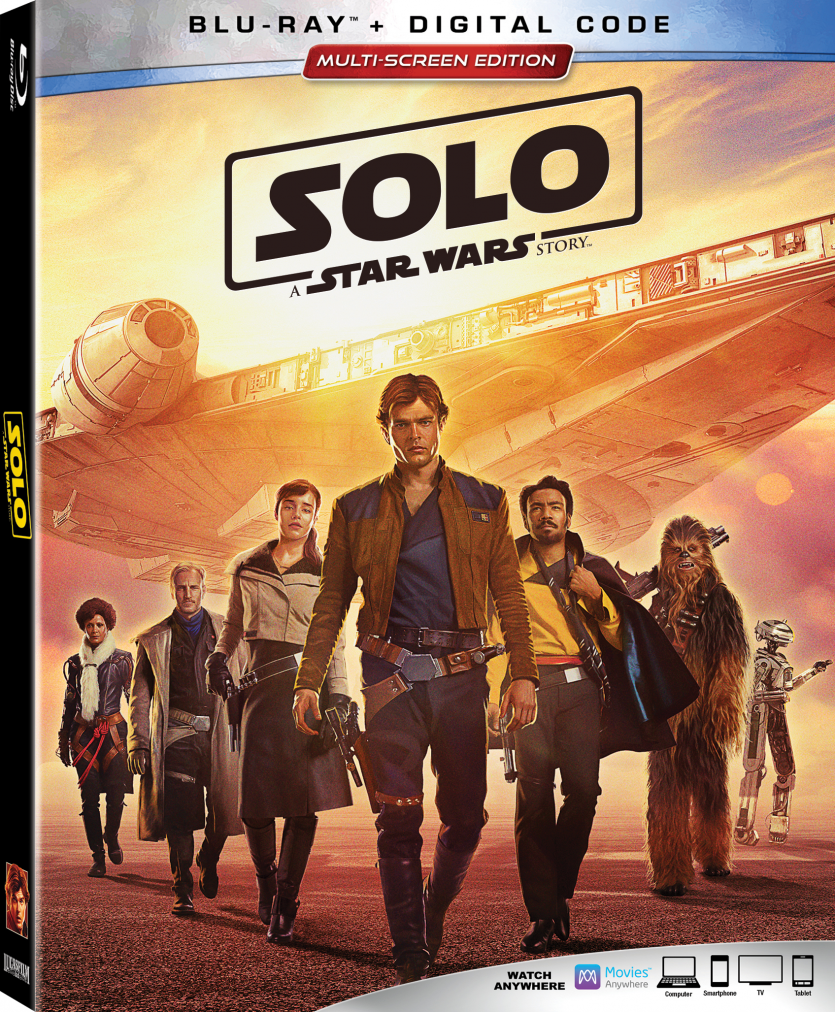 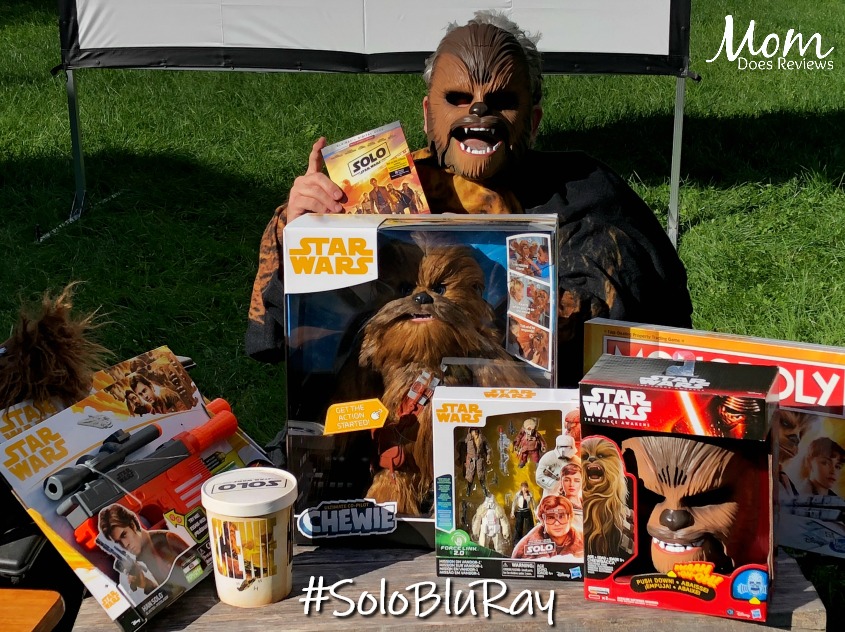 “Solo: A Star Wars Story” bonus content takes fans behind the scenes to experience compelling discussions with the star-studded cast and screenwriters Jonathan Kasdan & Lawrence Kasdan (writer of Star Wars: The Empire Strikes Back and Star Wars: Return of the Jedi); a revealing feature on Chewie and his enduring friendship with Han; a close-up look at the original version of the Millennium Falcon and Han’s first time piloting the infamous ship; the creation of the film’s otherworldly settings and pulse-pounding action sequences; and eight never-before-seen deleted and extended scenes.

We had a great time watching Solo: A Star Wars Story and fooling around with all the games.  You never knew if you were going to get hit by the Nerf Blaster or scared by a Chewie Mask!

Which product is your favorite?  Let us know in the comments below!

We have added these Solo: A Star Wars Story products to our Christmas Gift Guide HERE.