Wrestling a feisty one year old for diaper changes had become a workout or team effort with Kaylee lately. She either kicks her legs as I try to change her or she bucks, twists, and tries to crawl away. Some days we have to have two people to change her. One to hold her still and one to change her diaper. Getting clothes on her has become a battle too. With Magnetic Me baby clothing diaper changes and outfit changes is a little easier.

After struggling to put a Velcro bib on her nephew and then seeing him cry from the Velcro ripping out his fine baby hair, Lauren thought, “why not a magnet which would be more gentle and fasten itself?” Two years later, after vigorous research and development, Magnificent Baby® came to market with a full line of infant’s wear to critical acclaim. Lifelong college friends, Lauren & Lawrence left corporate America with the single goal of making life easier for as many parents and babies as possible. Compliments heard most often: “Why didn’t I think of that?” “I wish I had that when my son/daughter was little,” And, “does it come in my size?” 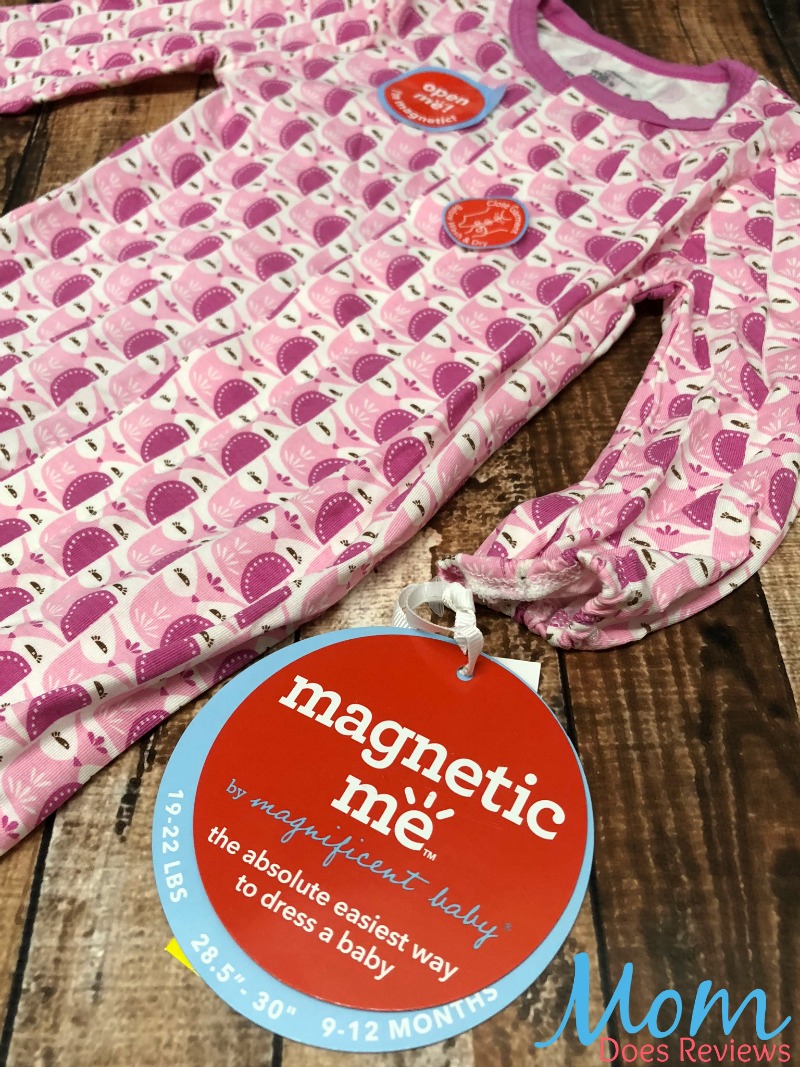 Kaylee is not a fan of wearing clothes which makes changing her outfits difficult sometimes. Two piece outfits are the worst to do. She will not hold still unless I catch her off guard or have someone hold her for me while I dress her. She likes the way the outfits from Magnetic Me feels so I let her cuddle it before I put it on her. I just had to slip her legs in it and pull it up on her and she was dressed. The magnetic fasteners are super easy and didn’t require a lot of time even with a squirmy toddler. 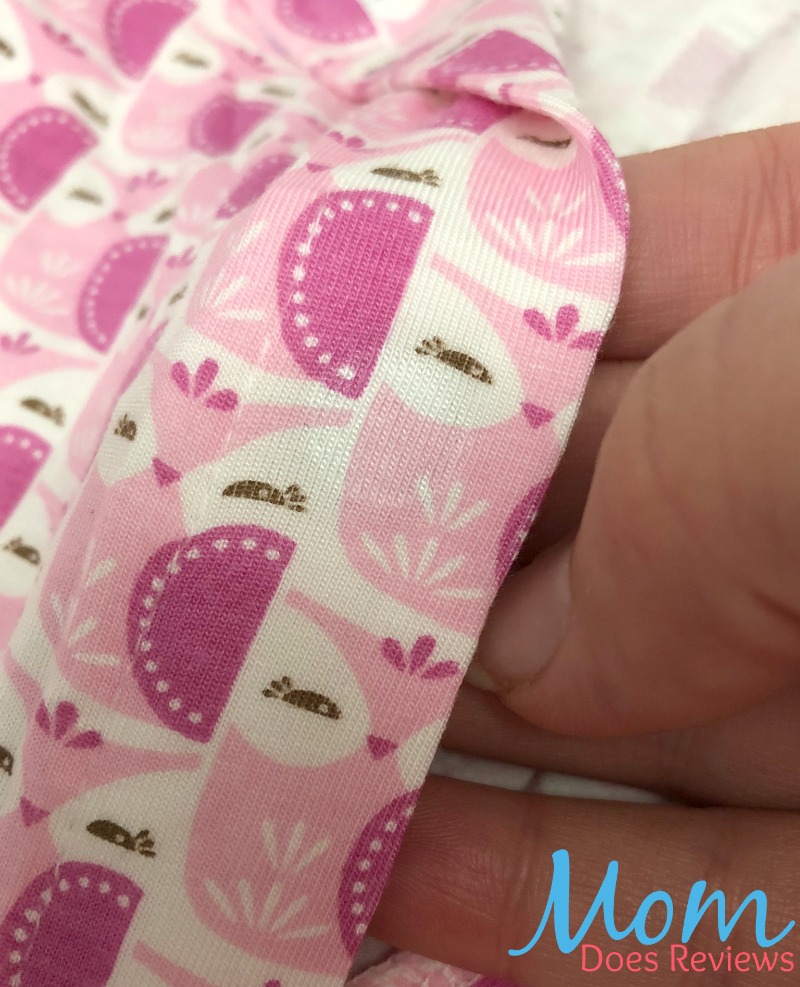 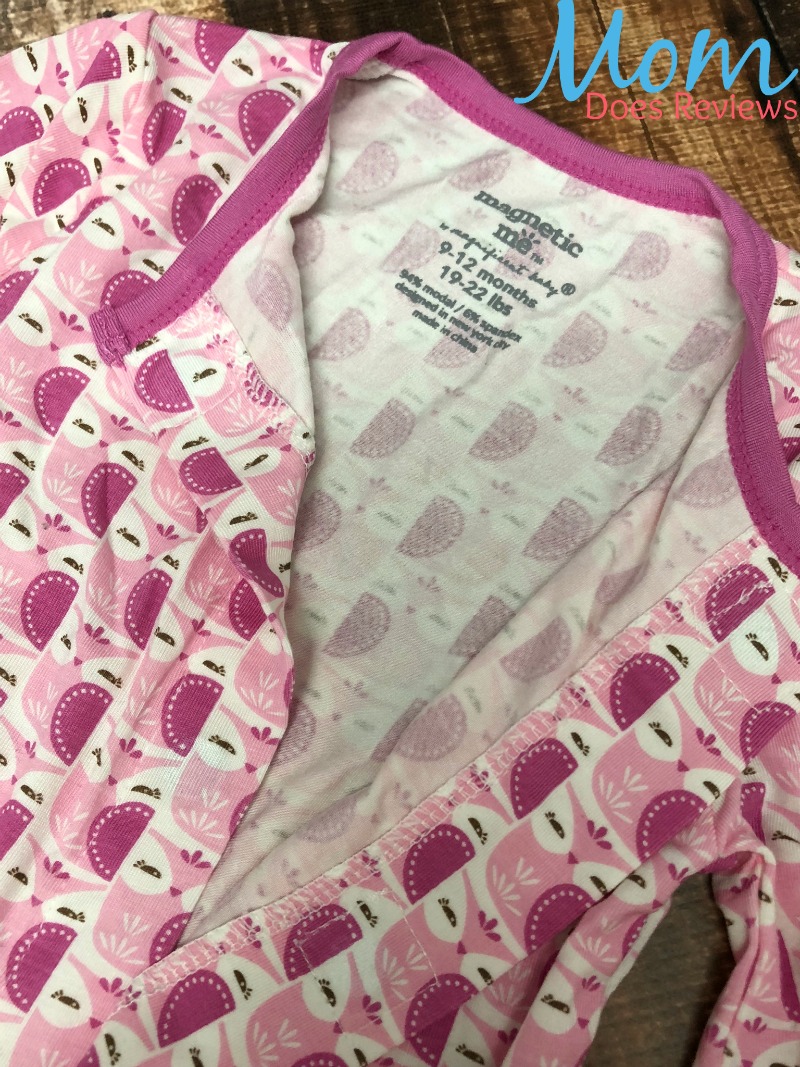 The magnets are pretty strong and pull together nicely. I ordered the 9-12 months size and with her little belly she has a tiny gap sometimes between the magnets when she sits. I ordered the dancing pink elephants footie set and the mod owls coverall. They both are adorable on her for both sleep and play. The clothes from Magnetic Me makes changes a breeze. Once we put Kaylee in it, the outfit pretty much does the rest thanks to the pull of the magnets. There is extra stitching around the magnets so I’m not concerned about the magnets coming out of the outfit. 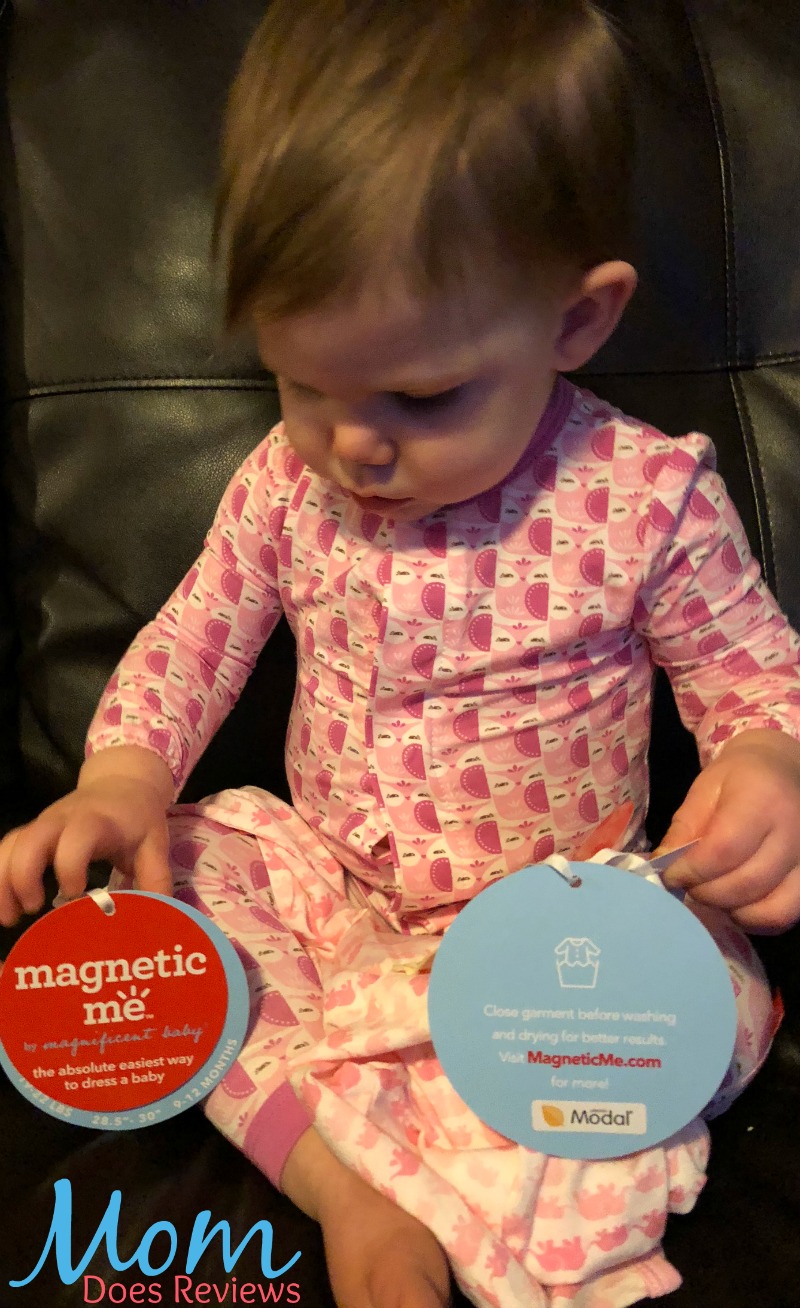 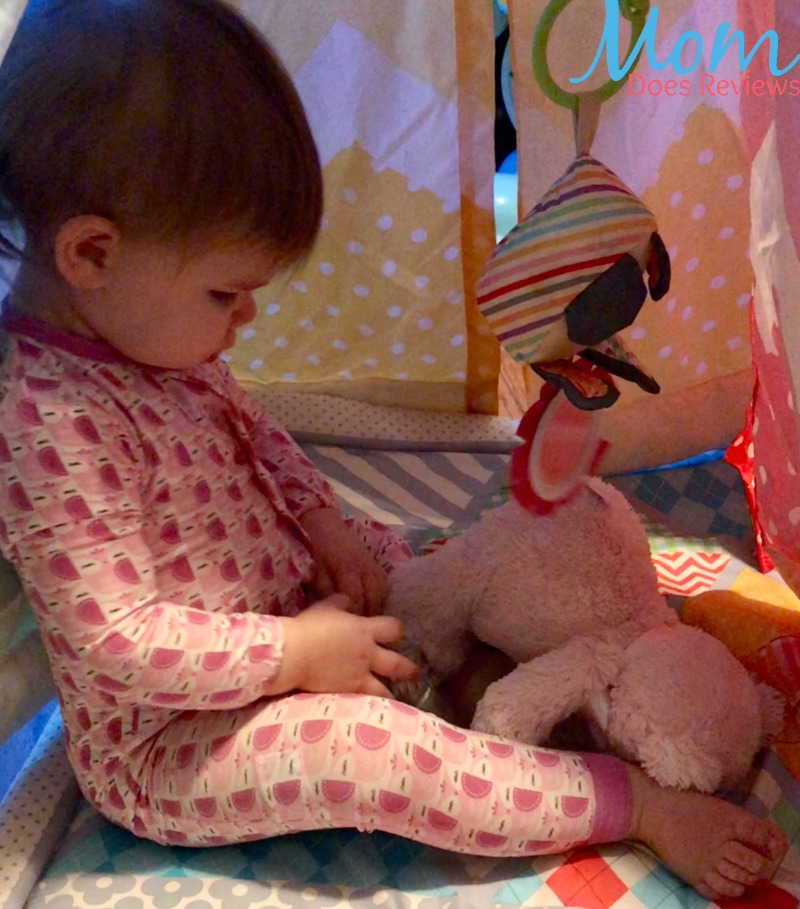 The Magnetic Me outfits are available in many designs and colors for both boys and girls. You can find more at magneticme.com. You can also find Magnetic Me on social media: 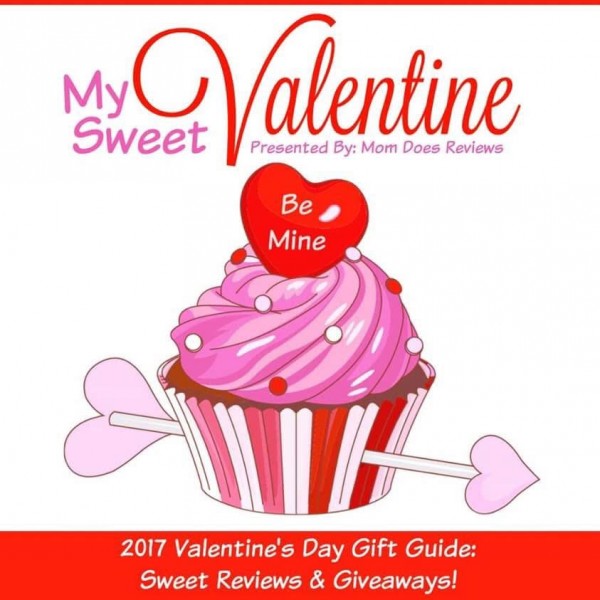 This post is a part of the Valentine’s Day gift guide, you can find more gift ideas here.