The 9/11 Movie supplied these materials to me for purposes of this post. All opinions are 100% my own. 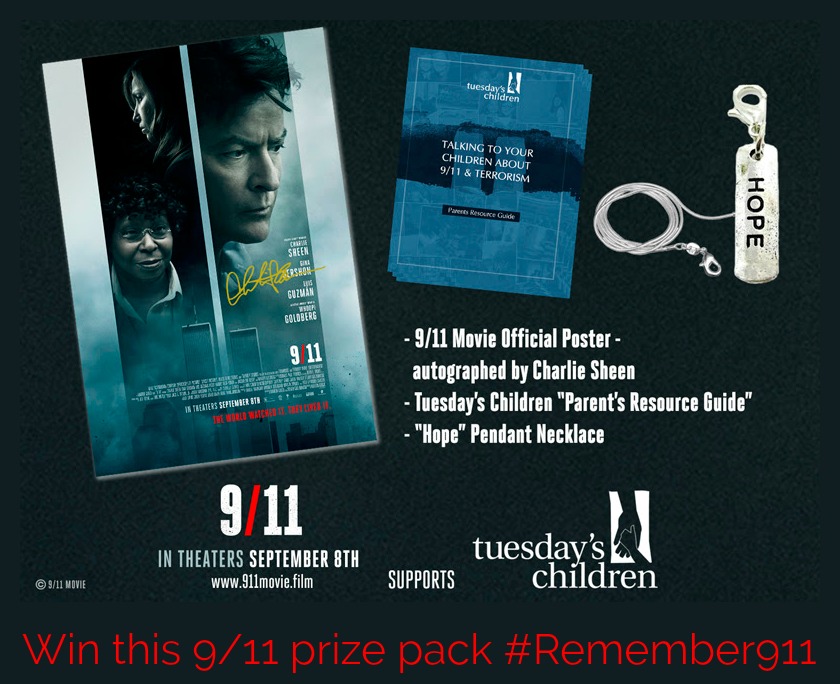 I would like to introduce you to an awe-inspiring film starring Charlie Sheen and Whoopi Goldberg titled 9/11, based on the original play, The Elevator, that centers on the events of September 11, 2001.

No matter who you are or where you were, that moment and the aftermath is indelibly etched in everyone’s mind. I was physically too close to the horrors of that day.  I was in Newark, NJ doing training for my applications job.  I remember calling my hubby who was at home at the time, and telling him to turn on the TV.  He watched the horror unfold for hours.  Thank the good Lord that I had a rental car.  I was able to drive from Newark to New Hampshire in record time- no one was on the roads.  It was one of the scariest days of my life!

The film 9/11 is based on a true story and chronicles the lives of five average, everyday people who find themselves trapped in an elevator during the events of 9/11 in the World Trade Center.

In the World Trade Center, a billionaire sits in his attorney’s office awaiting a divorce hearing against his wife. In a west side apartment, a bike messenger kisses his 5-year old daughter and sings her “Happy Birthday” before leaving for work. A maintenance man gets dispatched to help a tenant with his lock. In an upper east side apartment, a young model musters the courage to break up with her sugar daddy. As random as random can be, these individuals step into a crowded World Trade Center elevator.

Wrapped up in their own world, they all ride silently hearing only the sound of the elevator giving notice of each floor. When the elevator stops on the 34th floor, it empties leaving only these five behind. Moments later … their world changes as the collision of a jet into the North Tower incapacitates the elevator.

With no understanding of what has happened and is happening around them, these fives are forced to band together and fight against all odds to escape from the impending horrific collapse. During these critical minutes, a story of courage, faith, and the will to live unfolds.

To make it easier- here is a tweet you can just retweet to help pay tribute to all those we lost and who’s lives were changed forever: 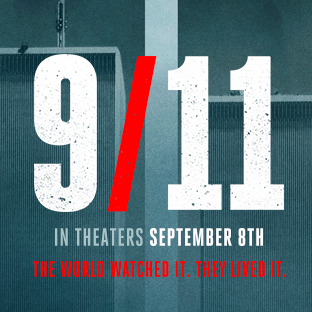 Theses prizes are provided by the 9/11 Movie.

The giveaway is open to US only, ages 18+

The prize will be sent via FedEx or USPS. No P.O. Boxes please.