Who else is excited about DESPICABLE ME 3??

DESPICABLE ME 3 – In Theaters June 30

Illumination, who brought moviegoers Despicable Me and the biggest animated hits of 2013 and 2015, Despicable Me 2 and Minions, continues the story of Gru, Lucy, their adorable daughters—Margo, Edith and Agnes—and the Minions in Despicable Me 3.

After he is fired from the Anti-Villain League for failing to take down the latest bad guy to threaten humanity, Gru finds himself in the midst of a major identity crisis.  But when a mysterious stranger shows up to inform Gru that he has a long-lost twin brother—a brother who desperately wishes to follow in his twin’s despicable footsteps—one former super-villain will rediscover just how good it feels to be bad. 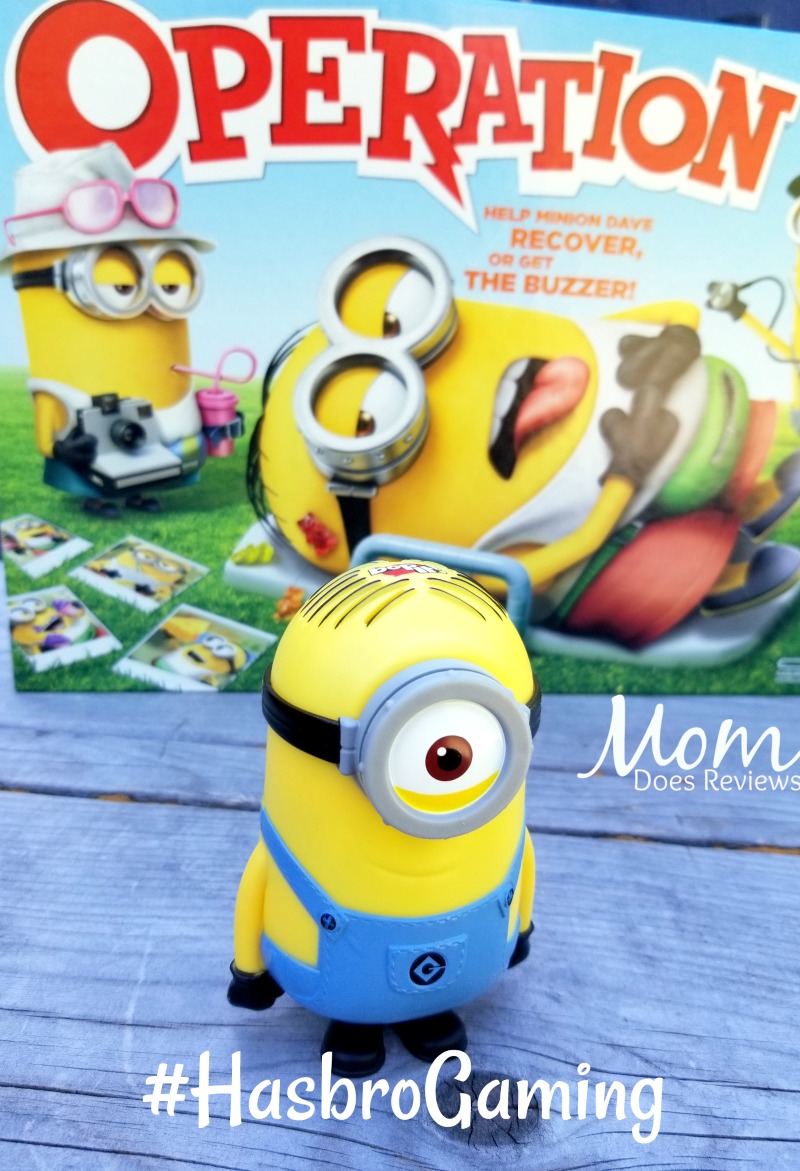 If your family LOVES Minions, be sure to enter below to win: 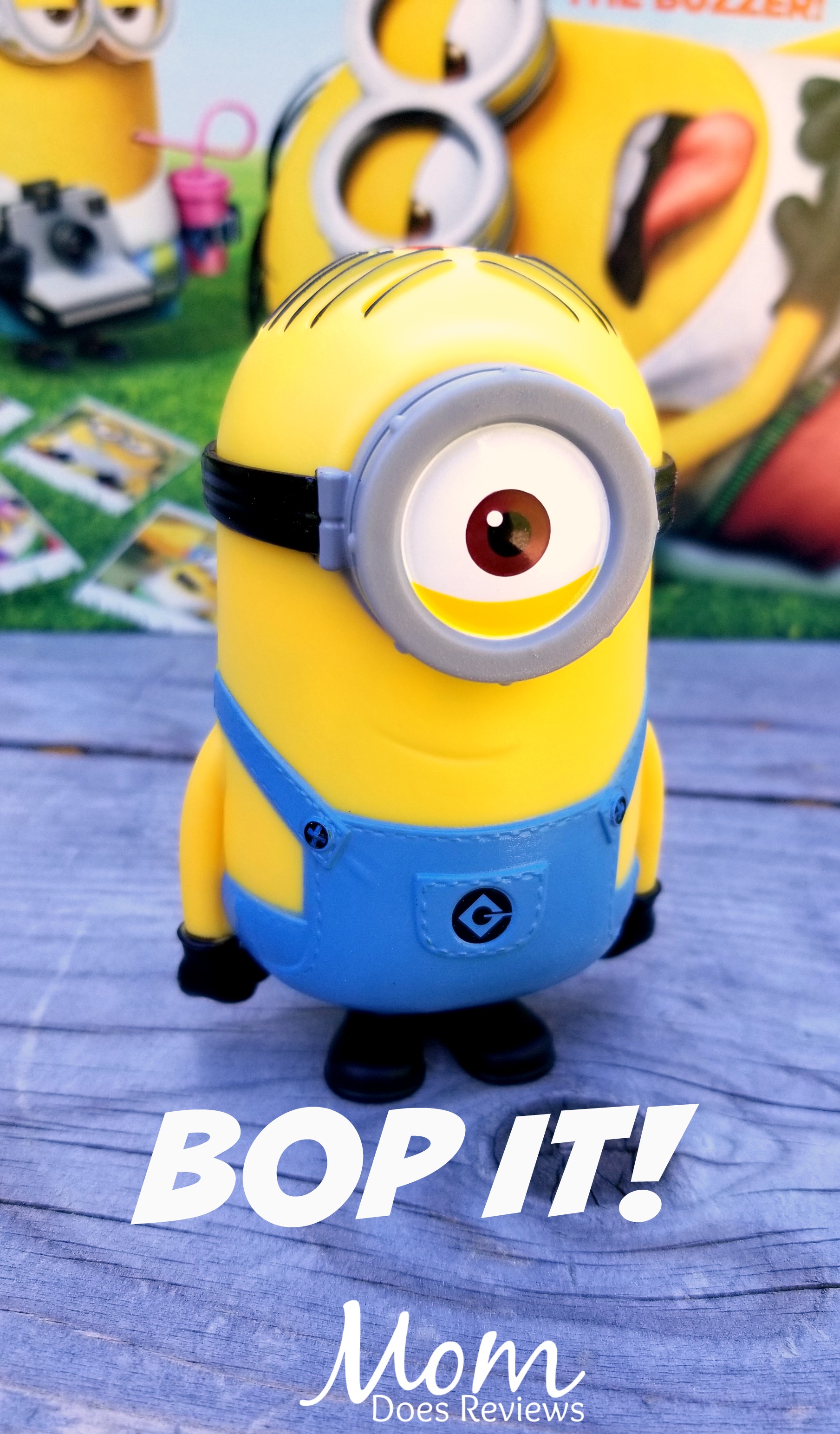 BOP IT! DESPICABLE ME 3 EDITION GAME

Get ready to pull it, twist it, and bop it with the BOP IT! DESPICABLE ME 3 Edition Game! Just like the classic BOP IT! game, players must quickly perform the silly actions called out by Agnes in order to beat the game! Pull down on Minion Stuart’s legs, twist his eyeglass lens, and bop the top of his head in this fun and fast-paced memory game. The BOP IT! DESPICABLE ME 3 Edition Game features the voice of the adorable Agnes and sounds of Minion Stuart. Requires 2 ‘AAA’ batteries, demo batteries included. 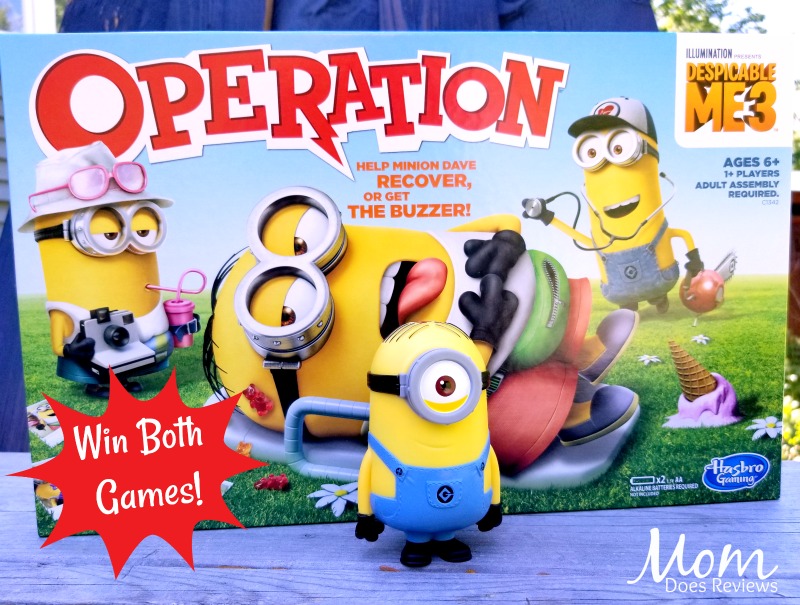 Available at most major toy retailers and on HasbroToyShop.com.  #HasbroGaming 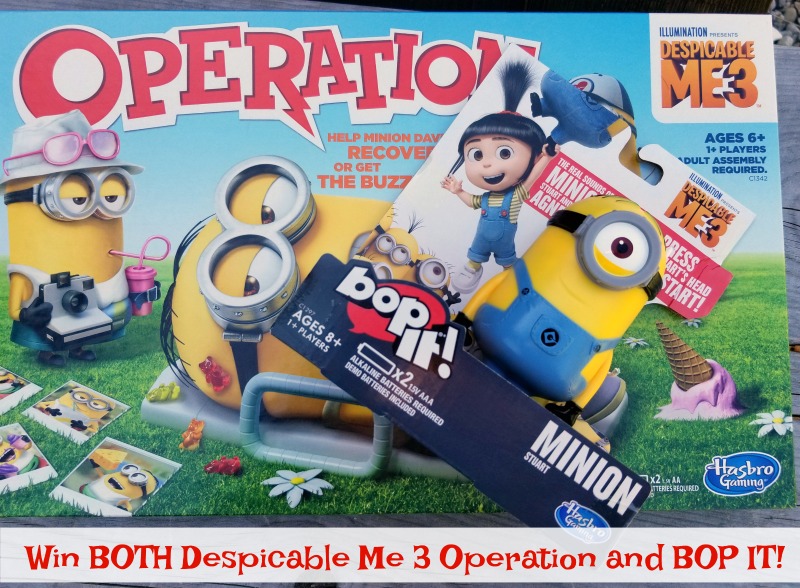 One lucky reader will win BOP IT! DESPICABLE ME 3 Edition Game

AND OPERATION: DESPICABLE ME 3 Edition Game

Prizing and samples courtesy of Universal Pictures and Hasbro Games 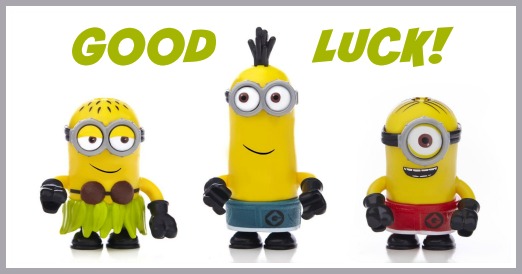