Have you and your littles seen Puppy Dog Pals yet?  If not, be sure to check it out on Disney Channel or DisneyJr.com! 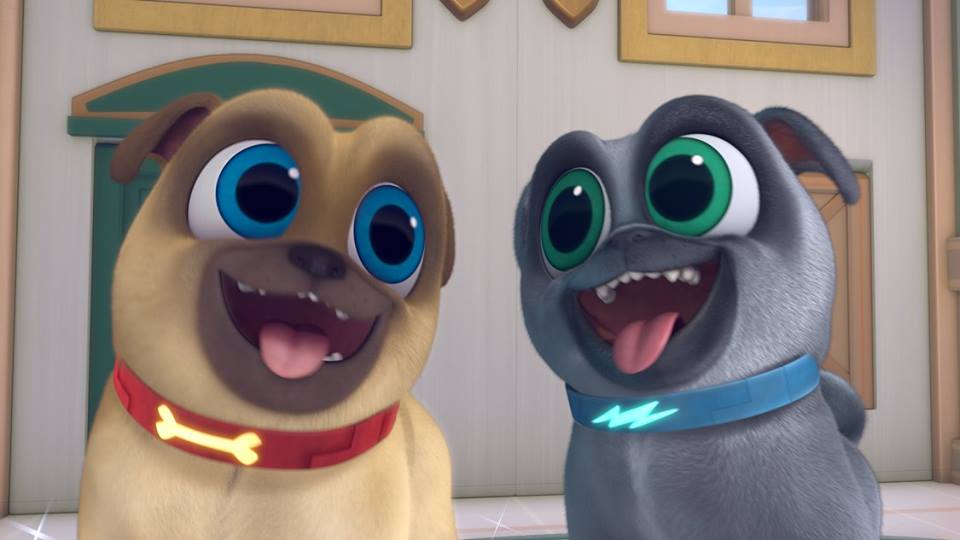 Puppy Dog Pals is an animated series about two fun-loving pug puppy brothers, Bingo and Rolly, whose thrill-seeking appetites take them on adventures around their neighborhood and beyond.  The series is created by comedian Harland Williams and executive-produced by Sean Coyle. 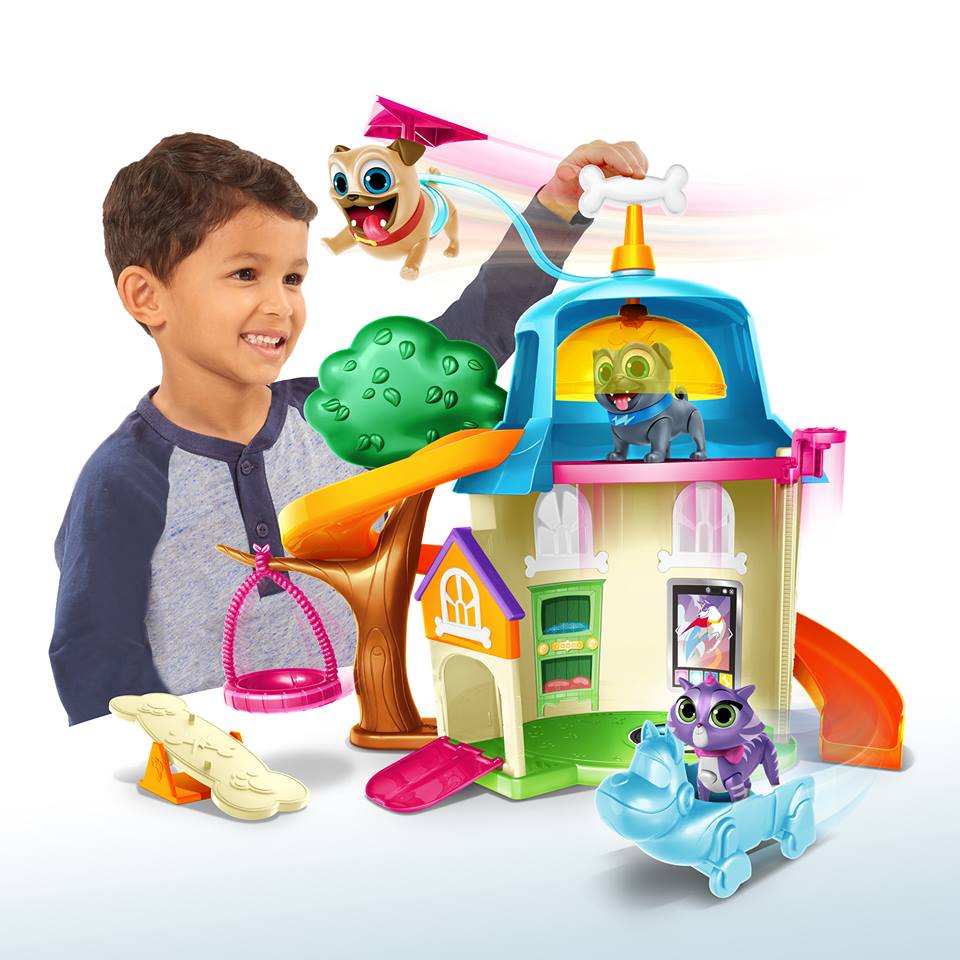 Fun-loving pug brothers and best pals Bingo and Rolly love playing and exploring together on the new Disney Junior series, Puppy Dog Pals, and kids can relive the fun with the action-packed two-story Puppy Dog Pals Doghouse Playset! Bingo and Rolly figures can ride the tire swing, take the elevator up and down, slide from the second floor into their ARF car, and even fly on a glider around the roof! The playset includes 3” poseable figures of Bingo and Rolly, one ARF vehicle and tons of exciting, kid-powered features! Ages 3+, SRP $29.99, Available Fall 2017 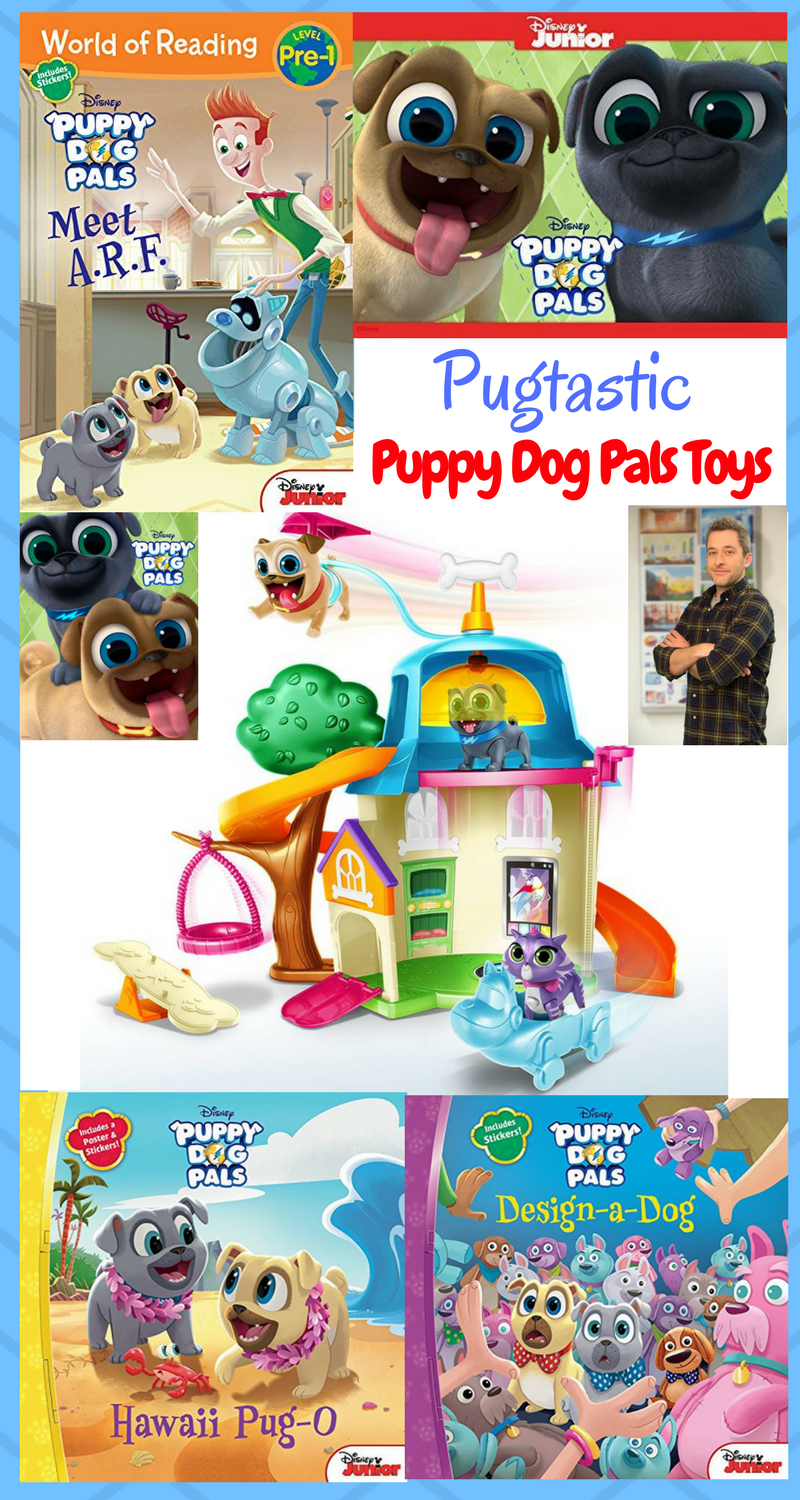 An 8×8 storybook based on a hilarious Puppy Dog Pals episode.

An 8×8 storybook with stickers based on a cute Puppy Dog Pals episode.

A Pre-Level 1 Reader with stickers based on a fun Puppy Dog Pals episode.

You can buy the First Season of Puppy Dog Pals on Amazon too! 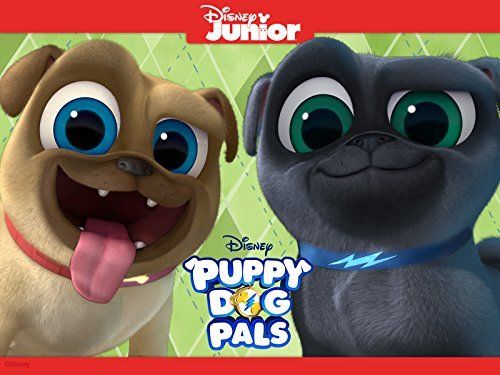 There will be MORE Puppy Dog Pals books coming out July, September and October!

Rolly and Bingo’s Jokes and Riddles is a 48-page book filled with full color illustrations and hundreds of puppy-themed jokes and riddles. Each page features the show’s trademark silliness, making this joke book no laughing matter!

In this Level 1 reader, the puppies find themselves skating on thin ice!

The pugs babysitting job turns into a real dog and pony show in the read-along story featuring the character voices from this hilarious episode!

Guess what? The Disney Store has some great T-shirts for the whole family, phone cases, water bottles and MORE! 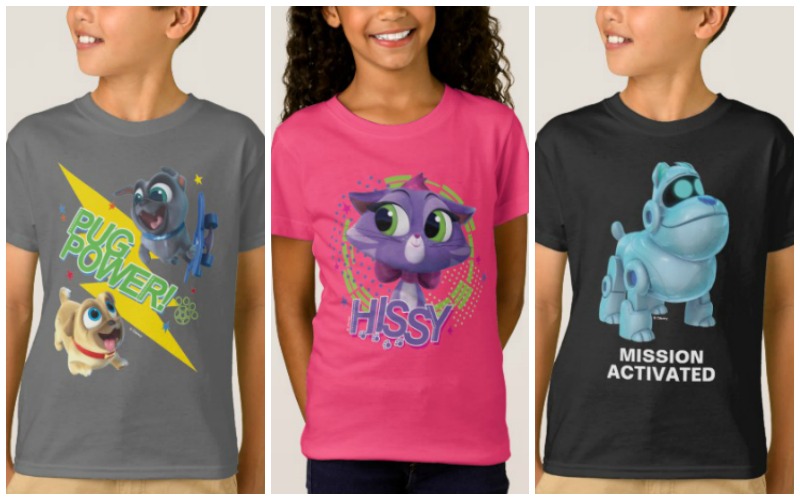 Be sure to keep up with Rolly and Bingo on Disney Junior‘s Social Media: