LEGOLAND, Where Everything is Awesome

How many young LEGO fans are there out there?  I know a few right off the bat that are LEGO fanatics.  Well where does a lover of all things LEGO go, LEGOLAND of course.  My family and I recently checked out the LEGOLAND in Winter Haven, Florida.  It is just a hop, skip, and a jump away from Orlando.  We enjoyed the sights, and it wasn’t that crowded in March when we were there.  Warning there is a chance you will be singing “Everything is Awesome” the entire day. 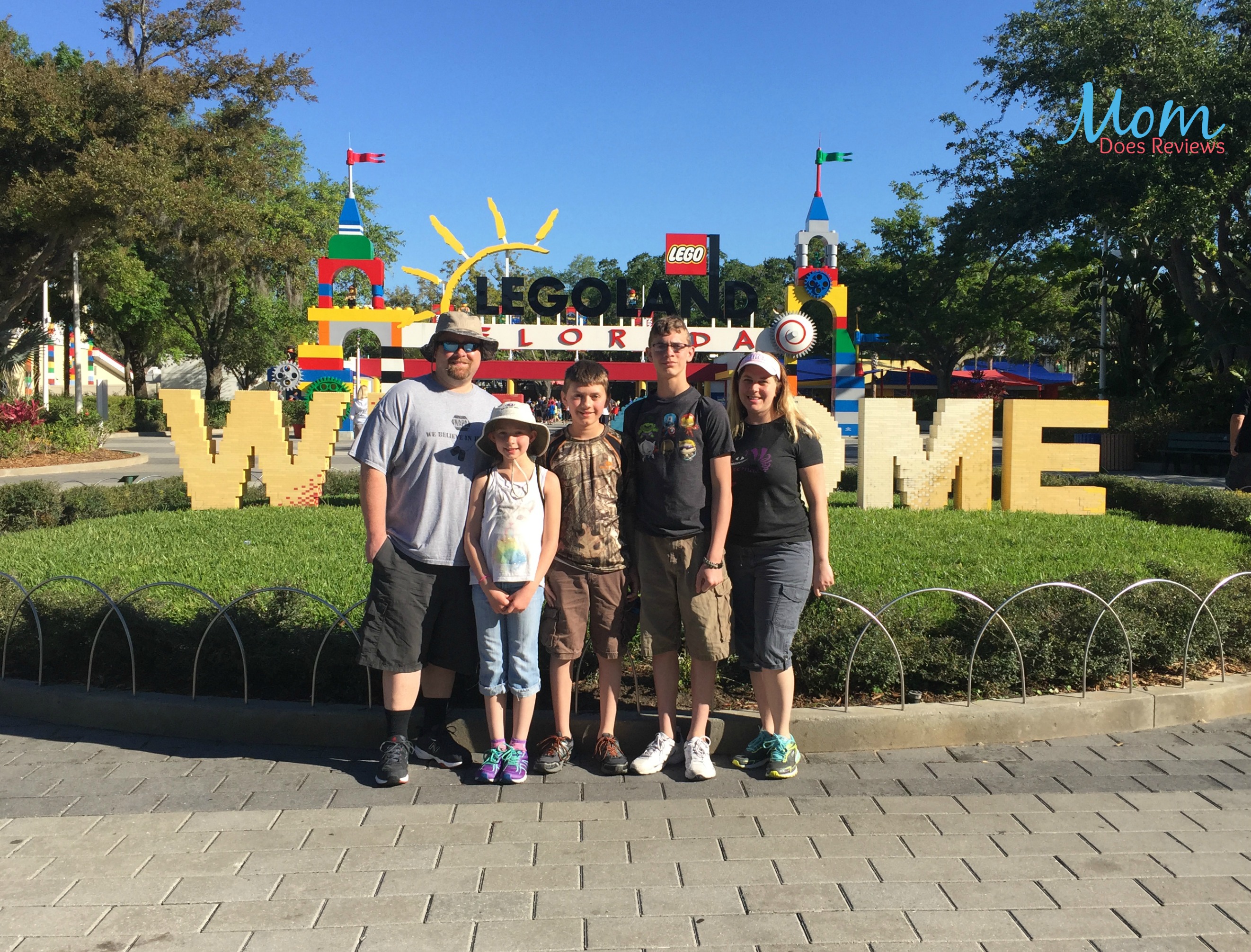 LEGOLAND is a fun theme park geared for children under 12 with rides, shows, amazing LEGO sculptures, and beautiful Cyprus gardens to stroll through.  As well as all that there is also a  water park on site with an extra ticket.  There is a LEGO Friends section that caters to the girl LEGO styles, with a cool horse ride, and a cute show.  For the very young children there is, Duplo Valley, full of cute Duplo farm animals and tractor rides.  Then there are the sections for everyone like the World of Chima, LEGO City, Land of Adventure, and Pirate’s Cove.  Since it was warm, the Chima water ride was a must do. 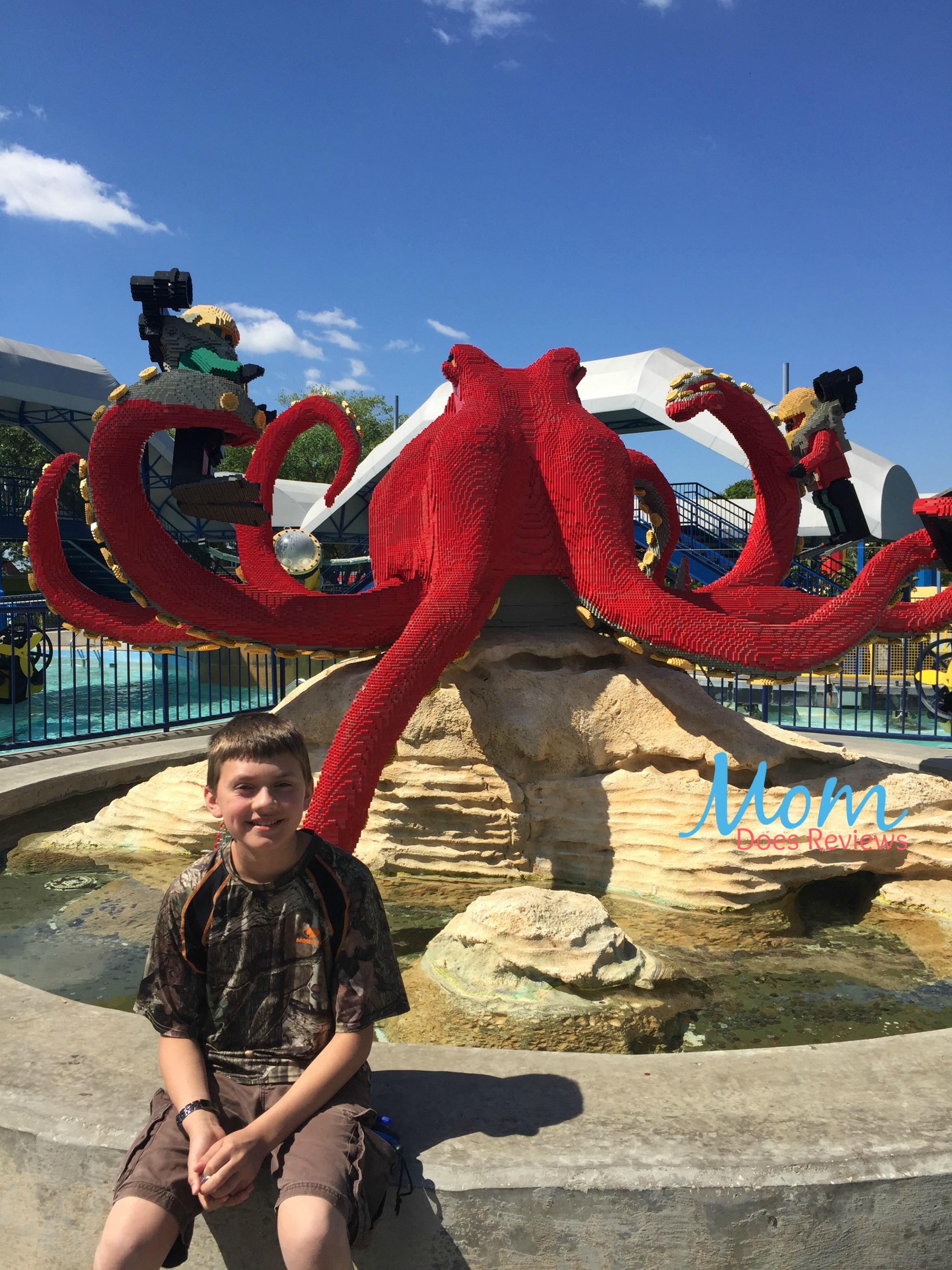 The LEGO creations all around the park were amazing to see.  Due to their intricacy, they really held our attention .  Plus some had information about how many bricks made them up and how long it took to make.  One dinosaur took 640 hours to build.  Wow, is all I have to say about that.  I really enjoyed all the LEGO details through the park.  Even the carousel was made up of LEGO horses. 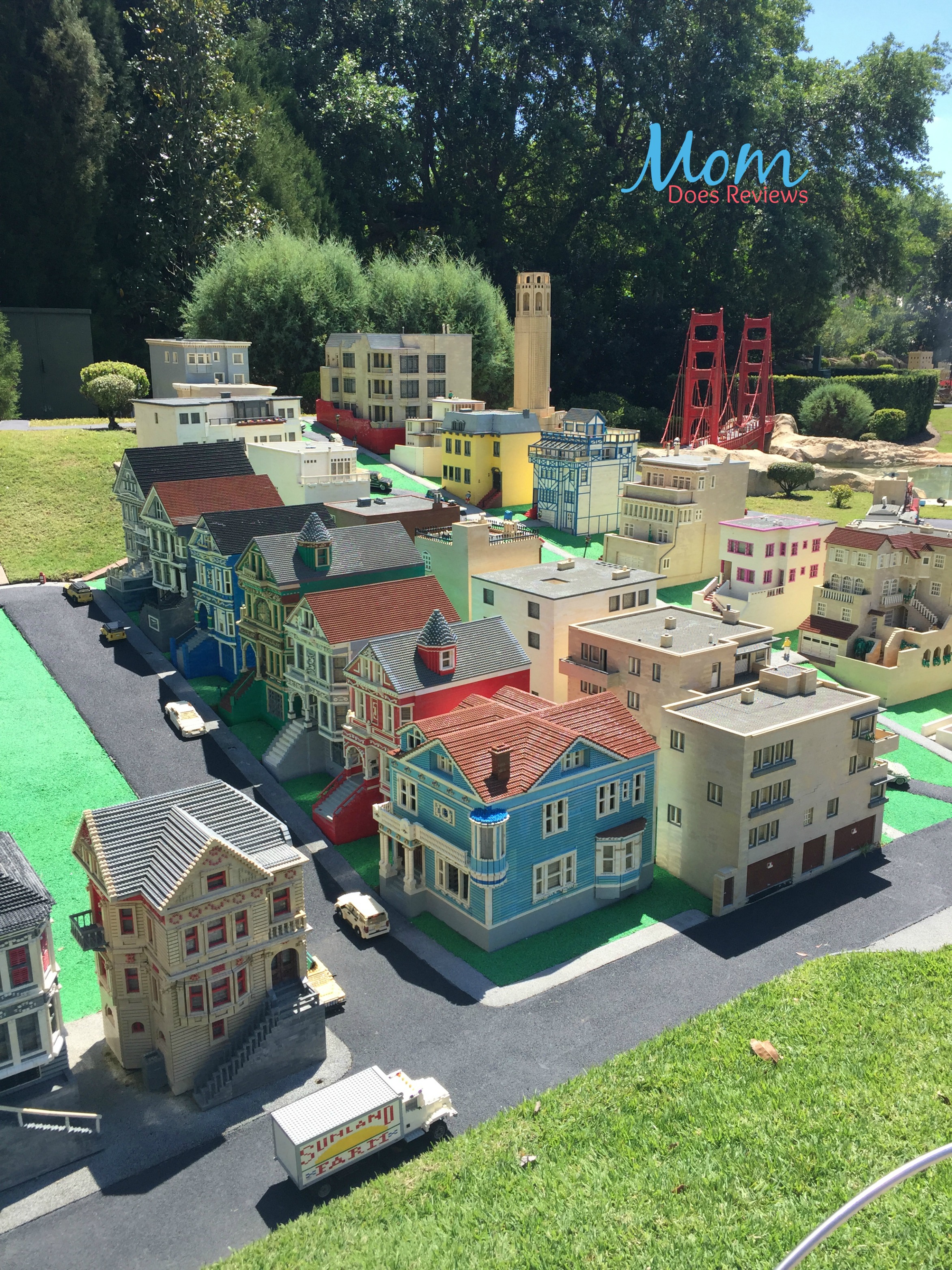 The coolest part to me was Miniland, where there were vast amounts of LEGO buildings resembling historic icons, small towns, and even Star Wars creations. Since there was so much to take in, I think you could spend the entire day in this area and never run out of things to see.  It was all made from LEGOS and it was breathtaking.  There was a section of Las Vegas, The White house, Nascar racing, famous landmarks, and so much more.  You really would have to see it all to believe the time and thought that went into this section. 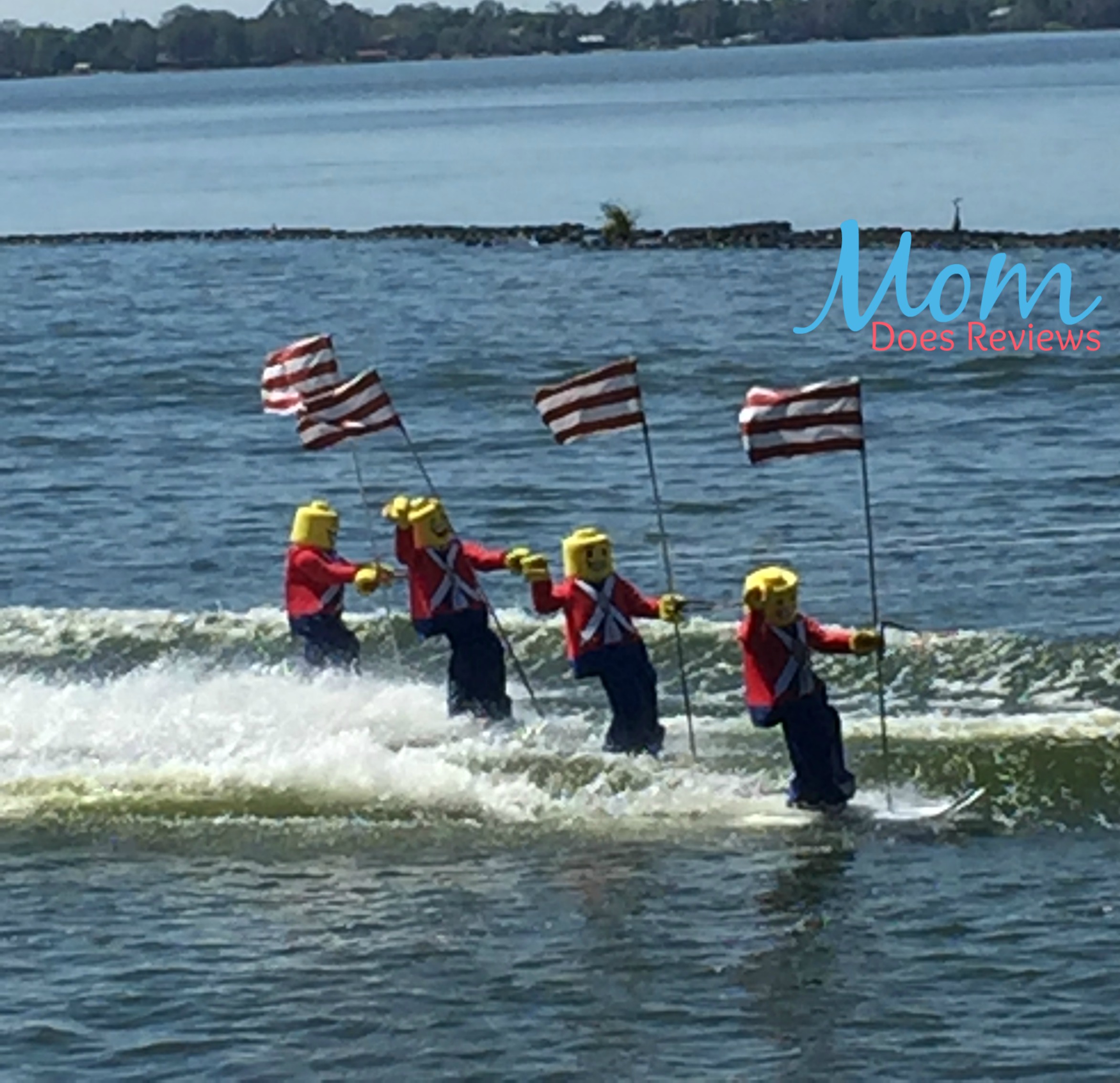 Our favorite show was in Pirates ‘cove.  I have to admit that it was the first time I have ever seen LEGO men ski!  They did a great show with many stunts, and plenty of comedy.  It was fun for all ages.  There were also some 4D shows starring the cast of the LEGO movie.  What fun to get to see them all again.  Most noteworthy about LEGOLAND is mini figure trading.  You can bring in your mini figures, or buy some there and trade with all the park employees.  That was super fun for my daughter who was on a mission to get a Harley Quinn LEGO girl.  Sadly she failed to find her but did get the Joker, and was happy.

PIN IT FOR LATER! 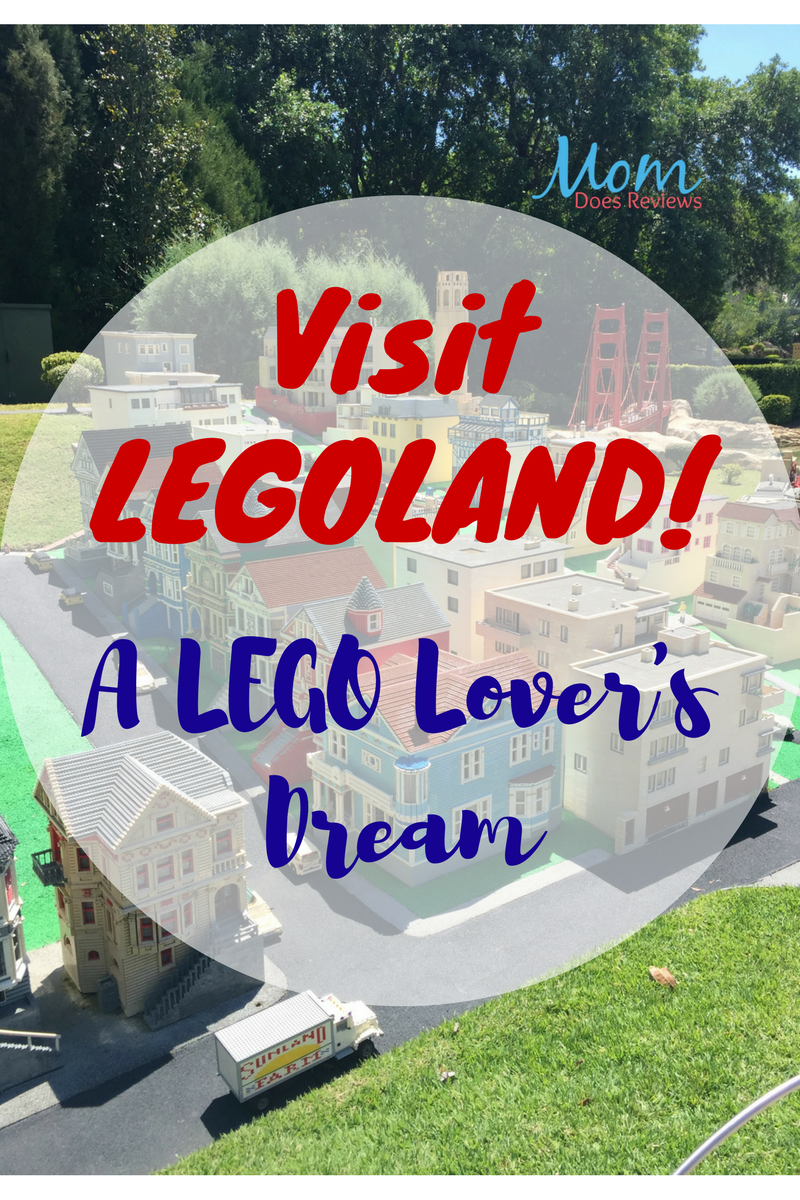 If your child is a LEGO fan, they will love LEGOLAND.

It is a fun, family adventure.

You can check them out on:

Get LEGOS on AMAZON!