Some kids are daredevils. They start early. Climbing higher, running faster, taking chances, and doing it again even after suffering an injury. They see doing the things others are afraid to do as thrilling. If it were not for this special breed of child, we would not have Hollywood stunt people, race car drivers or even astronauts. Here are four ways to manage your teenage daredevil.

Illusionist David Blaine uses endurance as part of his act. He has stood on a 100-foot pillar for 35 hours, was frozen into a block of ice for almost 67 hours, held his breath for a little over 17 minutes and a lot more. The key to his dangerous, yet successful, stunts is training as noted in an article on performancefreediving.com for Blaine’s “Drowned Alive” stunt. Regardless of whether your daredevil teen likes to climb, jump, go fast or endure things other people cannot, there is professional training to let your teen be safer. Your teen’s curiosity and risk-taking readiness should be tempered with professional instruction.

From Robbie Maddison’s 346-foot motorcycle jump, to your backyard daredevil setting up a ramp made out of scrap wood, to jump a bicycle over an object, it is the laws of physics that determine success or failure. Your teen may not even be aware that math and a deep understanding of physics, geometry, chemistry, geology, biology and more can help them not only break records with their daredevil behaviors but keep them much safer when doing it. Some companies, like Bob’s Cycle & Snowmobile Supply, realize that no stunt by a professional daredevil is done without first developing a plan and running the equations to see if the stunt is theoretically possible. Teach your high-risk teen that trial-and-error learning results in more broken bones and longer time periods between adventures while planning and testing ensures a high likelihood of success.

You may have a teen that has an overwhelming need to drive or ride fast. Channeling that behavior into organized racing sports lets your teenager get the craved adrenaline fix but does it in a controlled environment with other experienced drivers or riders. For example, your teen racing around on a motorcycle in jeans and a tee shirt on a local road or trail is much more at risk for injury than if the racing was done on a specially designed racetrack surrounded by other experienced riders who are all wearing proper Motocross safety gear. The motocross helmets, gloves, pants, jackets, boots and protective pads are body armor to protect riders. Motocross gear allows motorcyclists to race in the dirt and get up and walk away if they have an accident. 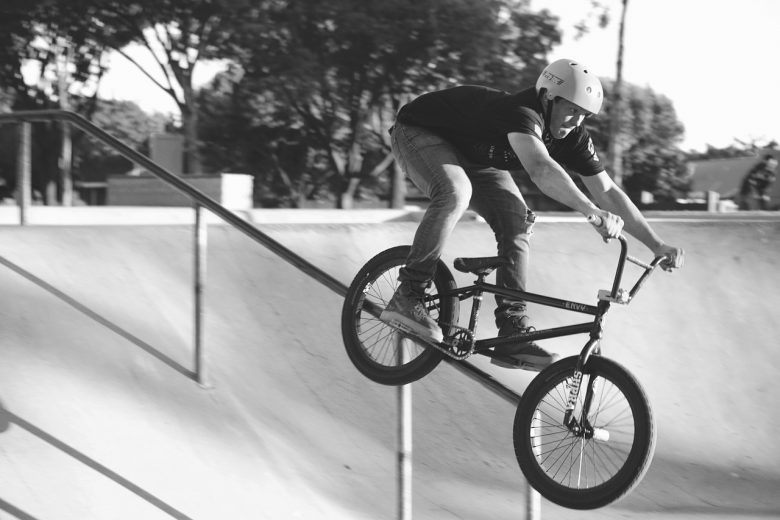 Some kids lack impulse control. There can be any number of medical, neurological or psychological factors that play into it. Being a daredevil is more along the lines of being the first to attempt to do a physical act that seems risky but is not illegal. If your teen is dabbling in illegal activities due to a lack of impulse control, professional help should immediately be sought. For your daredevil teen who just wants to go faster, climb higher, jump farther or take things longer, you must set clear boundaries of where they can act out their behaviors. Your teen must understand that rules apply to them such as no texting and driving and no driving fast unless on a racetrack. Grounding and loss of privileges still work as punishments for infractions, so do not be afraid to enforce where and when daredevil behavior is not acceptable.

You cannot change teenagers who are drawn to things such as extreme sports, but you can work diligently to guide them toward proper ways for them to channel their desire to take risks. Human beings would have never reached the moon if is were not for people who were actually drawn to take risks to do something no one else has ever done. On the other hand, humans would not have reached the moon if they did not train and plan either. Teach your daredevil teen that reaching their own moon landing takes training, education, planning and at least a little patience.