Whether you intend to display the national flag on Independence Day or on any other day, gazetted or not, the flag must be handled expertly and with care. The flag, the stars and the stripes, is considered a sacred item and must be used/handled cautiously and respectfully. To adhere to this and the regulations amended in December 1942, pay attention to the following guidelines on how to display the flag, hoist or lower it. 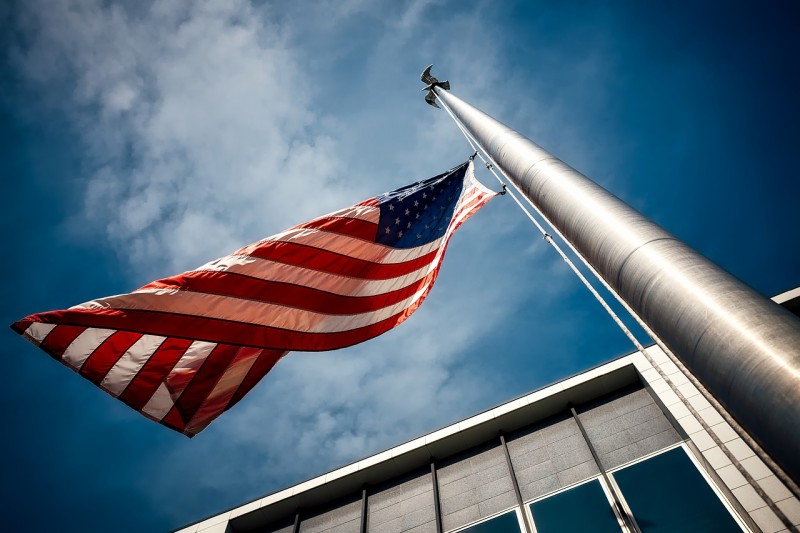 You should display the flag from sunrise and sunset on flag poles in the open. The flag can only be up 24/7 when you illuminate it or on special occasions for a stronger patriotic effect.

If you hoist the flag vertically on a wall, door, or window, the Union sign marked in blue should be on the left side of an observer. If it is hoisted vertically or horizontally against a wall, the Union should also be on the observer’s left side. Ensure that no other flag is placed above the US flag or to the right of the flag is on the same level. The US flag must always be hoisted above state or any other flag.

You shouldn’t display the flag in inclement weather. The flag shouldn’t be displayed on float except from a staff. You shouldn’t hoist it or drape it over the sides, the hood, the top, or the back of a vehicle. When necessary to place the flag on a vehicle, the flag must be fixed to the chassis.

Do you know what the US flag stands for? The American flag stands for independence of the country and all its states shown by the stars. Red symbolizes valor and strength, white; innocence and purity, while blue symbolizes perseverance, vigilance, and justice.

The flag is half-staff when the flag is one-half the distance between the top and the bottom of the flag pole. This is done upon death of the president or the former president, vice president, Chief Justice, associate justice of the Supreme Court, a United States Senator, representative or delegate, or a governor. The number of days for half-staff flag varies for all these persons.

In conclusion, there are many other conditions and rules that govern the display of the American flag. Adhere to these and the rest will follow. You should also know how to fold, clean, hold, store, and how not to use the flag.

Viola Grover is a patriot and freelancer known for her insightful articles about America and her flag. Visit her blog to read more on what the US flag stands for. You can also follow Viola on her twitter handle @