This new DVD, features five new episodes and is packed with laughs, music, beloved characters and heart, The Lion Guard: Life in the Pride Lands is a must-own for the entire family! Bring home this heroic adventure on Disney DVD January 10th!

Rough, tough and roarin’ to go, your favorite heroes are back for more epic adventures in The Lion Guard, the animated series that continues the storytelling of Disney’s The Lion King. 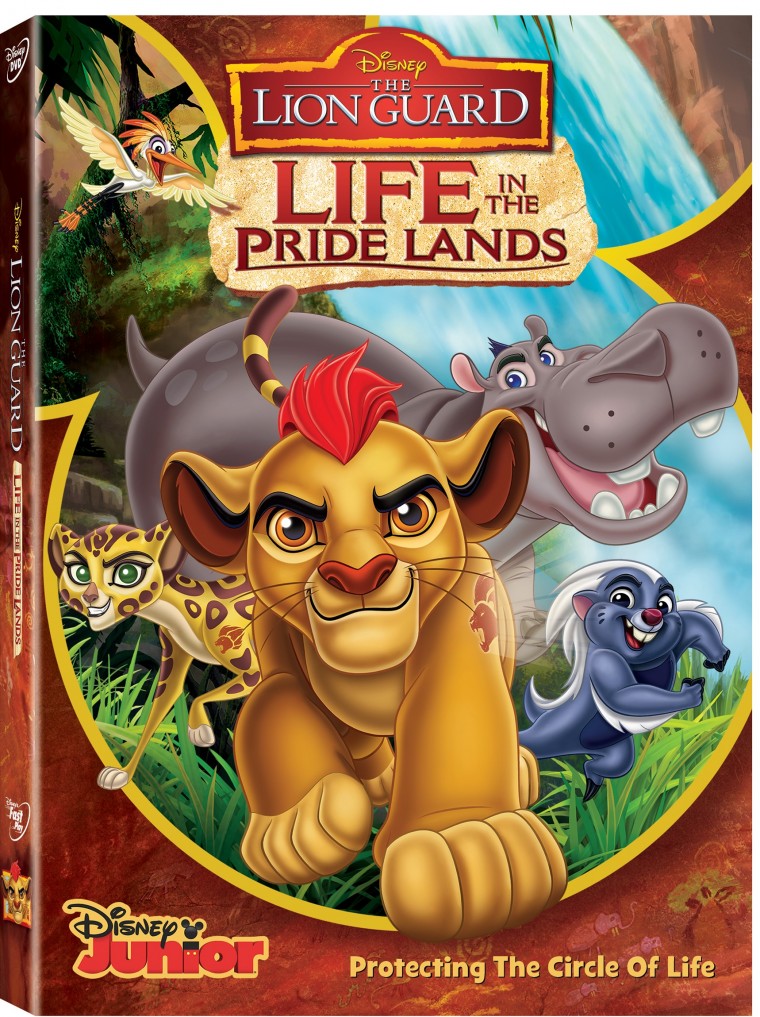 Join Kion and his diverse group of friends as they celebrate unity within the Circle of Life and protect the Pride Lands in five action-packed episodes also featuring Simba, the spirit of Mufasa and the hilarious antics of Timon and Pumbaa.  You’ll go wild for all the ferocious fun, because whether the Lion Guard team is tracking a rogue leopard, foiling tricky jackals or facing stubborn crocodiles, Life In The Pride Lands is always “hevi kabisa” – totally intense!

Rob Lowe (“The Grinder”) as Simba; Gabrielle Union (“Being Mary Jane”) as Nala; Max Charles (“The Amazing Spider-Man 2”) as Kion; Joshua Rush (“The Adventures of Puss in Boots”) as Bunga; Atticus Shaffer (“The Middle”) as Ono; Diamond White (“Sofia the First”) as Fuli; and Dusan Brown (“Blaze and the Monster Machines”) as Beshte. Many of the beloved characters from “The Lion King” reprise their roles, including Ernie Sabella as Pumbaa.