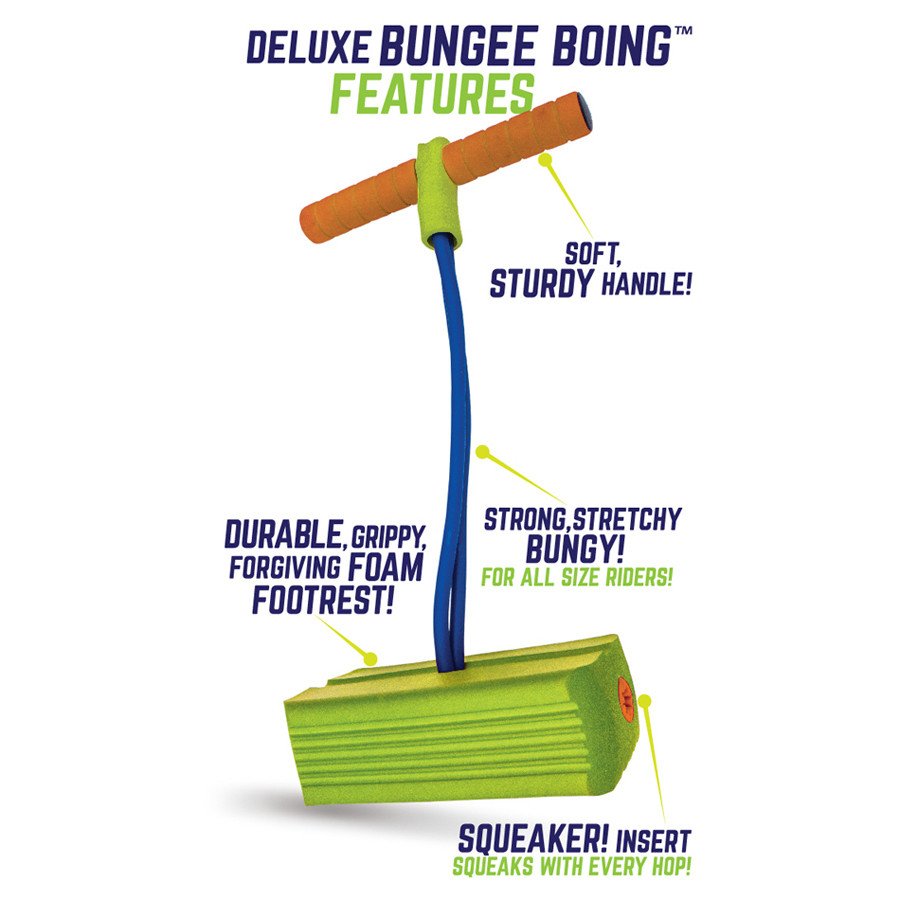 That’s right mama.  The pogo is back and it’s better than ever.  All three of my kiddos, ages 8-13, were itching for their round on the pogo.  They loved how it squeaked with each bounce!  This mama even had a go on the pogo and can attest, it’s loads of fun and quite the workout.  The kids made laps around the house laughing away, none the wiser.  They were having a blast and building muscle at the same time.  Score – mom!  The “bungee”, as opposed to the traditional stick, is genius as it enables family and friends of varying heights to bounce comfortably.  It’s also extremely lightweight, you could seriously carry this thing anywhere. 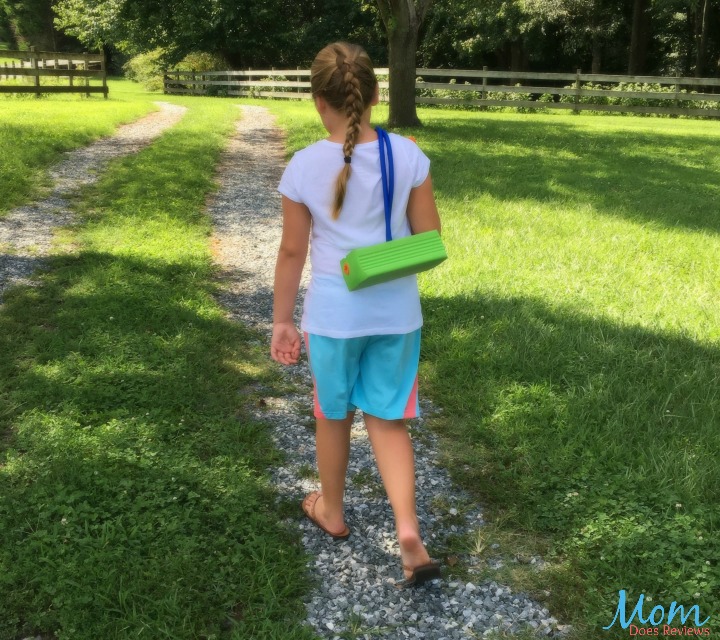 “The Deluxe Bungee Boing foam bouncing toy is the squeakiest, easiest pogo ever! A perfect “starter” pogo for ages 3 years and up. Soft sturdy foam, a bungee cord in place of a fixed stick, and a comfortable padded handle bar for endless jumping! Goes “squeak!” with each bounce, encouraging little ones to keep on going! Can be used indoors or out.” 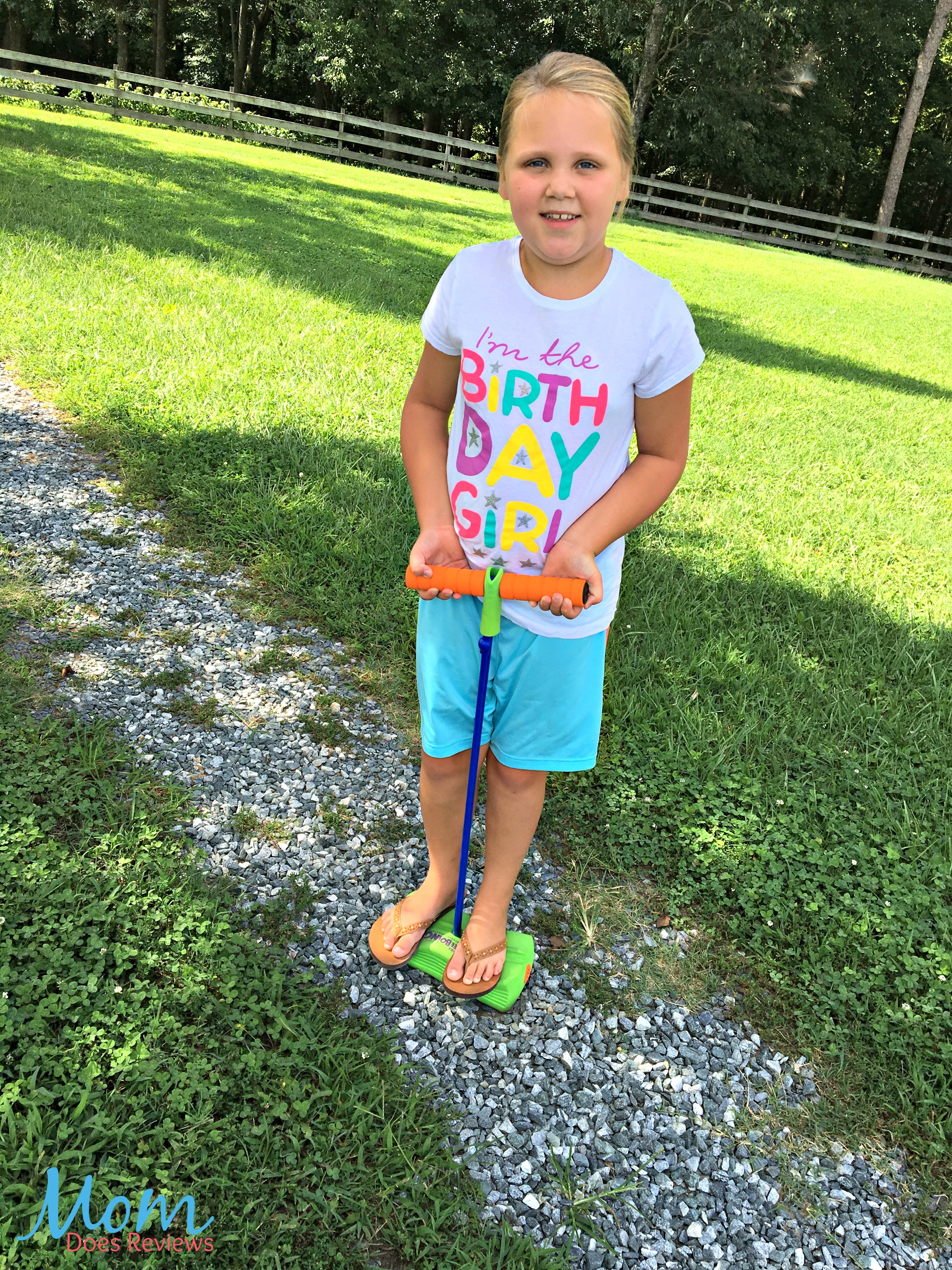 We also tried out the Geoflux Spring.  My 11 year old was amazed as it rolled up and down his arm, while my 13 year old formed an atom out of it.  The princess of the family carried it around pretending it was a beautiful flower.  I love the fact that this spring encourages children to use their imagination. 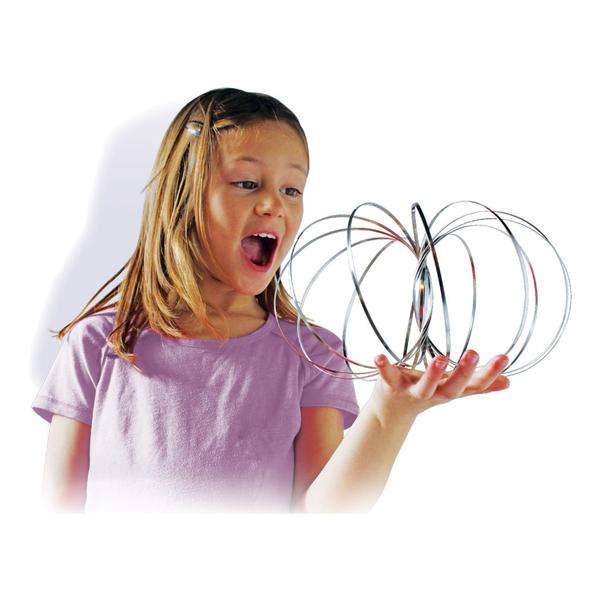 “A fantastic party trick and exercise tool, it “fluxes” easily from person to person. Or place GeoFlux on a broom handle, lower one end slightly, and watch as it moves along the shaft, twirling so rapidly it looks like a giant soap bubble. Constructed of one continuous band of rugged stainless steel, GeoFlux folds flat for easy storage in the included travel pouch. “

Geospace carries a variety of interactive products that encourages kids to put down the electronics,  get moving and use their imagination! Head on over here and browse their website and let us know what your favorite product is.

We have added Geospace to our Christmas Gift Guide! 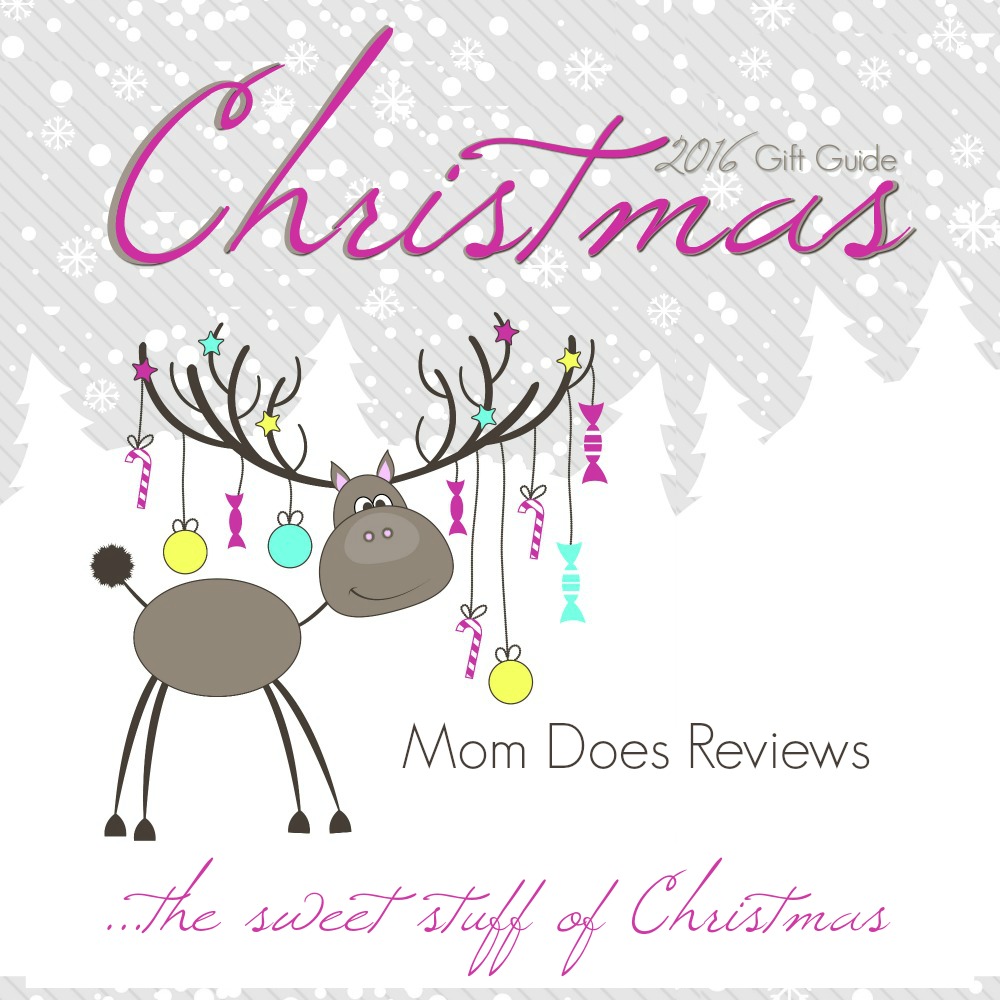